Since I had arrived in Cappadocia, a huge thick, fat cloud sat above me, which alternately covered me with heavy rain, hail, thunderstorms or snowfall in combination with fog. Since one moves in Anatolia usually on a sea level between 1500 and 2500 m, the temperatures were rarely higher than 5 degrees.
The passes were covered with snow all the time, my planned side trip to Nemrut Dag had to be cancelled after 100 km of serpentines, because shortly before the finish the road was closed because of the snow. According to the weather forecast this was the view for the last 2000 km until I left for Georgia. 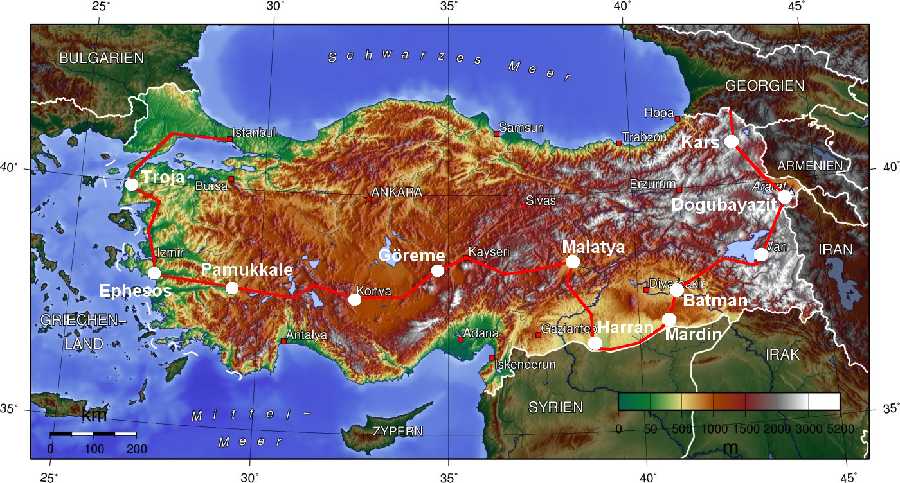 In addition, I was now really in the East. The people became more friendly, but the roads outside the big cities are narrower and more porous, sometimes there are only dirt roads or they were polluted with clay by the tractors.
Longer continuous journeys were not to be thought of any more, longer breaks due to the cold or heavy thunderstorms became a part of the daily journey. The daily mileage dropped rapidly, twice even below 200 km. Mostly the clothes were already soaked in the morning, in the hotel rooms without sufficient heating it was not possible to get them dry overnight. At the first rain the boots filled up with water that did not want to come out until the evening.
So all in all the perfect conditions for a relaxed motorcycle trip. Nevertheless I had to go on, because Gürcestan (= Turkish name for Georgia) was waiting. 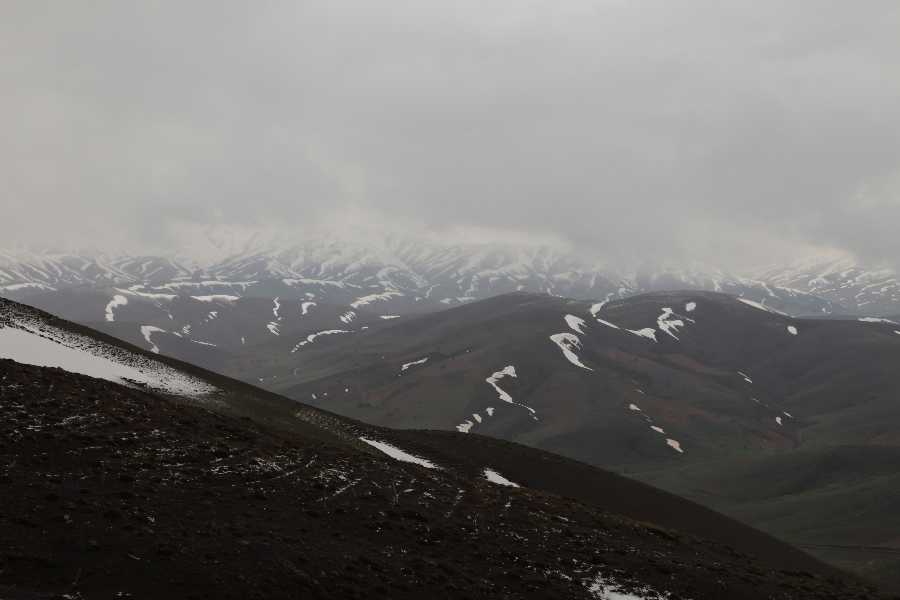 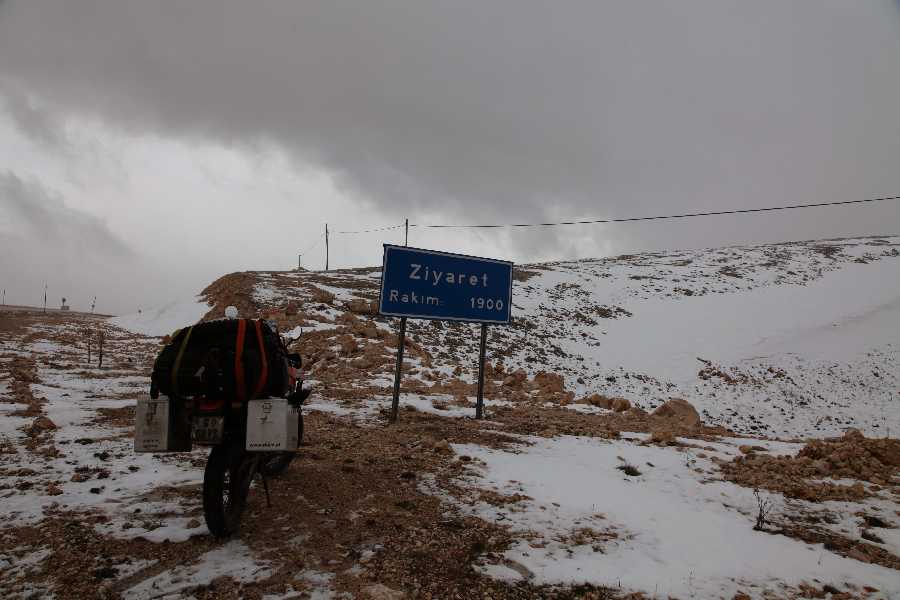 The trip for two days to the former northern Mesopotamia along the Syrian border did not bring less rain, but the temperatures were on average 5 degrees higher than in the mountains.
This is the part of Turkey that I personally liked best, reminded me of the naturalness of the people and the smells in the alleys of India. Arabic is spoken in the villages, Turkish is only learned at school, if at all. If you stop somewhere, you are immediately surrounded by a lot of curious people. The questions always revolve around the same topic – how much CCM does the motorcycle have and how much does it cost. You just notice that there are hardly any tourists in this area, except maybe in Harran. 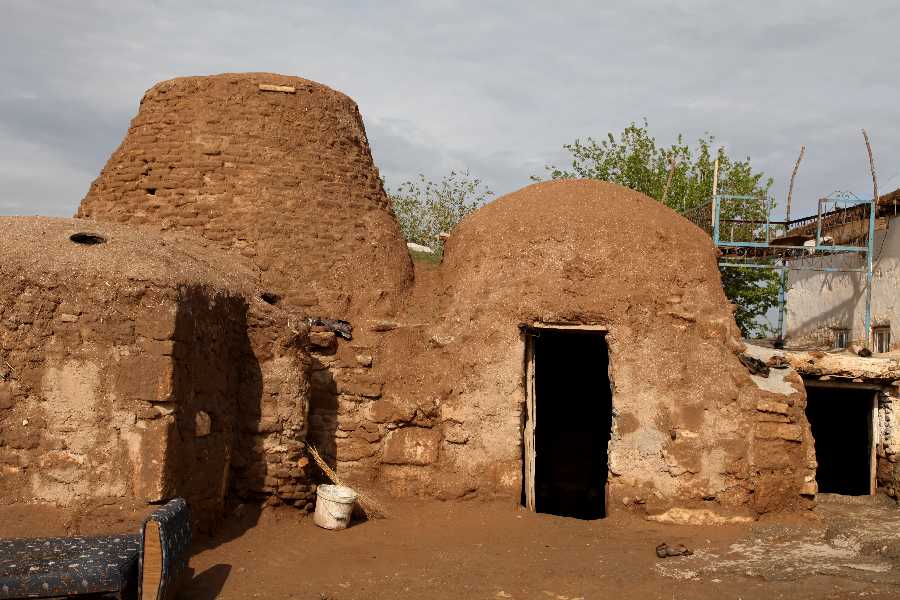 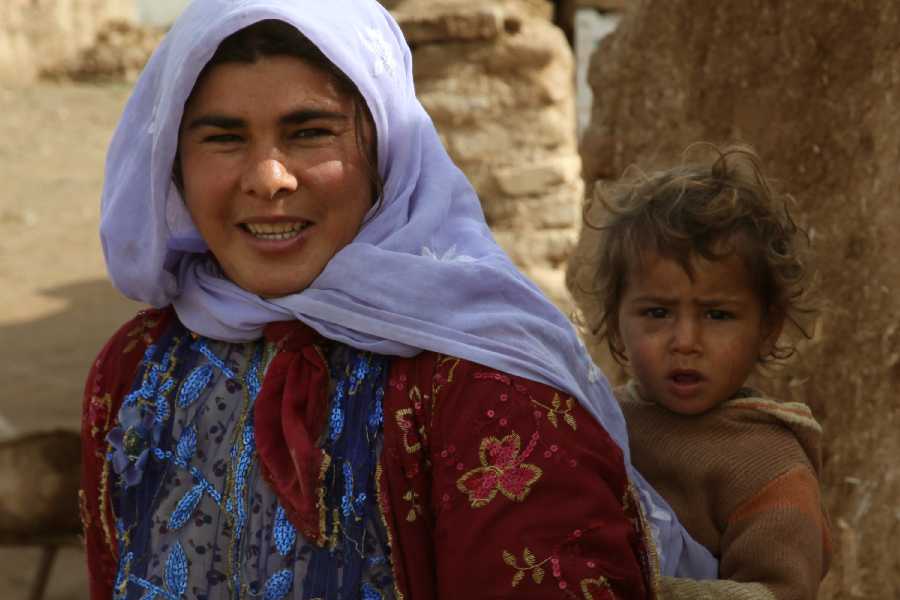 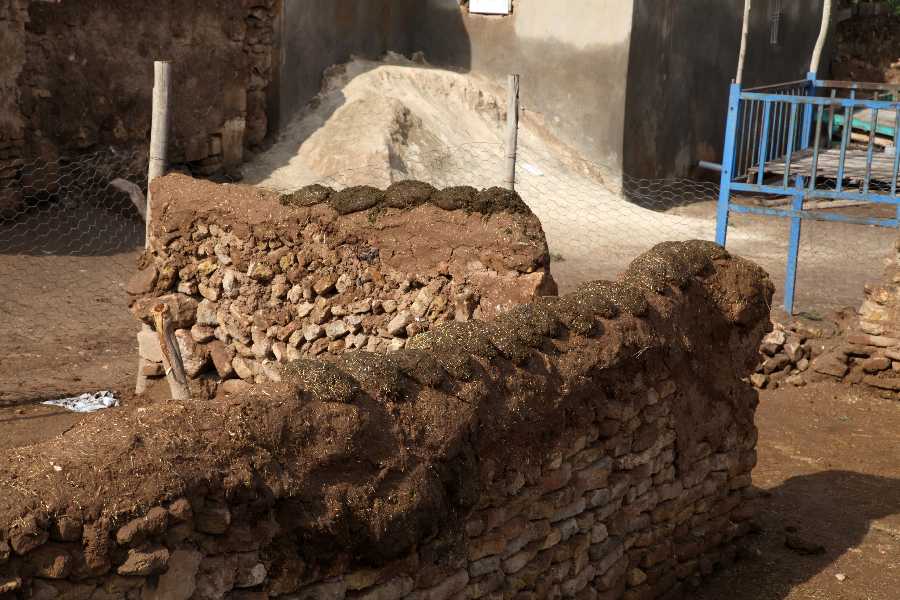 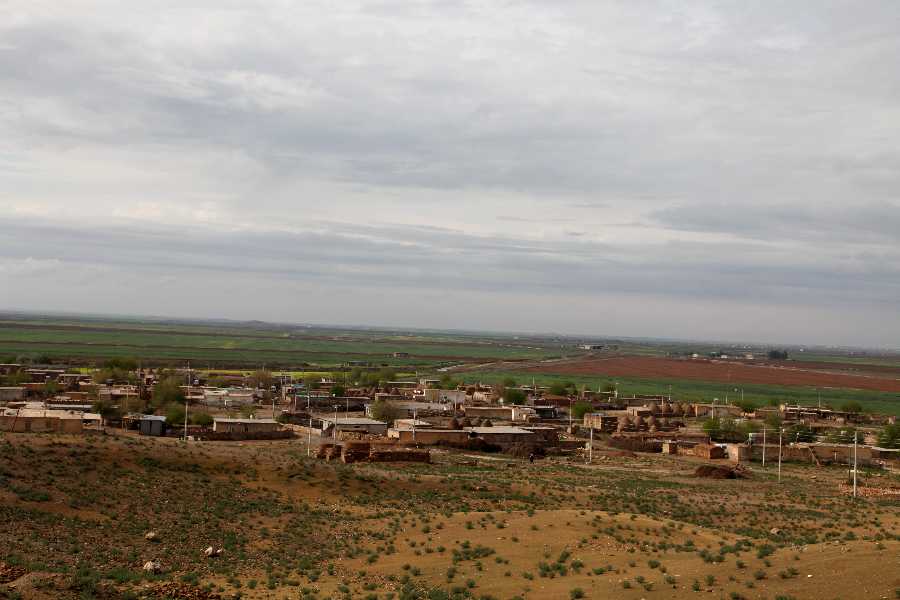 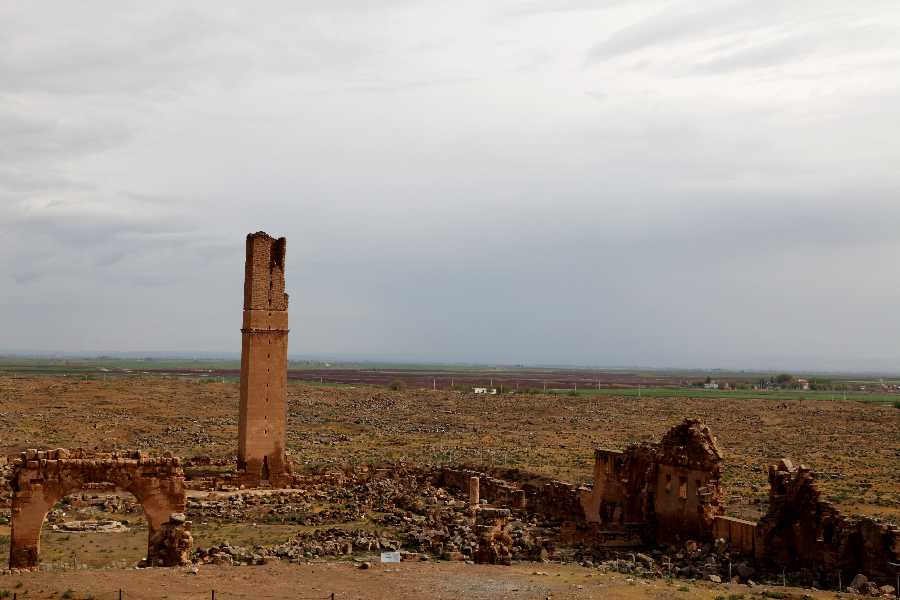 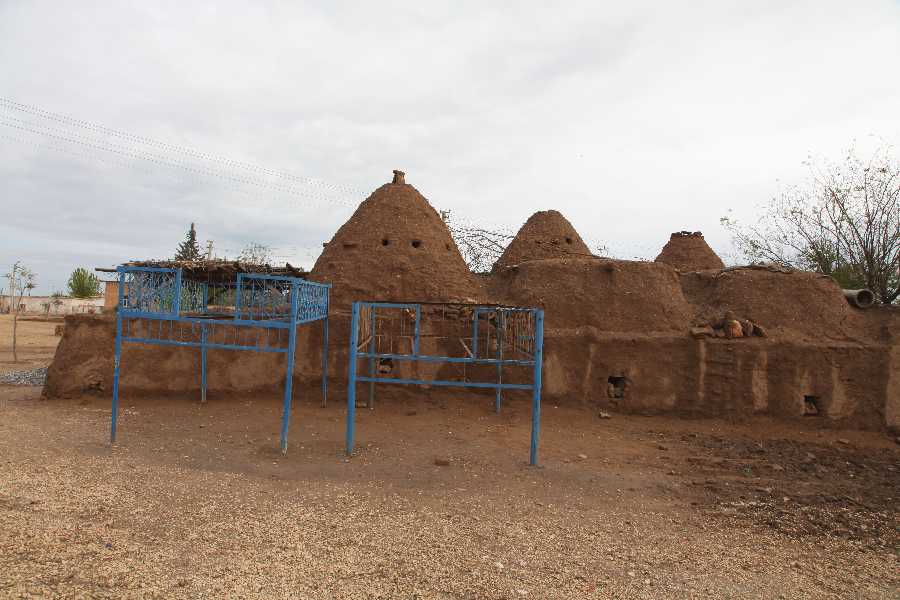 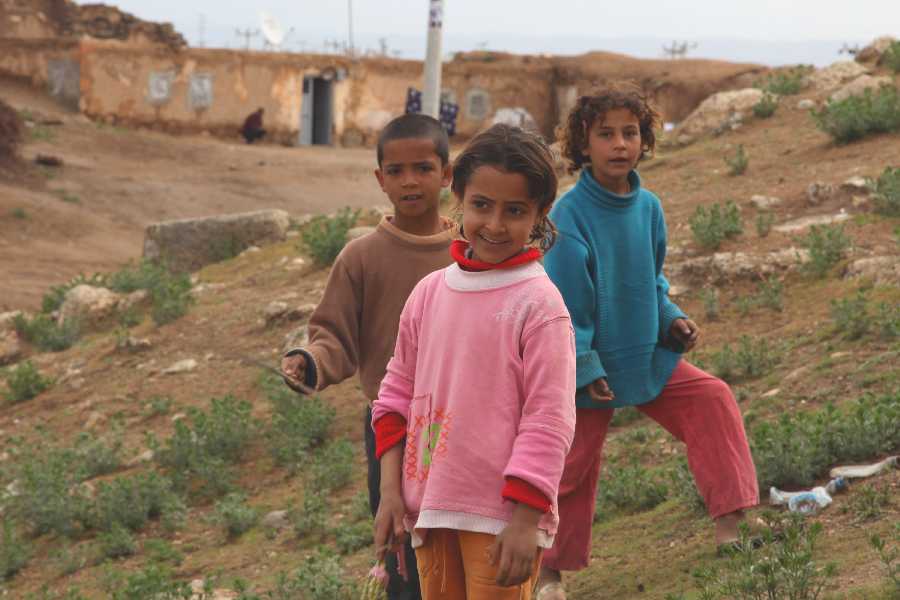 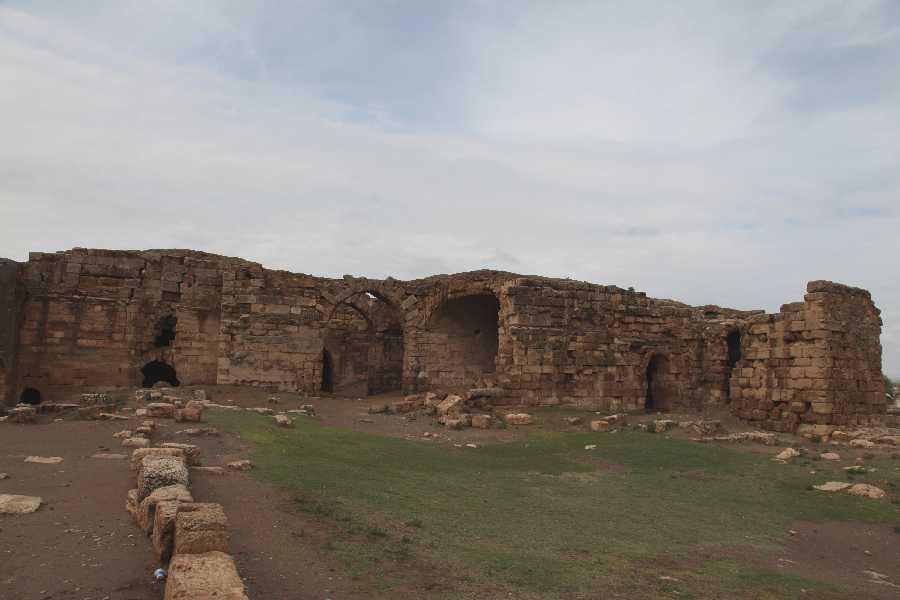 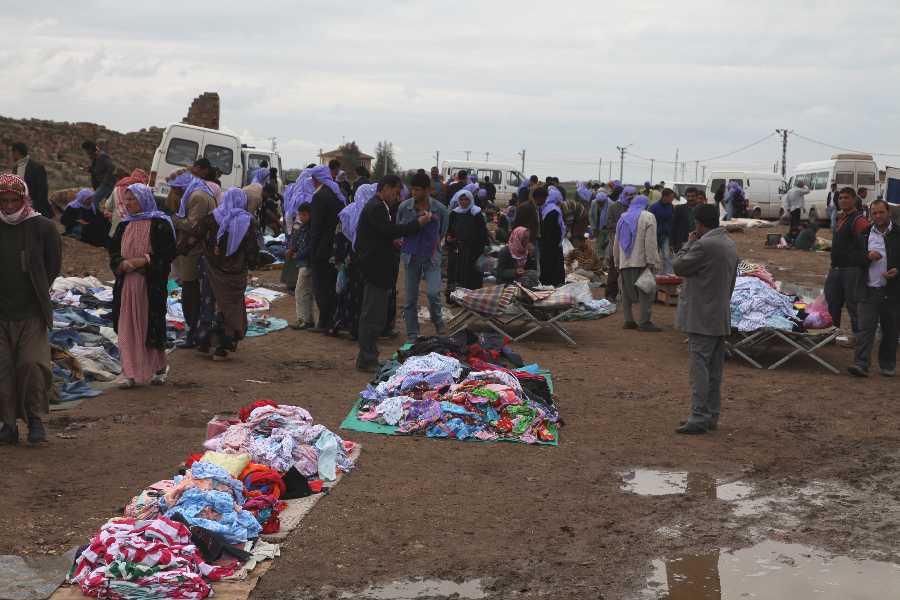 The road from Akcakale to the east, right at the border to Syria, is a gravel road in terrible condition and leads through dozens of small villages. It had rained, through the mud the bike and I were breaded with mud – I could not get the mud completely off the bike until now. Besides, along this route the border between Turkey and Syria seems to be open, because when I reached the next bigger village after about 120 km, I had to pass some kind of border crossing. 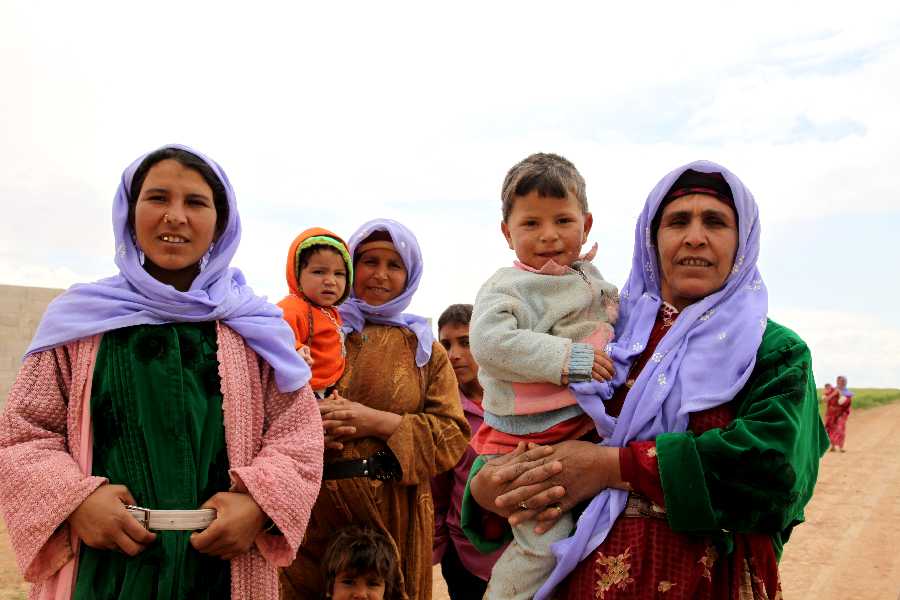 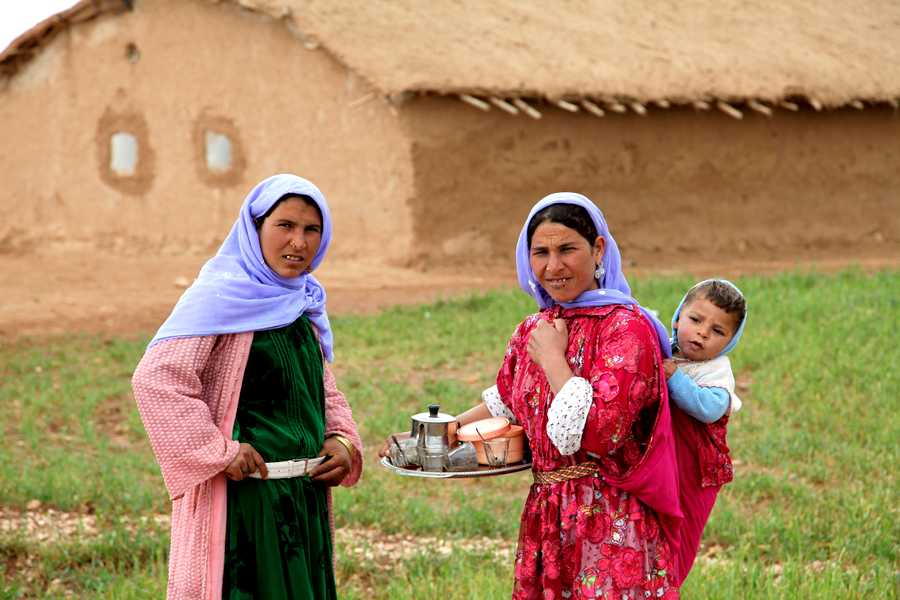 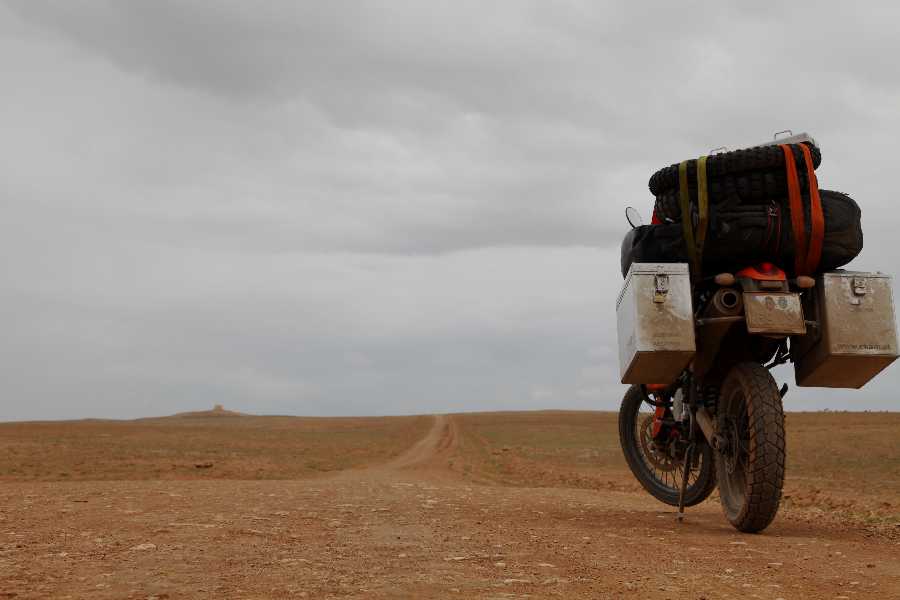 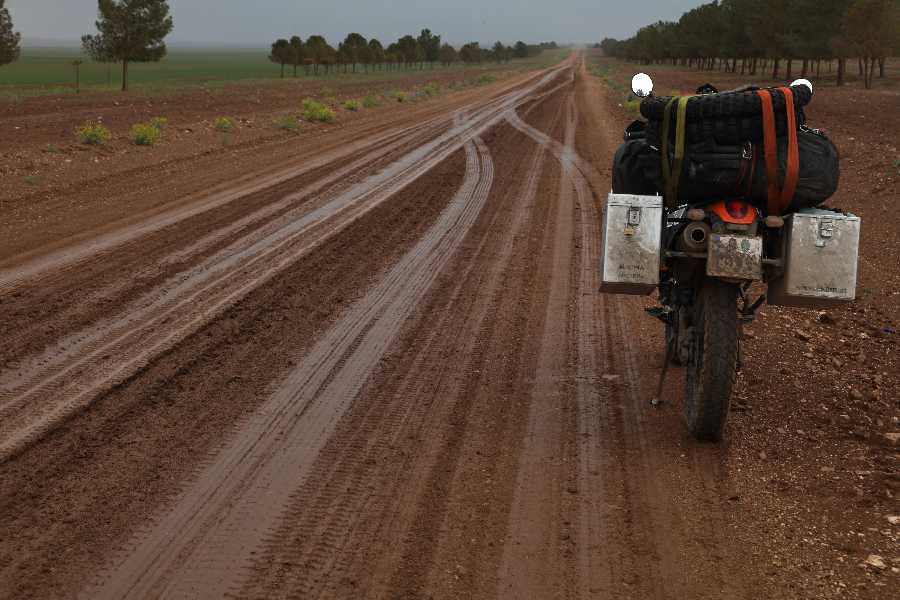 In Mardi the first engine service after 5000 km was announced. Since my oil still messes up the roads of Romania and Bulgaria, a suitable replacement had to be found.
At a Shell gas station I got a mechanic for free – he didn’t know what he was doing, but he was very dedicated – I had to brake him constantly, otherwise he would have disassembled my bike completely. The communication via sign language had worked excellently, the whole gas station staff was involved for 4 hours, even the senior boss was brought from home for the final photo. A few rounds of Cay, a decent tip for the “pro” and we were the best friends. 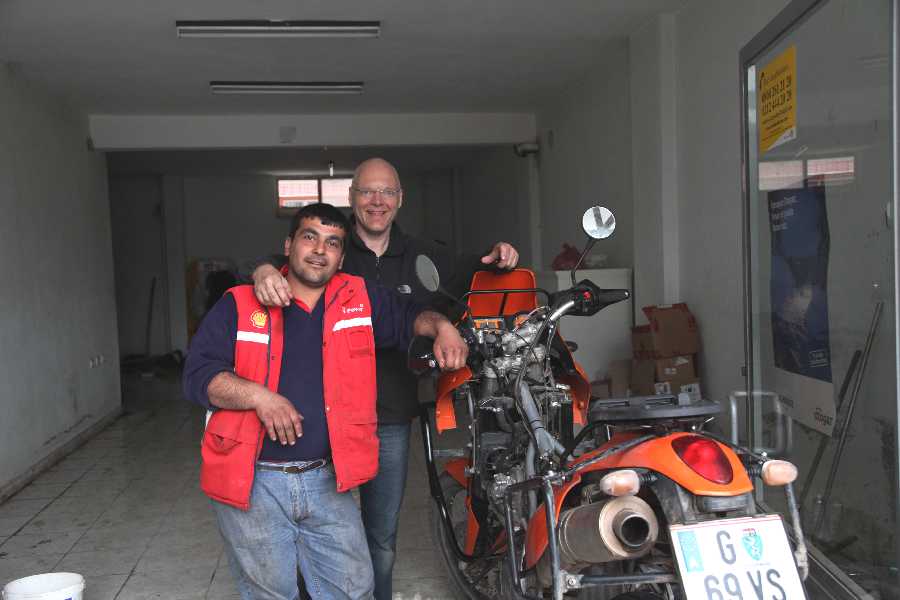 The next day again a flood of rain which caused a break off after 150 km, then the bad weather front was through after 5 wet days. The 900 km up to the Georgian border by the East Anatolian mountains, past at the Van lake and at the Ararat were created in 2 other extremely cold (under 0 degrees) but dry days. Above all the fingers are almost frozen off to me. Before my departure I had played with the idea to buy a handle heating, but they are only for sissies. In these moments I would have liked to be one… 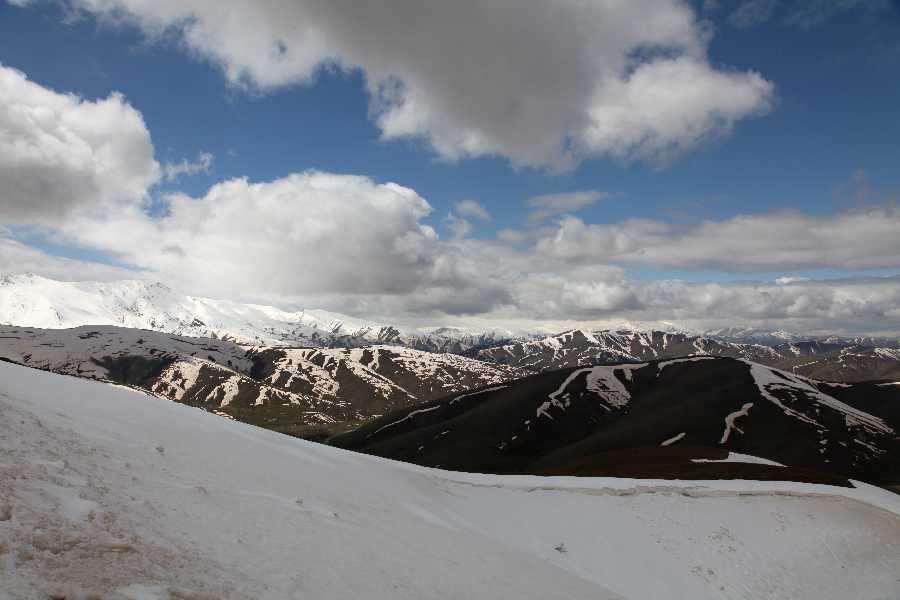 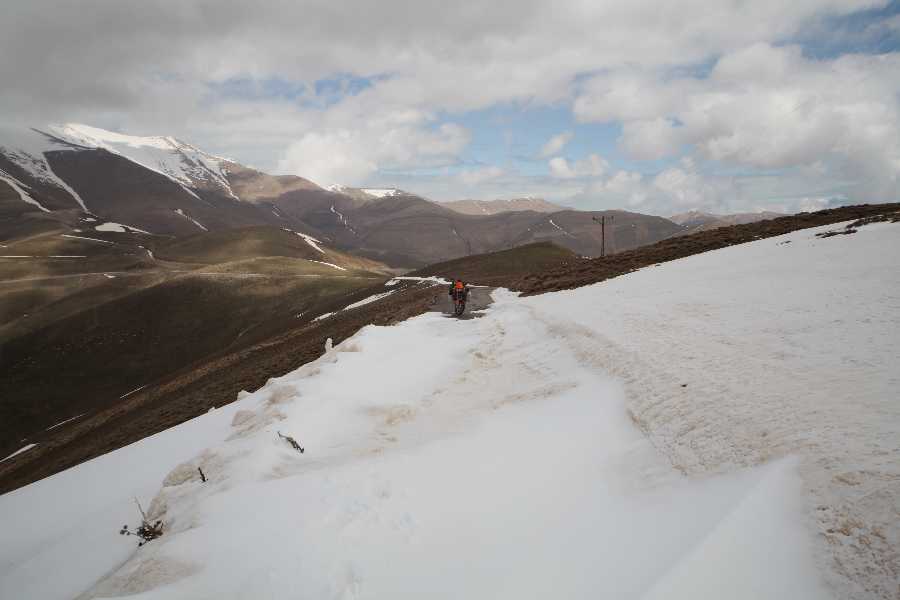 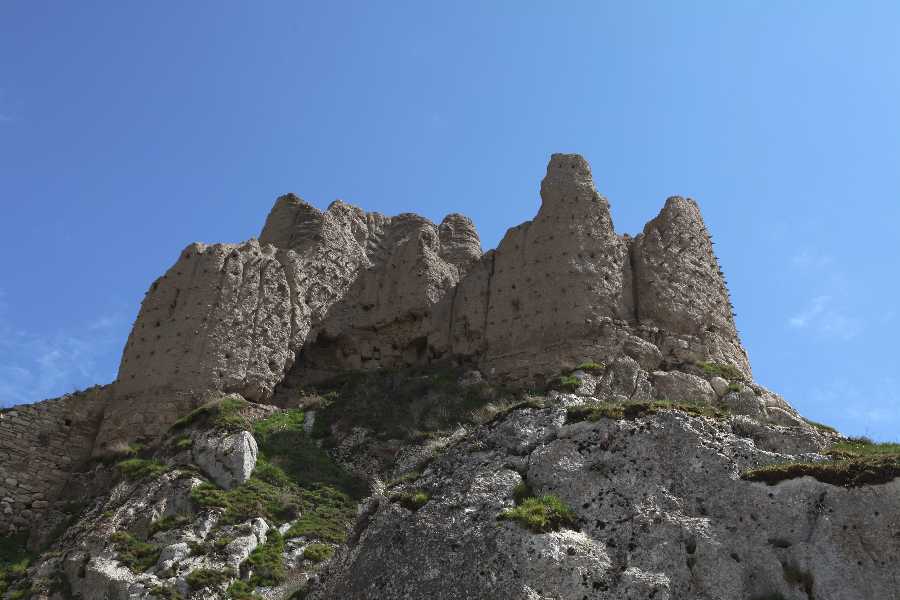 The ruins of the 2800 year old fortress of Van. 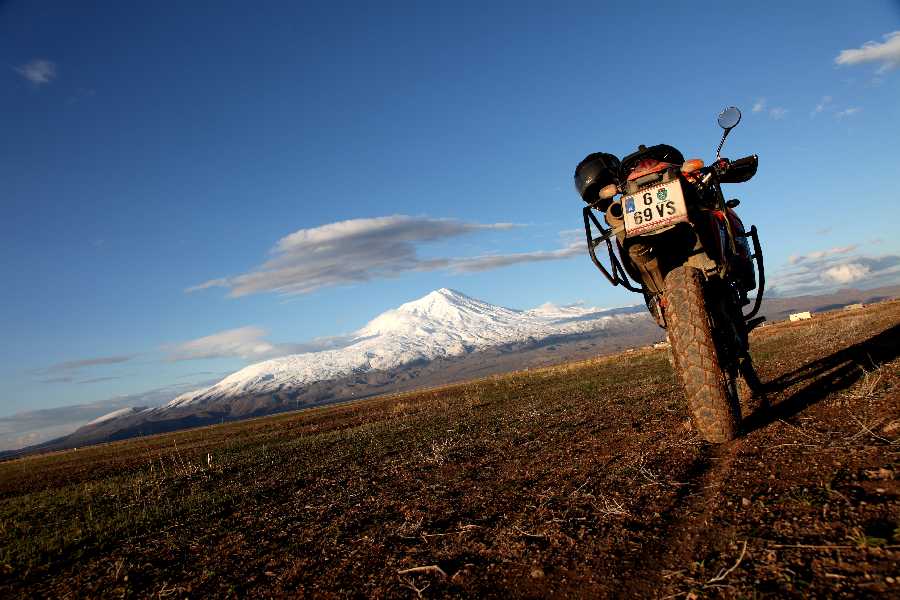 My Kati before Ararat 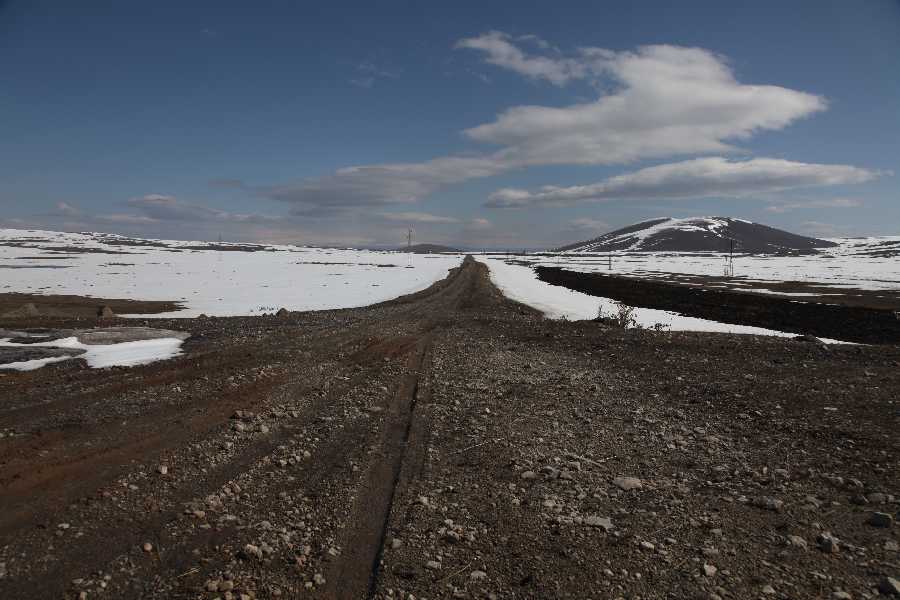 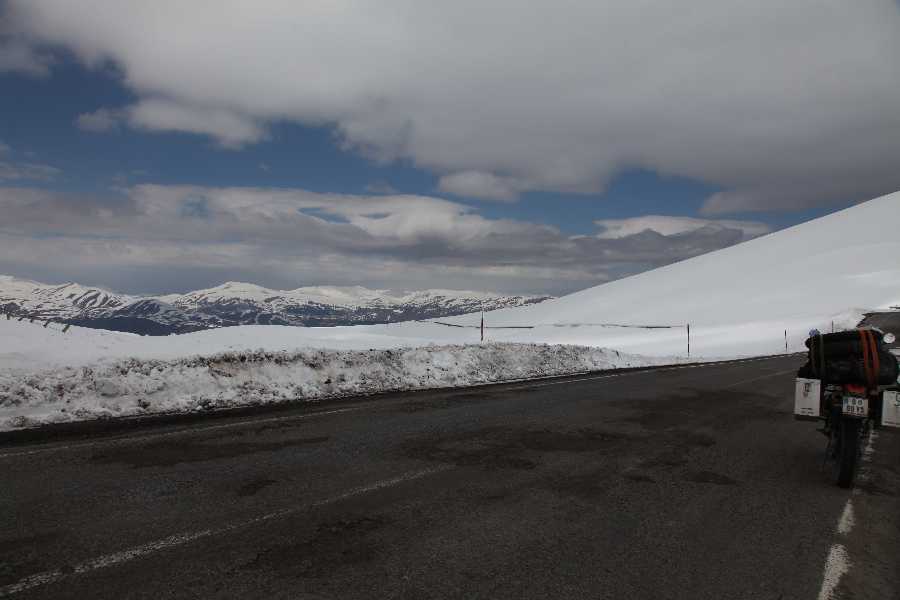 Once again we crossed a last pass with almost 2600 m before we went to Georgia.

At the border crossing to Georgia I got in touch with the bureaucracy, which from now on will take me at every further border at least for hours, maybe even for days. It’s a good thing that I had paid my ticket immediately, it would have been due here at the latest. My papers were checked very carefully on both sides and recorded in the computer systems. After 2 hours through 6 different offices and 3 gates, I finally left Turkey after 19 days and approx. 4300 km drive to the noticeably warmer Georgia. 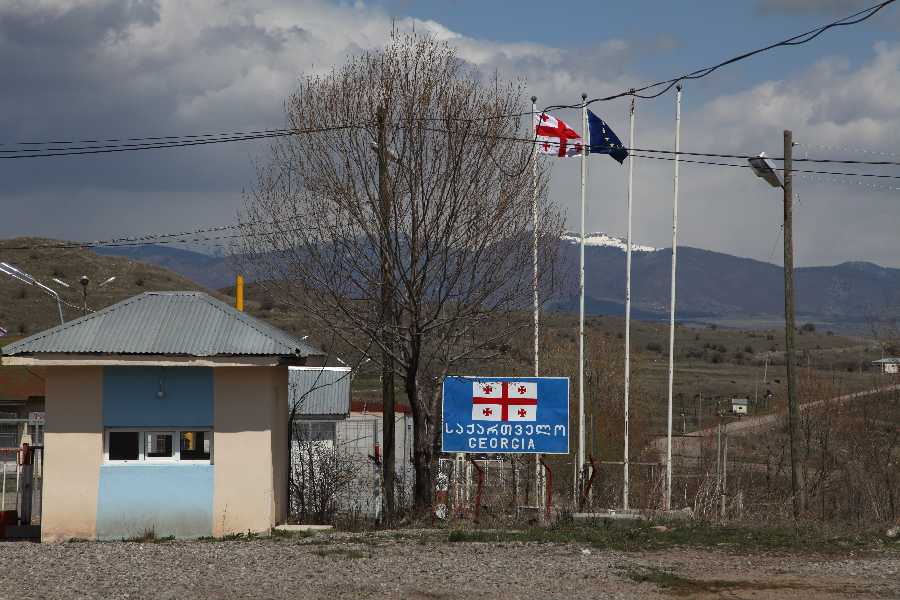