At the starting point of my journey, the path was the goal – but since I don’t like the path at all, the goal is now gone. Travelling long distances in the bush, on roads or across meadows without seeing really beautiful or interesting things is boring in the long run. You can only partly pass the interesting hotspots. I don’t have to prove anything sportive, so there is a change of plan again. In the future I will no longer follow the TeAraroa, but as far as possible along the Great Walks, in a series of hikes of several days through New Zealand’s National Parks in southern direction.

The first of these Great Walks was the Tongariro Crossing in the centre of the North Island – the crossing of volcanoes that are lined up like a string of pearls along a tectonic fault. This trek is one of the most popular in New Zealand, so it was accordingly overcrowded.

The plan was to climb Mt. Ngauruhoe at an altitude of just over 2,200m. This mountain is known from the “Lord of the Rings” trilogy as Mt. Doom. On approach I could still see it, but as soon as it was within reach, the clouds began to gather, the weather became worse and worse, so the climb made no sense. 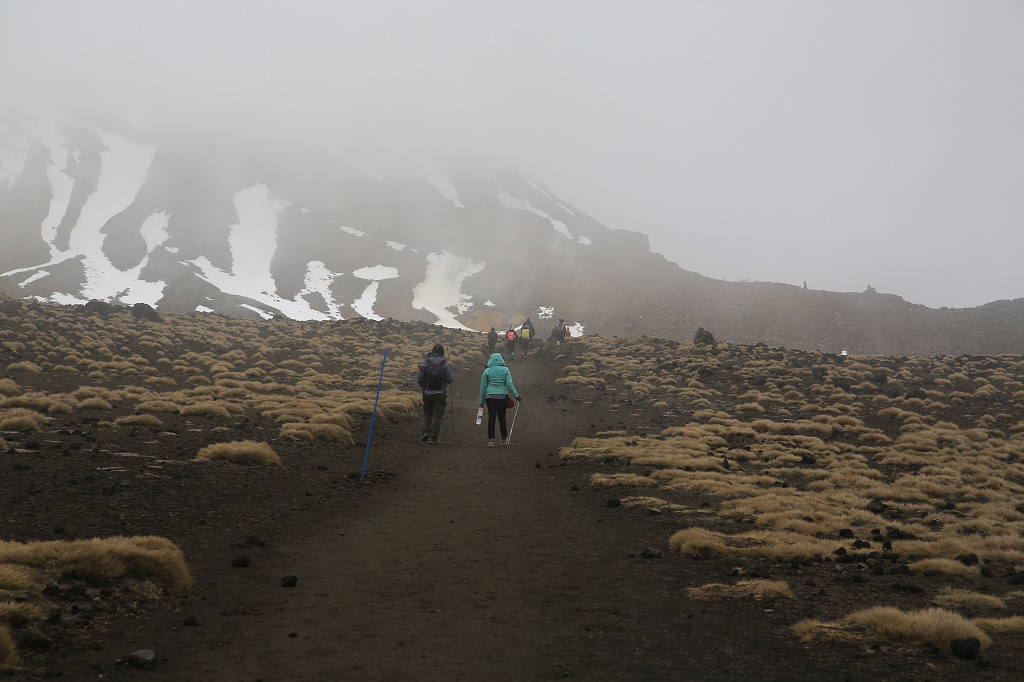 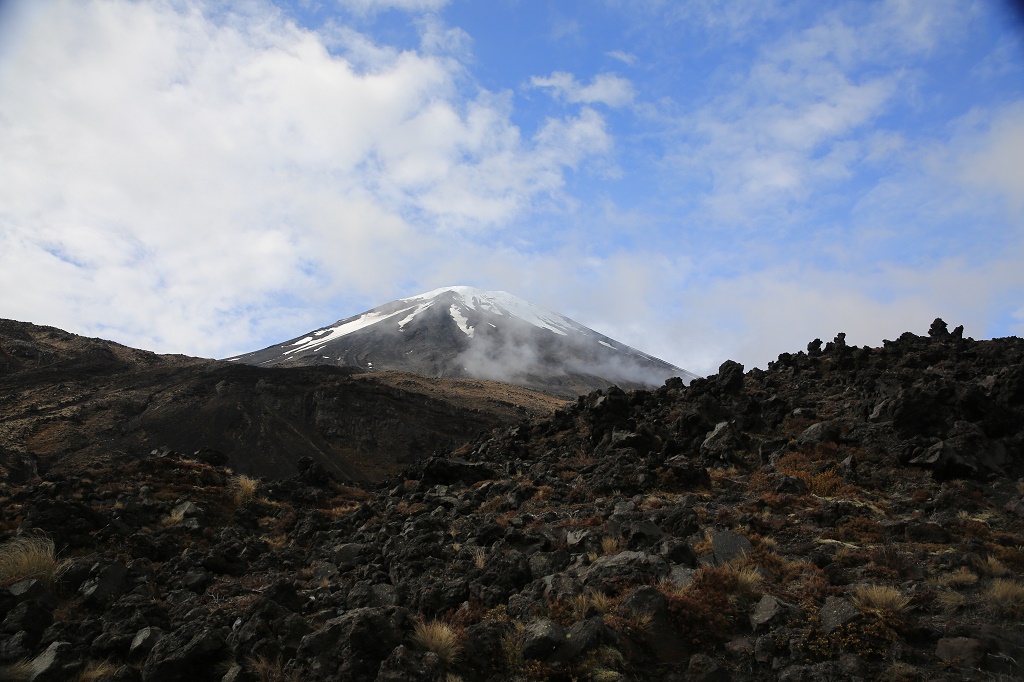 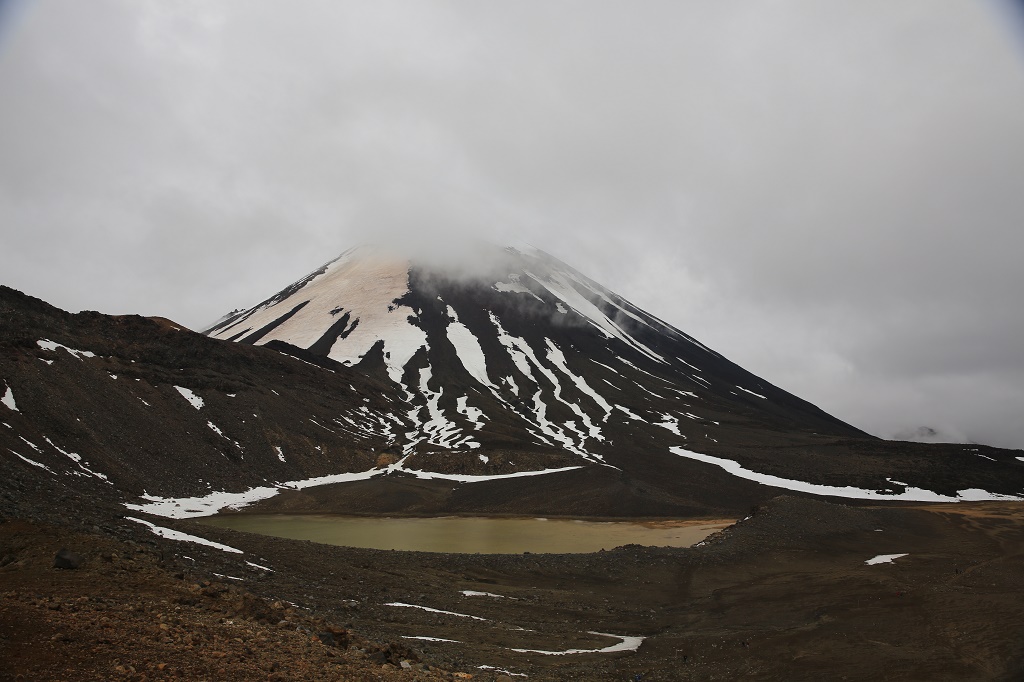 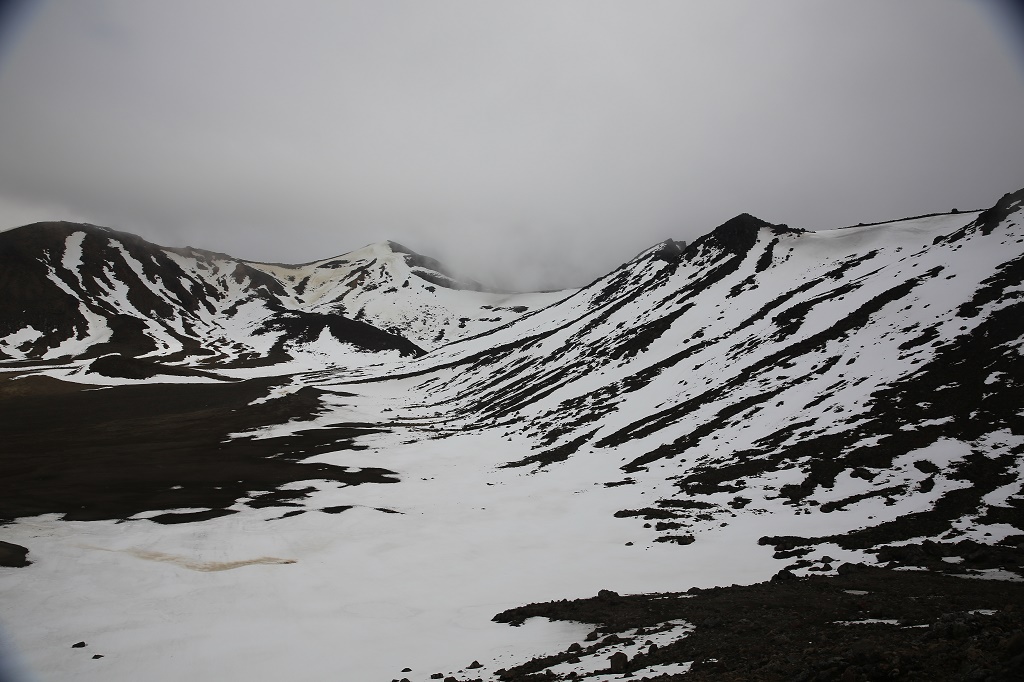 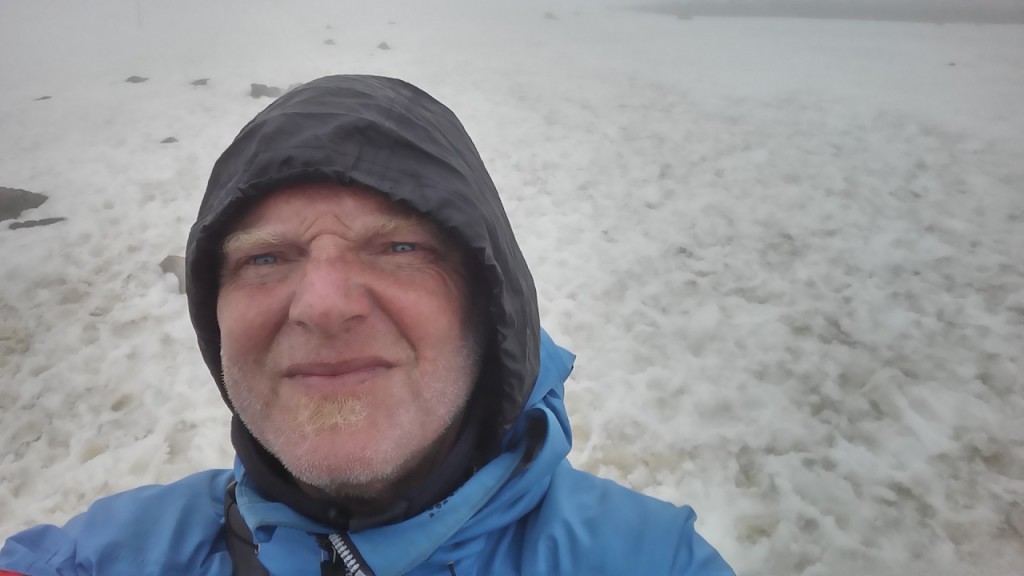 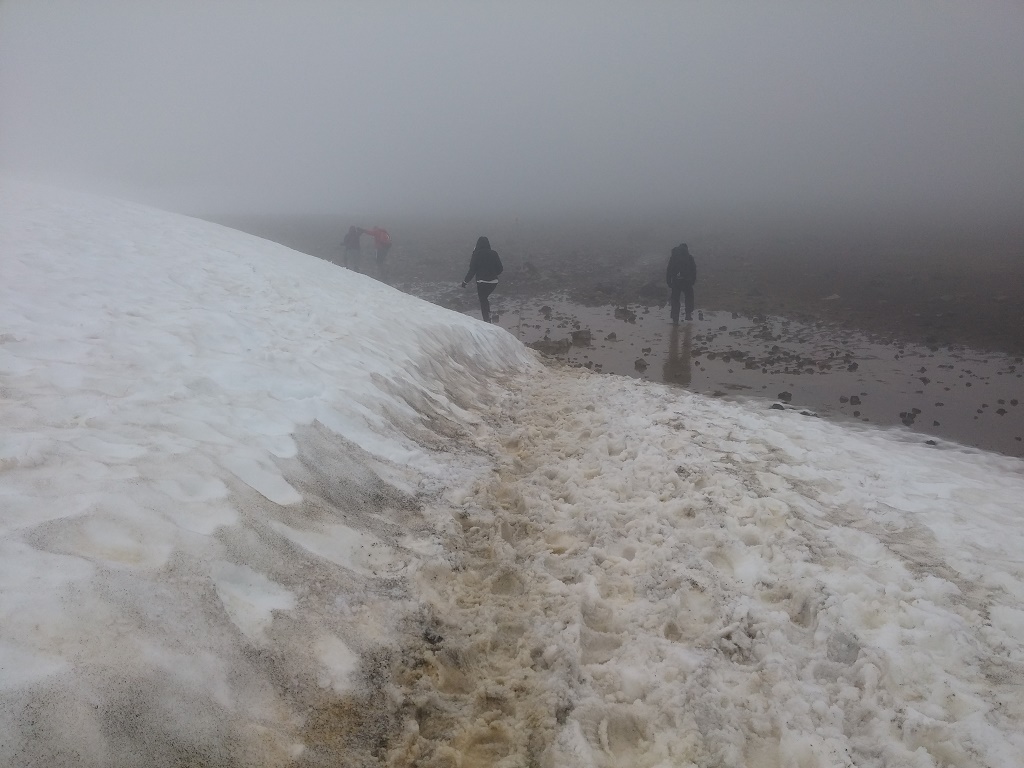 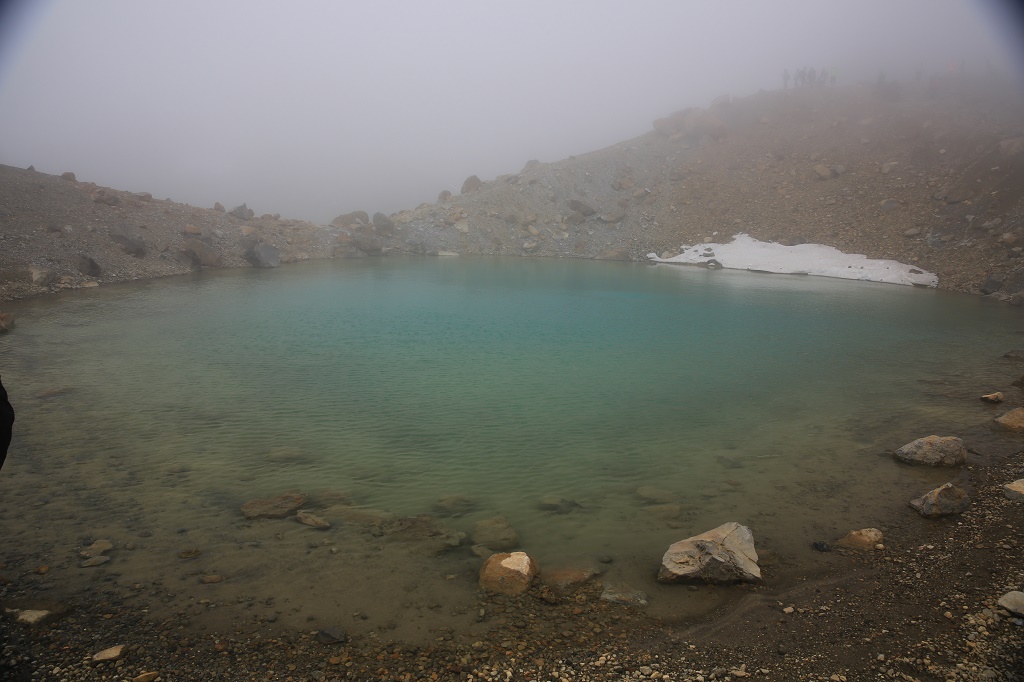 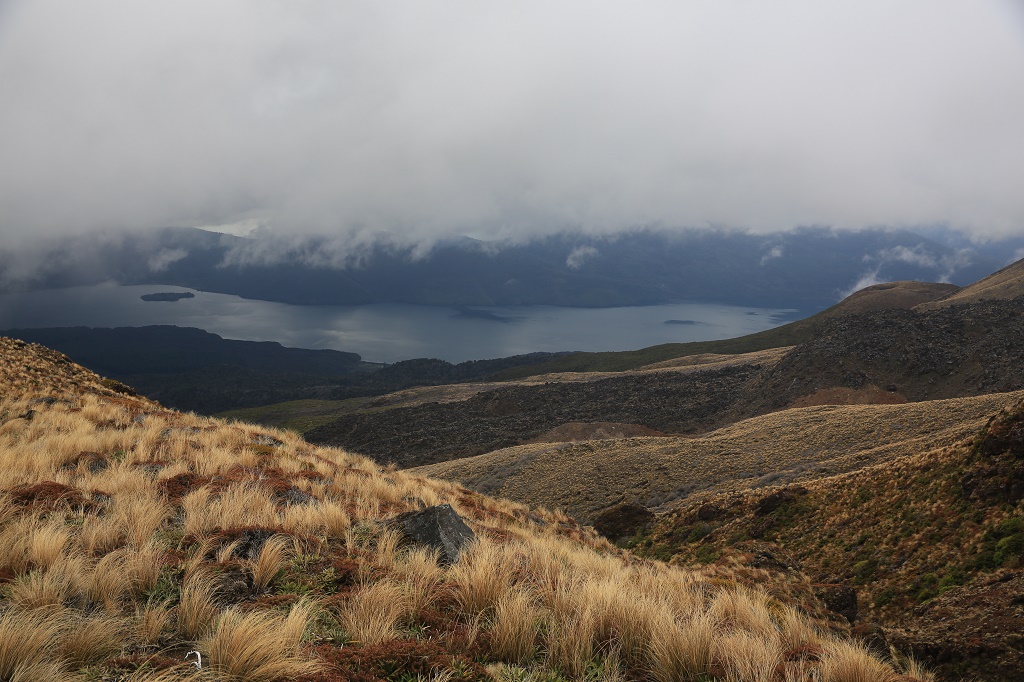 Wonderful weather in the following days was announced for the next Great Walk. A 3-day kayak tour along the Whanganui River. Since you are not allowed to go alone (at least not at the start), I was put into a group with two young German doctors who were doing an internship at a New Zealand hospital for several months.

The two had got a canoe, in which they came down the river for the 3 days quite dry. As a single driver I was assigned a kayak with the disadvantage that I was actually sitting in the water the whole trip. The personal belongings were stored in barrels and a waterproof bag, but the pants and shoes with the body parts underneath were wet all the time. 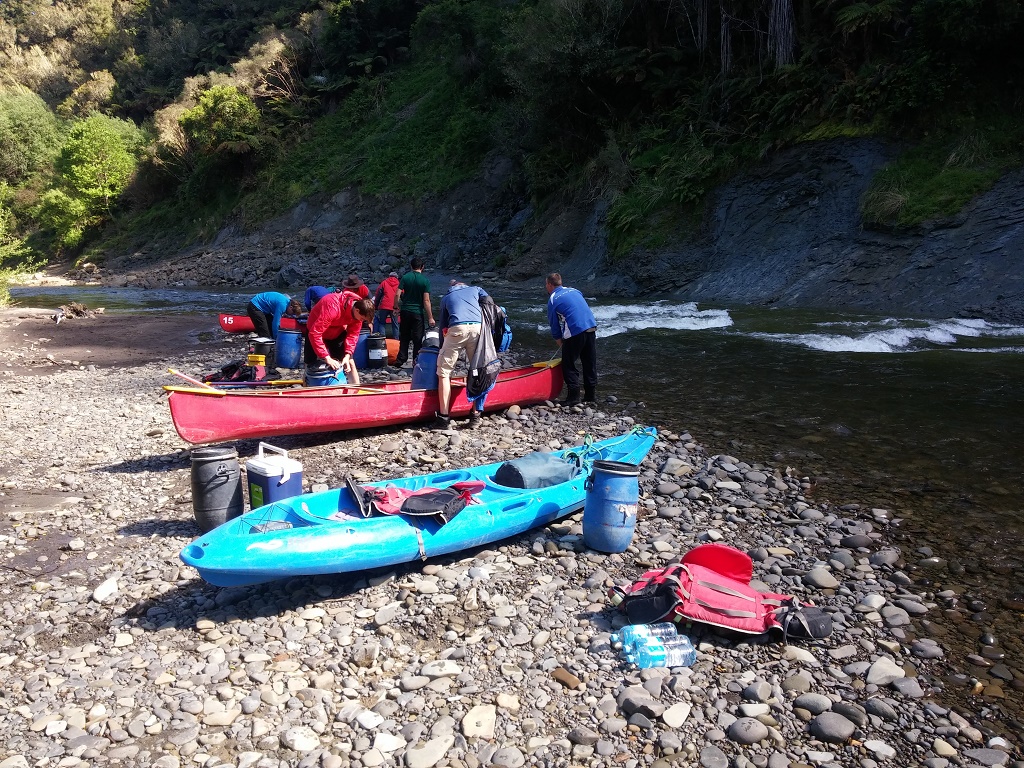 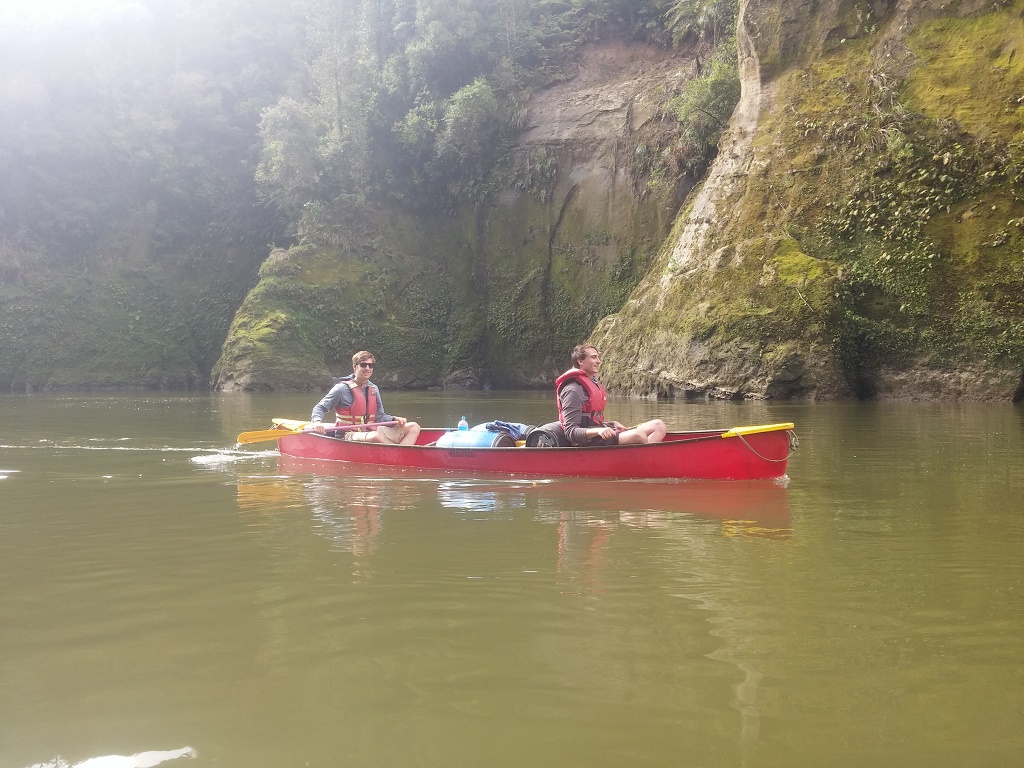 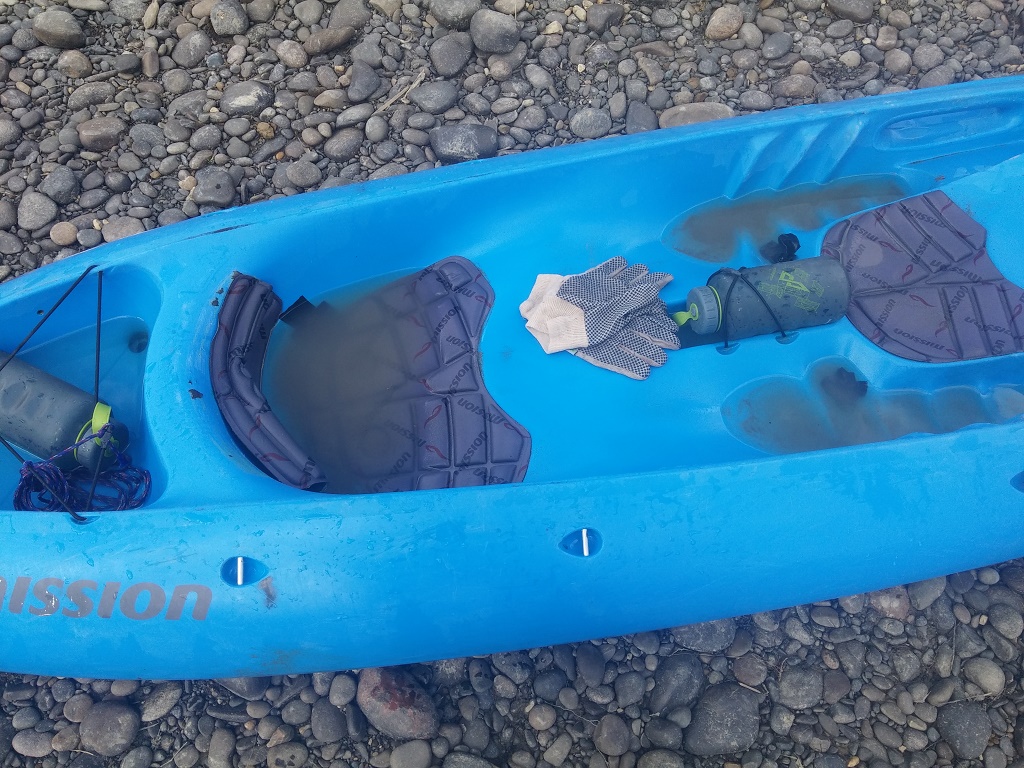 These 3 days on the river you are self-sufficient, which means that you had to bring your own food and cooking utensils. After also from other boat rentals 3 more canoes started at the same time, so there were always 5 boats with 9 people on the river at the same time, which met on the way or in the evening at the resting places. I pitched my tent while the others had rented their cabins.

The trip along the river was fantastic, it went through narrow gorges, past slopes covered with bushes, the water was calm most of the time with little current, occasional rapids caused some excitement but were definitely not a serious problem. For me the river was too calm – not because of the action but because of the weak current you had to paddle more, especially when there was headwind up the gorge it was quite exhausting – after all you were sitting in the boat for 6 – 8 hours a day. 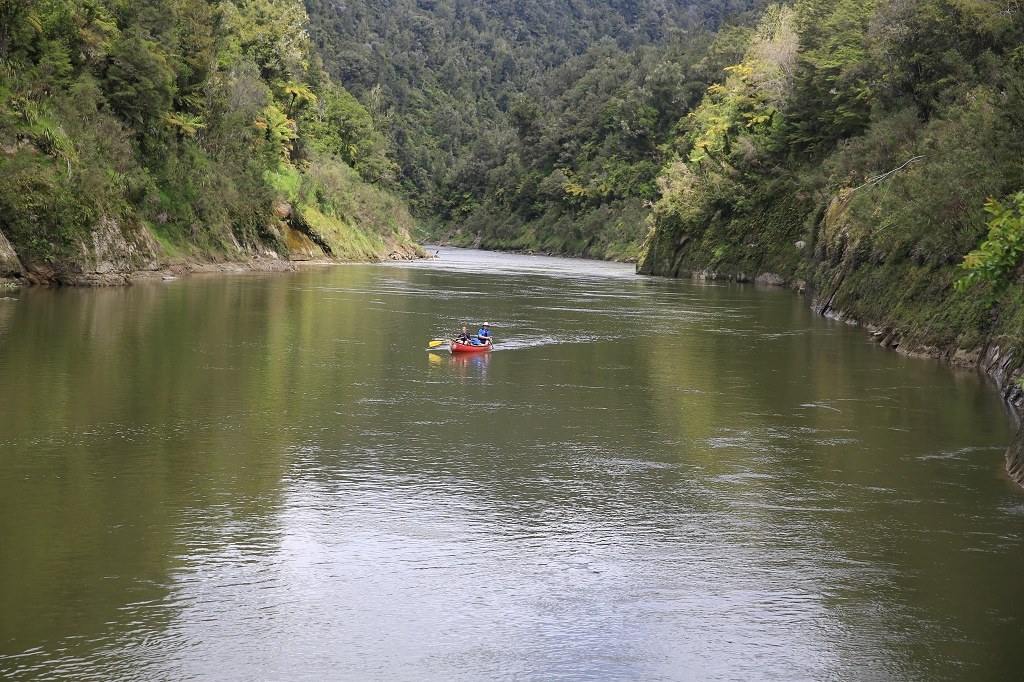 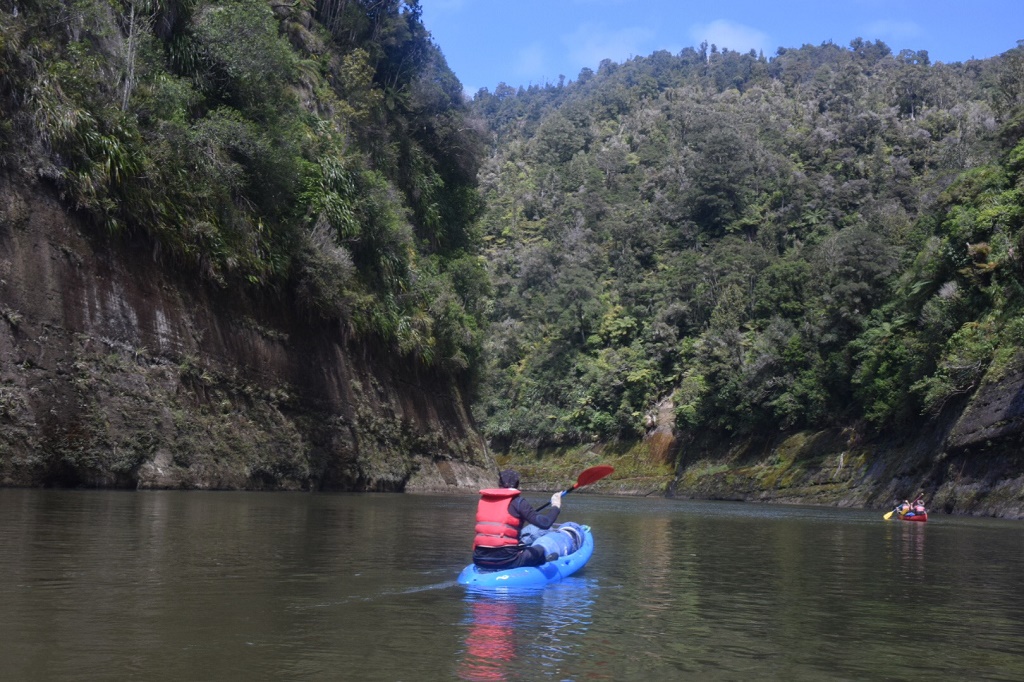 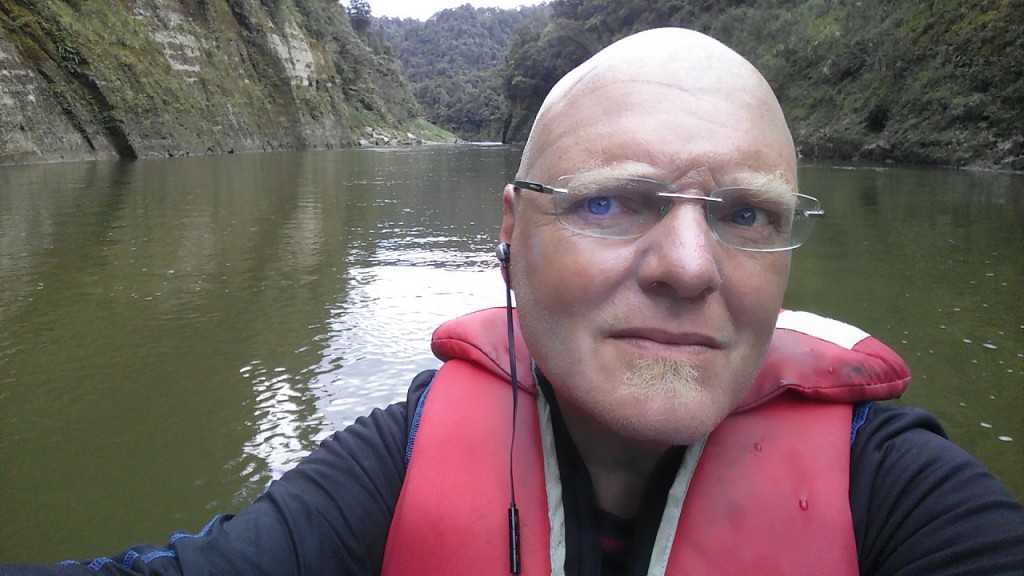 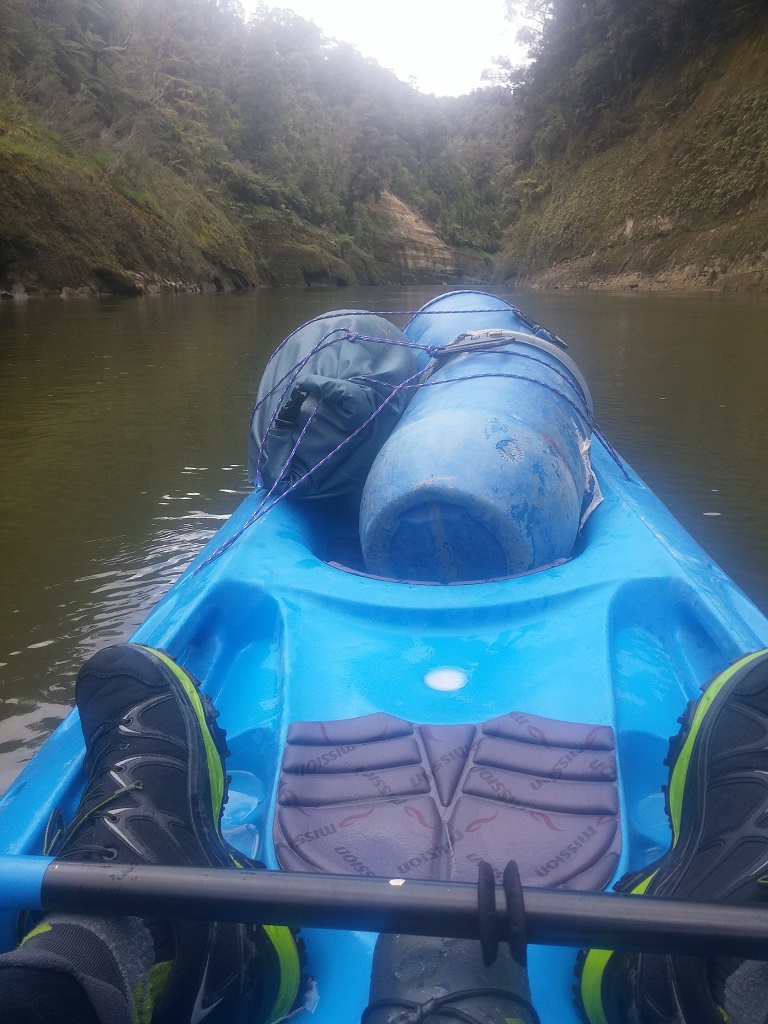 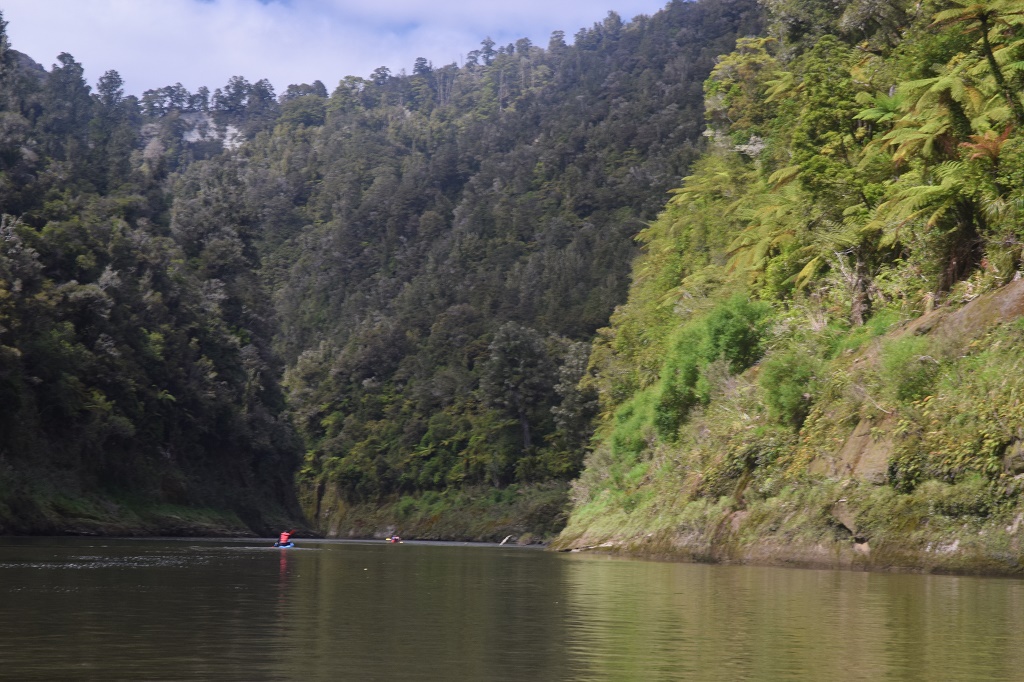 The “Bridge to nowhere” is the attraction on this tour – about a hundred years ago a bridge was built here in the remote bush in the hope that the road to settle in this remote area would follow. The road was never built, but now there is an excellent viewpoint.

The last day should be predicted the most difficult one, several large rapids, of it which with 1 1/2 meters height are to be overcome and actually we should fall all into the water. The ranger in the last hut, a Maori woman with the name Wai, gave us before the departure still the last instructions how the rapids are to be passed. Especially me, with my kayak she gave zero chance to get through without falling into the water. 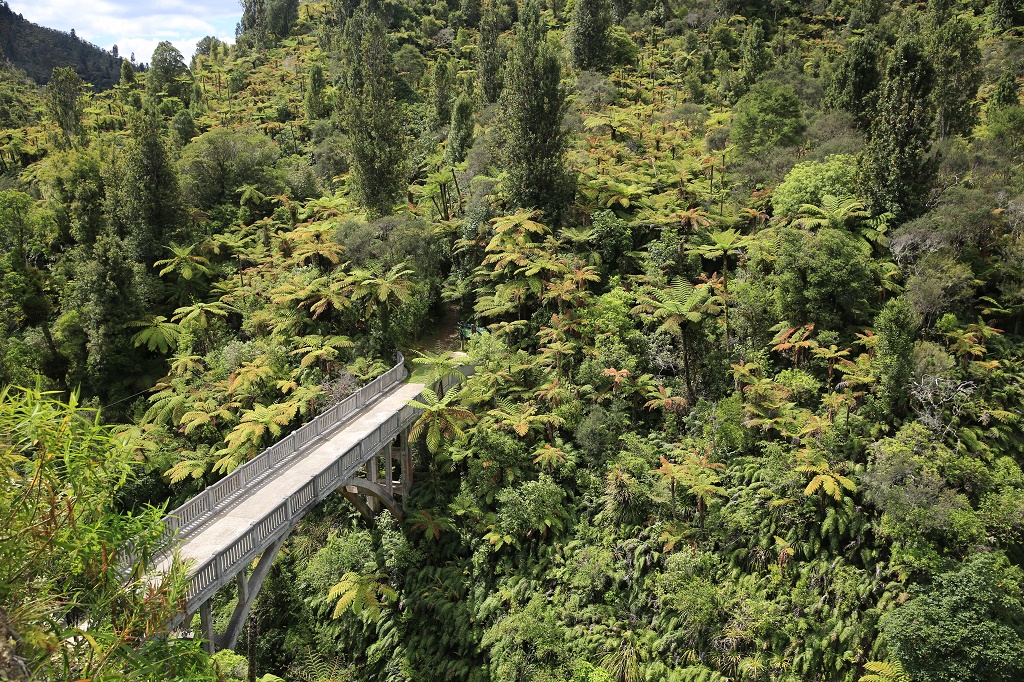 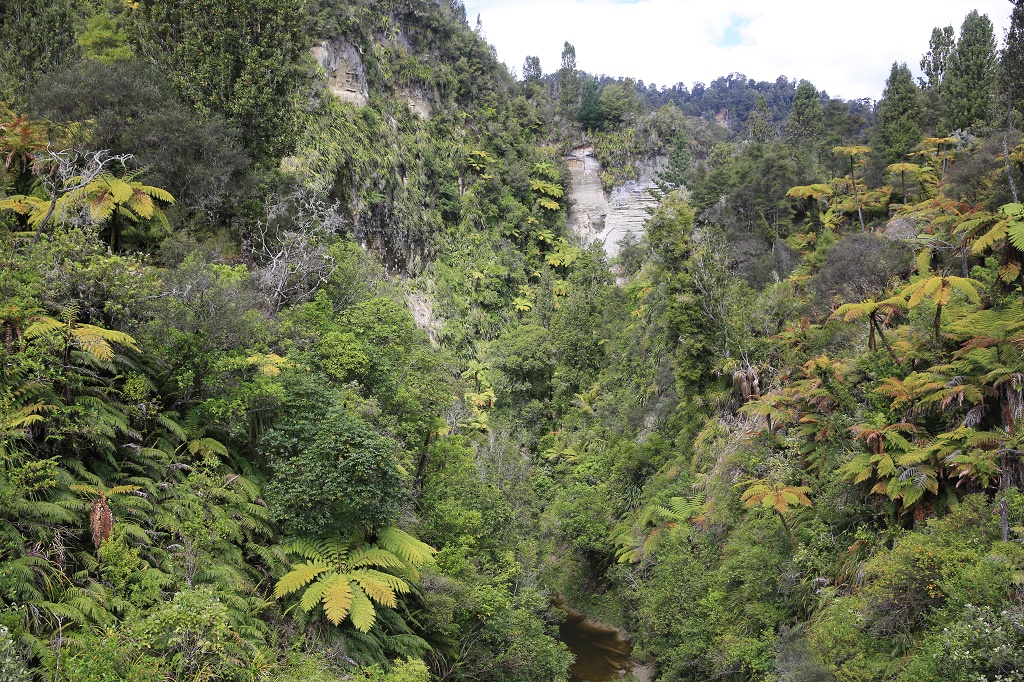 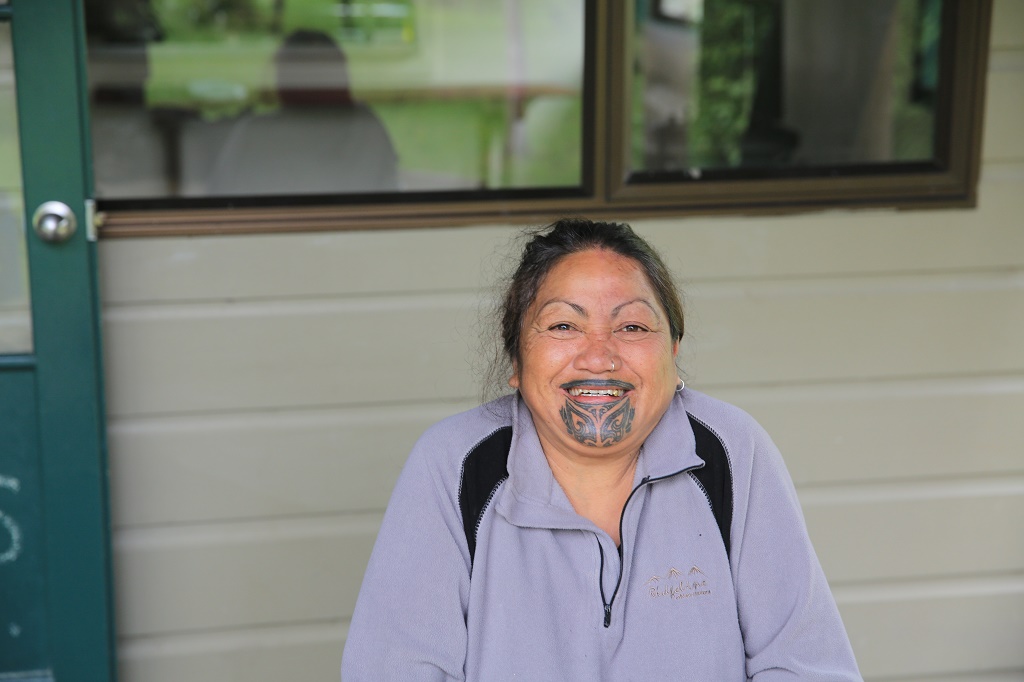 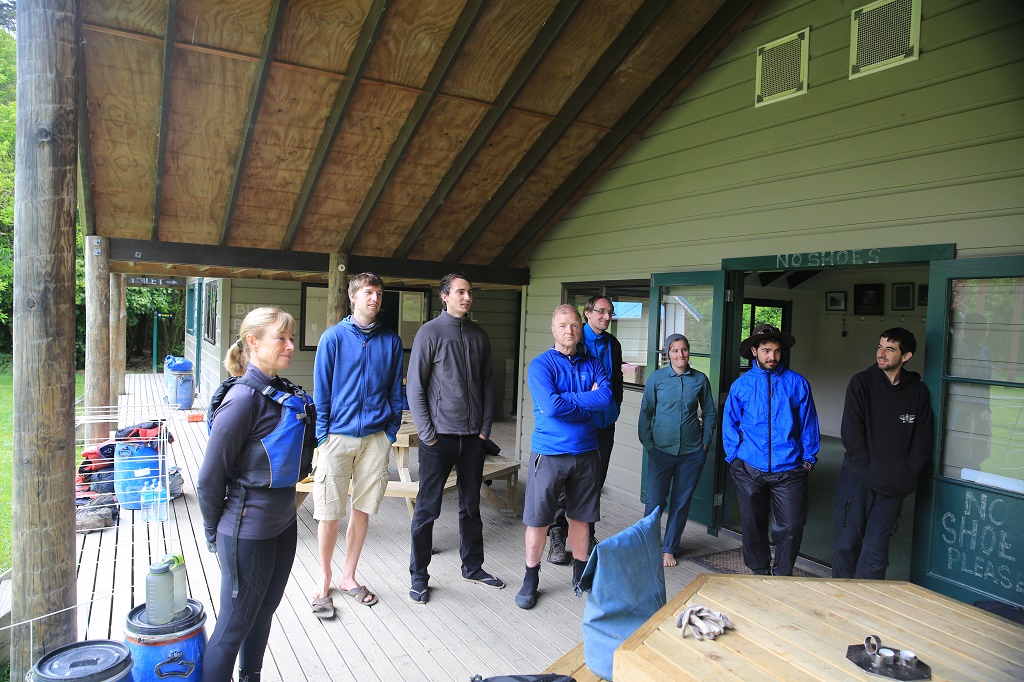