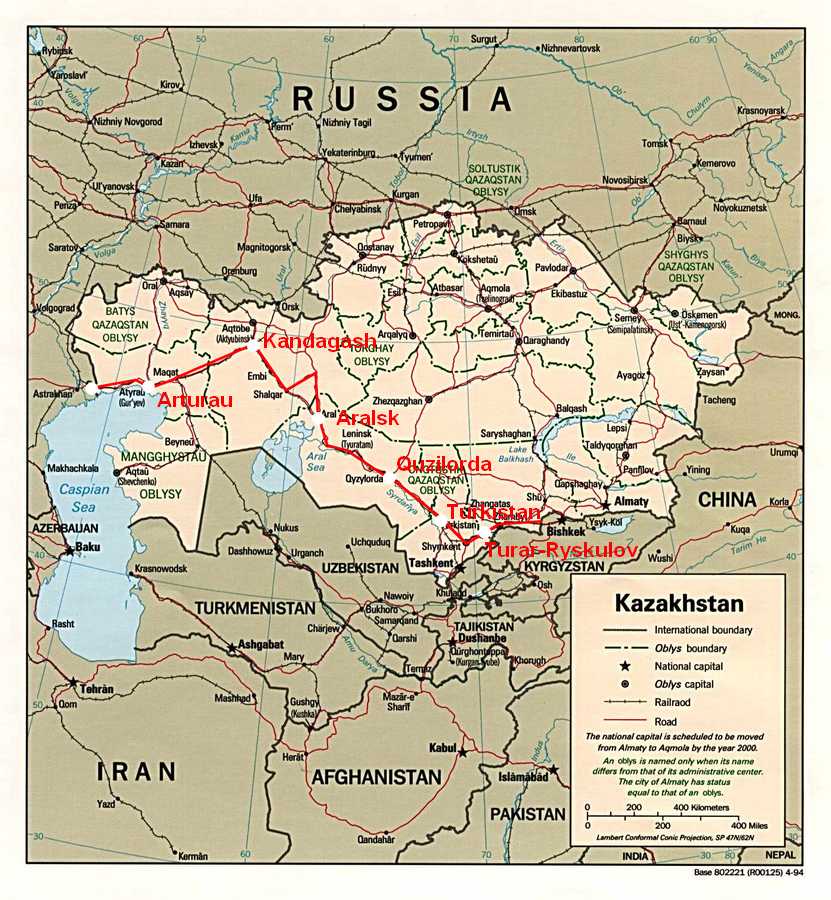 I was attacked and robbed on my first night in Kazakhstan. I was camping off the road not far from the small town of Turar-Ryskulov when two young men broke into my tent in the middle of the night, attacked me with a stun gun and fists until they received $400 from me. Since I am reluctant to part with my money in this way, this incident had lasted 30 minutes. Since I did not know until the end if there was a third man – as I was told by the two of them – standing in front of the tent with a gun, I could not think of any serious resistance.

At dawn I took down the tent and at 6:30 a.m. I was at the next police station – that should remain my place of residence for the next 2 days. Despite my little knowledge of Russian I could explain relatively fast what it was all about. The detectives had just started their work, after a short questioning there was an immediate suspicion. At 7:30 the first of the two suspects was at the police station, at 9:00 the second. Since I could identify the two as the men from the previous night, after another 3 hours the confessions were available and the money was found. The rest of the time was administered and recorded, for which the former English teacher from the village was made available to me as an translator. 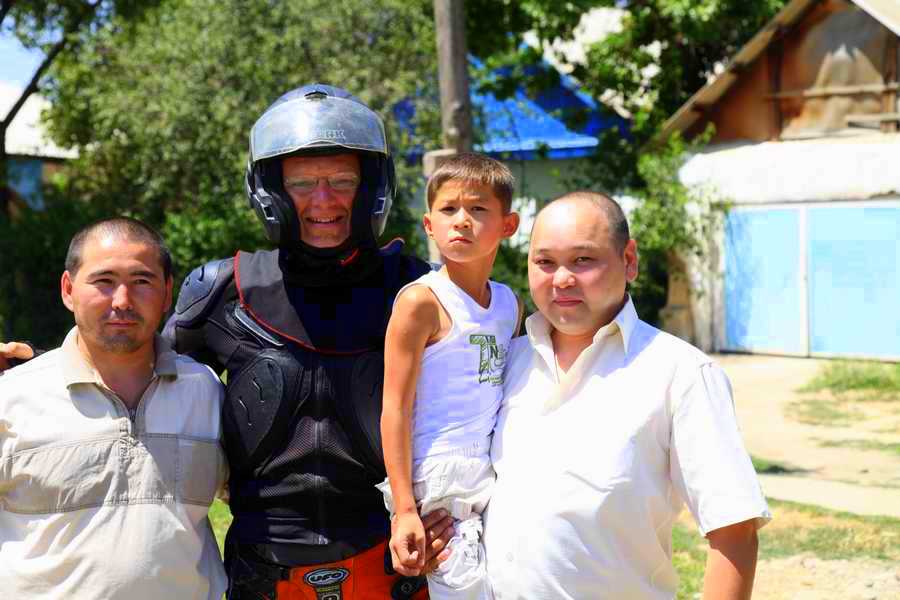 The two detectives immediately had a suspicion and after 2 hours the case was solved. The policemen had handled the case professionally, were very nice and friendly to me, in the end the “Schmäh” ran like old friends. During my stay in the police cafeteria I was given food and lodging in a guarded hotel at state expense. The police chief of the region told me several times how sorry he was that something like this had to happen to him in Kazakhstan. These two days give a completely different picture to that of the motorcyclist, who sees the police as the biggest traffic obstacle on the Central Asian roads, along with cows, sheep and donkeys. 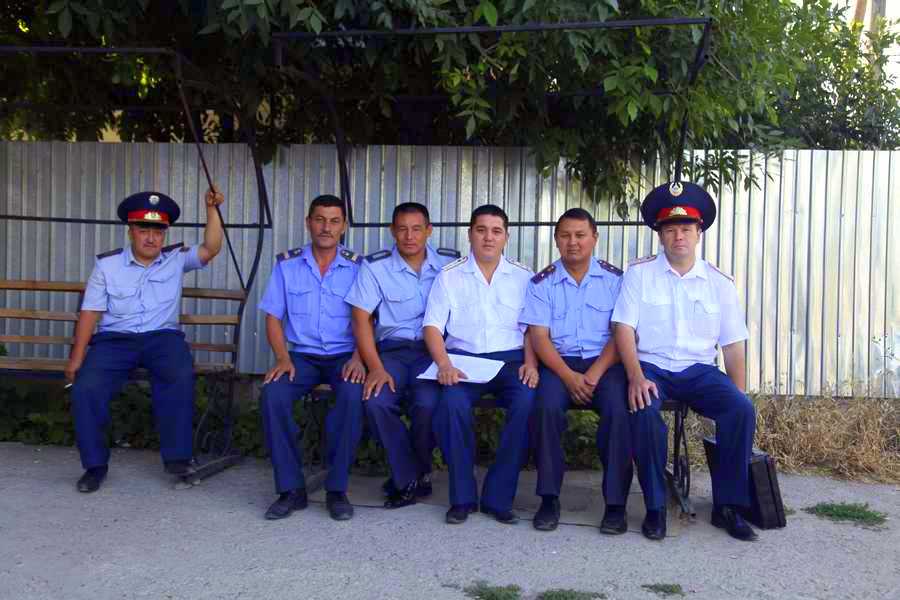 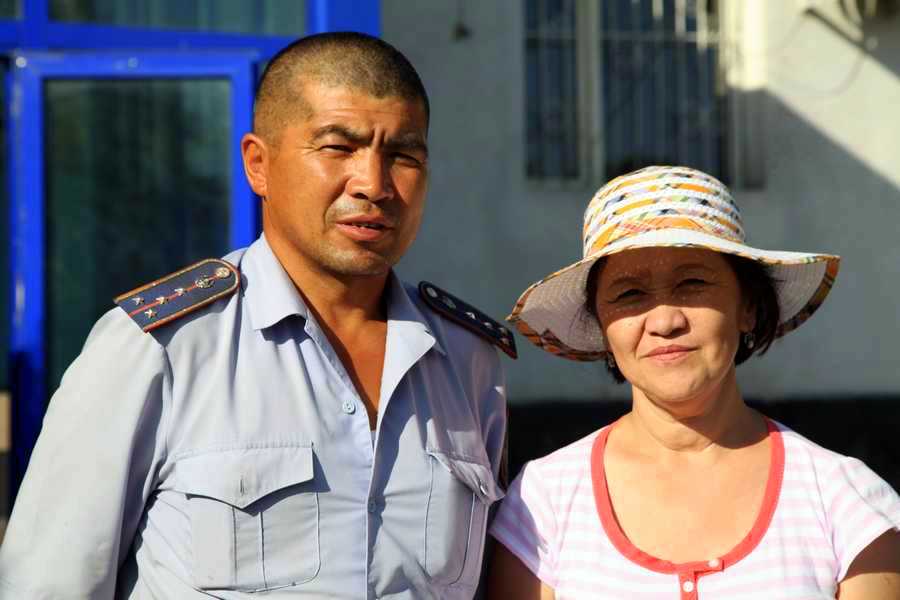 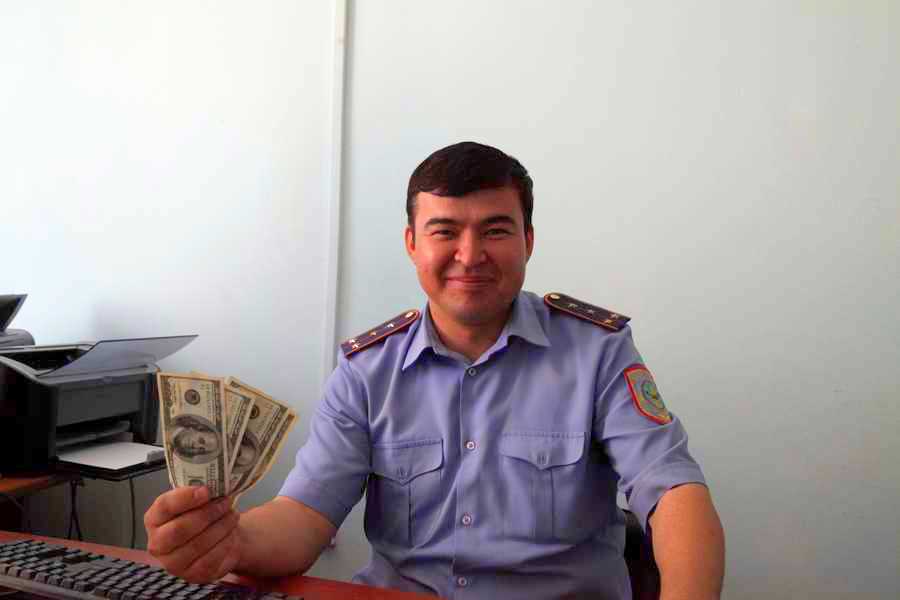 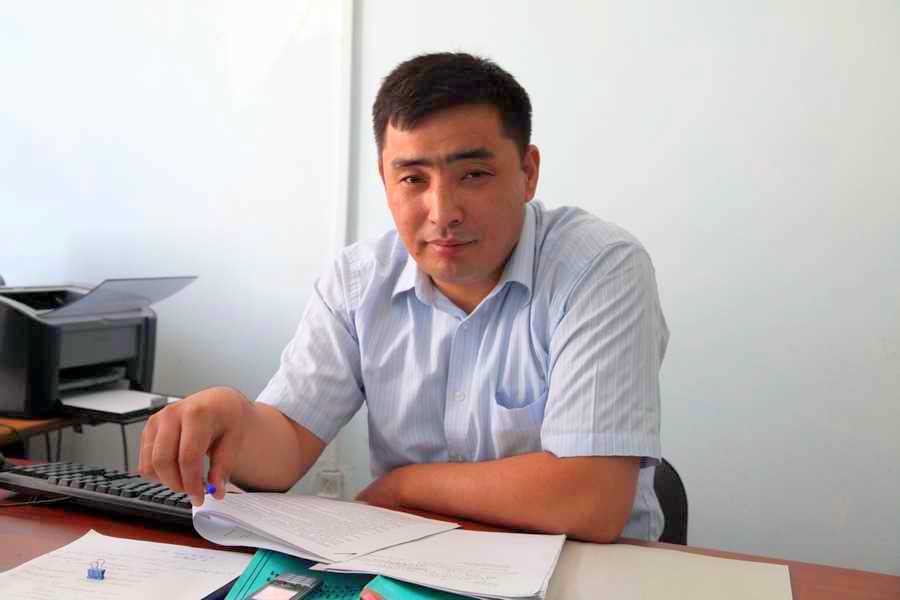 In contrast to European criminal law, victims in Kazakhstan have the right to determine whether the perpetrators must go to court or be released.
In the final confrontation I was able to question the boys, both 24 years old, married and children, without work with big cars.
The consultation with the chief of police revealed that the two could only be caught so quickly because they were already suspected of several similar crimes, but it could never be proven to them until now. In this respect, the decision was easy for me, as my representative in court was appointed a local lawyer.

Since a weapon was used in the robbery and I was slightly injured, they threatened to kill me, 2 perpetrators are already considered a gang under Kazakhstanian law and 400 USD is no small sum in Kazakhstan (2 months’ salary of a policeman) and offences against tourists are apparently punished particularly severely, both have to reckon with long prison sentences.

Looking back, I had two exciting and exhausting days – I got my money back and also a free ticket for Kazakhstan police checks in the form of a letter from the police chief confirming that I was a victim and important witness in a crime and therefore had to stay at the police station for 2 days and due to this delay problems with my Russian visa could arise. This meant for me that for the first time after 20.000 kilometers on this trip I could accelerate undisturbed – only cows, sheep and donkeys I had to keep on watching. 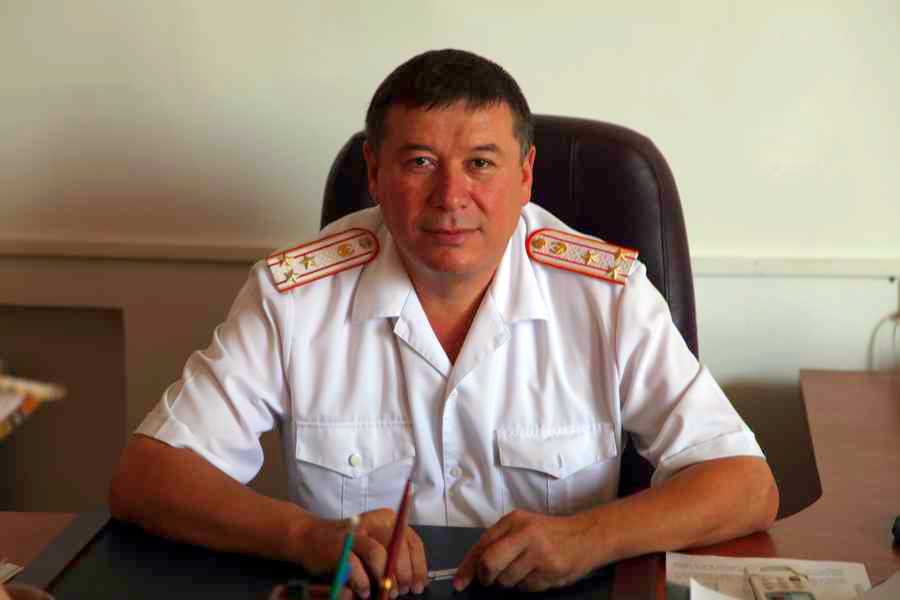 The south of Kazakhstan, with its endless cornfields… 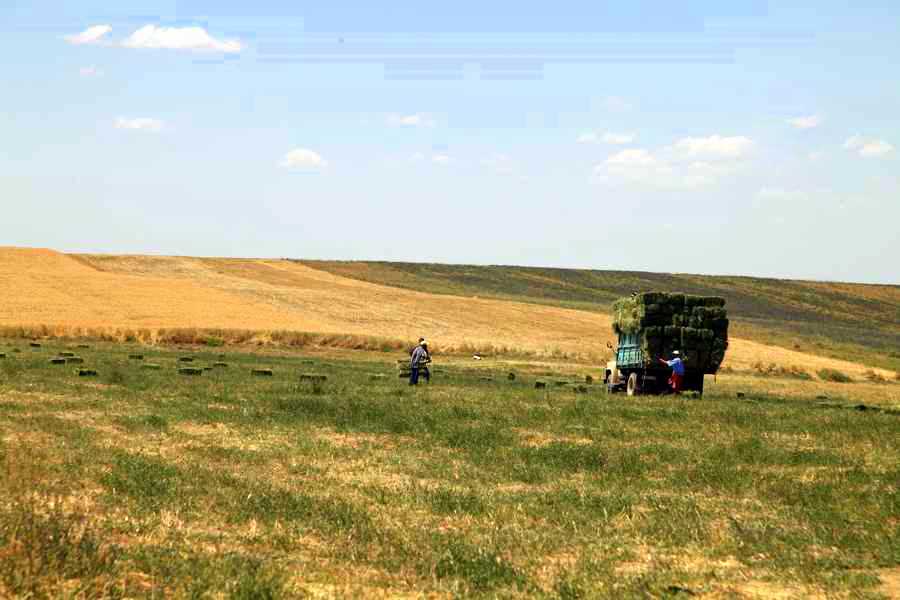 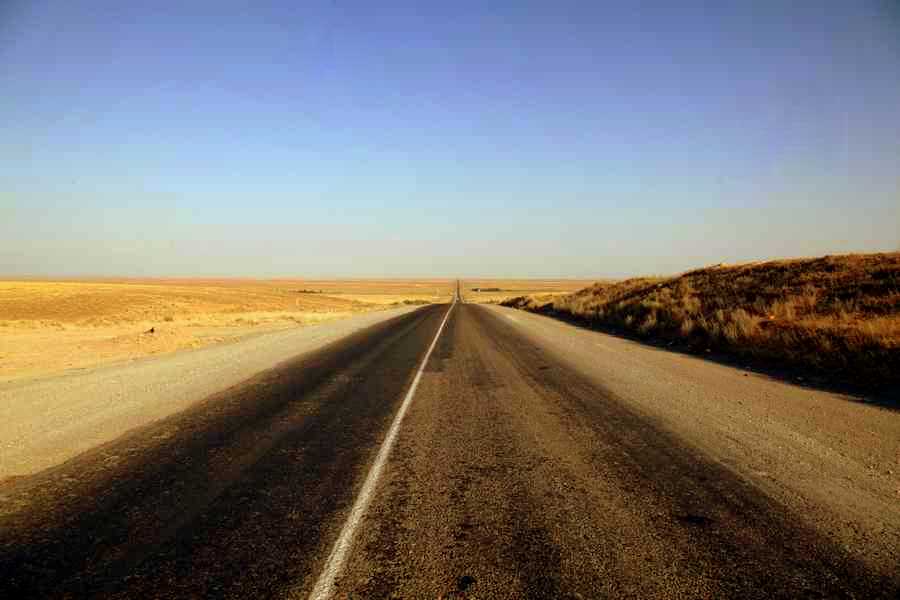 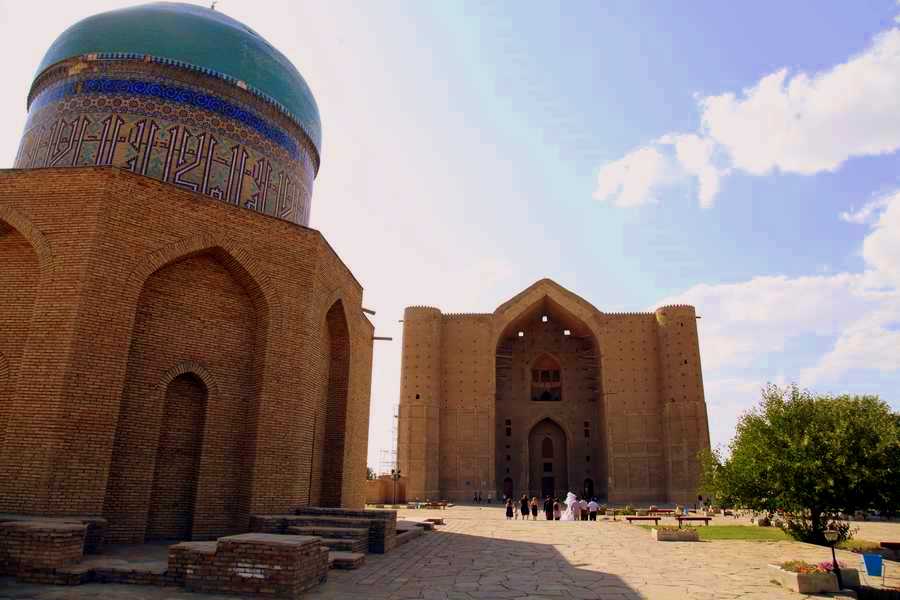 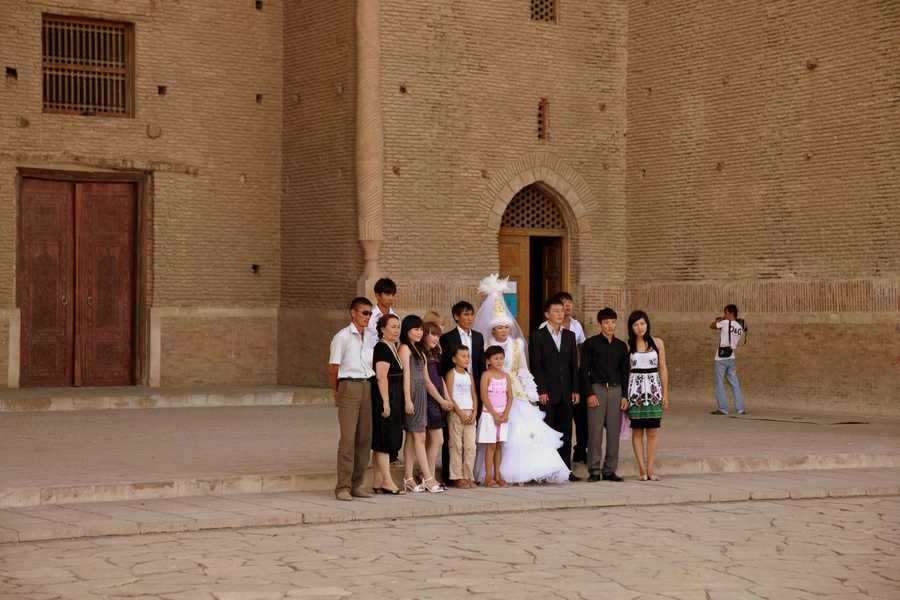 Past Baikonur… the Russian missile center. Unfortunately, a visit to the facility was not permitted. 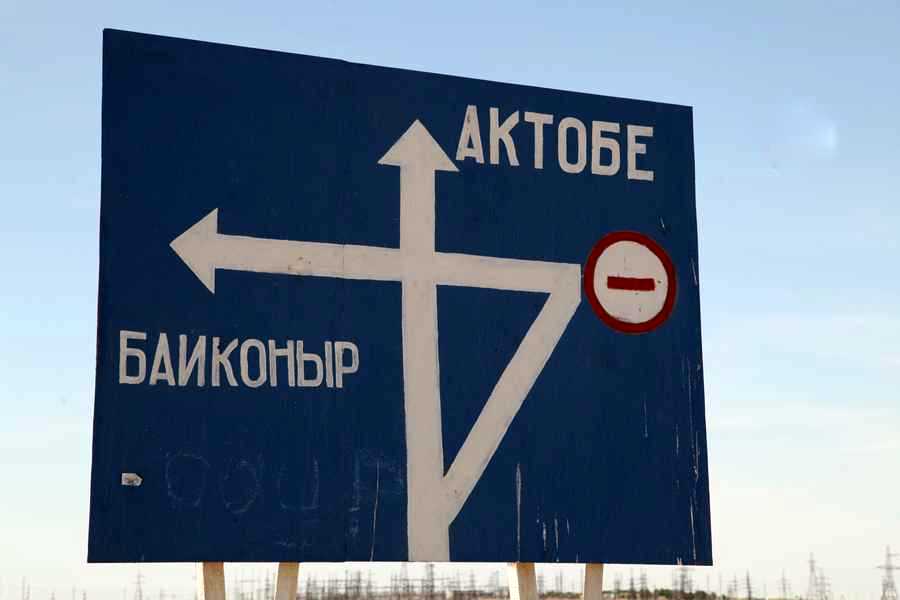 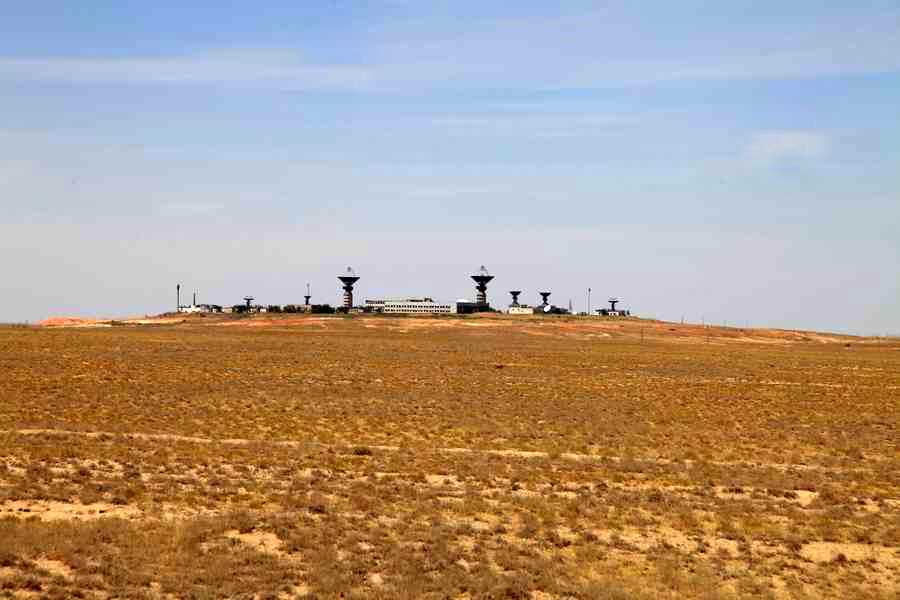 On the way to Aralsk we walked for days through steppe and desert at 55 degrees – wild camels and horses gather around the few water holes along the route.

The former port of Aralsk – once it was located at the Aral lake – today it is 70 km away. 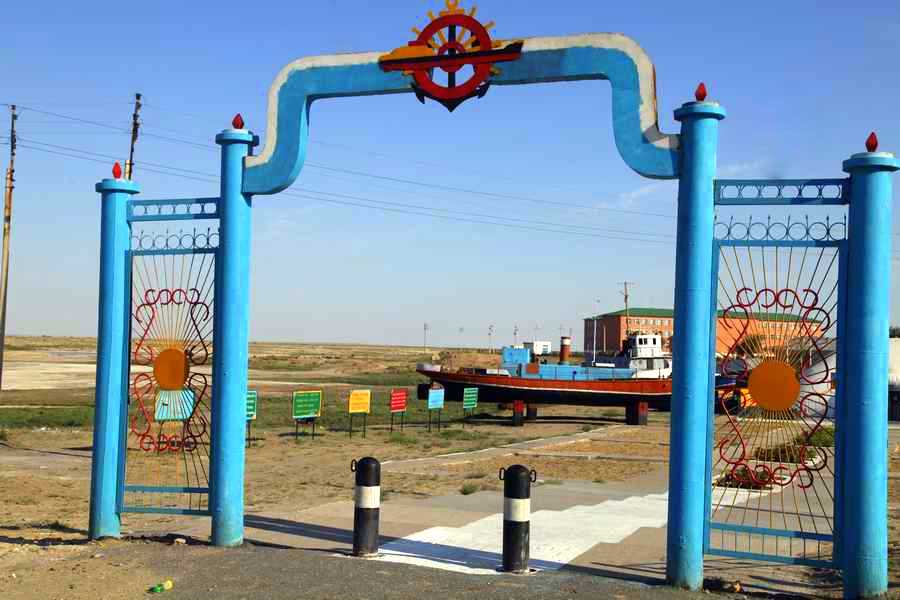 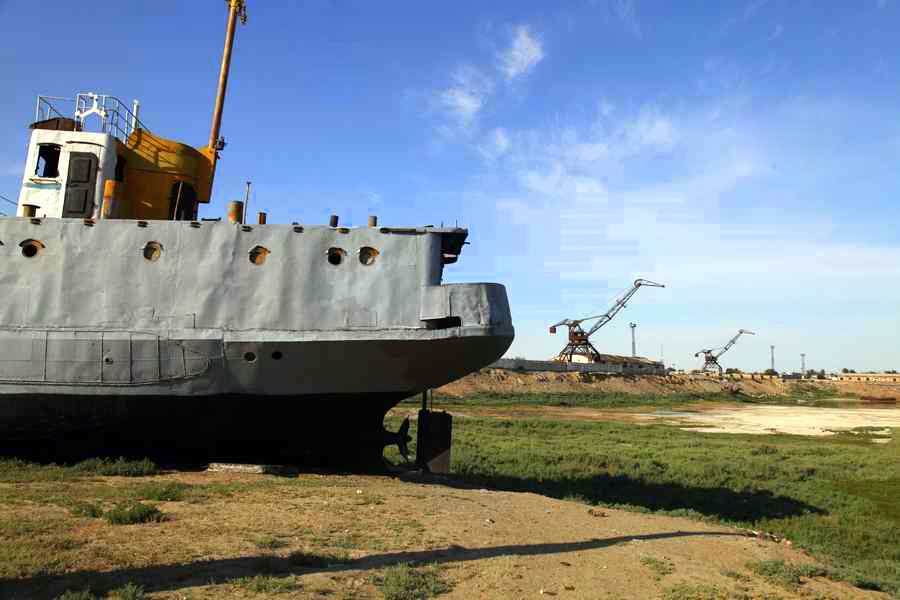 The ships in the former harbor basin lie in the dry…and are characteristic of a barren city in the middle of the desert. 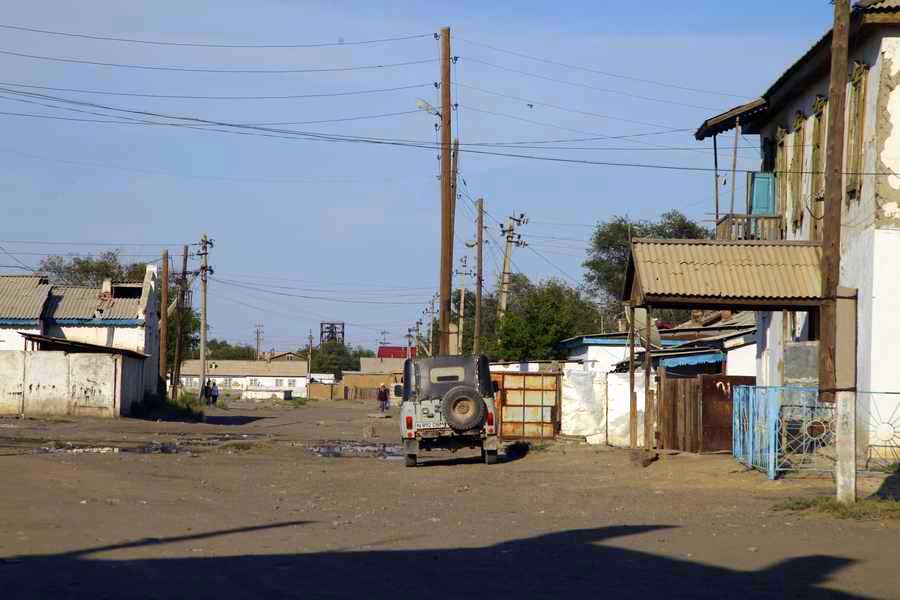 Emanuele and Andrea from Italy on the way to Japan. 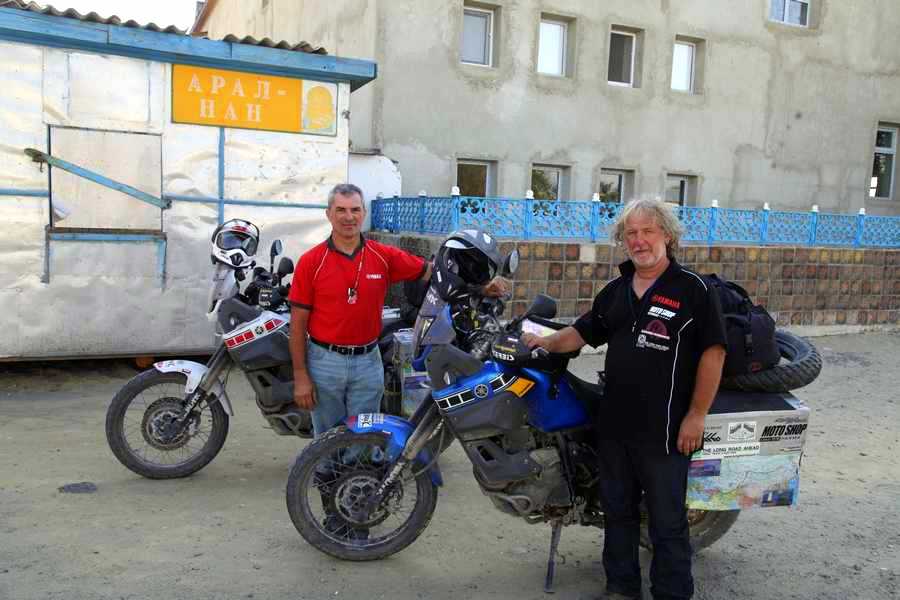 Julian from London would like to break the world record for the round-the-world trip with his bicycle, which is 190 days. In Aralsk he was still ahead with an average of more than 160 km per day.

But unfortunately the madness continued with the bad boys and/or girls. During my 7 days stay in Kazakhstan I was additionally robbed 3 times and at least 10 times they tried to cheat me.
In Aralsk I had my motorcycle on a guarded parking lot. The guard had stolen gasoline from my tank during the night and unfortunately the gasoline hose was not fixed properly. Additionally my spare canister with contents was stolen the day before. The next stage was 300 km through the desert, on unpaved and bad roads or completely off-road. I had only noticed that something was wrong when the tank was empty and my left boot was already full of gasoline – waiting 5 hours at 55 degrees, without water and an etched foot, until finally a car came and could give me fuel for the 50 km to the next gas station. 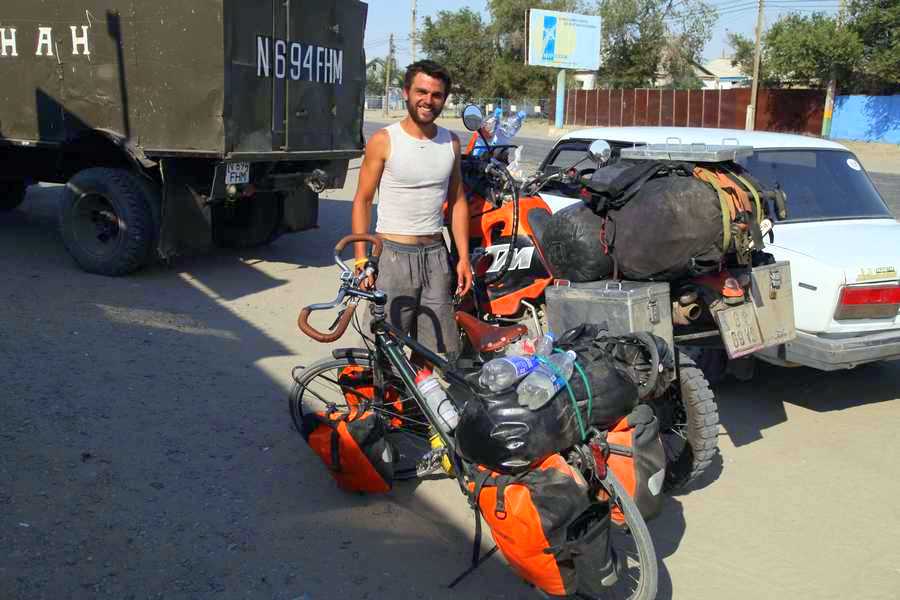 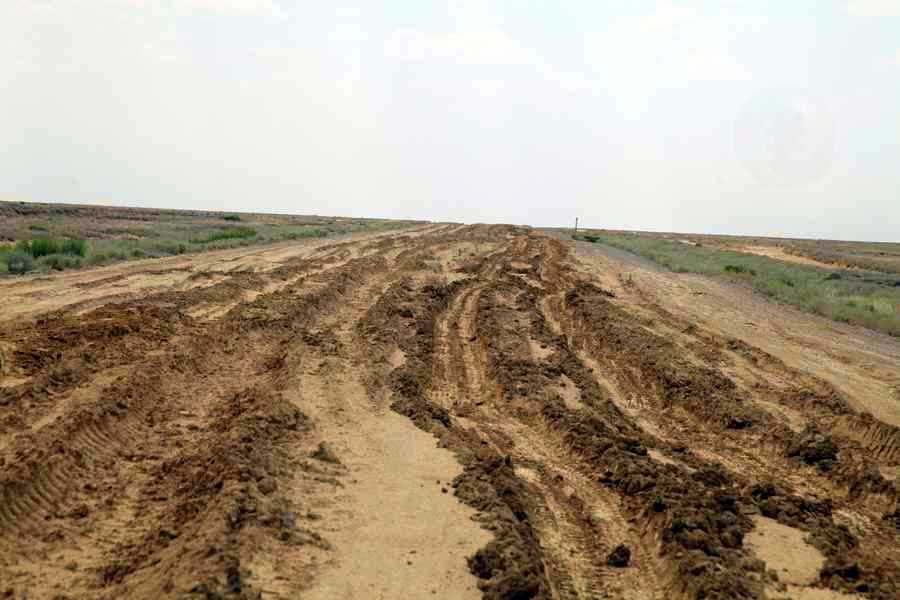 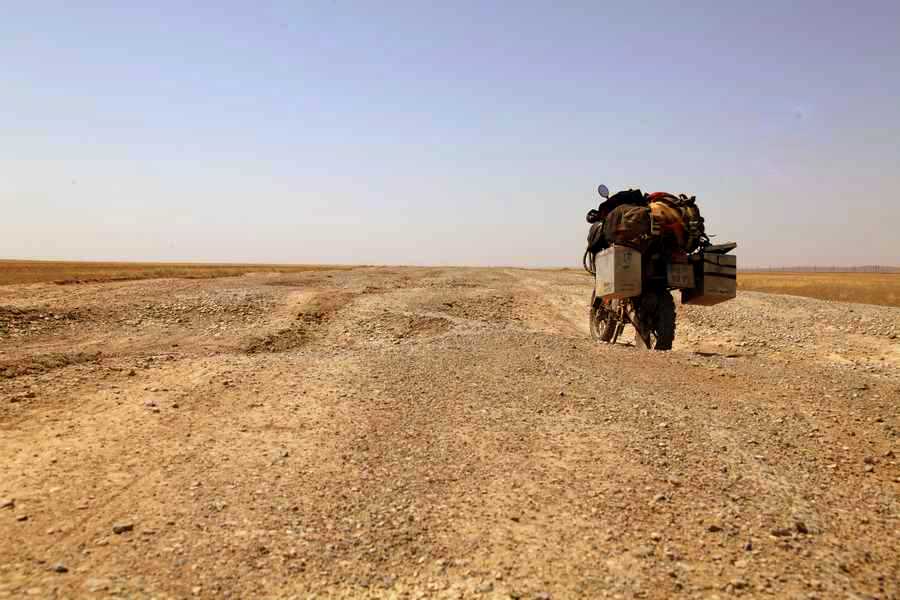 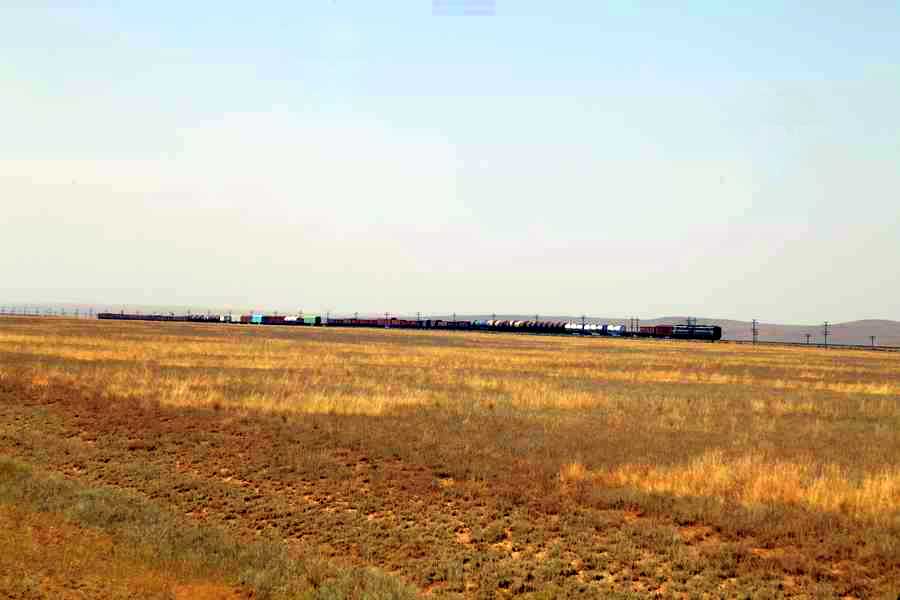 Only the train makes progress without problems

Of the 2700 km through Kazakhstan, the 1100 km between Aralsk and Arturau were among the worst and most exhausting of my whole trip. Every day 15 – 16 hours on the motorbike at 55 degrees heat, sandstorms, drinking 10-12 liters of water without peeing, after 2 hours of driving headaches due to the shaking – without painkillers a continuation of the journey would not have been possible. In addition, my luggage carrier broke once again in 2 places and a ride at the usual speed was out of the question. 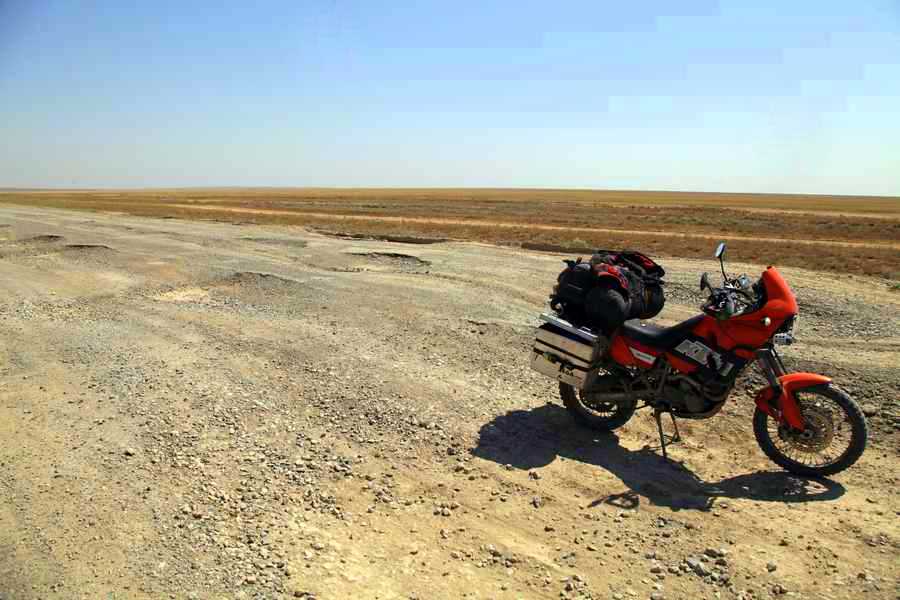 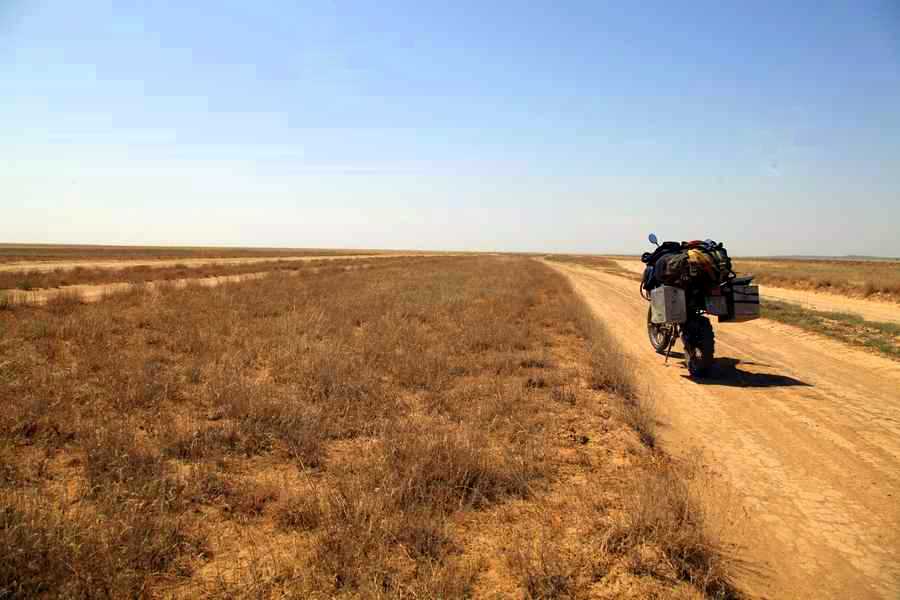 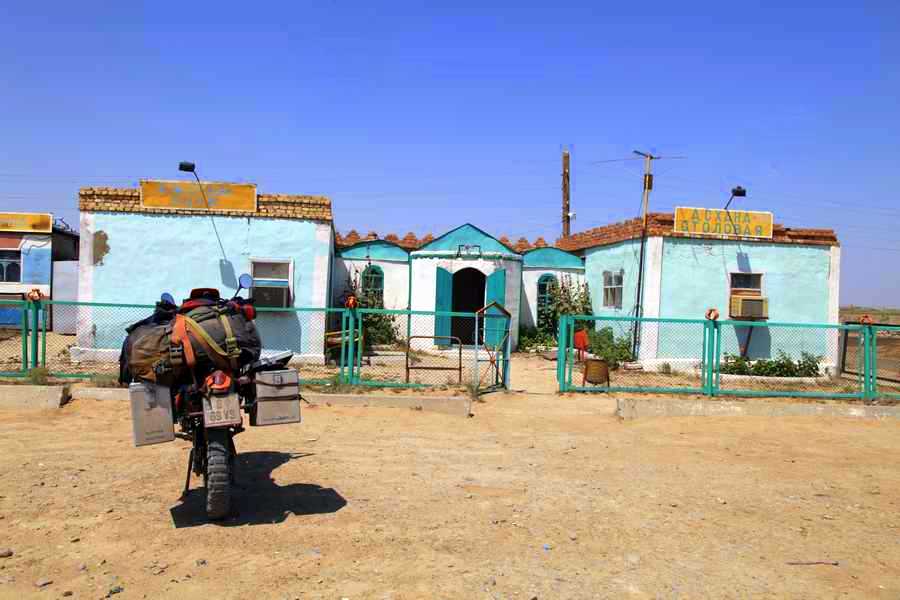 In between there are always small cafes where you can buy cooled water … or take petrol or even a hot shower. 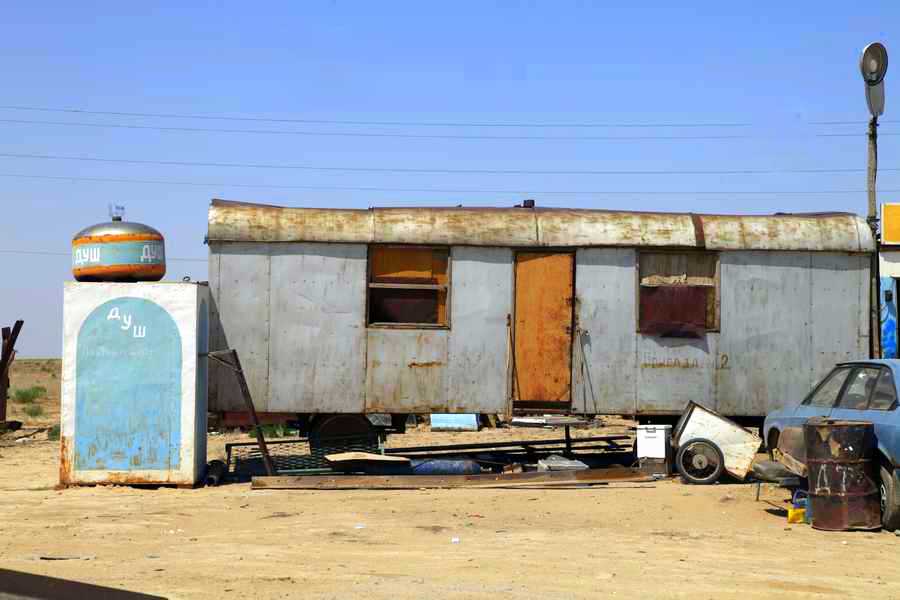 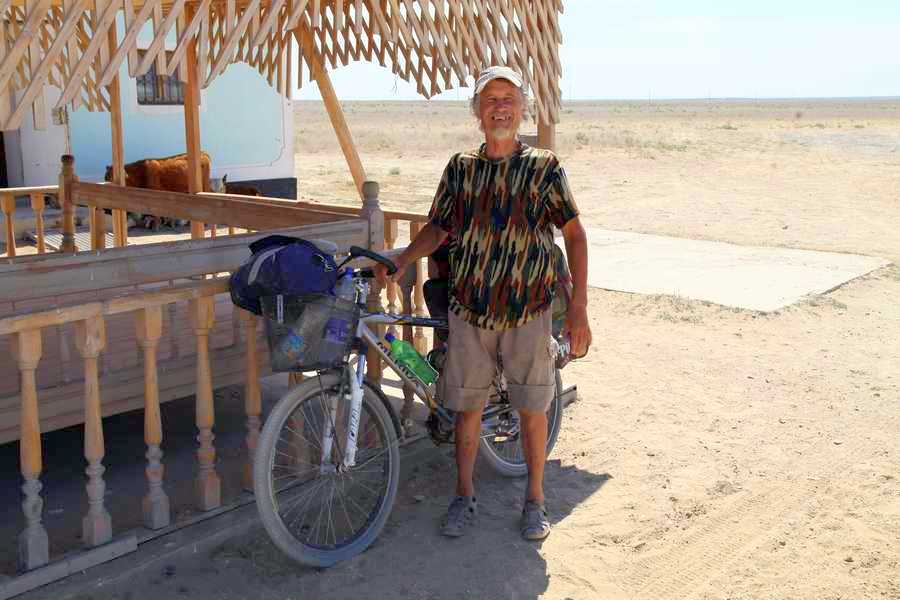 Andrei from Russia on his way home – he is already over 60 and did the same route as me but on his bike – that must be absolute hell.

When I finally got to the Kazakh-Russian border, the customs officers didn’t want to let me leave the country, because they obviously forgot to hand me an important customs document on entry. When asked what to do in such a case, one of the officials answered that I should go back and organise the document for myself at the border crossing point of entry. Thereupon I insulted the juggler in good Styrian until he had organised an interpreter and he took care of the whole matter for me via telephone. 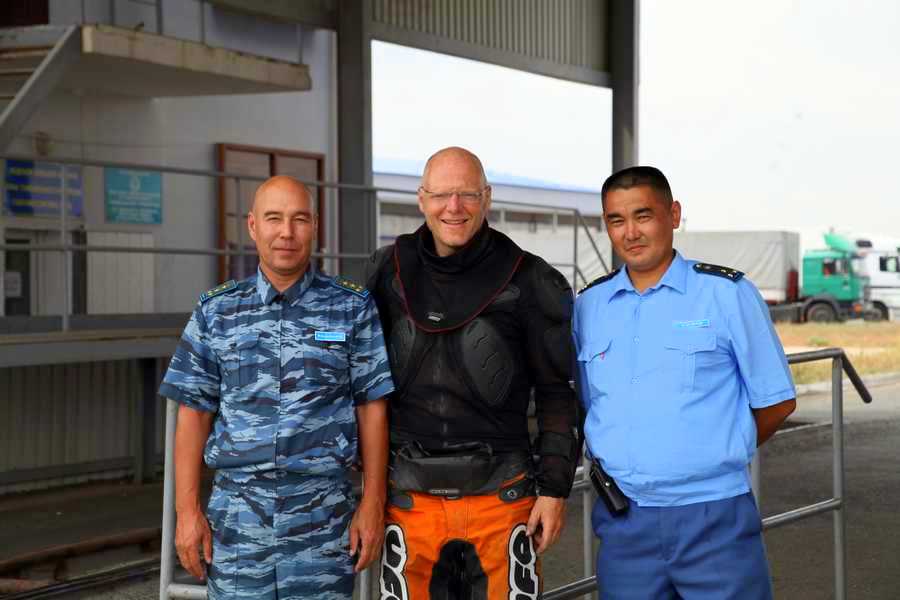 The one on the right is the joker who seriously wanted to send me back. After my departure was cleared, we made up again.