The border crossing to Tajikistan was the easiest in the Stan’s until now. The exit from Uzbekistan as well as the entry was without any problems. The Tajik officials were very friendly, courteous and uncomplicated. For the motorcycle I had to pay 10 USD against receipt, for us both without receipt and after tough negotiations 1 USD Bakhsish. The official reason was disinfection of man and motorcycle – but fortunately we did not have to endure it. 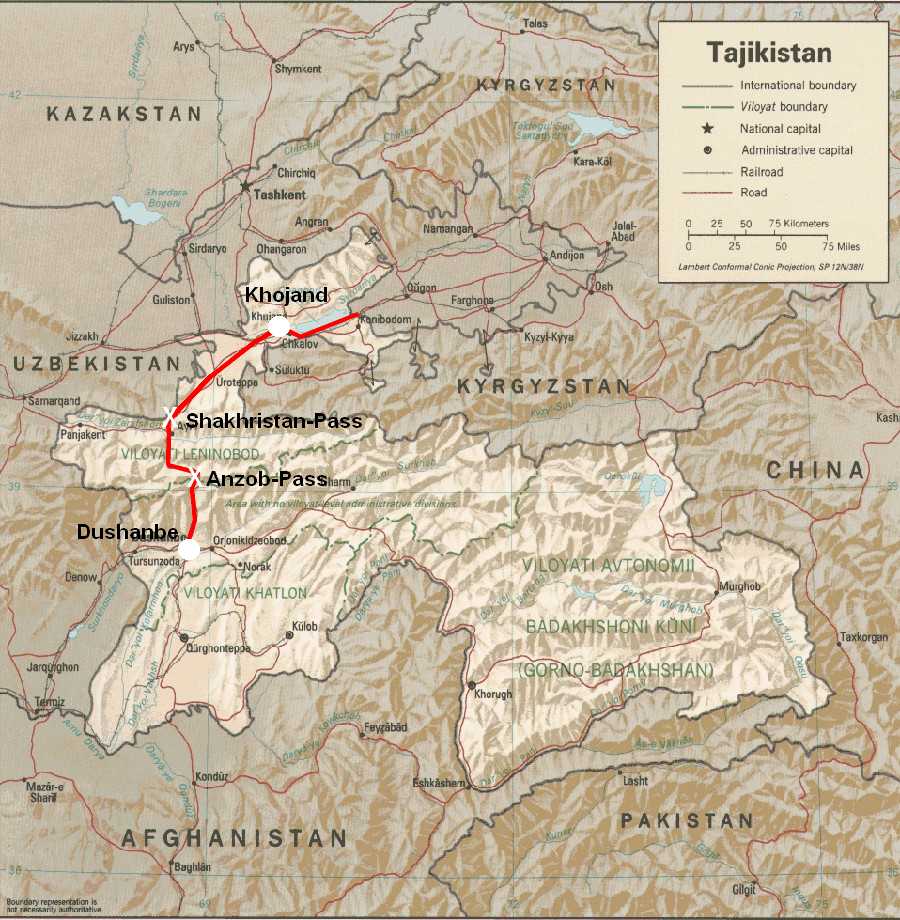 After 2 days in Kohjand, the capital of the north, the journey to Dushanbe was the first real challenge. For a distance of 340 kilometers 10 hours were estimated, but finally it was 12 short sections on the way south were newly asphalted, otherwise the roads are really bad in Tajikistan. Potholes, stones and some remnants of the former road surface make it impossible to move forward quickly. There were 2 passes with over 3300 m to cross, one was buried and was just dug up by the snow, rock falls, mudslides, an almost 6 km long unlit tunnel with up to 60 cm deep water holes let the Enduro heart beat faster. Various people have told me that this road is the best in Tajikistan. 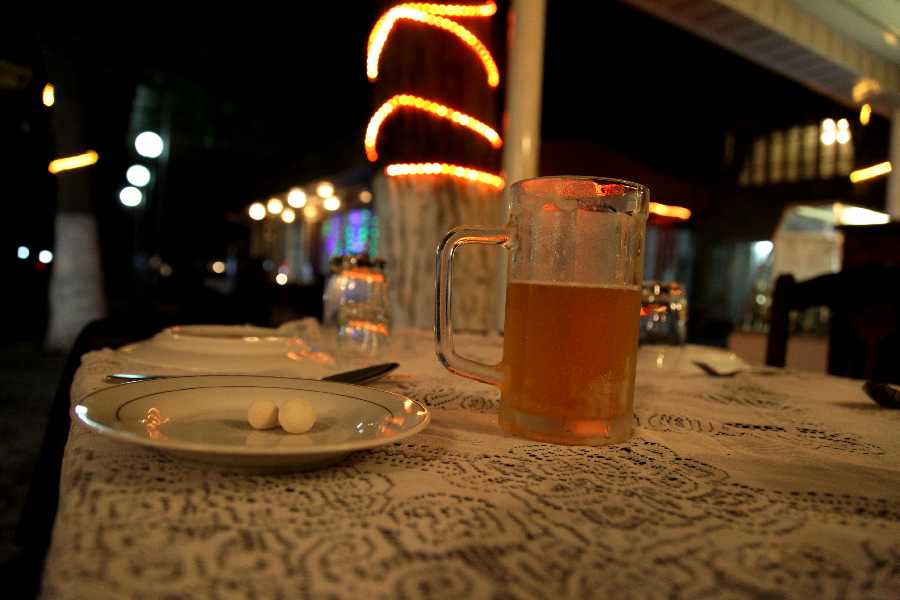 Beer is served here with small dried balls of cheese or yoghurt – the combination tastes great. You should avoid open beer, though – so far I had a draught Krügerl twice on this trip, followed by vomiting diarrhoea.

Spartak Kohjand against Pamiri Dushanbe – the second in the top Tajik division against the first. The game was weak, comparable to Austrian National League – the unit price of 30 cents per person was adjusted to the level. Maybe 3000 people were in the stadium in a moderate mood – after the half-time score of 0:0 I had enough.

Going south in the Fergana Valley you drive along the Kyrgyz mountains. On the way up to the Shakhristan Pass I had to stop at a police checkpoint, the policeman prophesied me that you would never get to the other side on a motorcycle at this time of year. This pass was part of the southern Silk Road that leads from Samarkand via Kohjand to Osh and was crossed by caravans thousands of years ago – so my Kati easily manages. 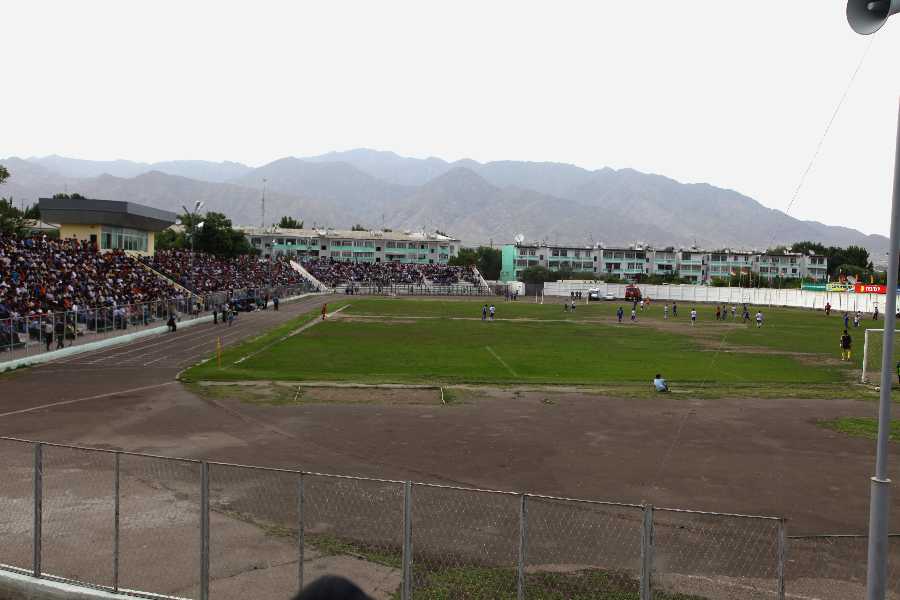 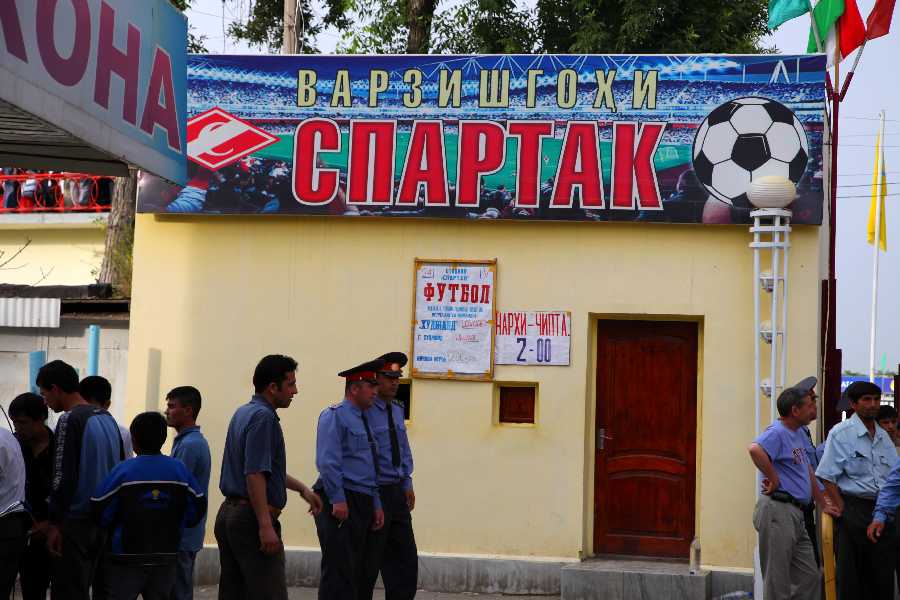 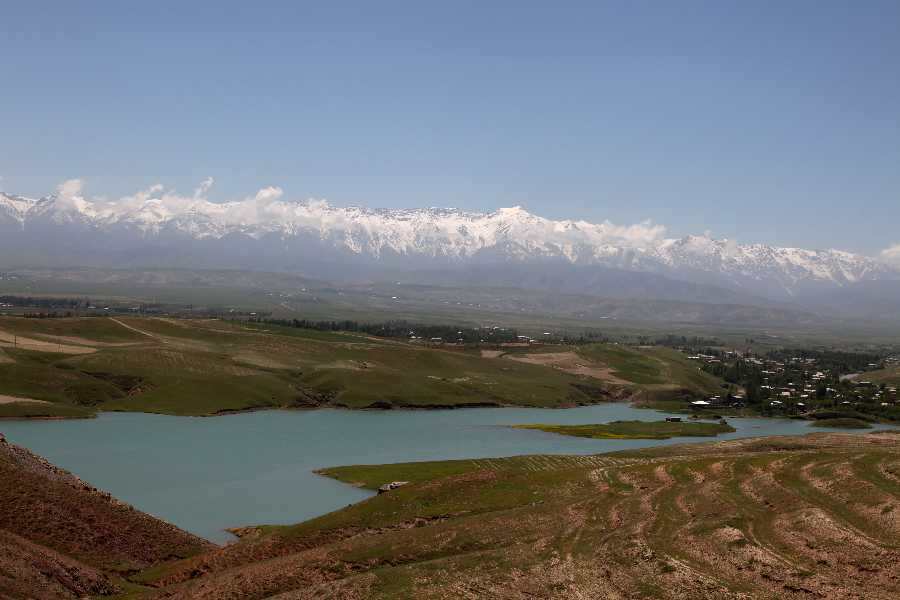 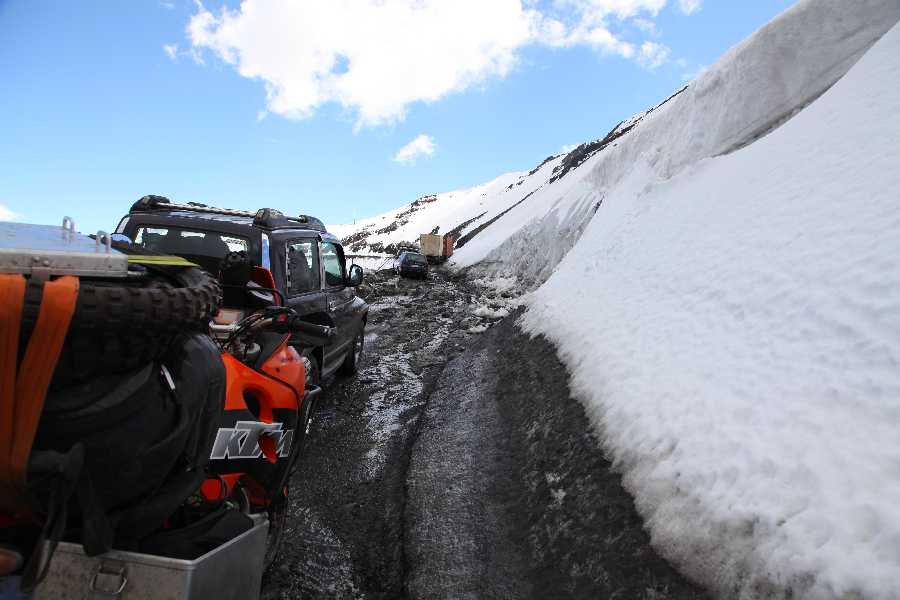 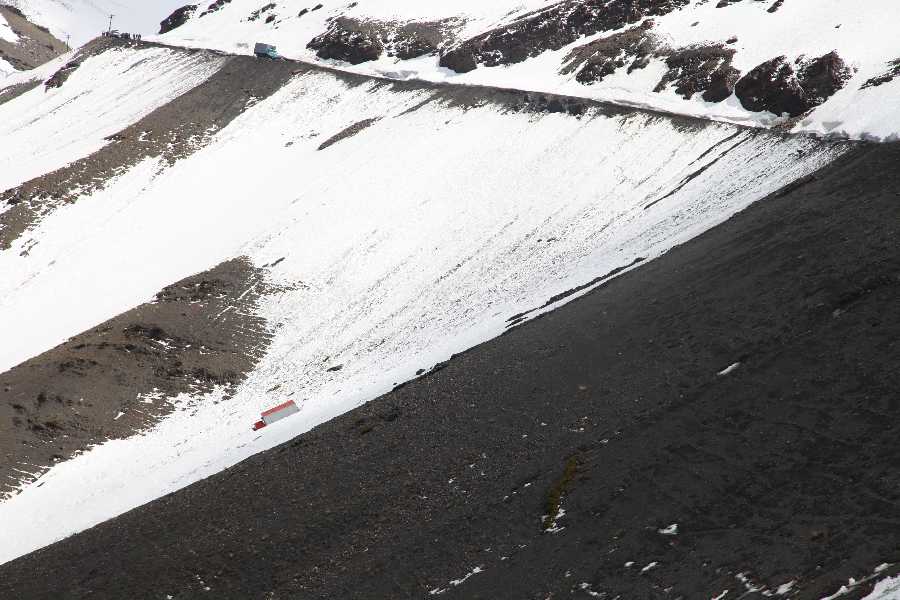 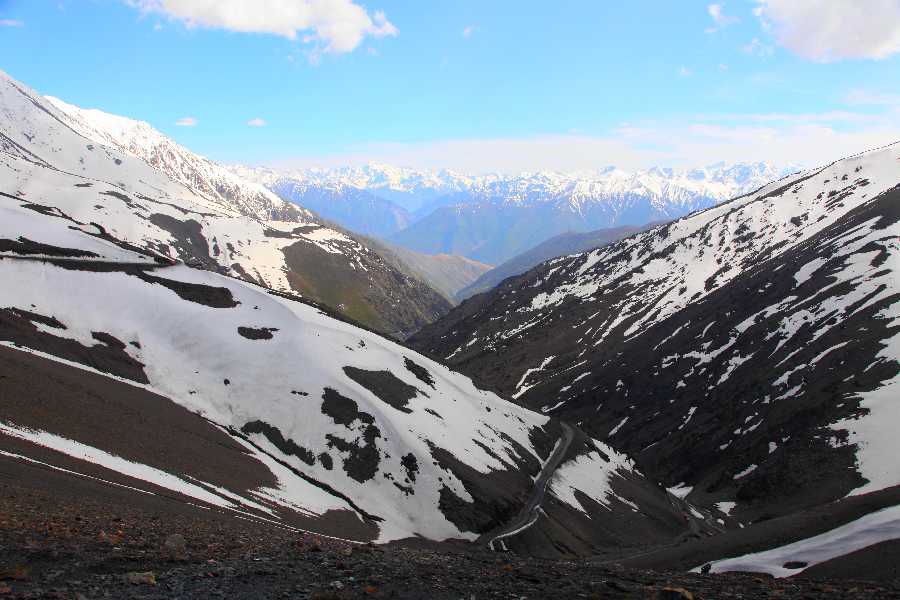 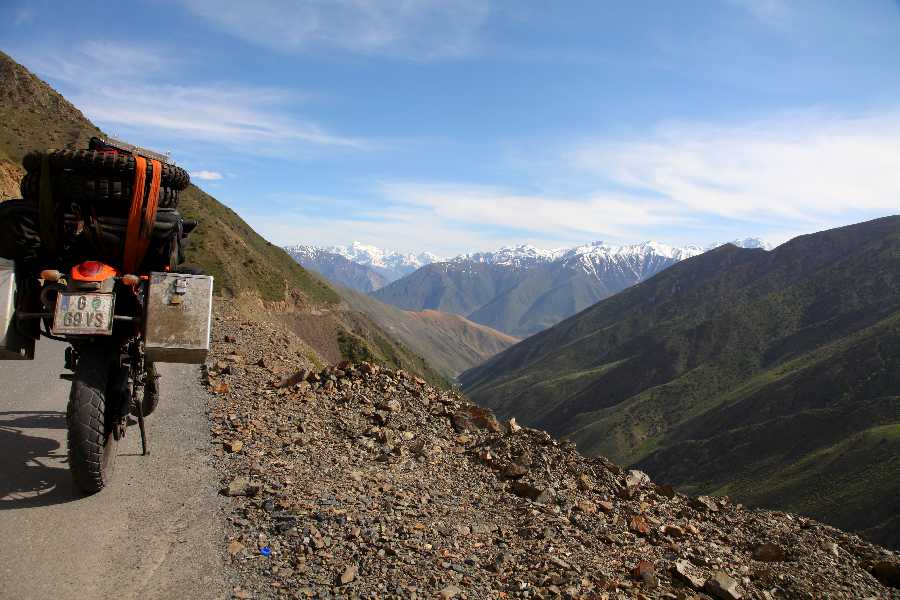 After passing through the Zarafshan Valley, which runs from east to west, you drive up through the steep gorges of the Yangob to the Anzob Pass. In this valley are the last Sogdian settlements. After the Sogdians were defeated by the Arabs in 722 and driven from Samarkand and the Zarafshan Valley, a cultural oasis was preserved over the centuries. About 3000 people in Tajikistan still speak the language from the times of Alexander the Great. Many of the villages are deserted, however, as the Soviets systematically resettled the inhabitants in the nearby Fergana Valley until the 1970s. 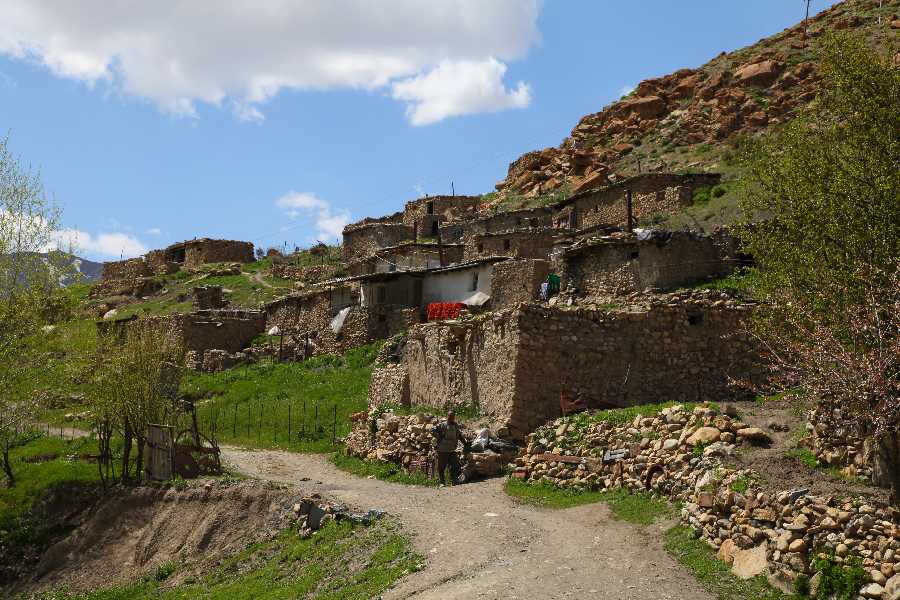 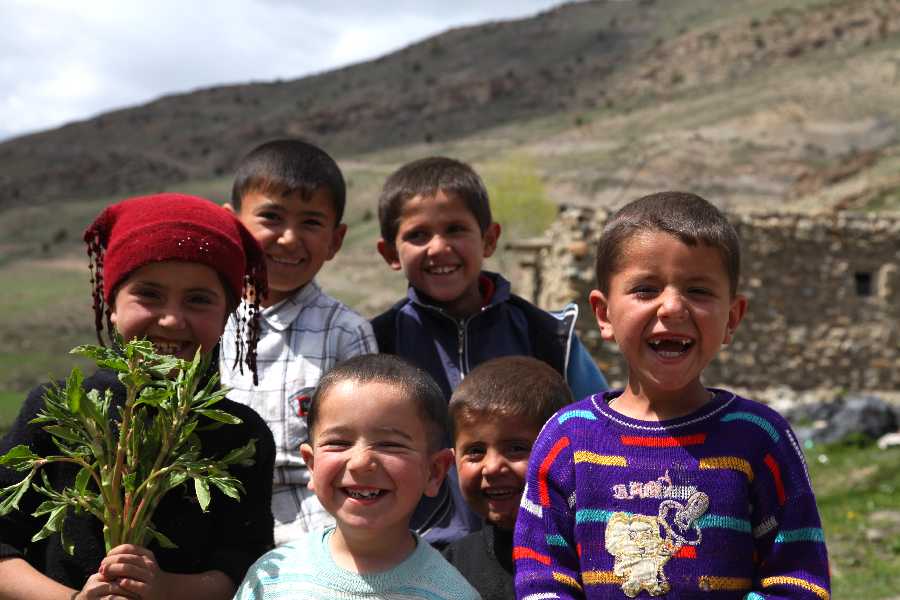 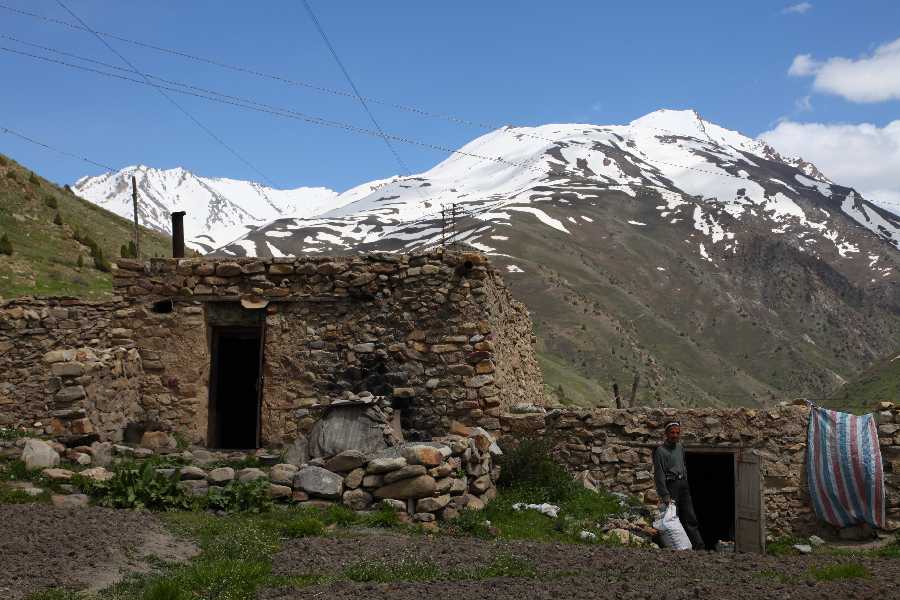 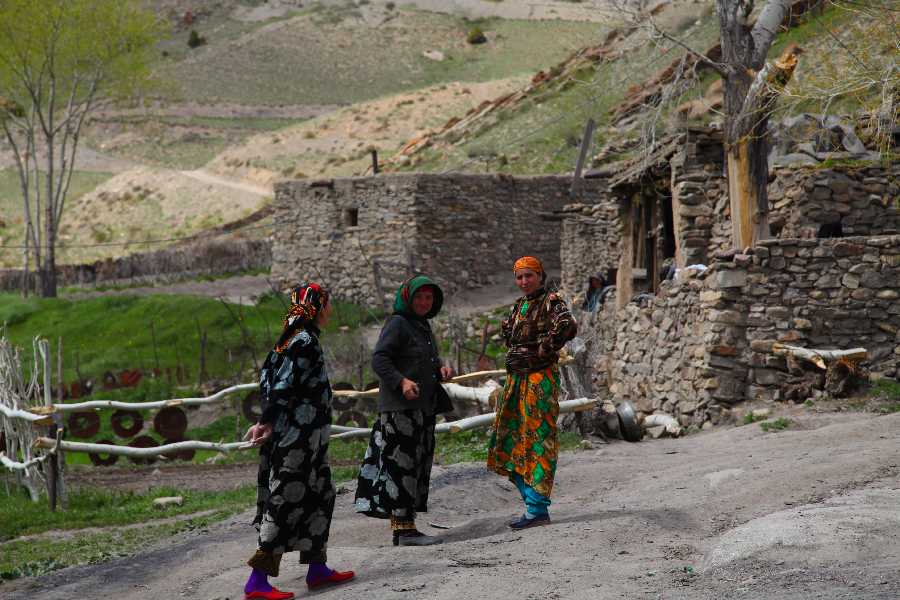 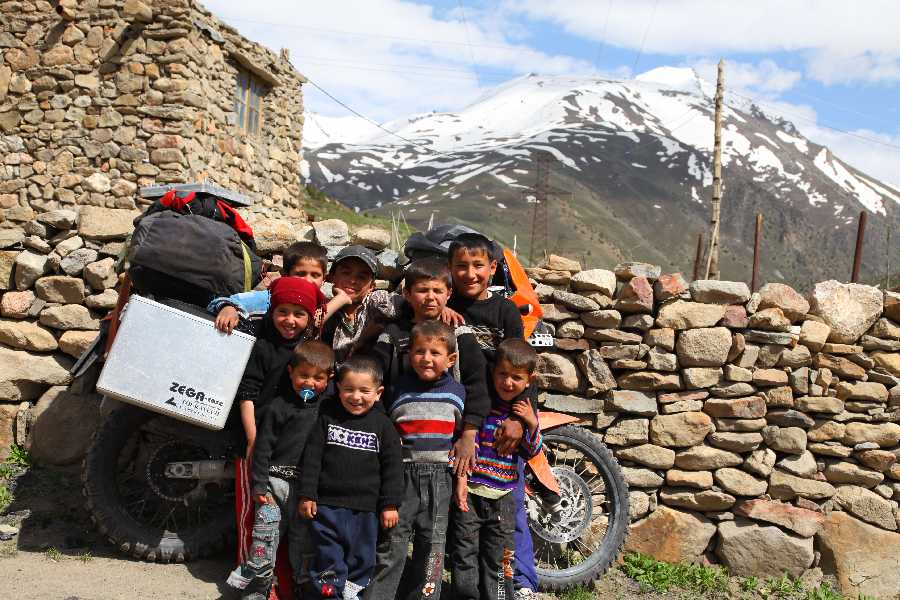 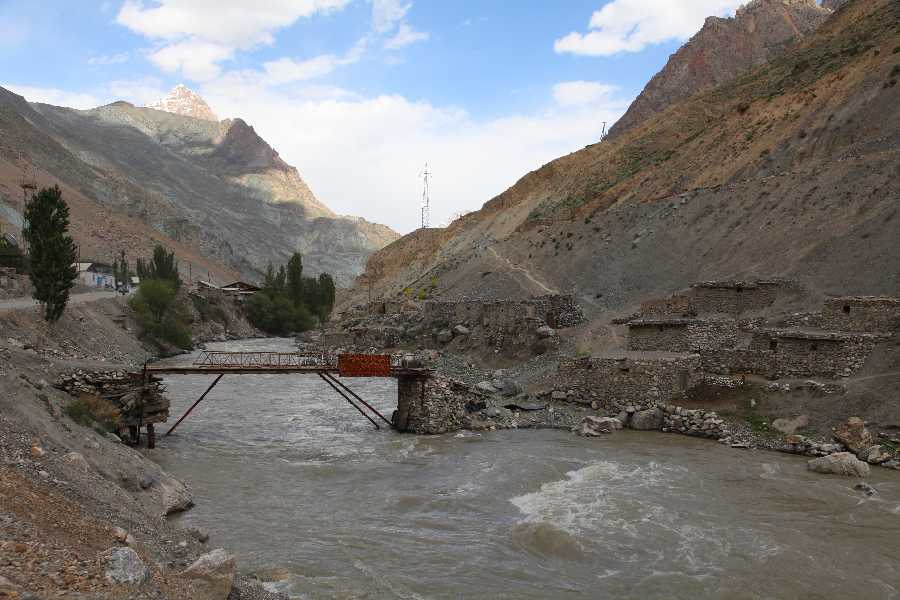 The people are extremely friendly like everywhere in Tajikistan and invited me in a small village off the pass road immediately for tea. An invitation for tea means that what is in the house is served, lots of homemade food, which looks a bit strange at first, but tastes great. 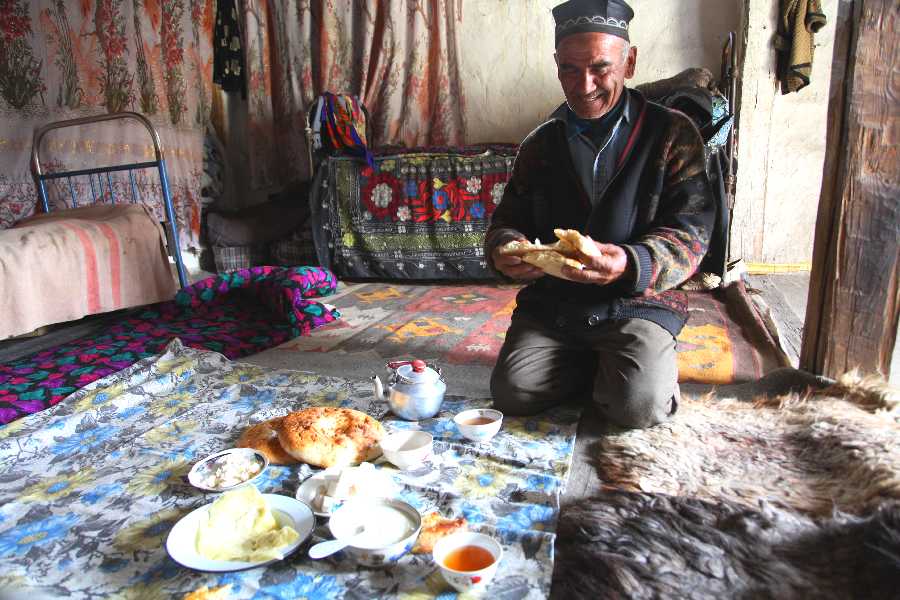 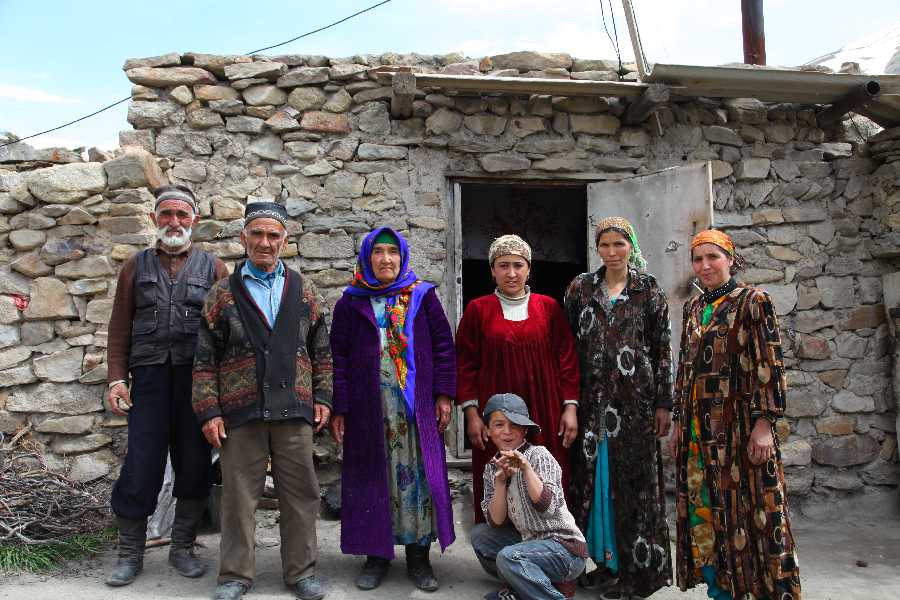 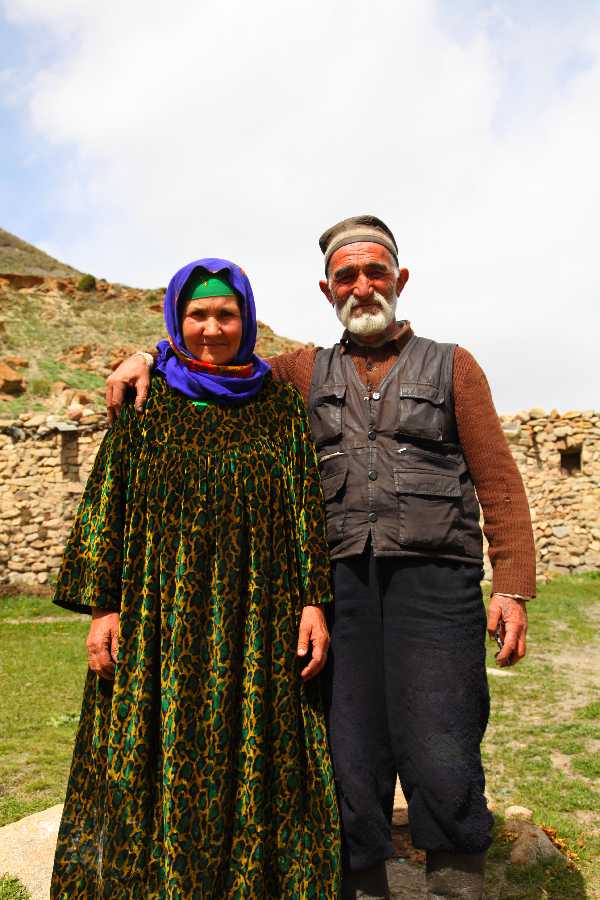 Dushanbe is considered to be the loveliest capital of Central Asia and if you wander through the streets like this, then it probably has this reputation rightly. Wide streets, avenues, lots of light and colour convey the friendliness and charm of a mundane city, the strong police presence security. Surrounded by the snow-capped mountains of the Hissar Range in the north and the foothills of the Pamirs in the south-east, the continental climate provides extremely hot summers, mostly sunshine and clear blue skies. With 600,000 inhabitants, the city is well laid out and the public transport network is excellent. Despite this obvious idyll one has to be careful, I caught a pickpocket in my trouser pocket in a bus. Without any problems I could put the man on the street at the next station without my money.
The appearance deceives, the security since the end of the civil war is superficial and superficial, a passenger explained to me. The president rules with an iron fist, the opposition is suppressed, and there is no freedom of the press or democracy. The police are corrupt and work together with the Russian mafia and thieves like them, and unsolved robberies and thefts are the order of the day.

Here: The Opera and the House of Literature 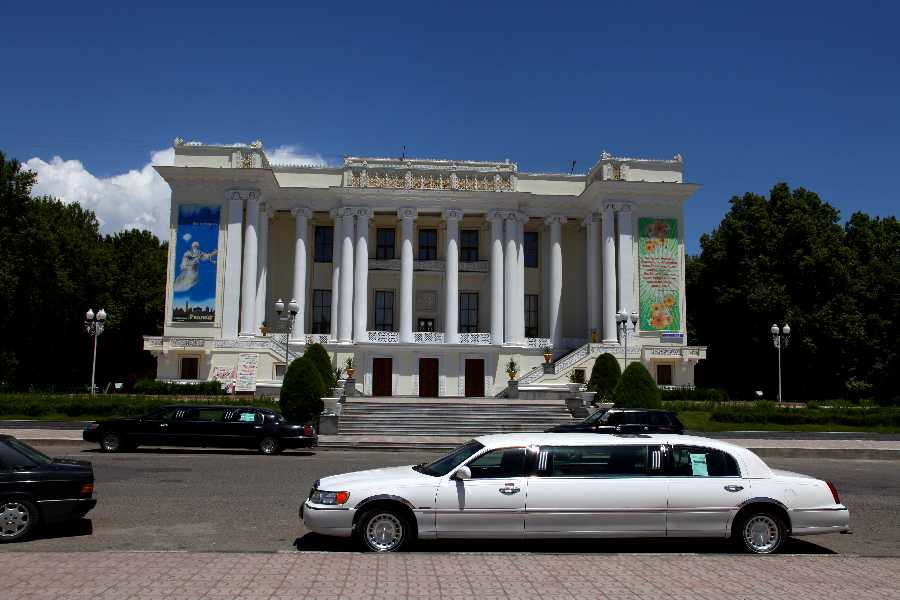 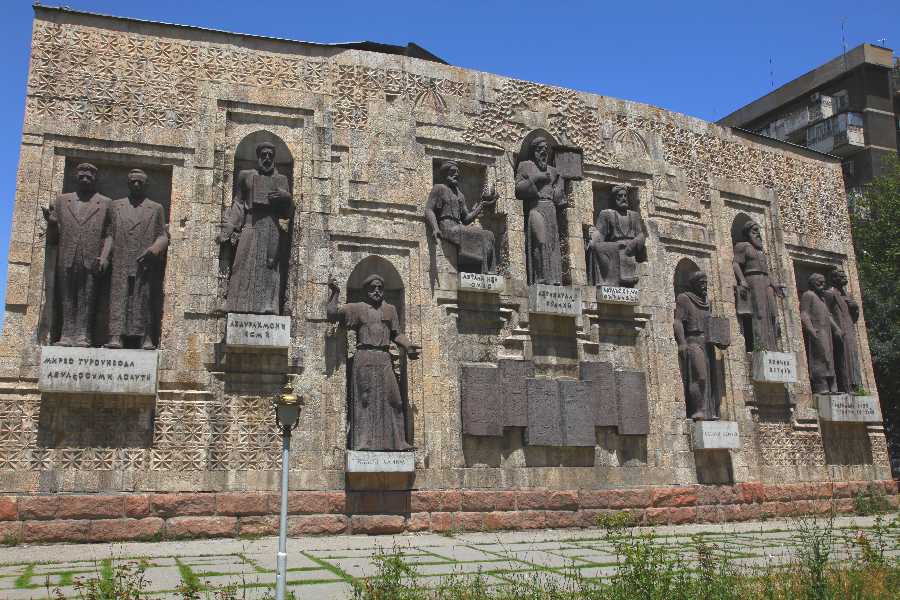 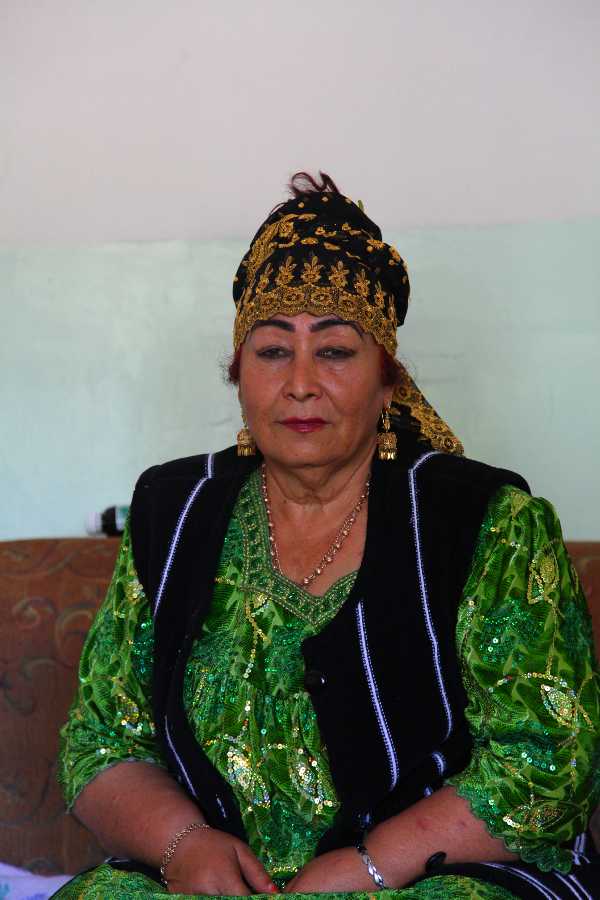 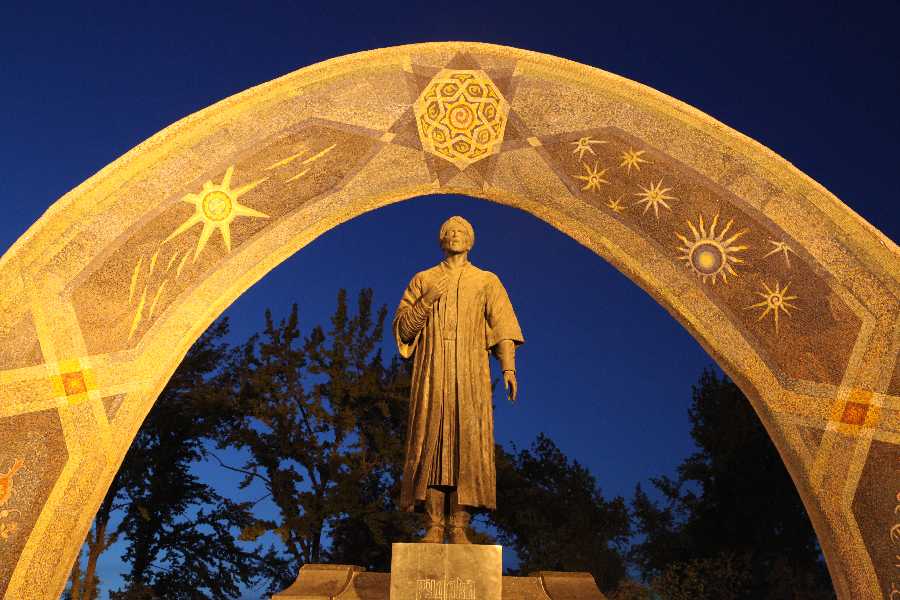 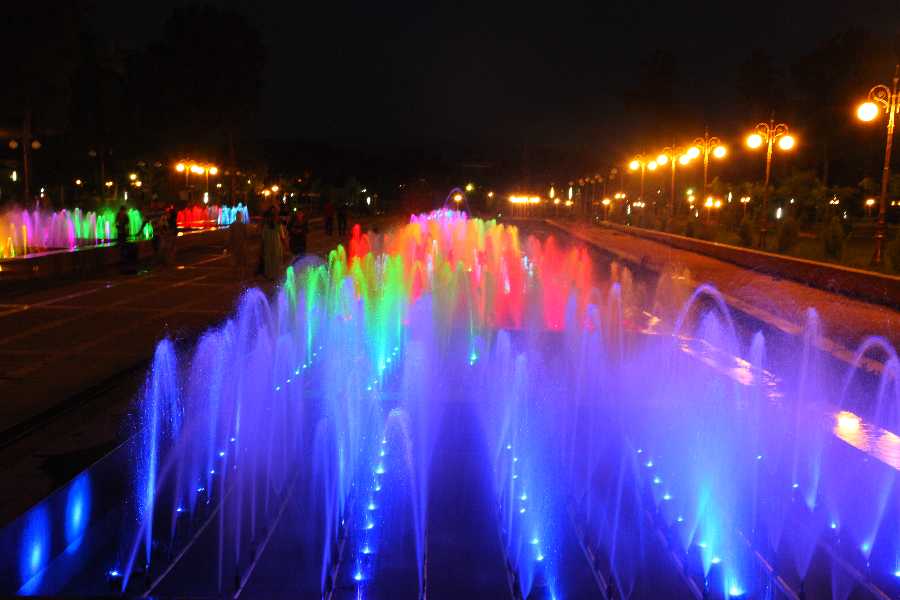 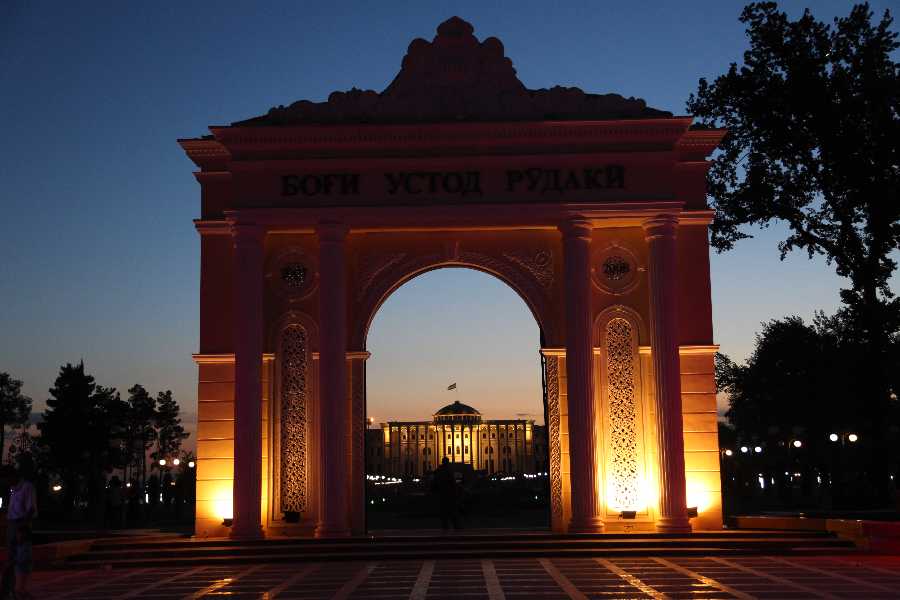 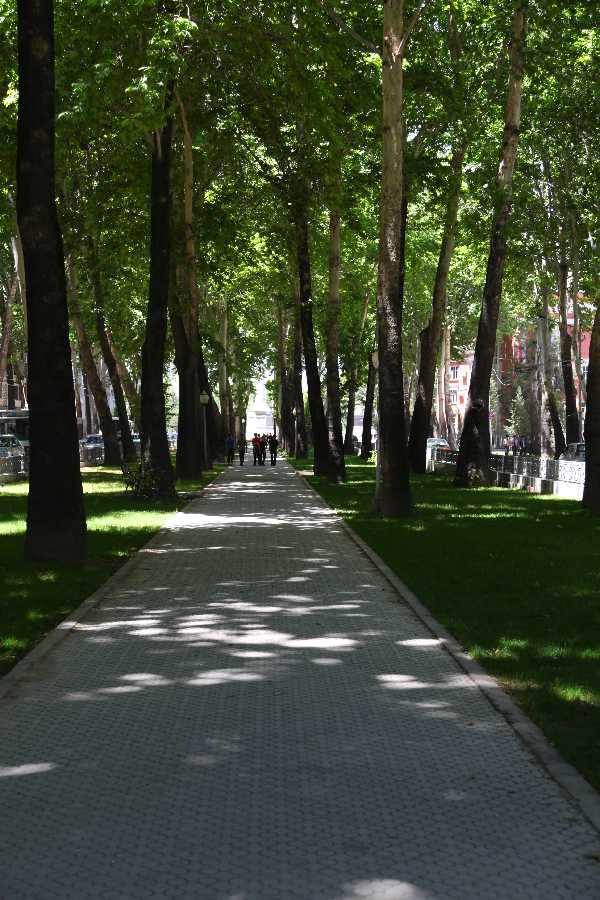 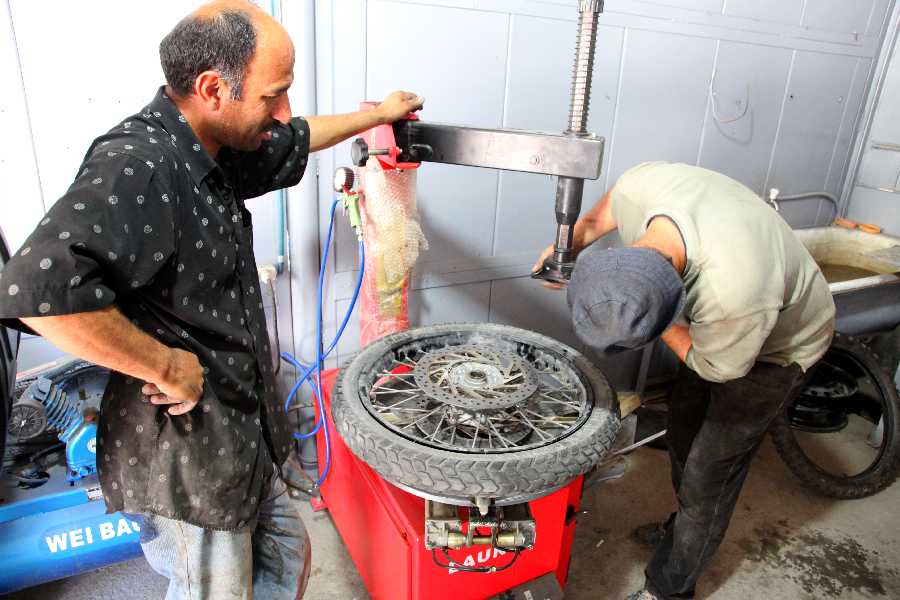