The night flight from Tokyo to Auckland meant 11 sleepless flying hours, 5 films from the onboard video store, 2 x food and at least 2 litres of water. The fact that I was allowed on board at all was more due to the luck, the donkey patience and the kindness of a Japanese check-in hostess at the New Zealand Airways counter than to my own.

Punctually 2 hours before departure I was at the counter of the Tokyo airport and had answered the question “You will fly on to Australia?” truthfully with yes. All my destinations on this trip up to and including back to Vienna are combined in a multi-destination ticket and the next stop to New Zealand is Sydney. “May I please see your Australian visa – I am not allowed to take you on board without a secured visa for your subsequent destination”. Aha – learned something again. I wanted to organise this visa in New Zealand in a relaxed manner, but as the facts were at that moment, I guess it was a bit too late. In my usual manner I had of course started to discuss and listed a number of reasons why it should be possible anyway and she could issue the boarding card to me calmly. Every time I thought I had convinced her with my arguments, she would walk into an office with her extremely short steps at the back of the switch, talk briefly to the manager and then say to me with the same smile she had come out with: ” Sorry Sir, not possible”.

After a relatively tense back and forth, it finally occurred to her that this visa could perhaps be registered online – as a last option before the emotional disaster. I didn’t know if it was possible, and after my internet-enabled devices were all out of power, I asked her very politely but firmly to try it with her pad. It would have been too late to rebook the ticket so shortly before departure, so if I had not come on board I would have had to buy a new one.

The respective internet page was quickly found, but several attempts of the online registration failed. About 15 minutes before boarding we came to the conclusion together that in my case not the registration page for Japanese people is valid but the one for EU citizens. So here we go again. At the first attempt with the correct address it worked, the online registration could be completed and a message was sent by email – but only with an invoice of 0,- € and the hint that my application will be checked and processed in an unspecified period of time. Now it really burned, the said hat.

At this time the 150 cm high Iki Nanako had proved true size and this invoice, although nothing was calculated, was taken as an indicator that I will probably get the visa sometime. The board card was printed out quickly and after apologizing to me several times for causing me problems for more than an hour and keeping me waiting so long, I went through the security checkpoint on the double, straight into the cabin. When I disembarked in Auckland, I received the message that my Australia visa was approved. 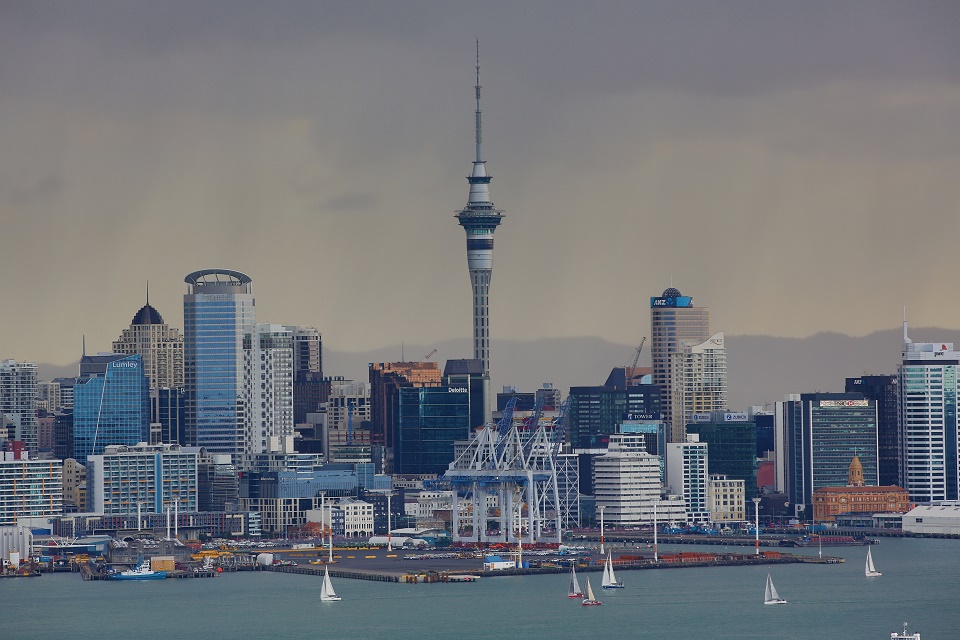 I read somewhere that Auckland Downtown claims to be one of the great cities of the world. I stayed for several days in a small hotel right in the centre near the harbour in Fort Street. The first thing I noticed was that Auckland cannot live up to this. Compared to international cities like Tokyo, New York, London, Berlin or Vienna, everything is a bit smaller, untidier, more improvised. 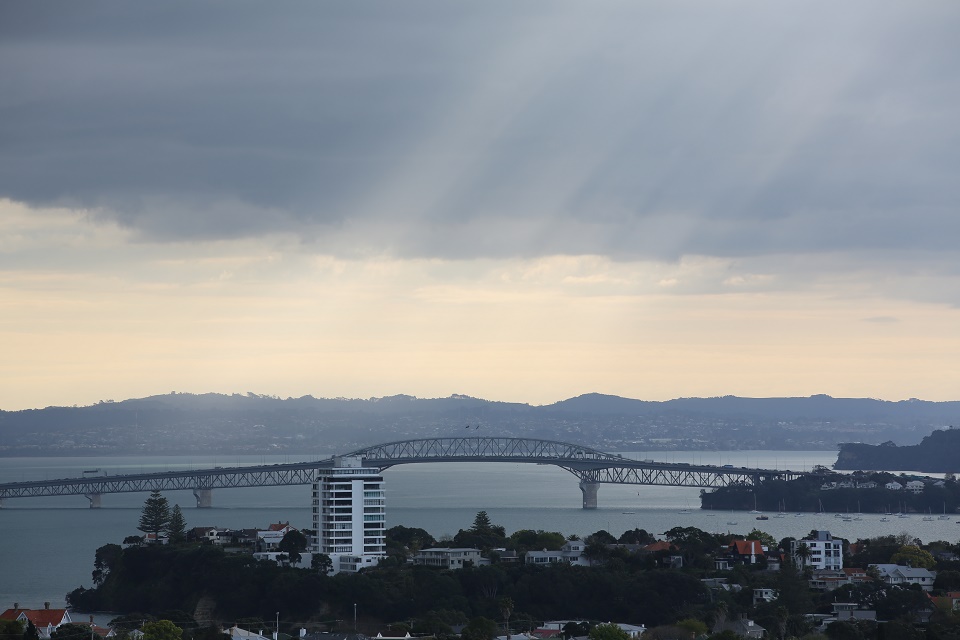 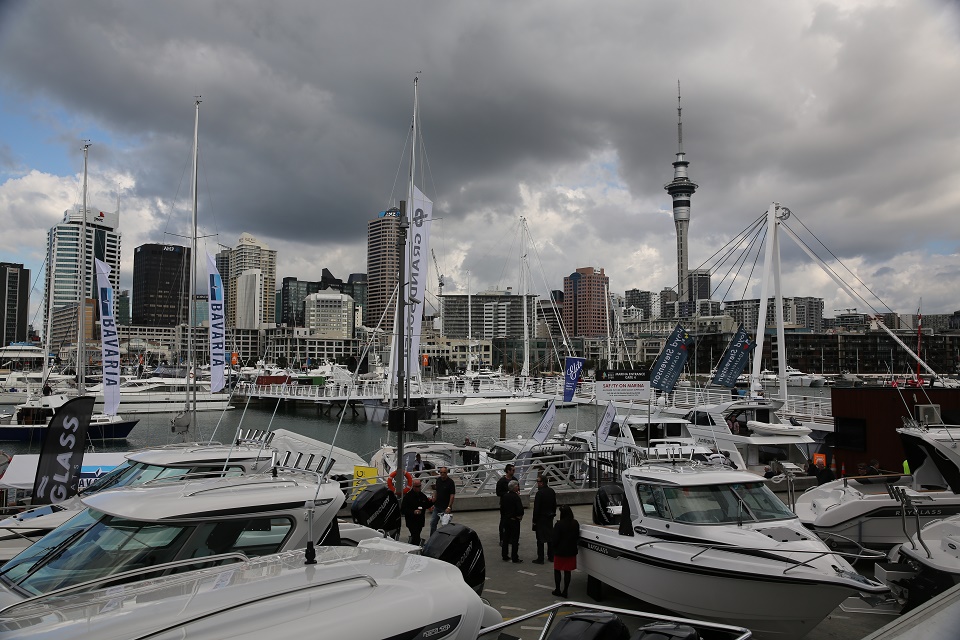 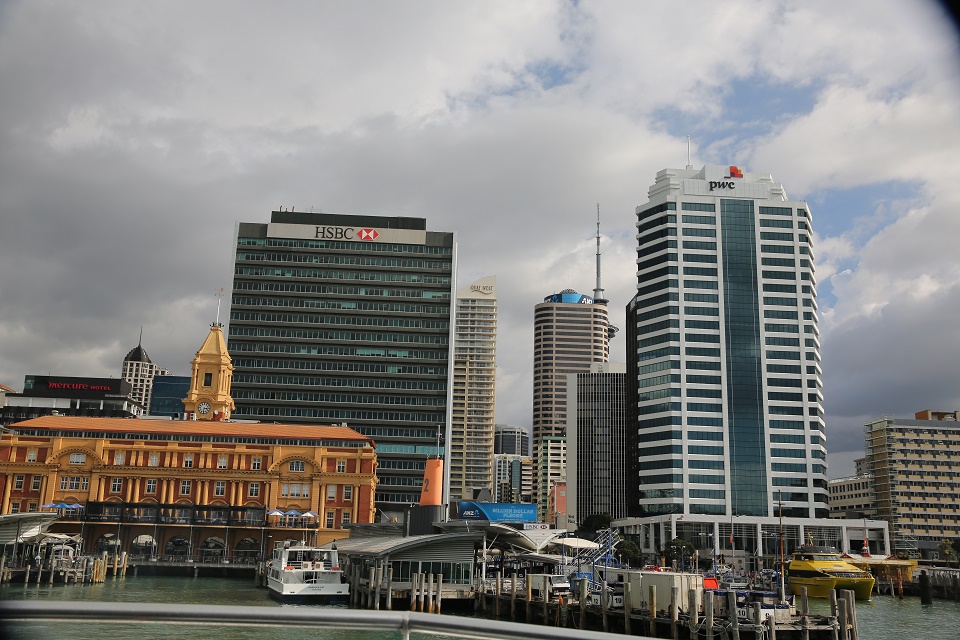 First of all, however, one is with the nightly rabble-rousing noise development. I only know this kind of thing from Indian cities – there the street dogs take over the command in the night and move through the streets howling in packs. Here in Auckland it is the young people who, obviously drunk, roar through the streets in hordes until 5 o’clock in the morning or really accelerate with their motorbikes that feel like they’re without exhaust. The echo of the house canyons makes one believe that the vehicle is standing right next to the bed in the room. Noise pollution as an administrative offence is obviously not known here.

Since my departure from Austria I hadn’t slept properly and in this part of the city it was not possible for me to find any sleep. I didn’t want to move, so the decision was quickly made to keep the stay in Auckland as short as possible and to travel on towards the north, the starting point of the trail. My personal low point was the last night before departure. I had hardly closed my eyes when at about 2 am a street singer right under my window decided to sing to his guitar chords until 4 am. Apart from the fact that he really couldn’t sing, he only knew 2 songs – Hotel California and some tearful ballad unknown to me. Every time a group of young people came along, they would tune into the lyrics – which didn’t improve the quality, but the volume. But for the young people it didn’t matter, because after one song they moved on again, for me the next round started.

The region of Auckland is with a little more than 5.000 km² of the area about 8 times as big as Tokyo City, but it accommodates about 1/7 of the inhabitants. In this point Auckland is really world class for me. The whole city seems – apart from downtown – to be a huge suburban settlement, with many small local centres where village life takes plac 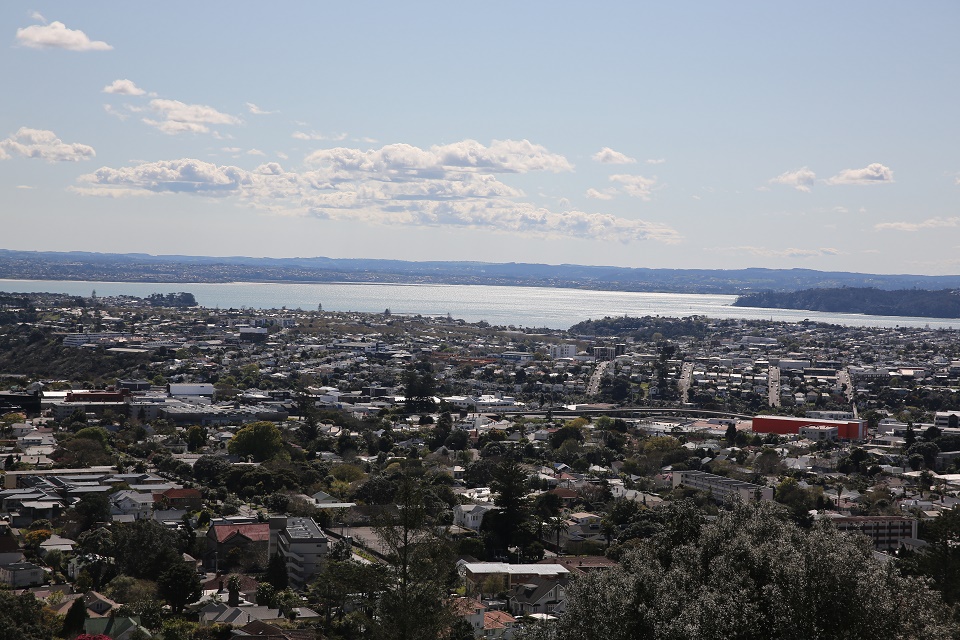 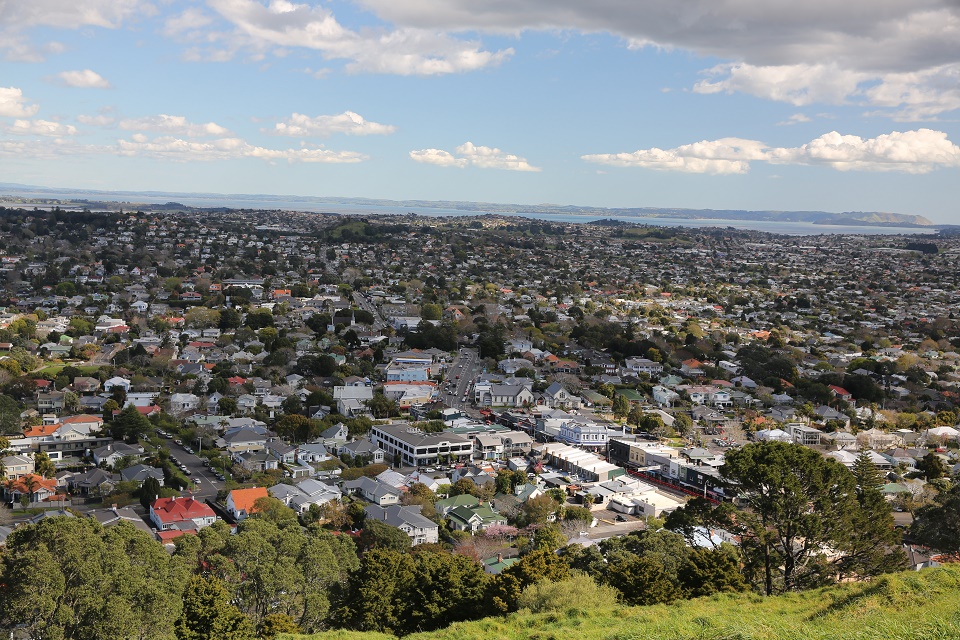 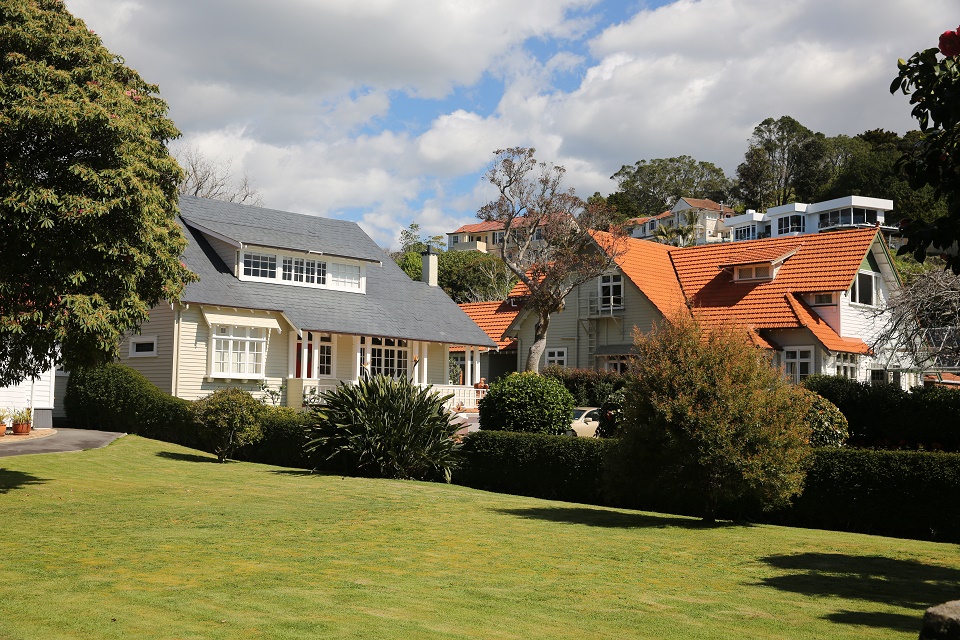 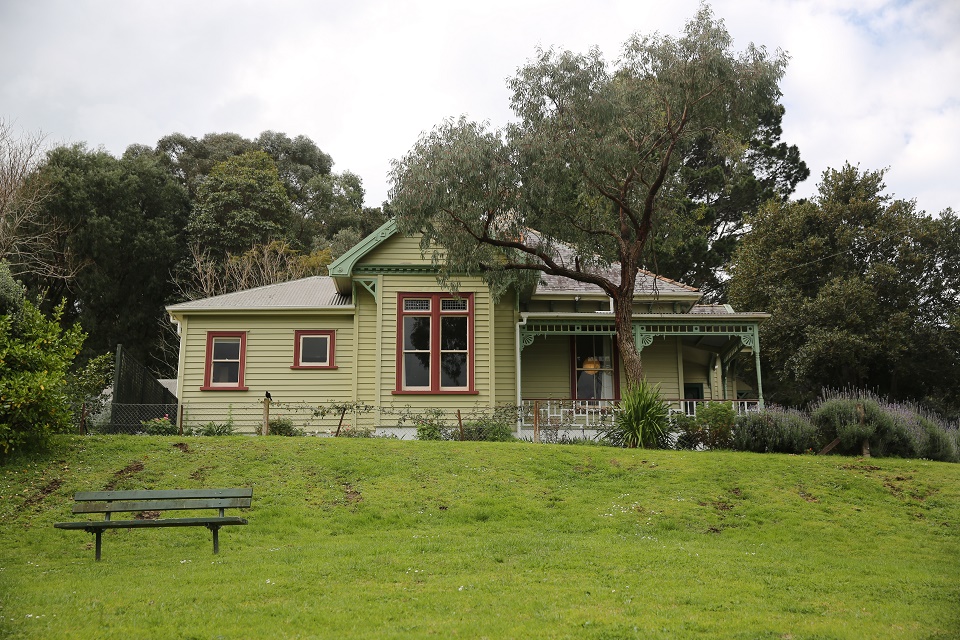 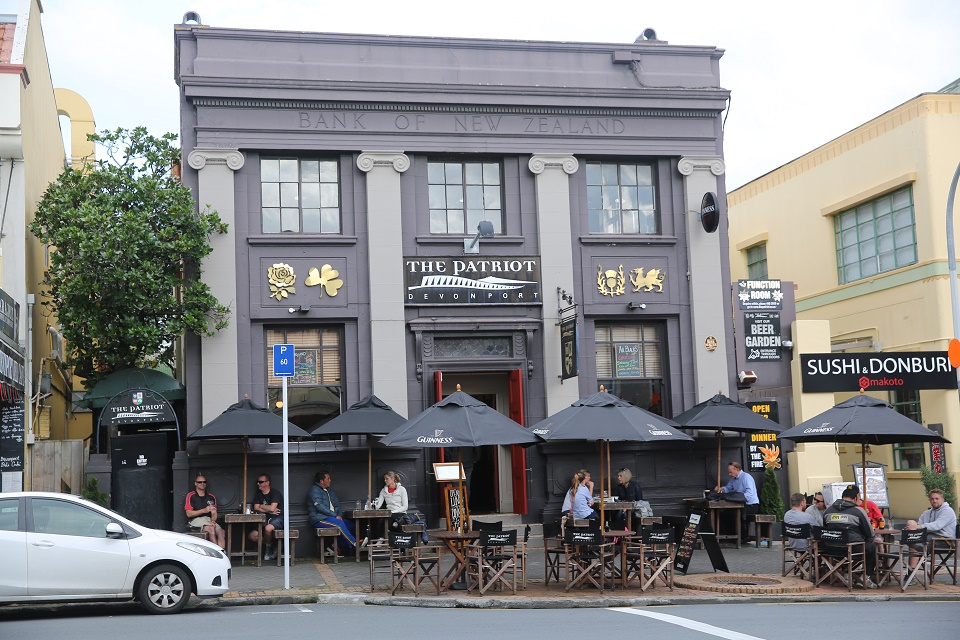 This flair in the very green residential areas, partly built in colonial style, is something very special. There is a Coast-to-Coast hiking trail starting from the harbour of the centre up to the other end to the next coast. There, one is already on the way for some hours, but one passes most of the important sightseeings and one can really dive into life. 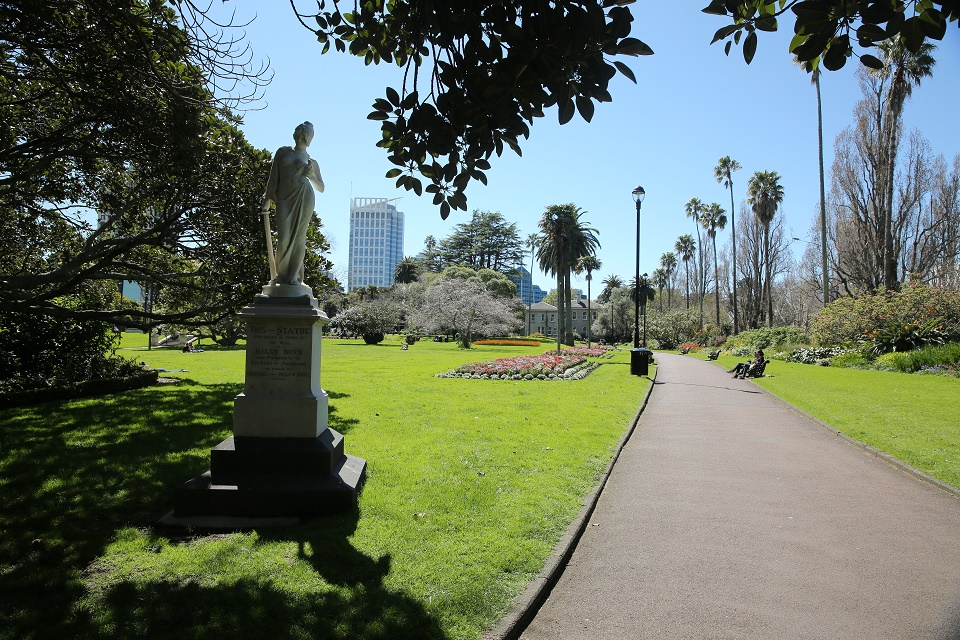 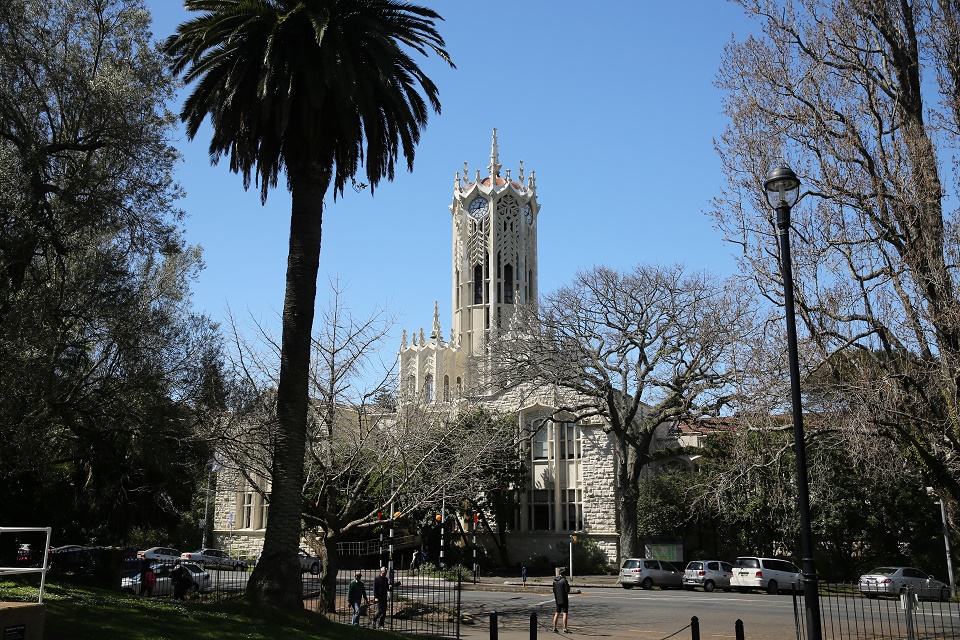 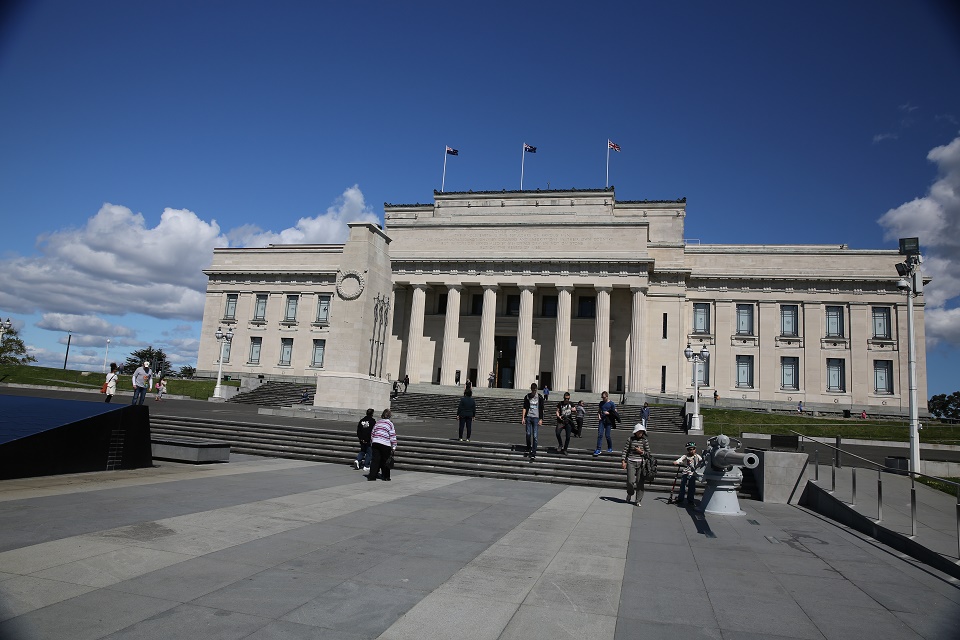 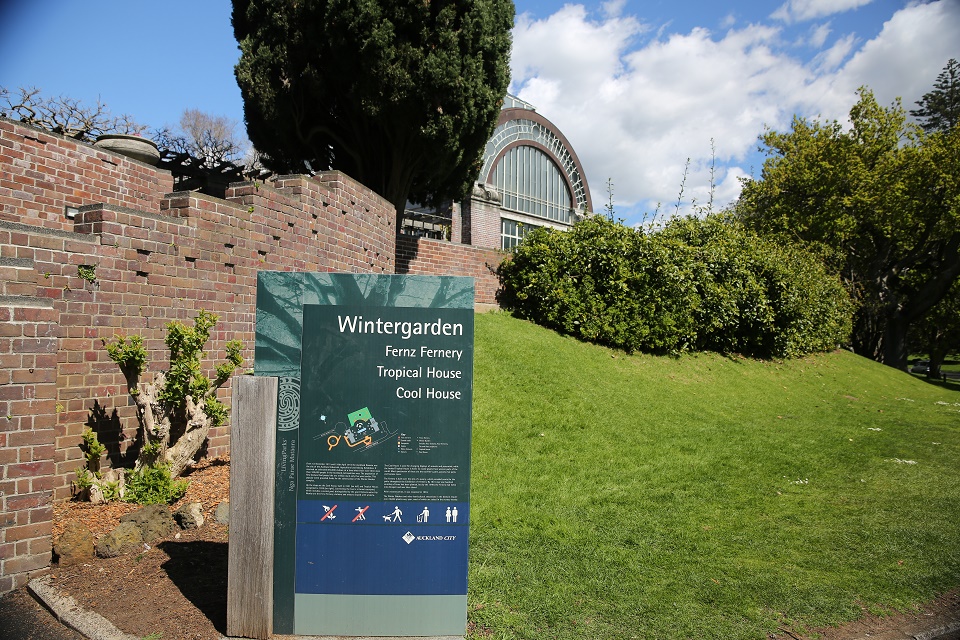 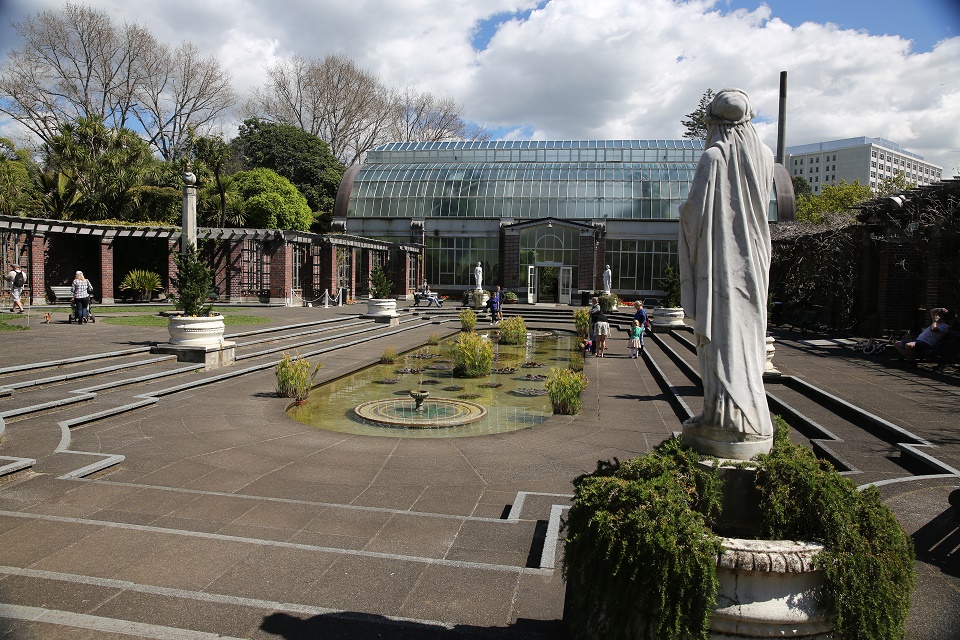 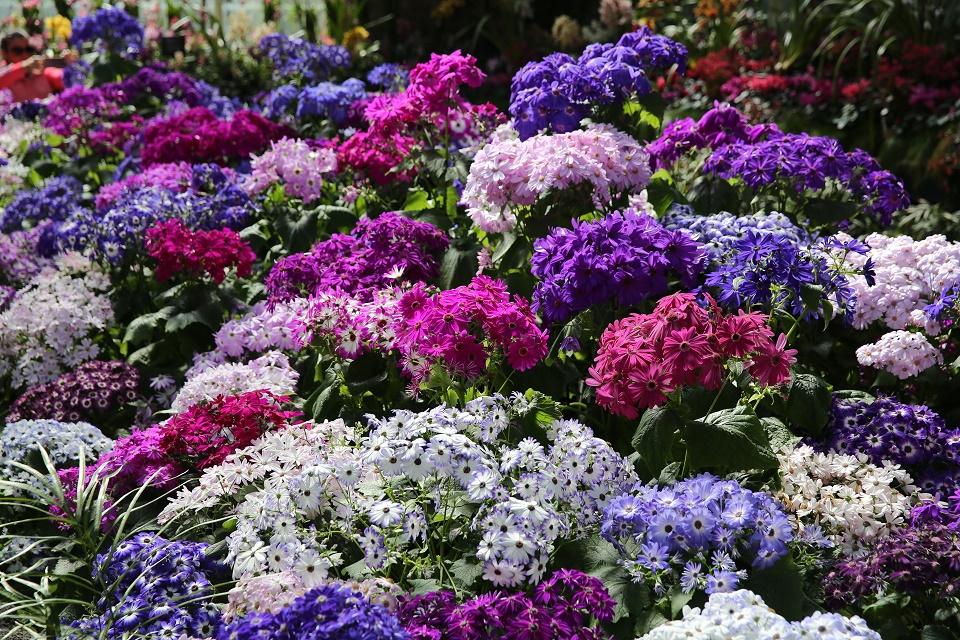 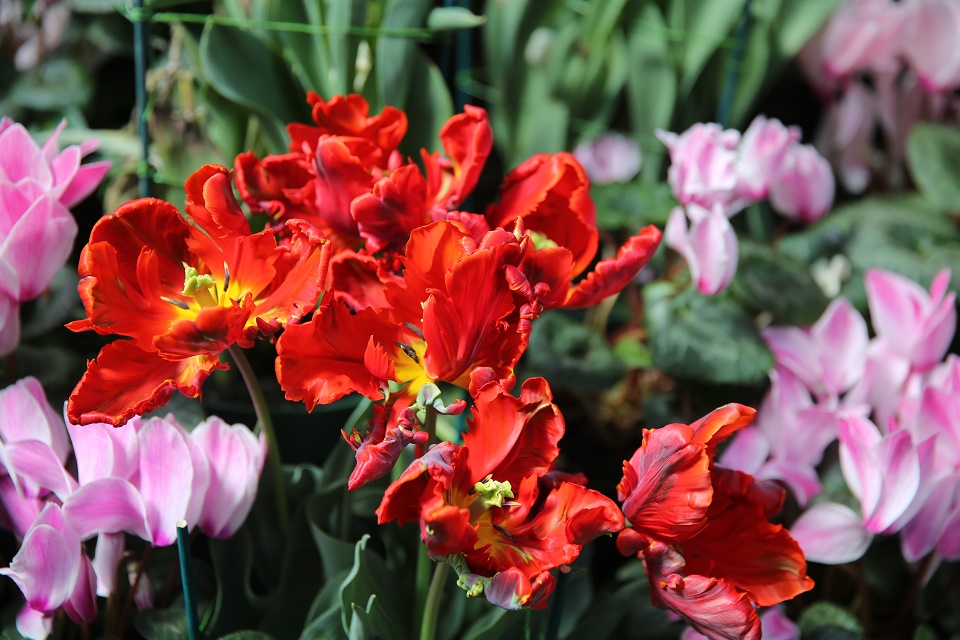 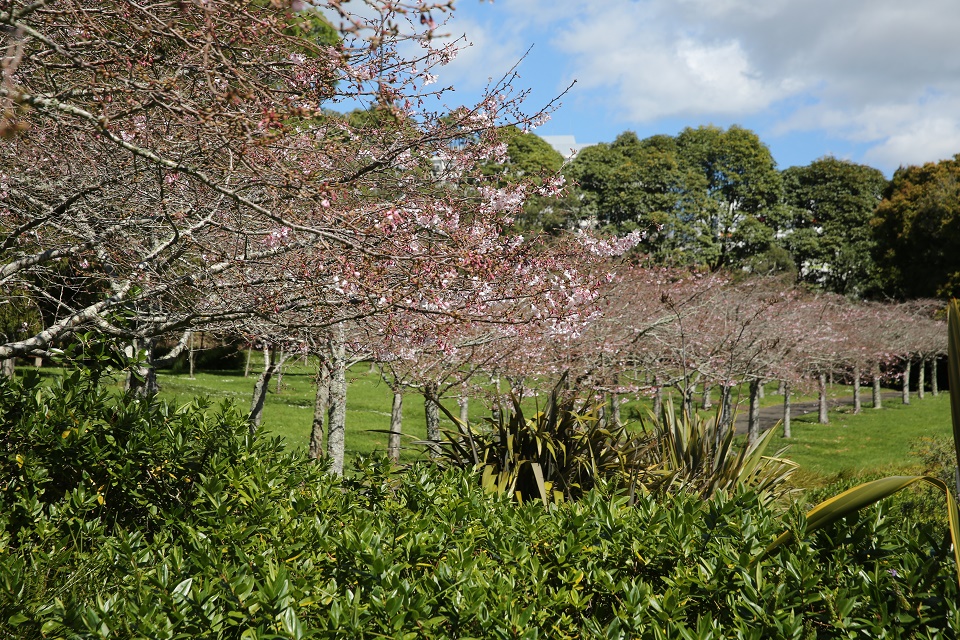 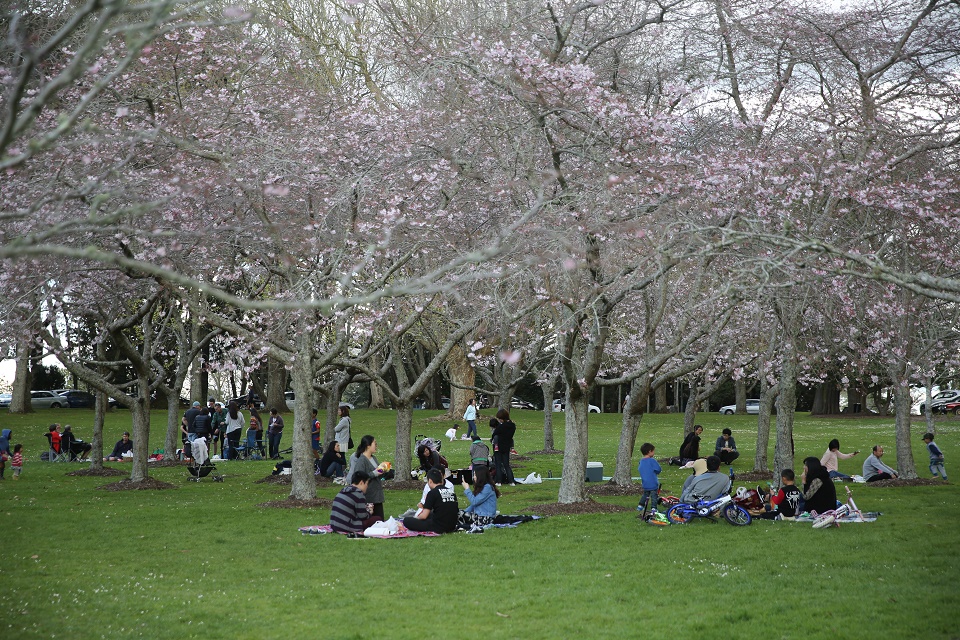 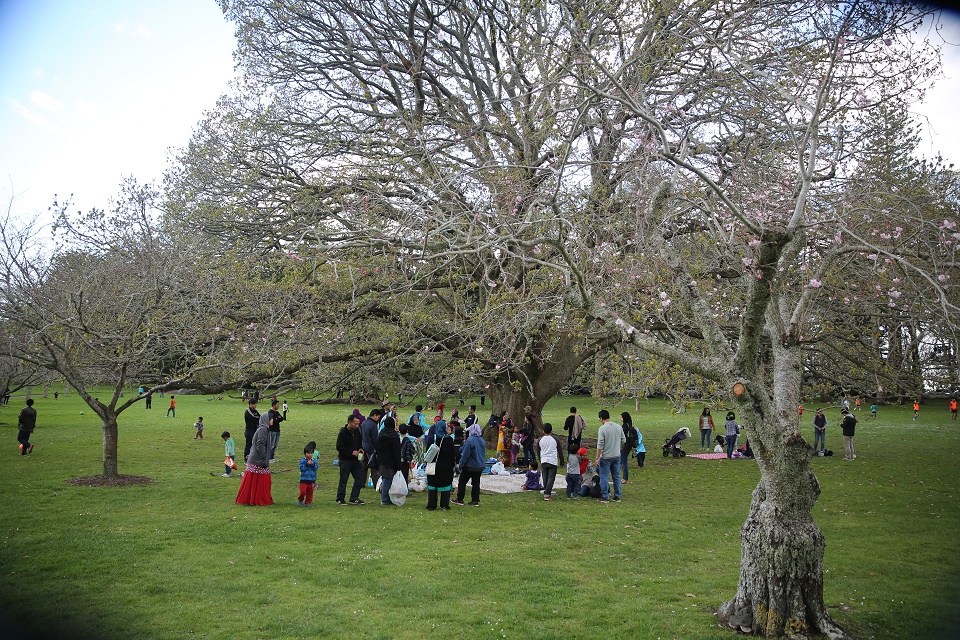 During this coast-to-coast hiking tour, one also passes through some of the numerous parks, as here, after the spring time just begins – comparable to the end of March – the trees fall out and the flowers start to blossom.

The cherries are still in full blossom, a thing that makes such park hiking tours to an experience. Many of the residents of the neighbouring districts meet in the parks to exchange ideas or, like some Kiwi’s, to follow the New Zealand form of football – the unique KiwiBubbleSoccer… 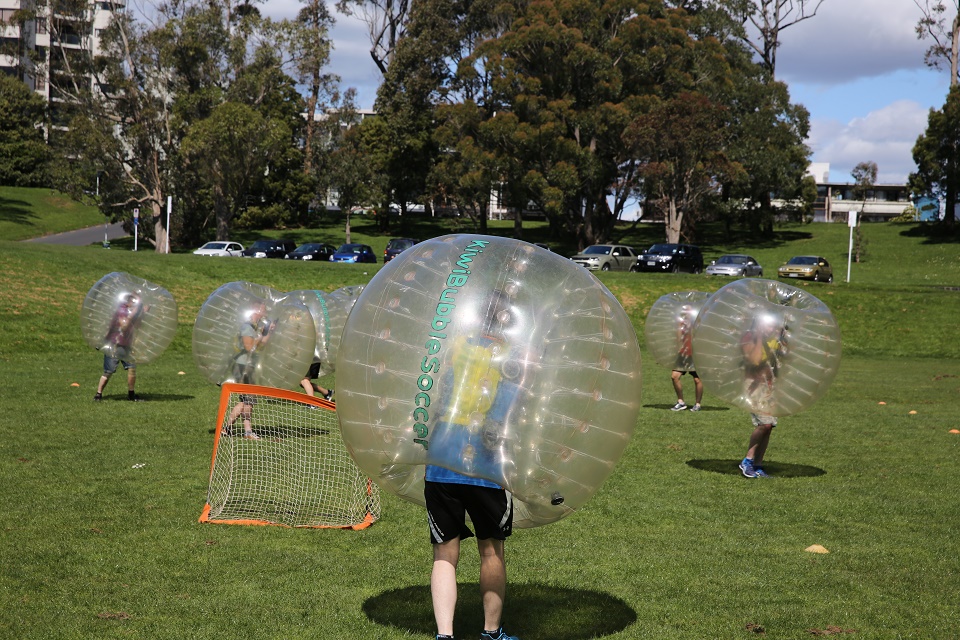 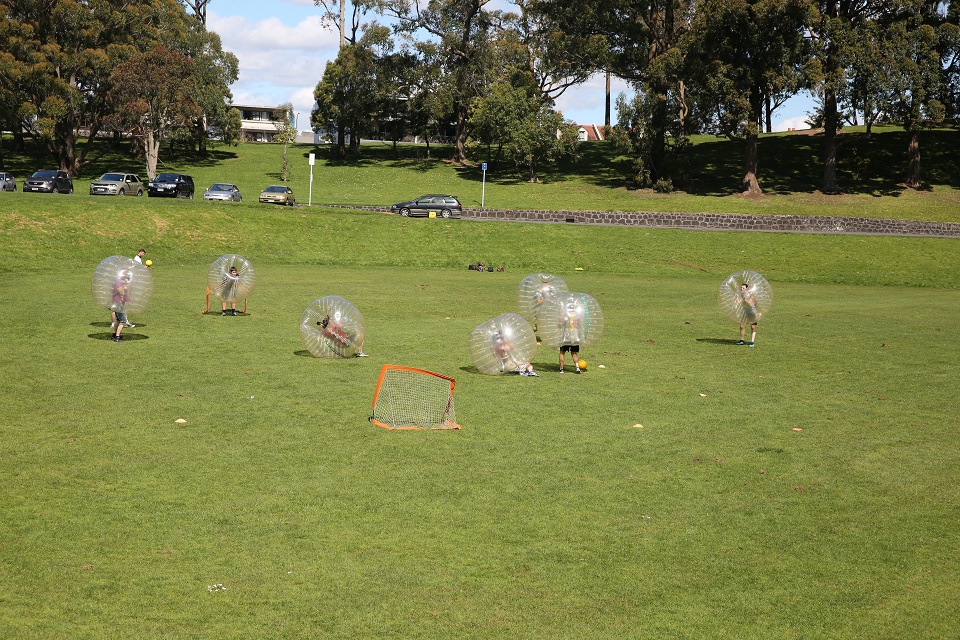 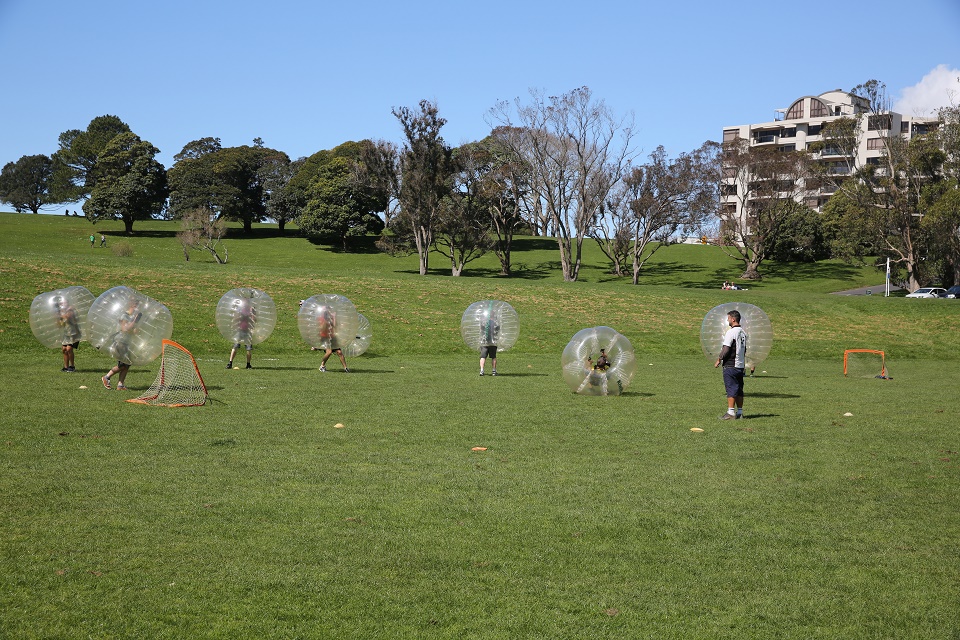 This is football with an airbag – for the viewer a wonderful, very amusing sport. Not many goals are scored, but it can happen that after a foul the foul rolls away several meters.

But now we are heading north – towards Cape Reigna on the trail.
-Henry

From Cape Reigna to Kerikeri