Finally we are moving towards mountain area. There are not just winding roads and high passes to expect, we will also need to change our clothes. In the heat of the plains we’d been faced with challenges like getting always enough to drink or finding a well working compromise between security and hot temperatures in clothing. In the hills and mountains of the Himalaya-range it will get colder, we are going to need warmer clothes and our preferred drink – chilled water – will change to hot Dudh Cay (milk tea). 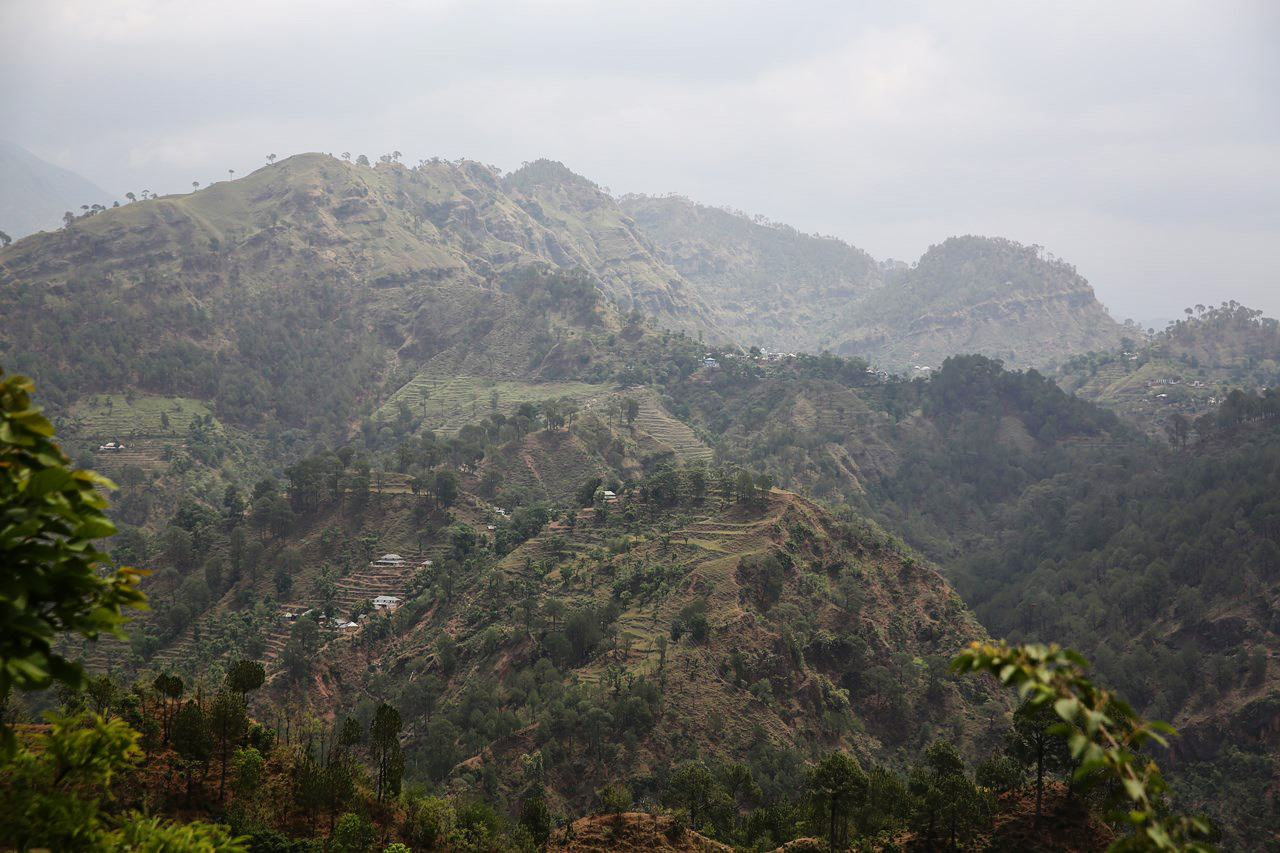 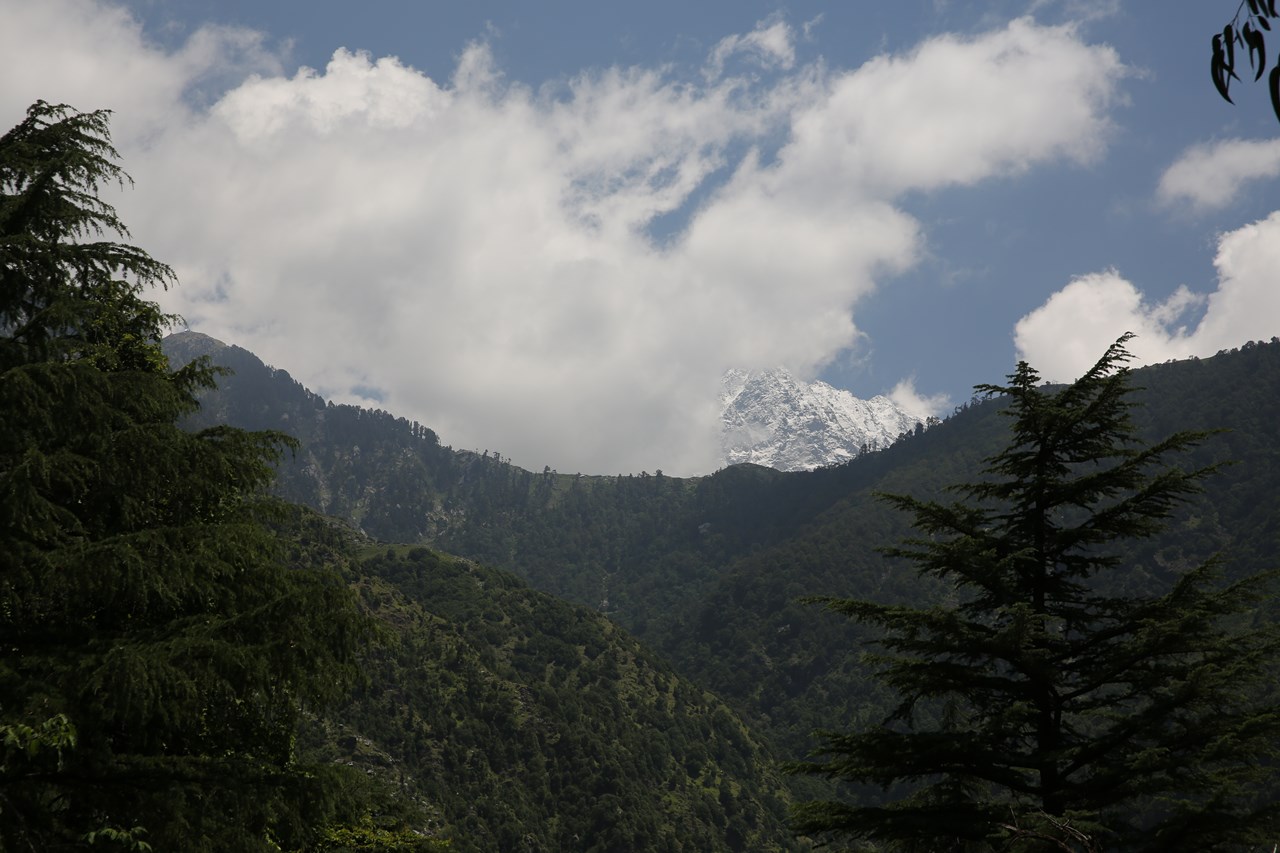 The state Himachal Pradesh is located in the foothills of the Himalayan range north of Delhi. The landscape is changing markedly, two third of the terrain is covered by forests, water seems not to be a scarce good. The higher valleys are still green at this time of the year. Our first station should be the small – but legendary – village of McLeoud Ganj – the seat of the Tibetan exile government and the current home of Buddhist leader Dalai Lama. After annexation of Tibet by China, the most of political and religious leaders were able to escape to India by crossing the mountains towards south. Dalai Lama and his following entered in the mountain area of Himachal Pradesh in the west of India. Others of them fled further east to Sikkim, a former independent Kingdom located between China and India. Since about 30 years, Sikkim is integrated as State in India.

Because of this younger history, McLeoud Ganj is strongly influenced bei Buddhist culture. Dalai Lama – as international accepted peacemaker and one of the global pop stars of religious leaders – is attracting constantly thousands of – mostly young – tourists to this village. Proverbial Buddhist placidness is impossible to find at this place. Riding or driving an own vehicle in the narrow and crooked streets of this town is a nerve-wrecking and futile undertaking, the only chance to move forward in a reasonable way is by walking – by the way, it is also the best option for exploring the neighboring mountains. 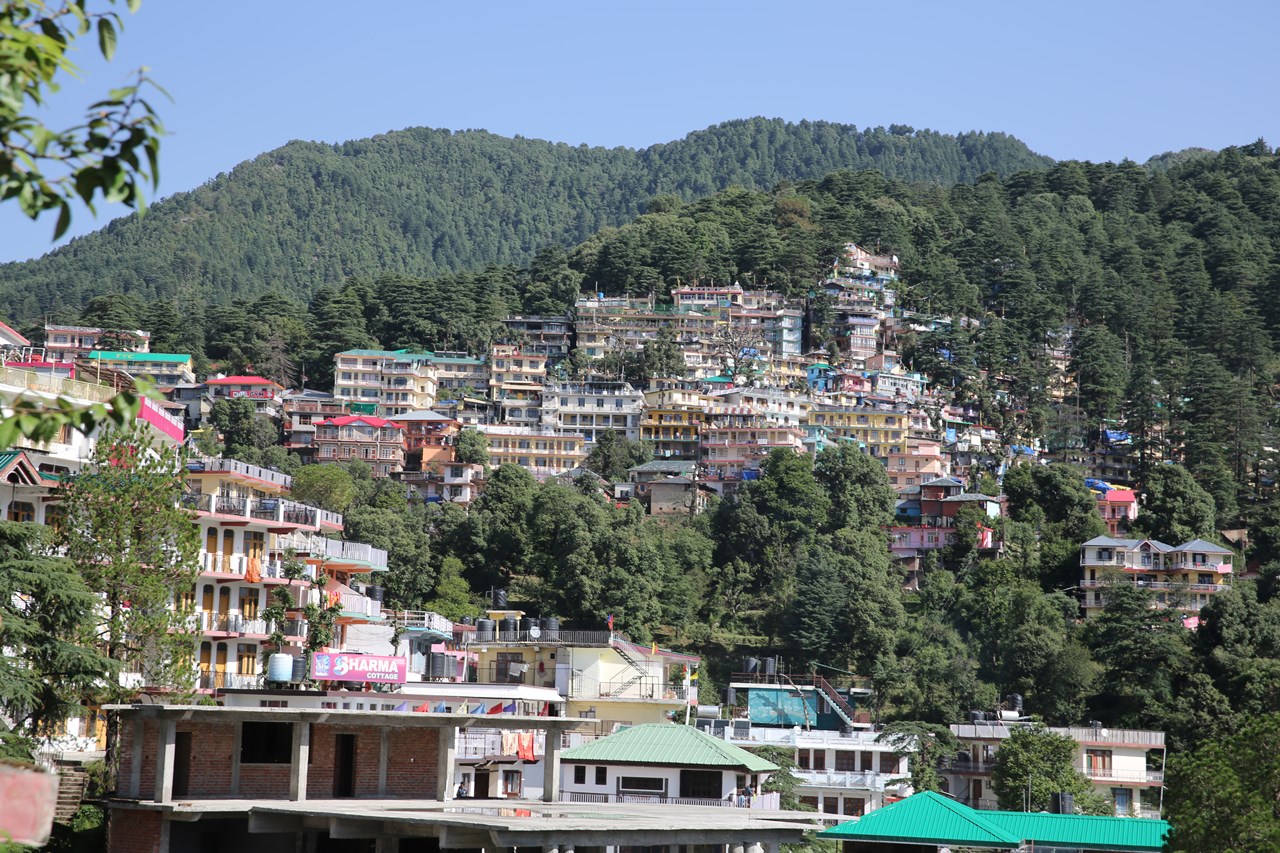 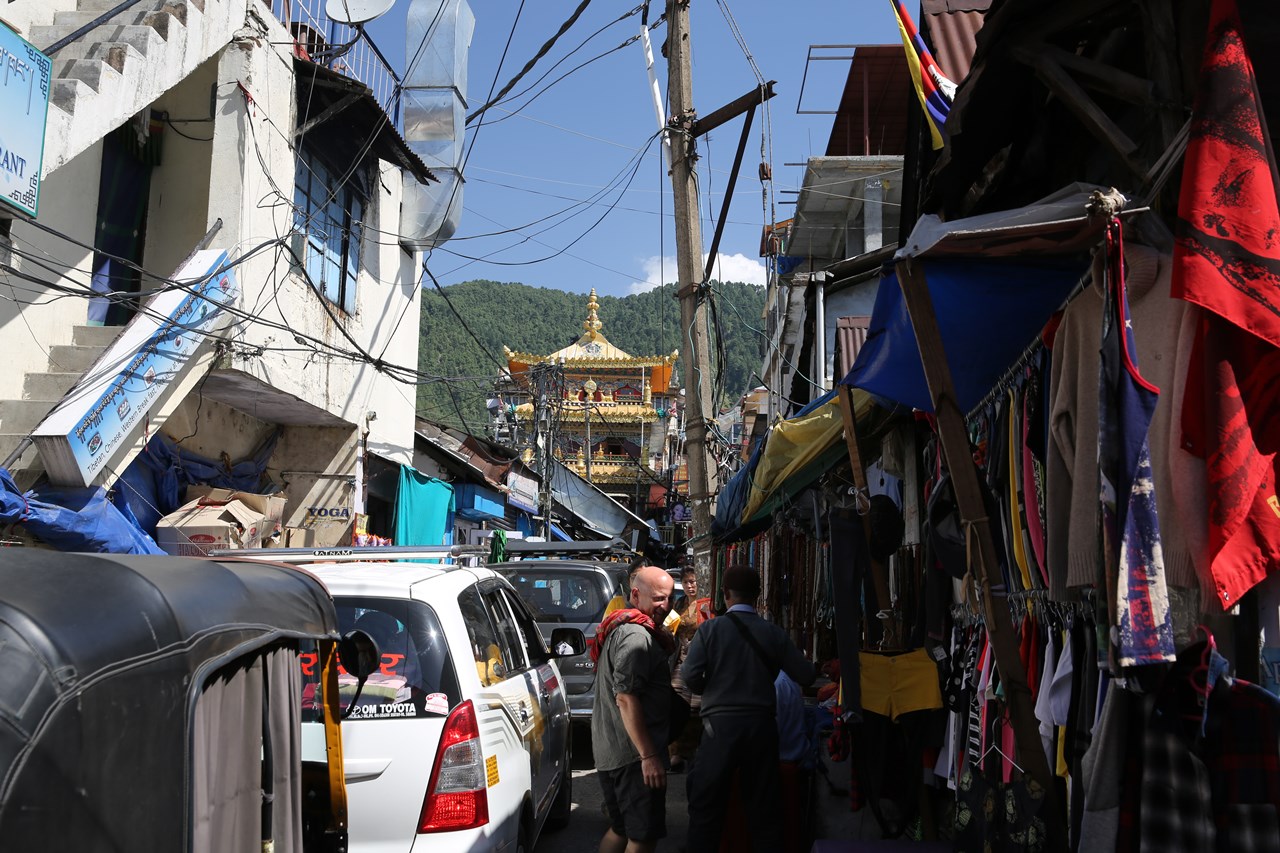 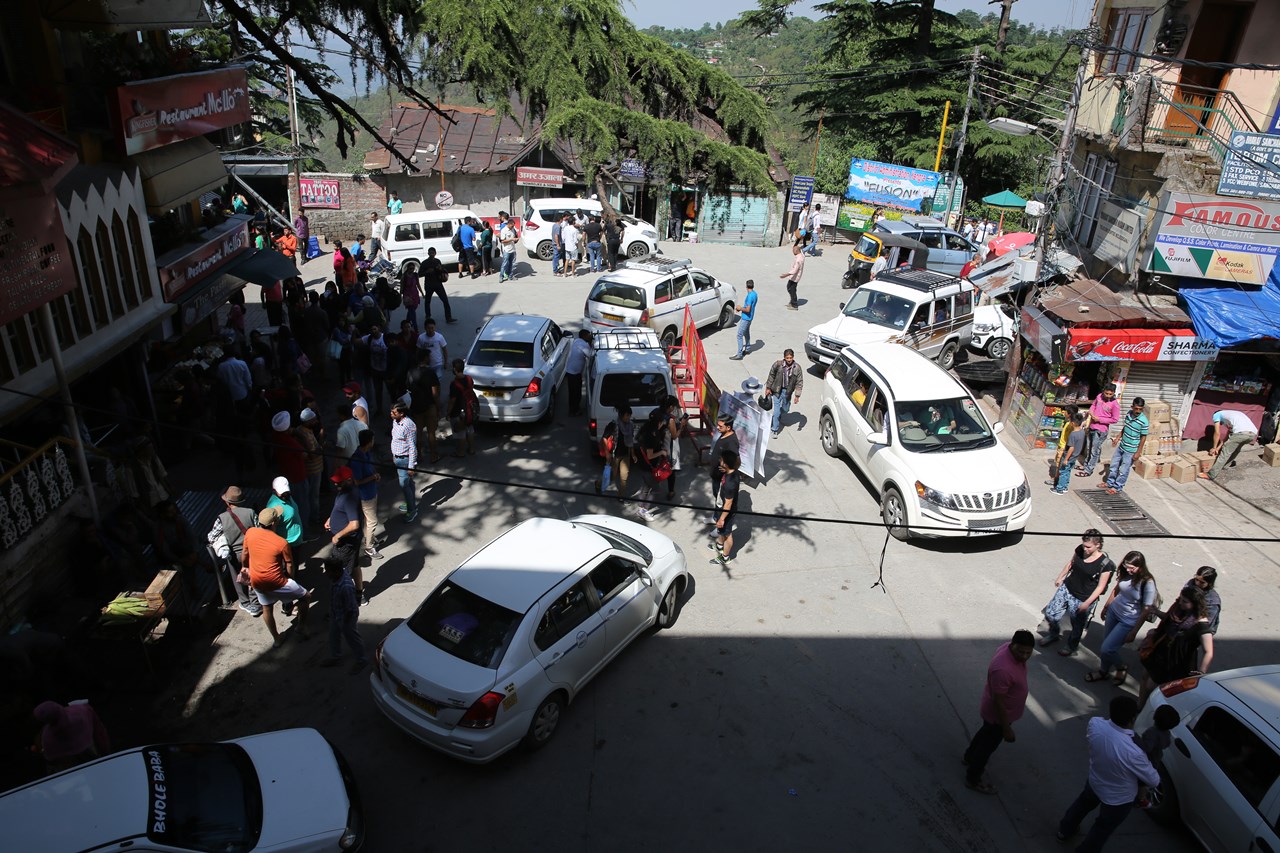 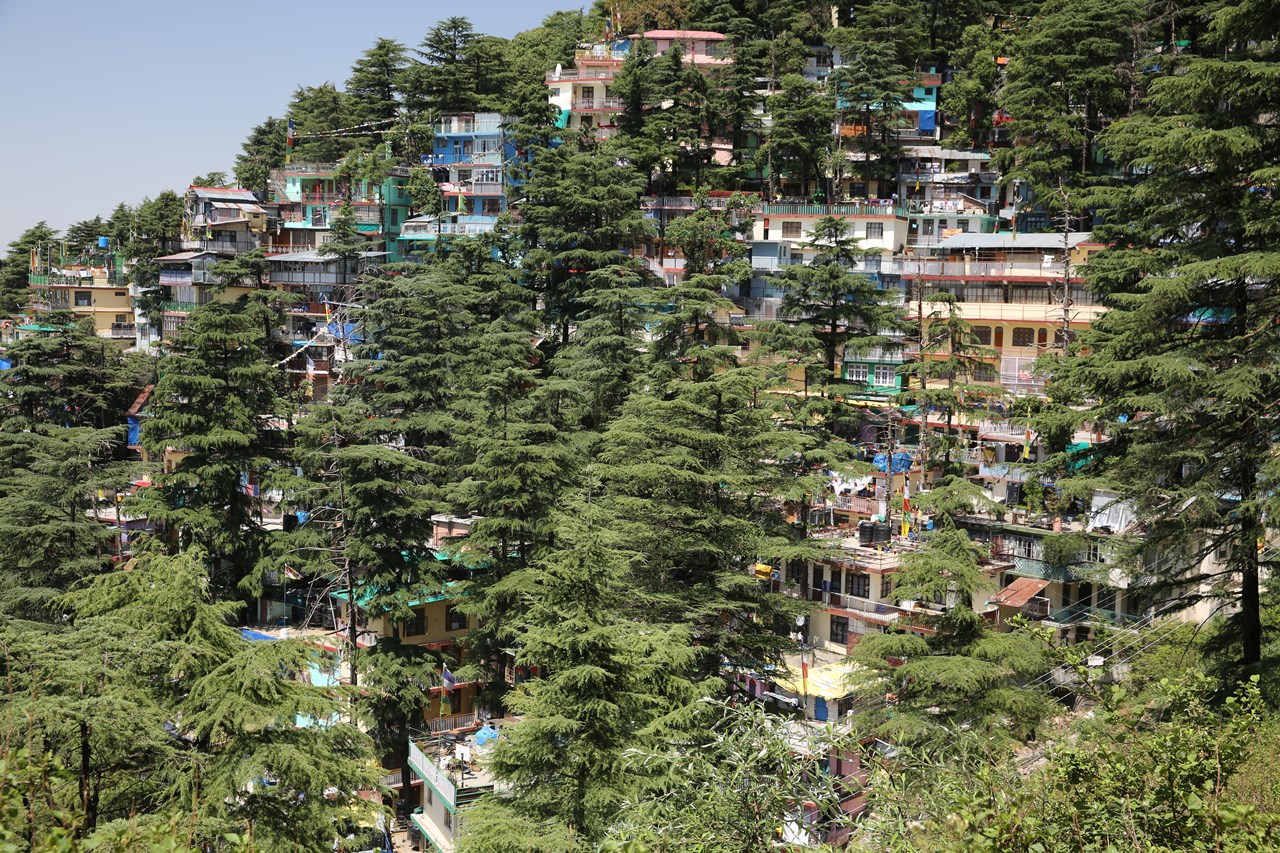 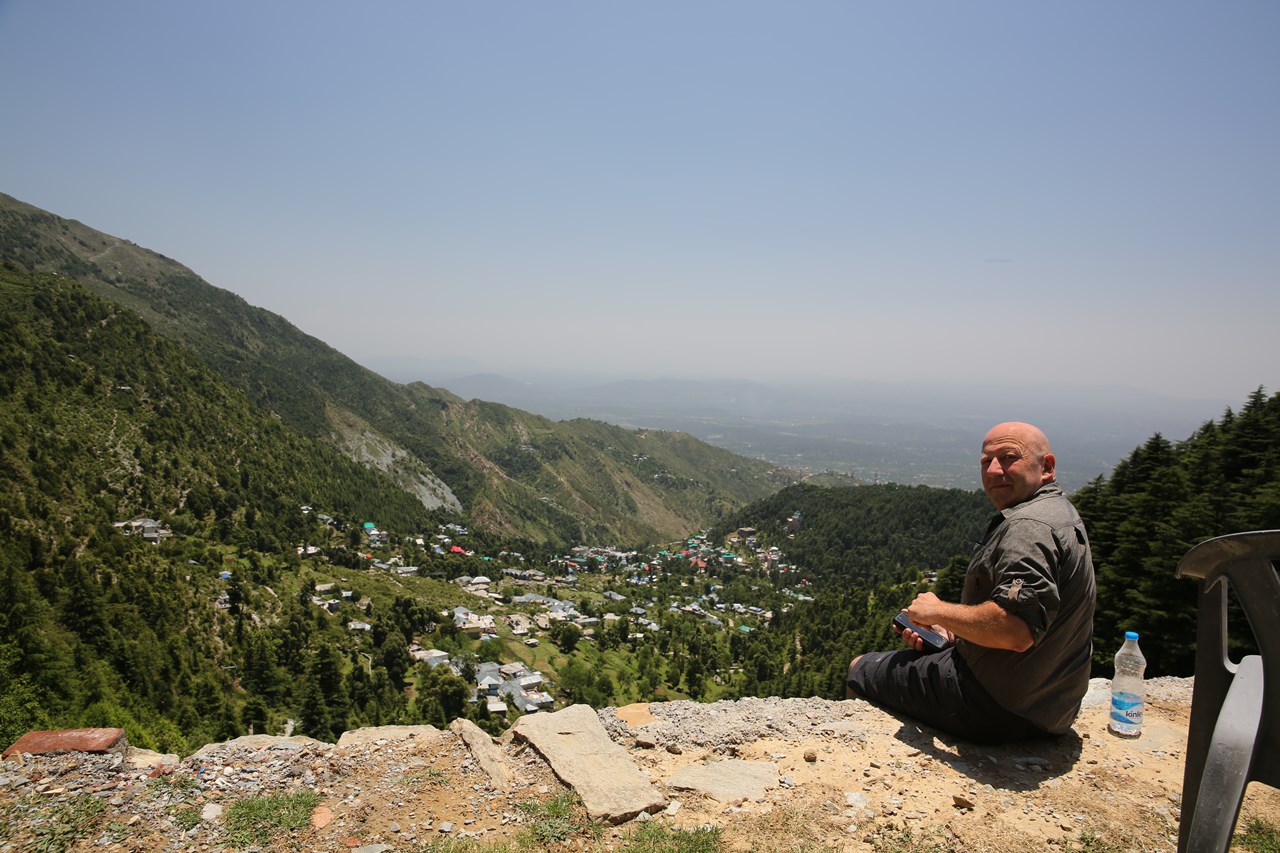 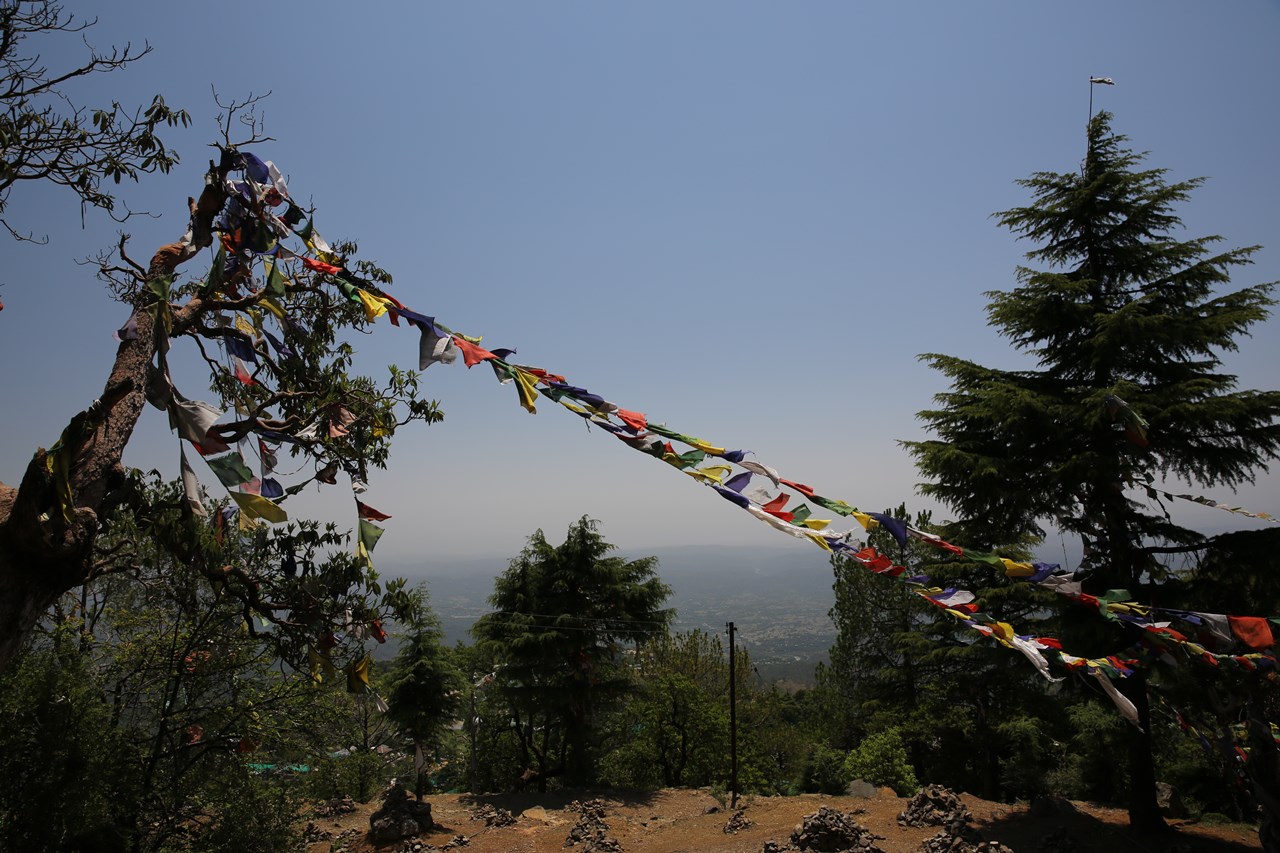 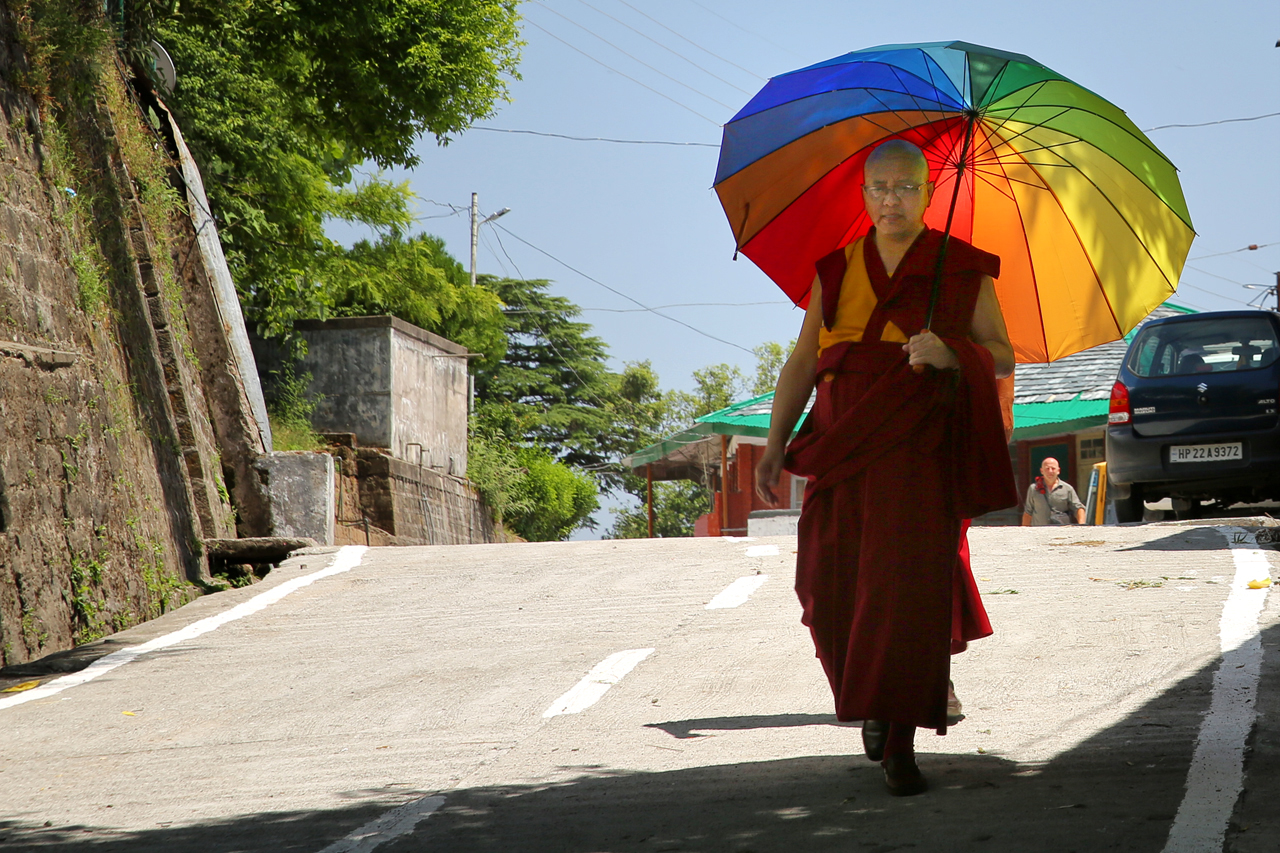 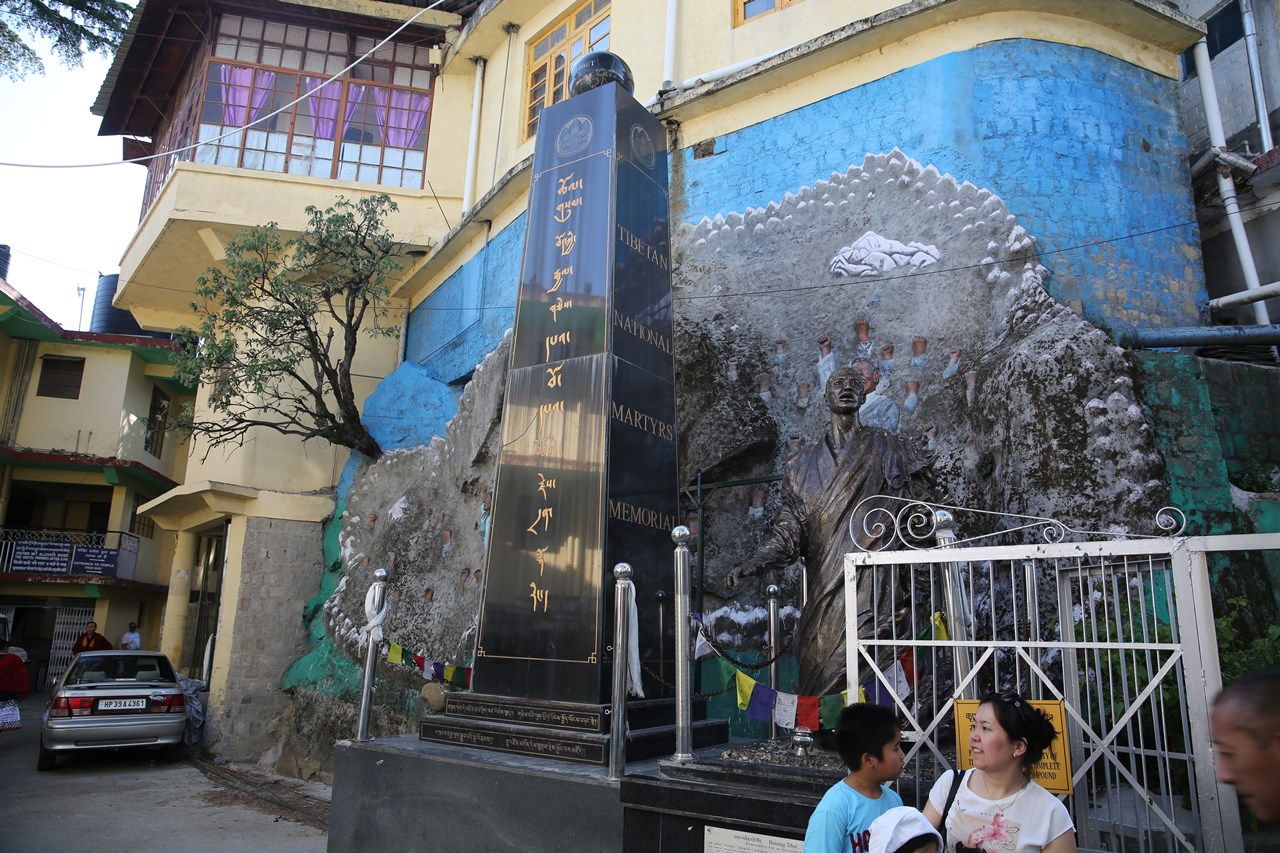 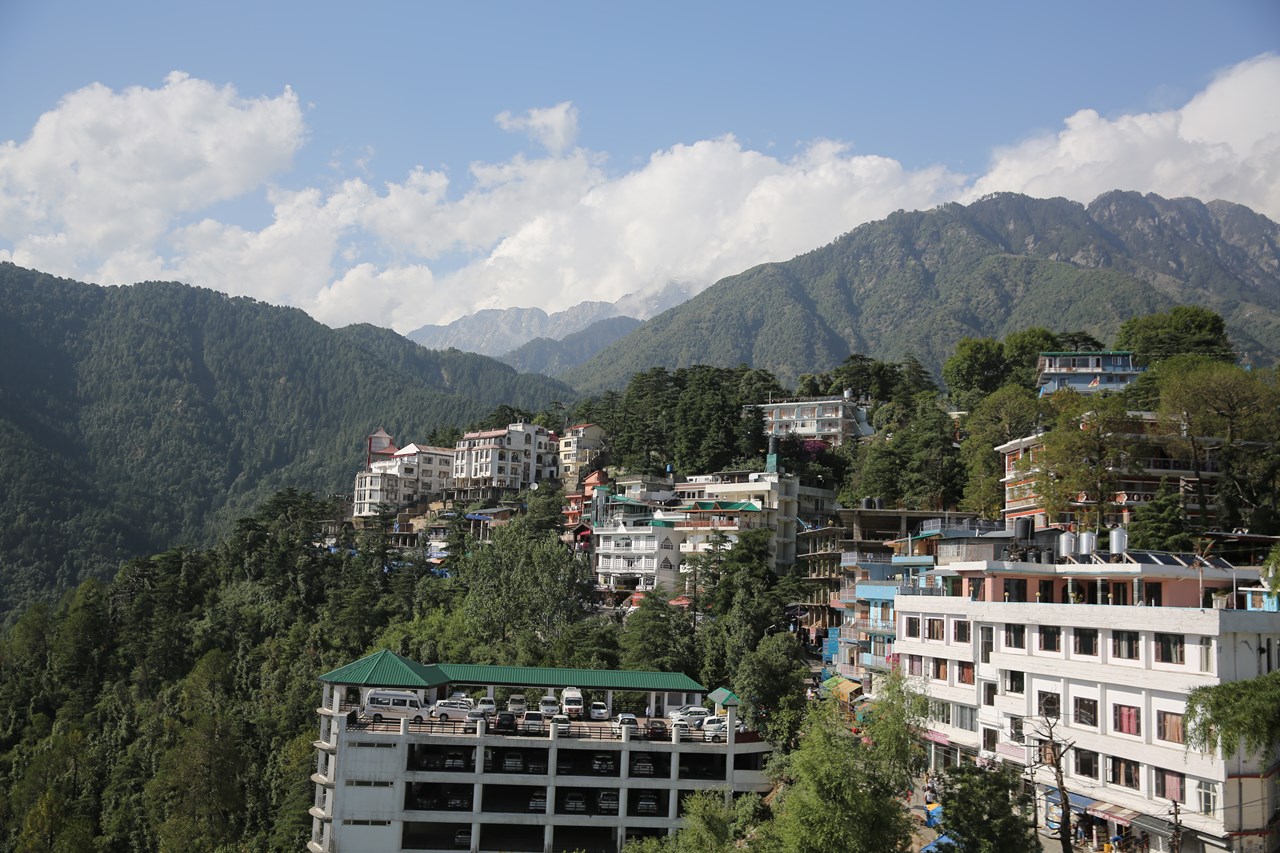 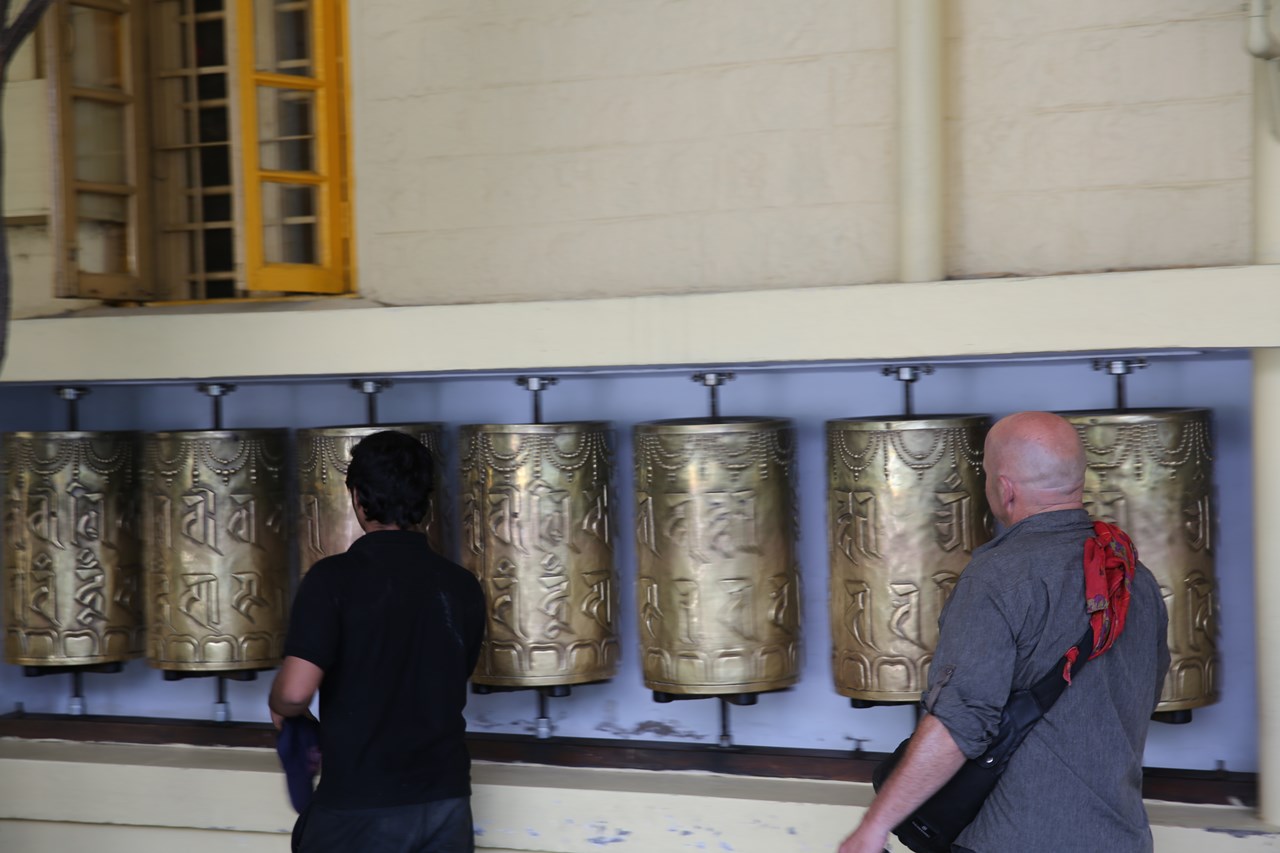 The way has led us from McLeoud Ganj to the more western town of Chamba – from there we went up the mountains into densely wooded Valleys to Bharmour. The roads at this altitude are still decent to ride and the traffic is not so intensive – a real dream for bikers. 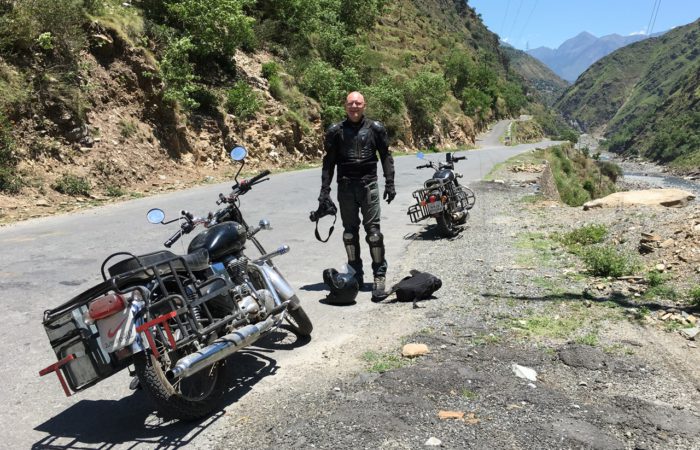 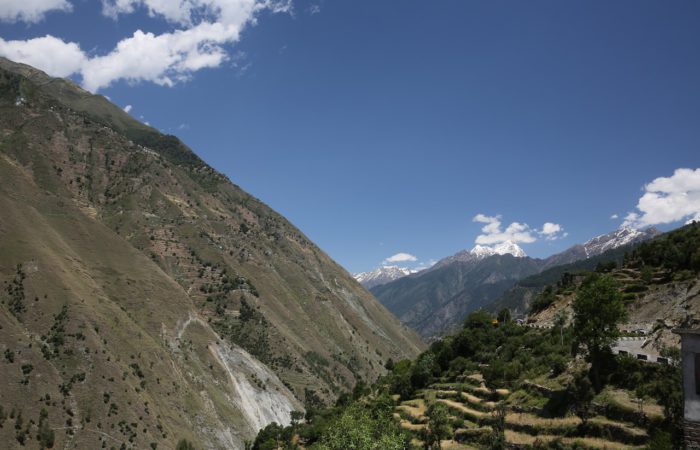 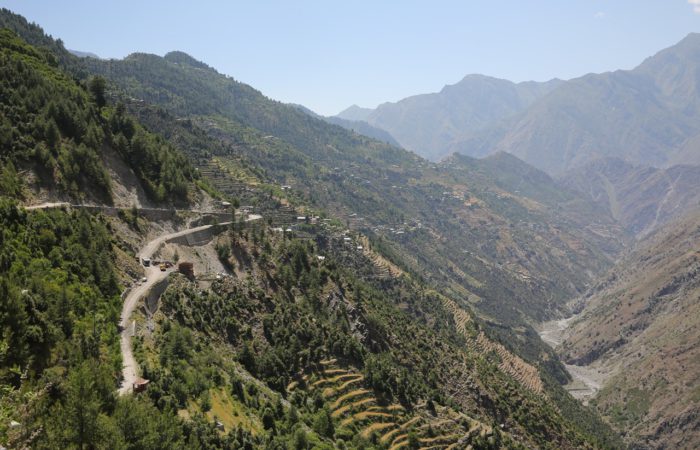 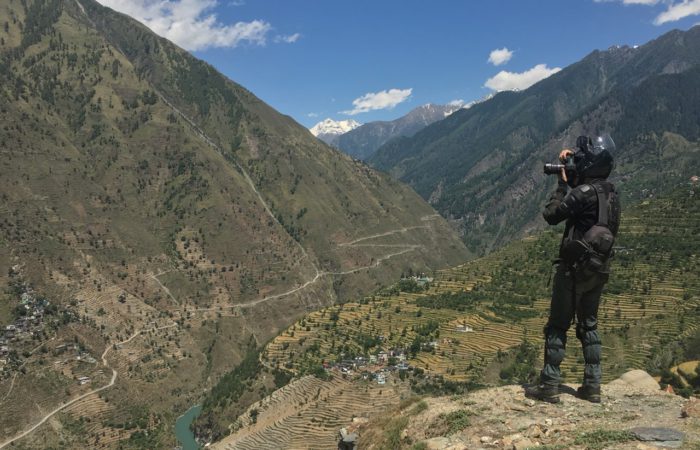 While accessing Bharmur my cellphone got lost out of its mount. After noticing my loss, we started immediately searching for it. Obviously it was found by somebody because it was gone. A small group of men was standing beside the road and I’ve asked them, if they maybe found my cellphone. One of them agreed to support my search by asking for it halfway across town. He was investigating a man who found it – so I got it back again. 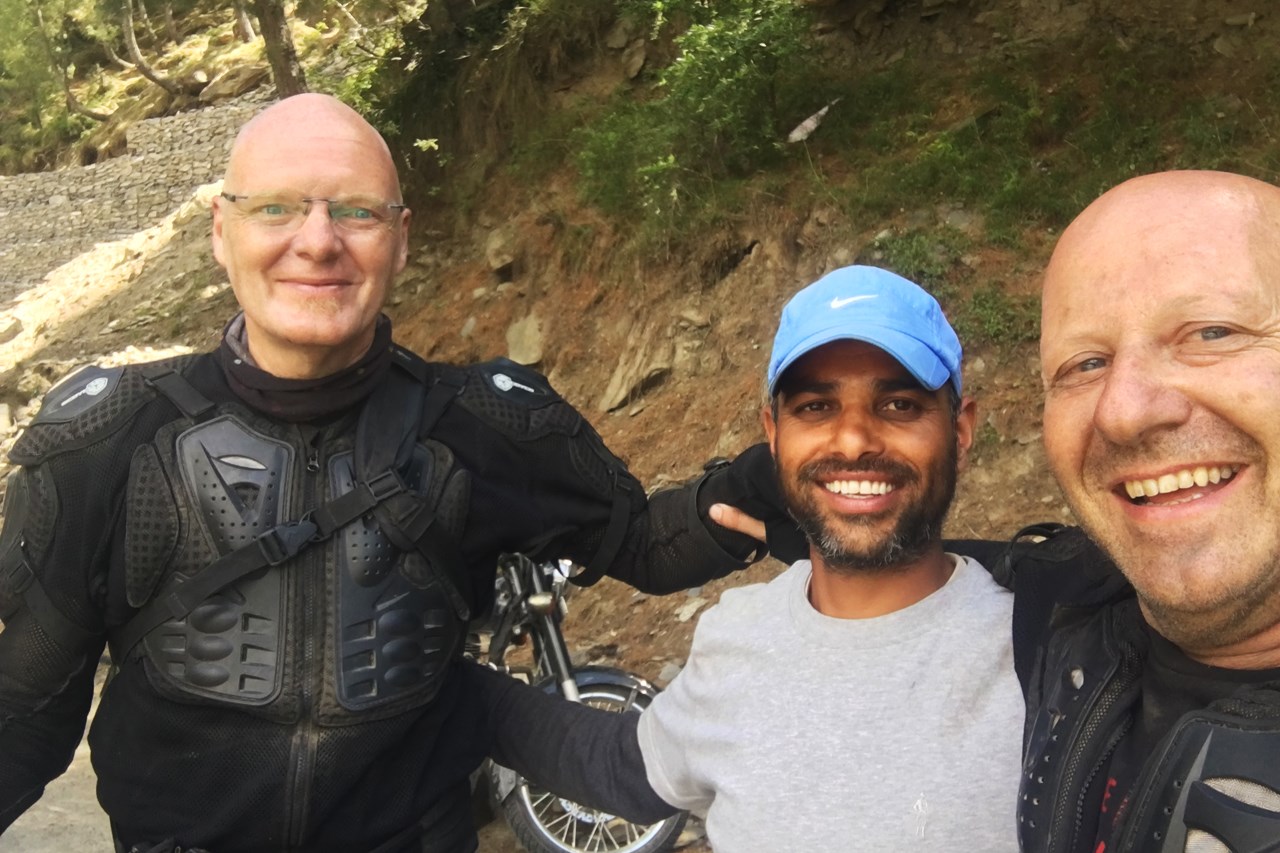 The Hindu-Temple of Bharmour is a pilgrimage site for people all over the country. This place is – because of its exposed location – far more calm than any other holy Hindu-site I’ve seen before. 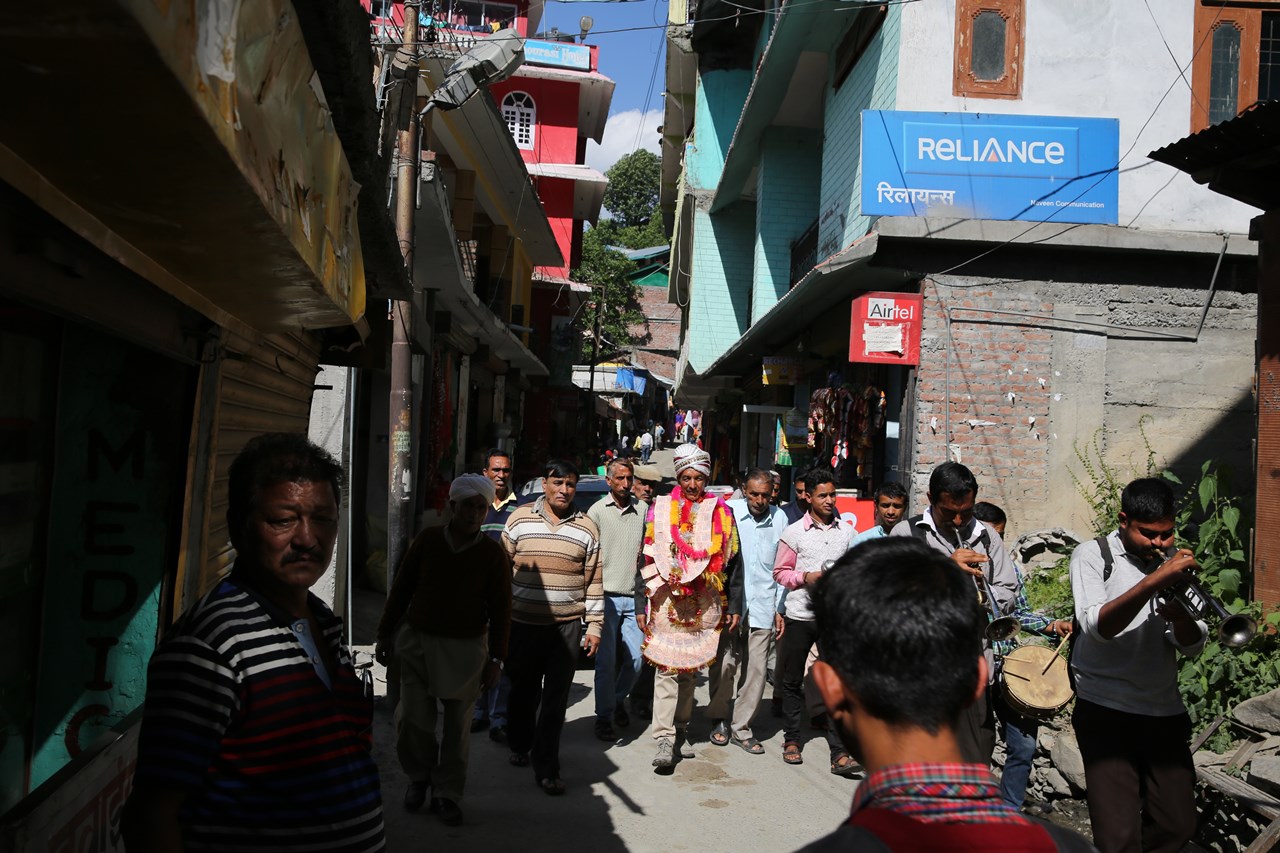 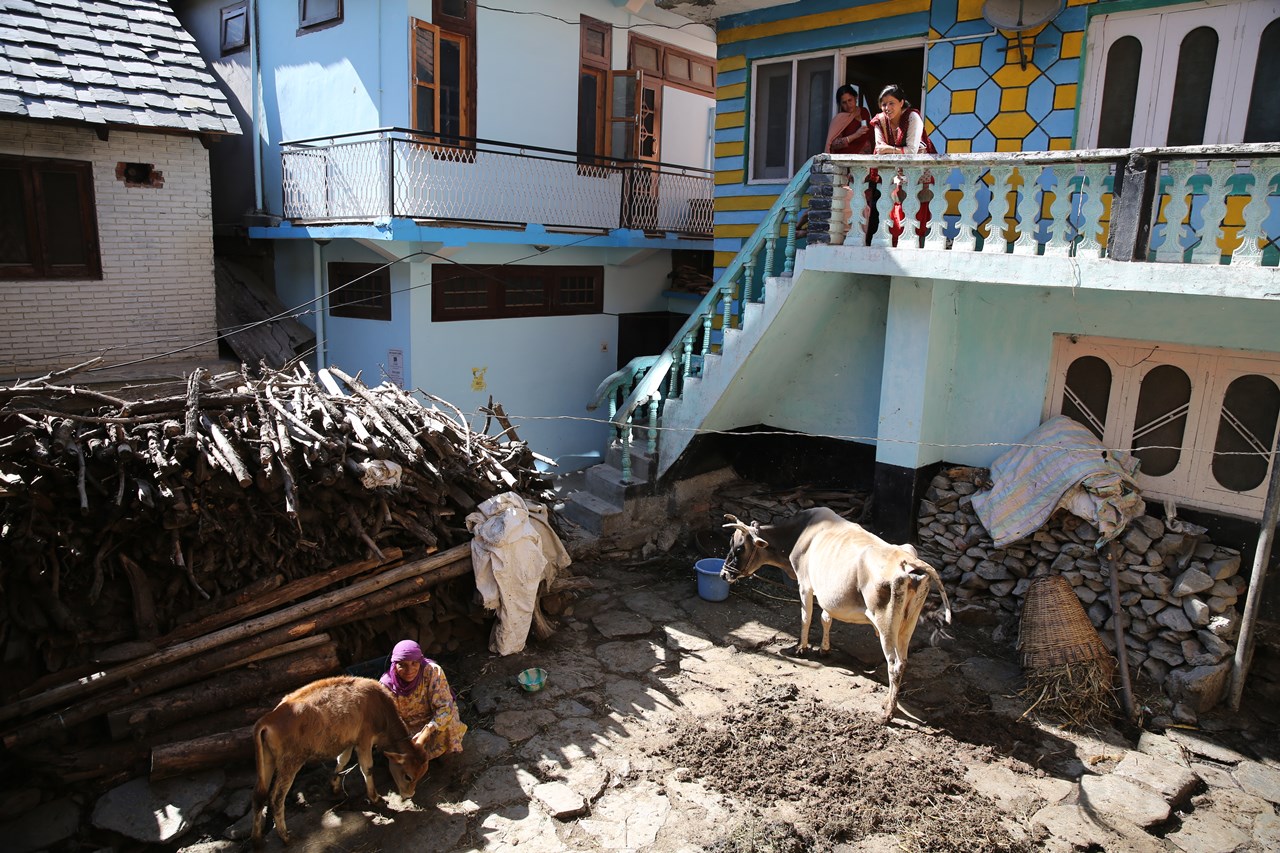 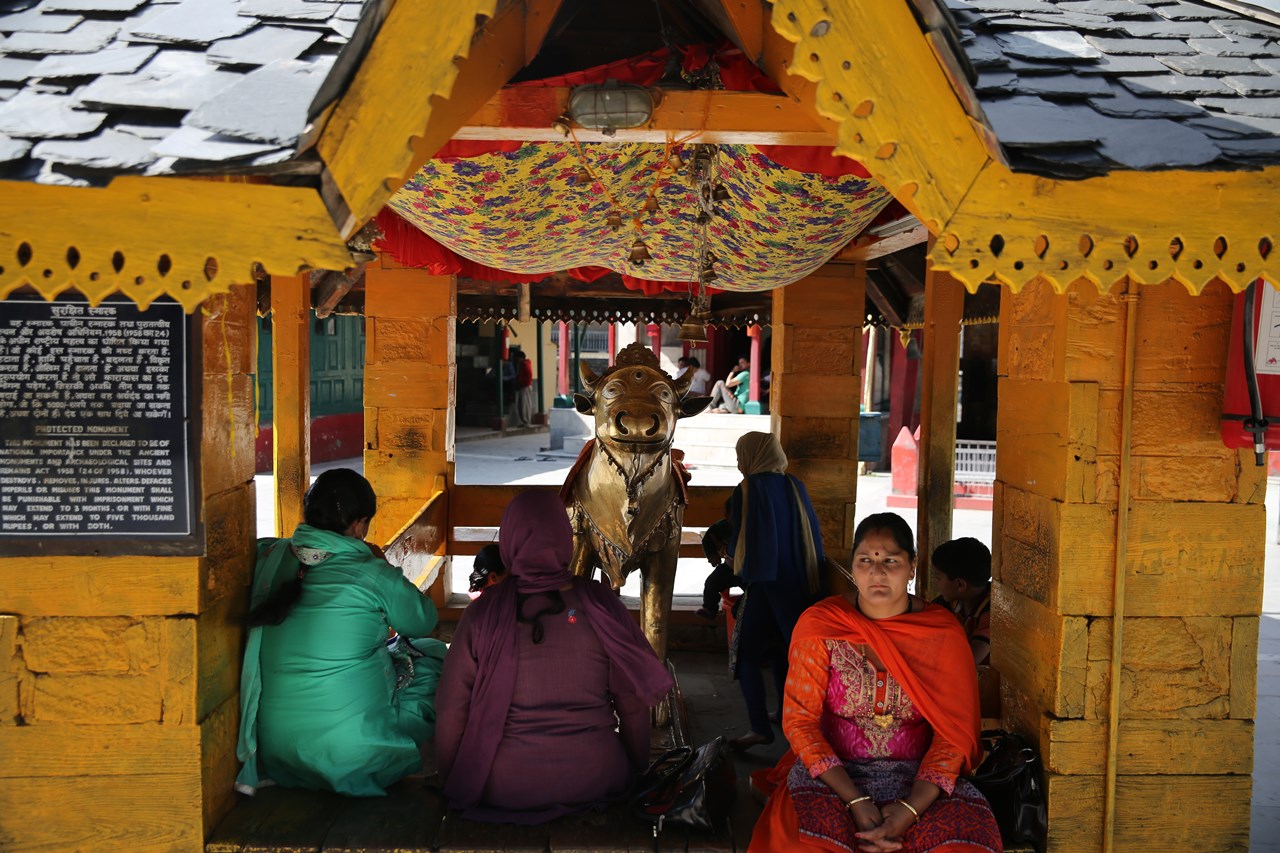 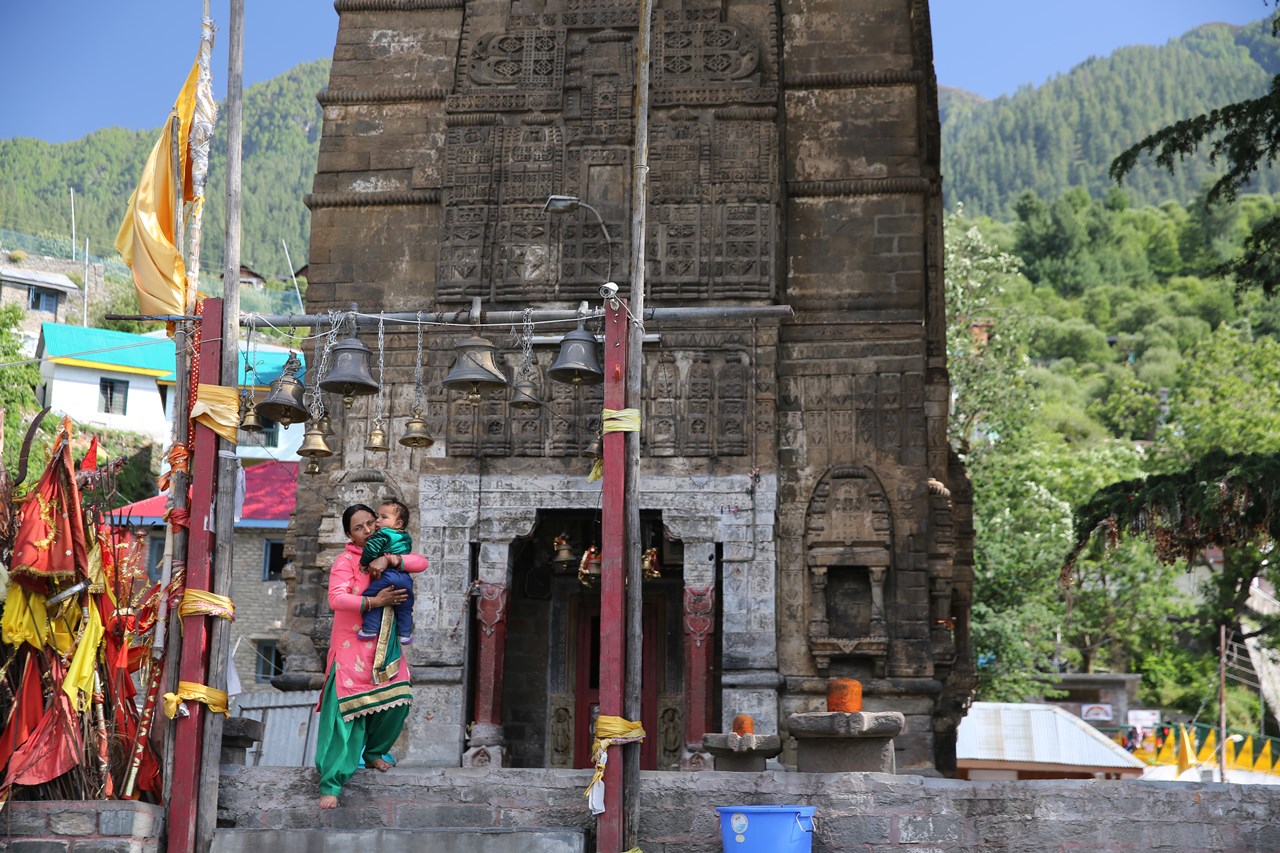 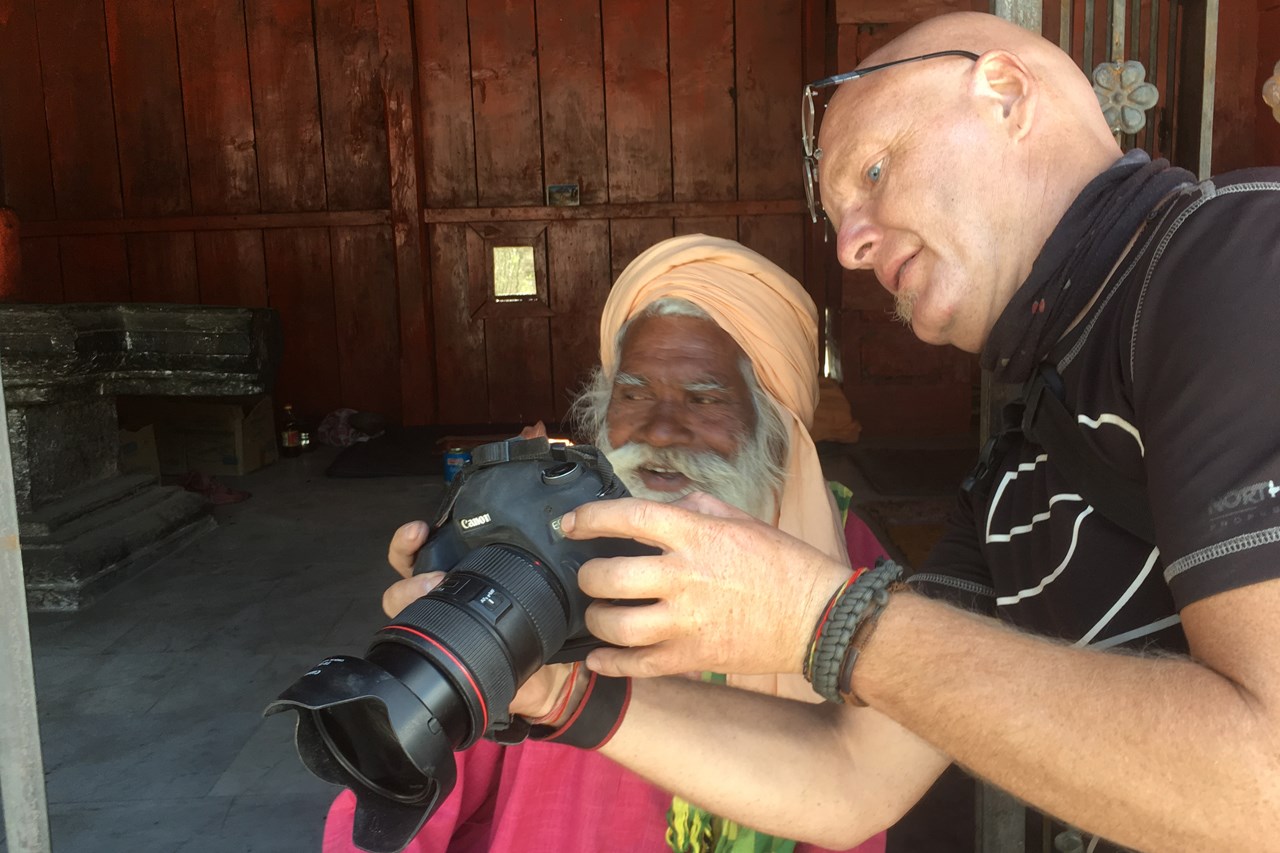 I’ve been deeply impressed by this couple of old men, sitting on a stone-made platform at the entry of an Hindu-Temple and smoking hashish. They’ve been enjoying and handing over their chillum – a traditional hashish pipe – before noon full of serenity. 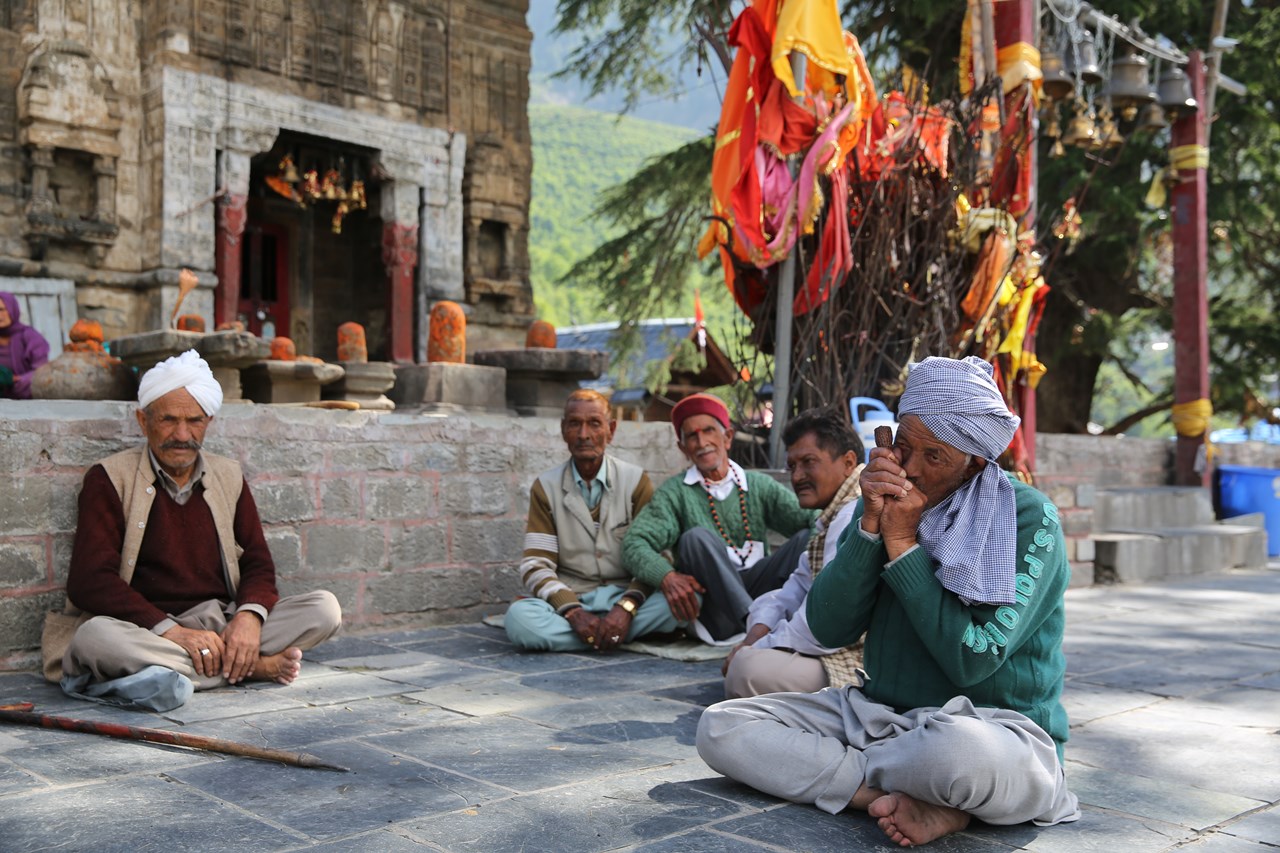 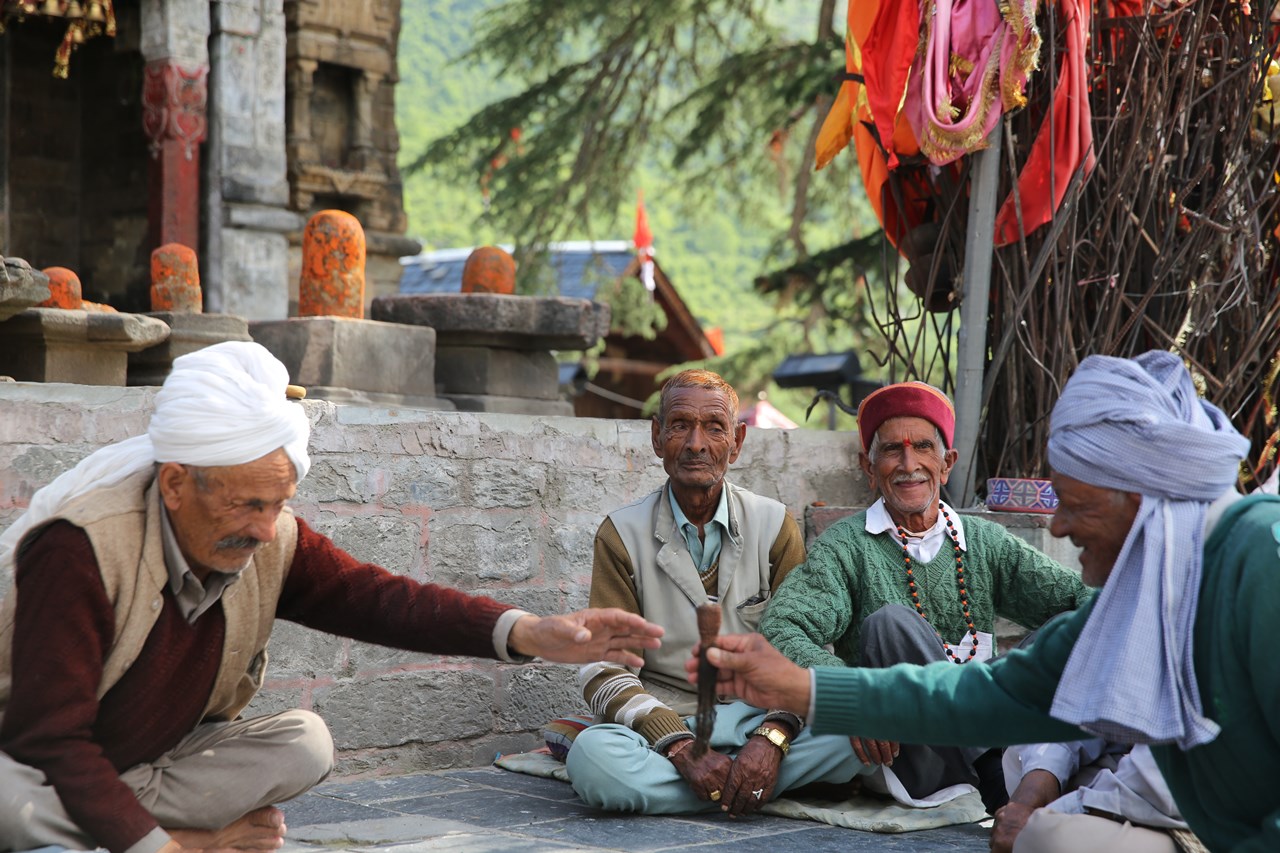 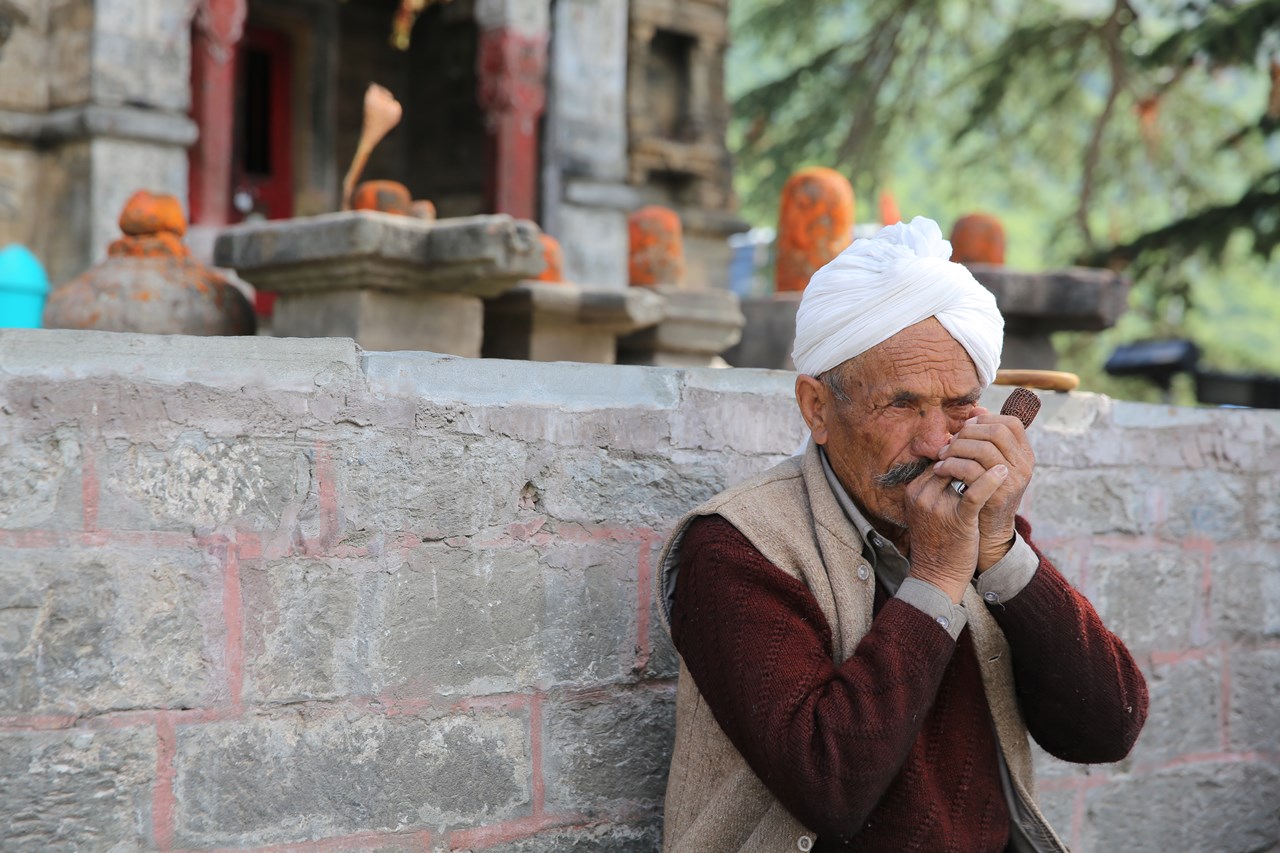 Now we are heading to Jammu-Kashmir, from where we are riding into high mountain areas to Ladakh – on the rooftop of the world. 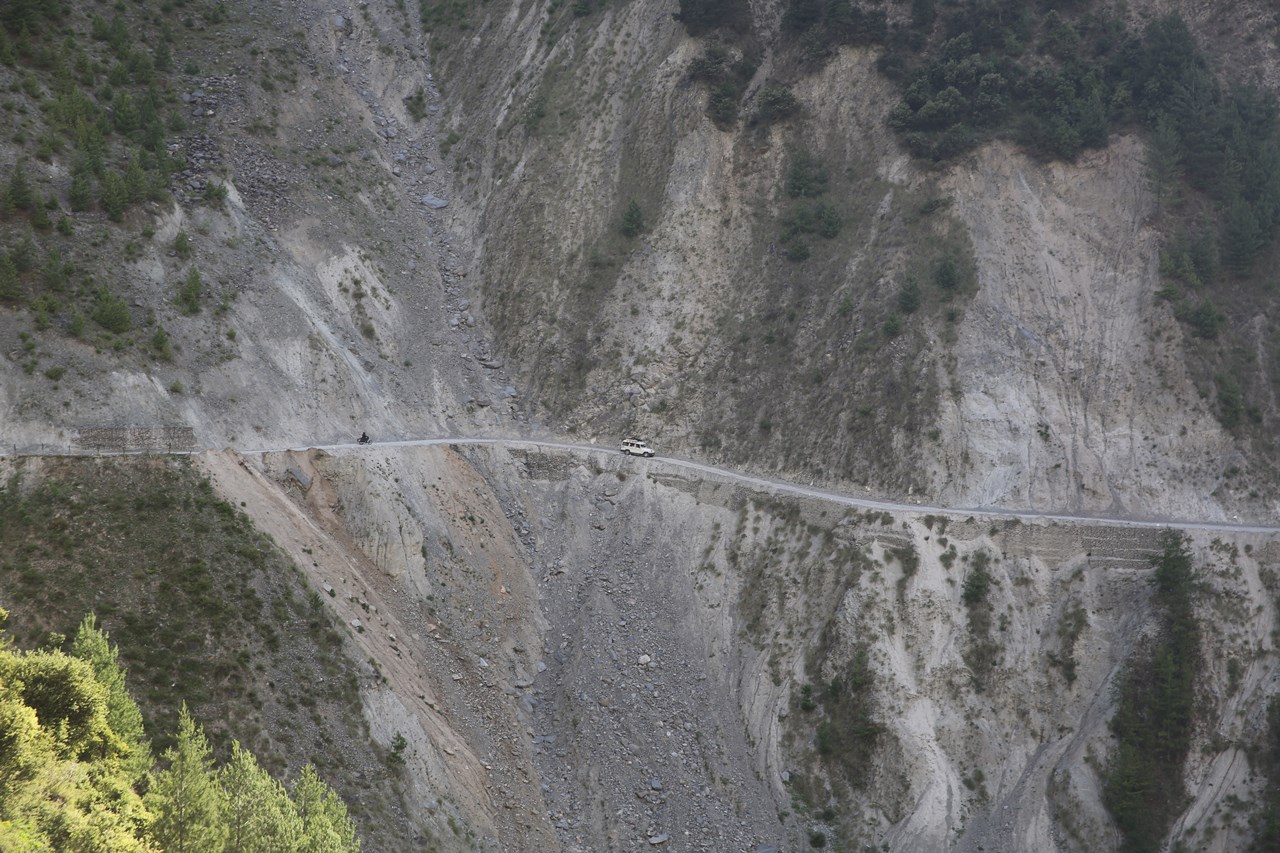 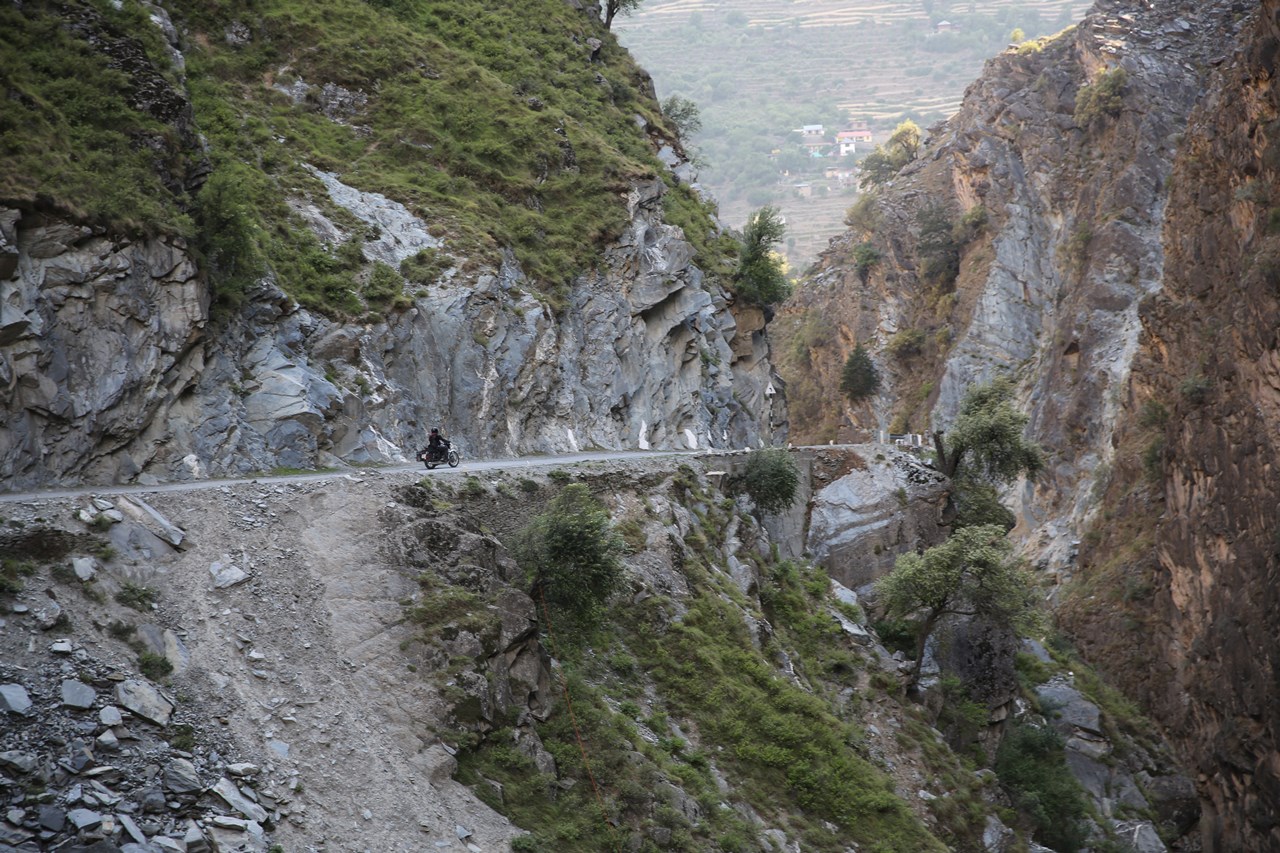 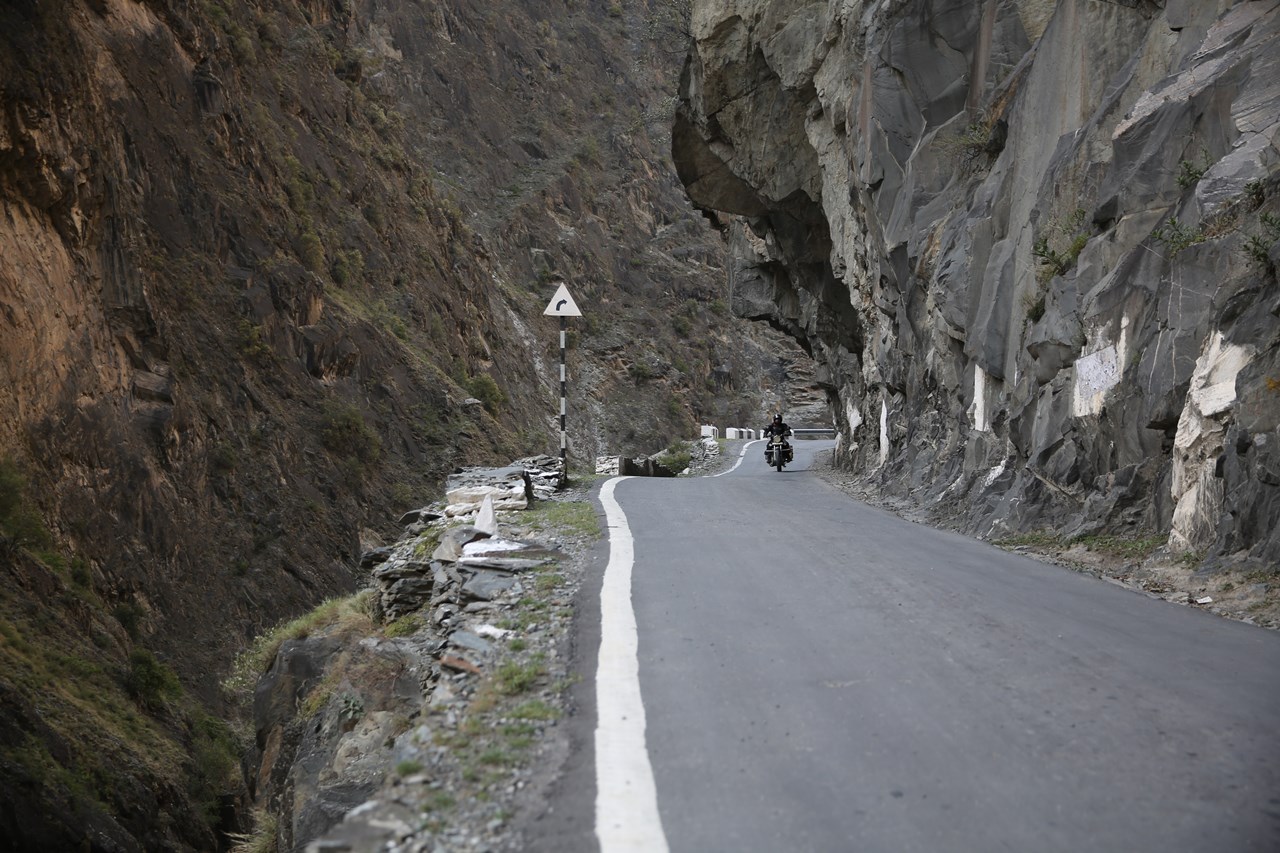 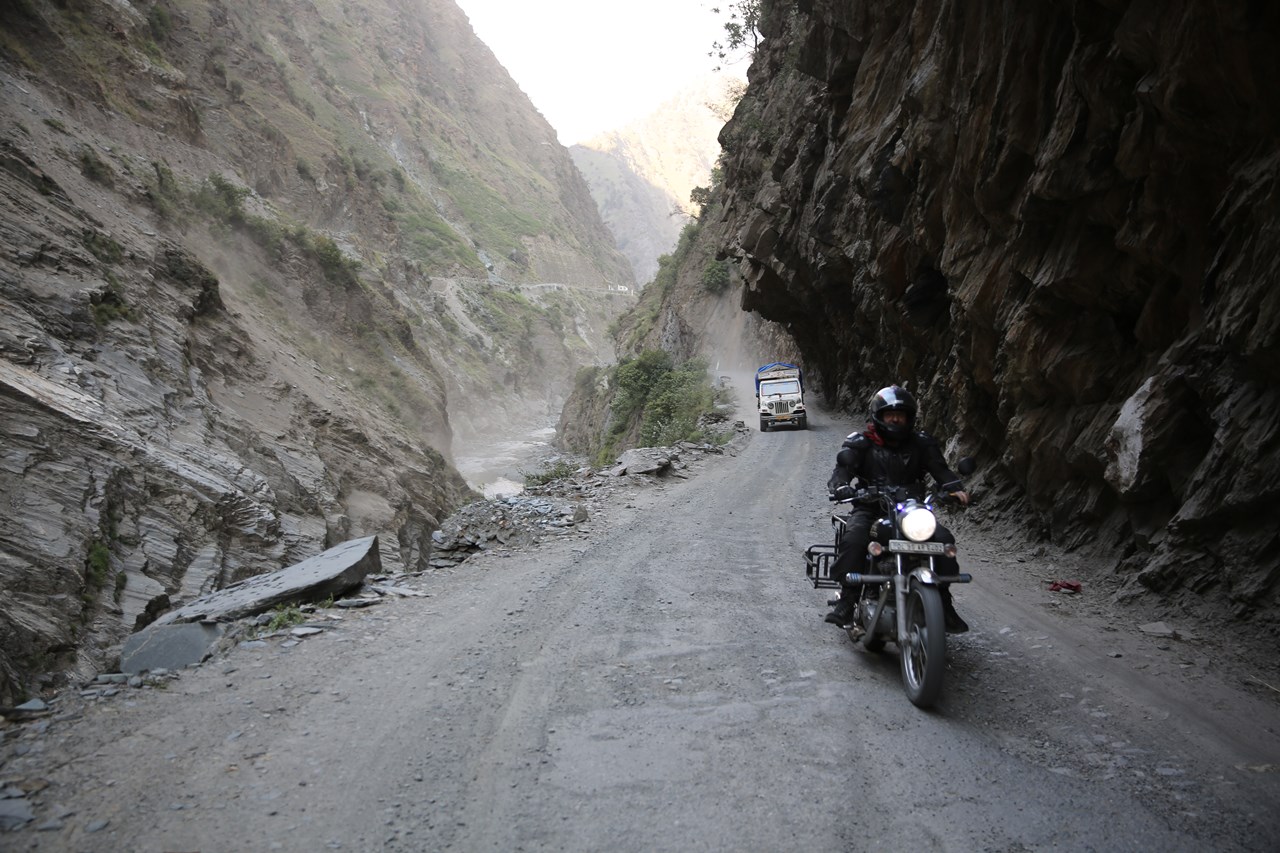