The cave temples of Ellora are like Ajanta since 1983 on the world heritage list. Approximately at the same time as the Buddhists of Ajanta were displaced, people started to carve this caves. As in Ajanta, this temples were set in basaltic stone over a period of 700 years. While Ajanta is of pure Buddhist origin, the 34 cave temples of Ellora are assigned to 3 different religions – Buddhism, Hinduism and Jainism. All of this 3 religions arose from the same source: Brahmanism. Nowadays the vast majority of Indians are Hindus, just a small minority of about 4,4 mio believer can be added to Jainism. For an clueless and outside European like me it is normally not possible,  to distinguish between Hindu- and Jain temples. 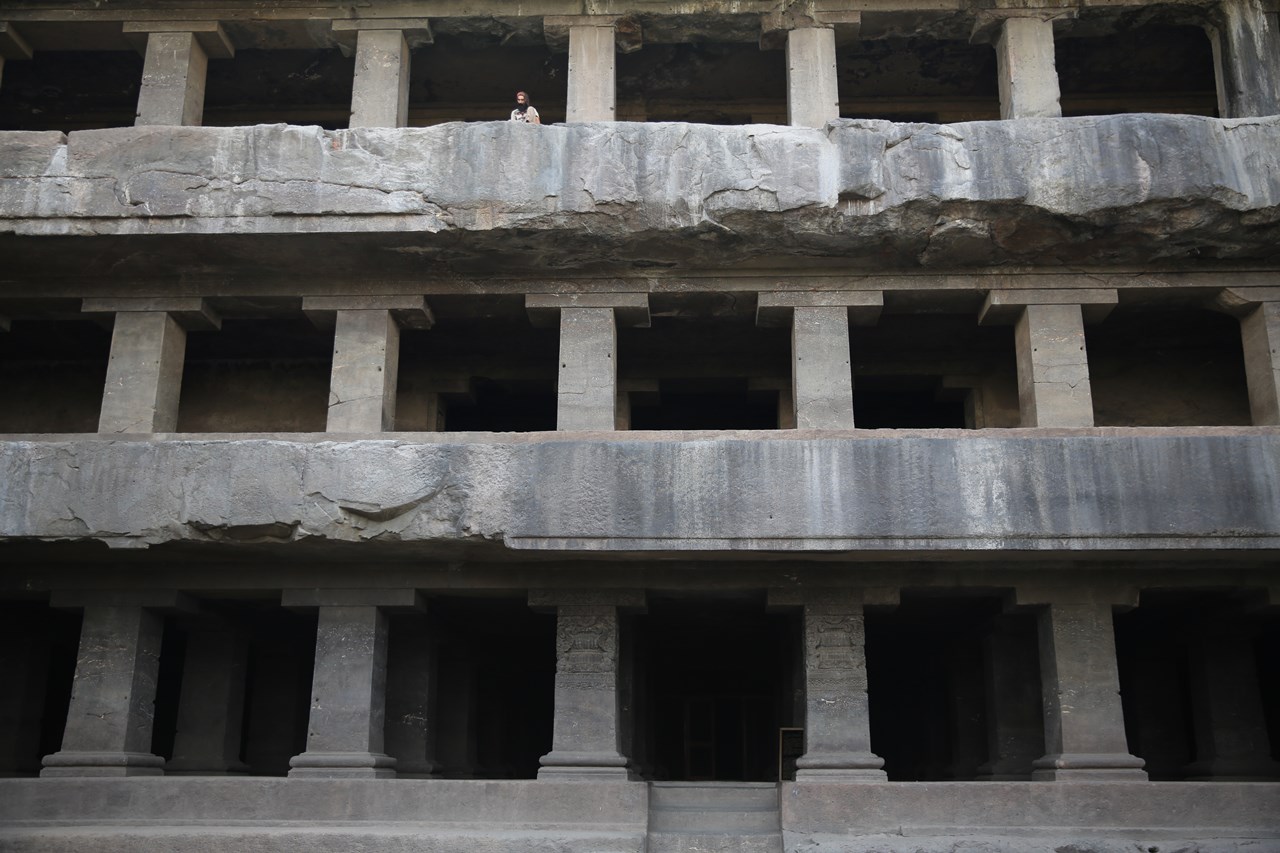 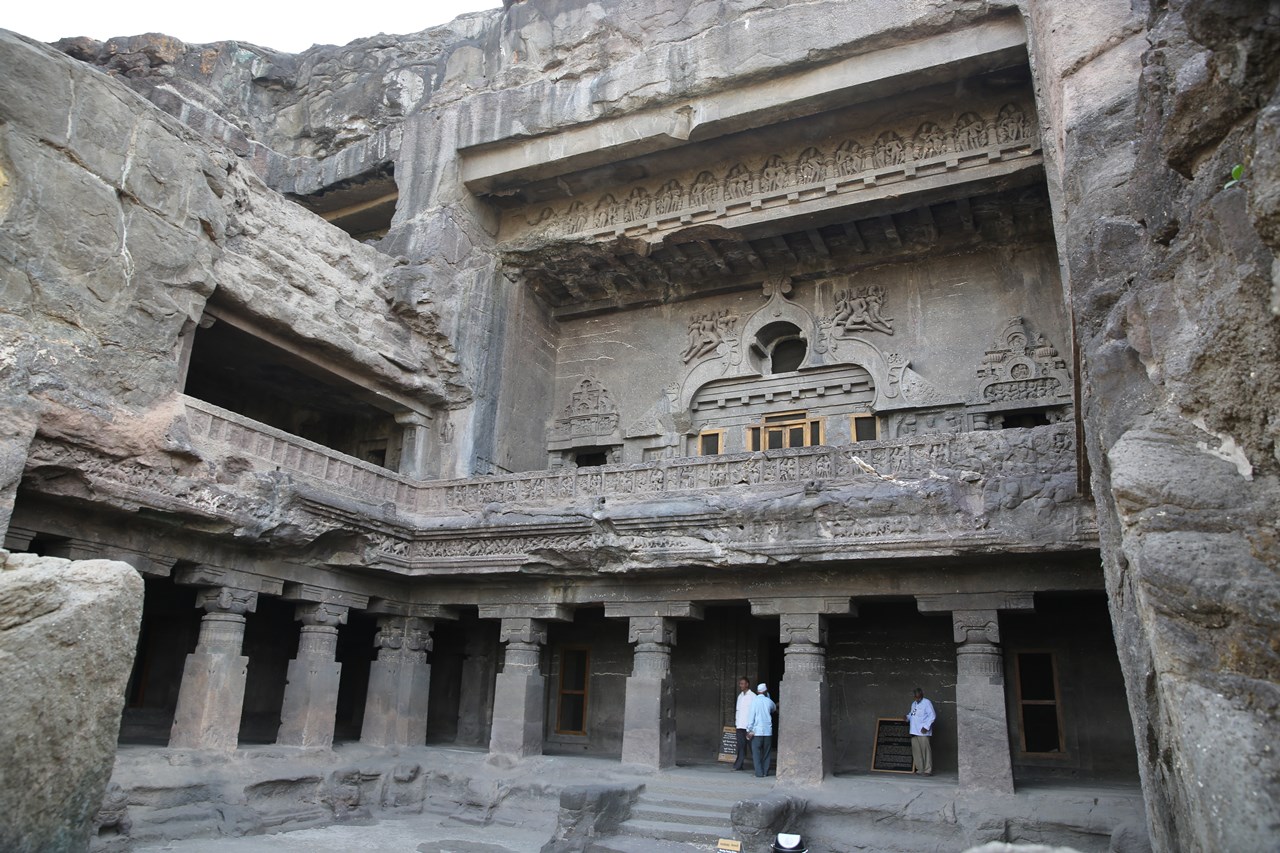 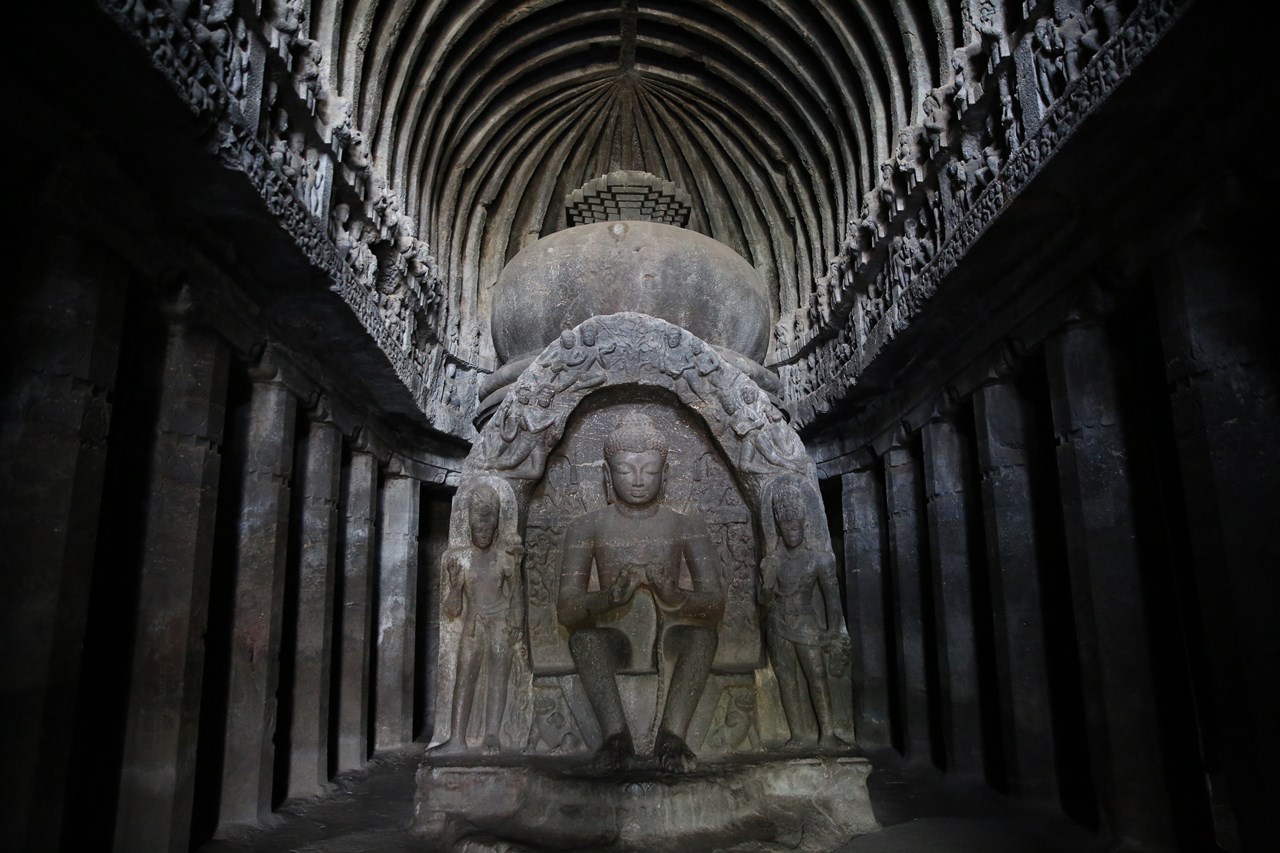 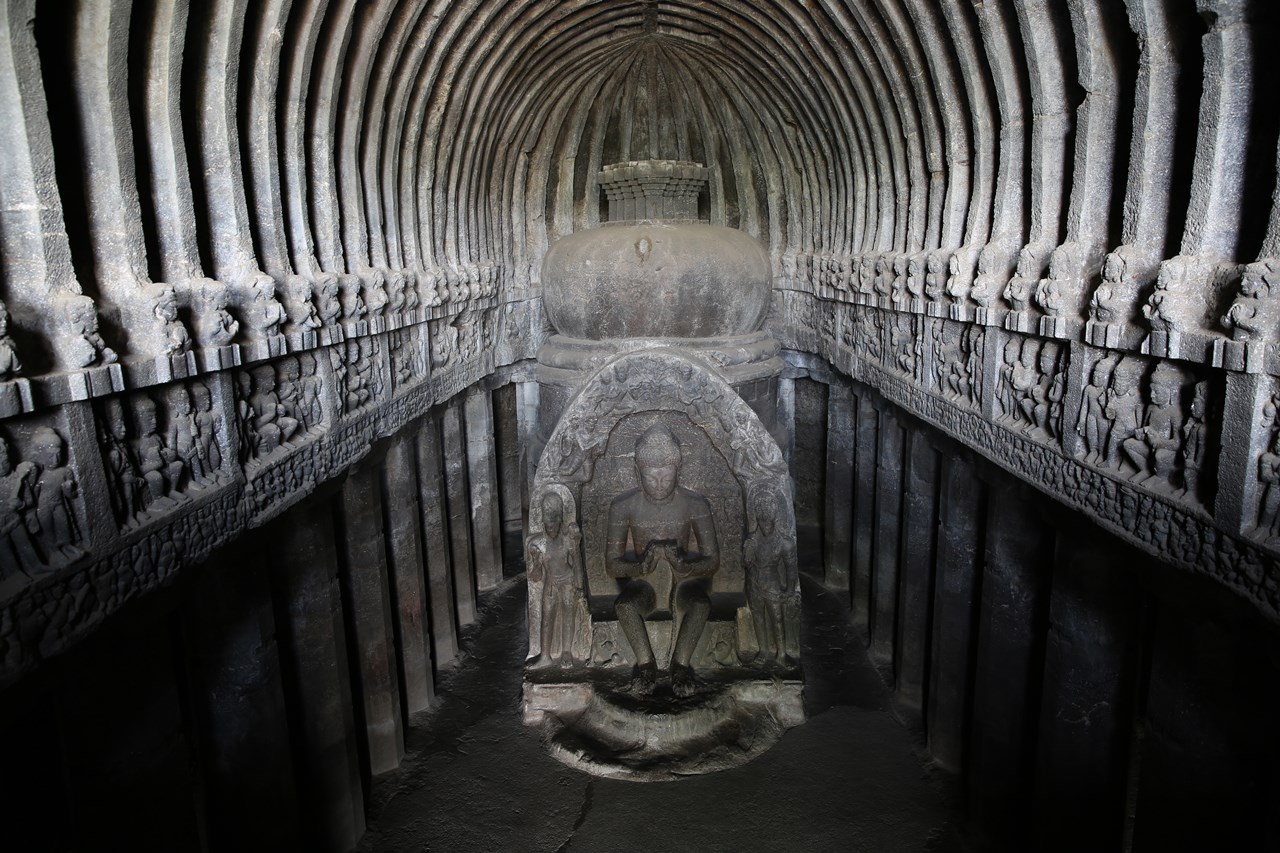 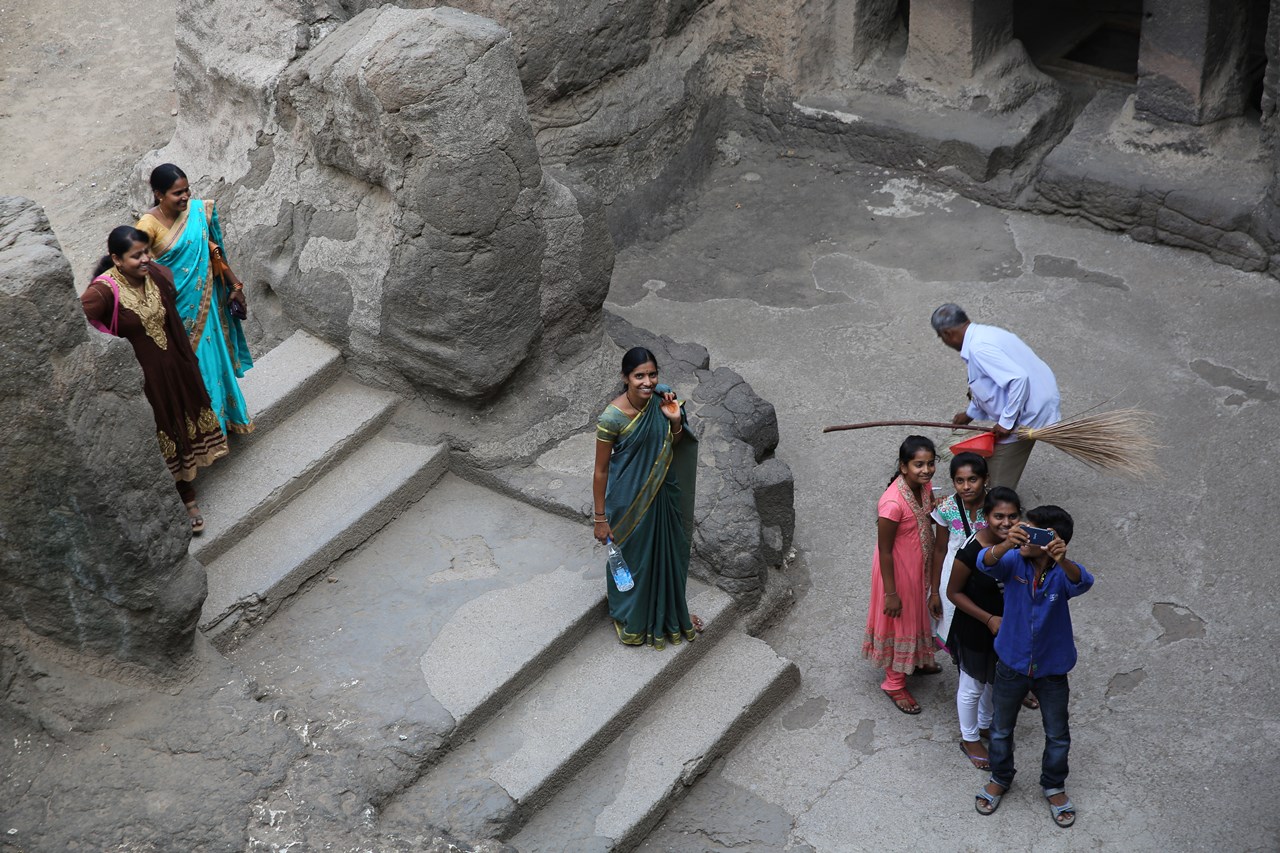 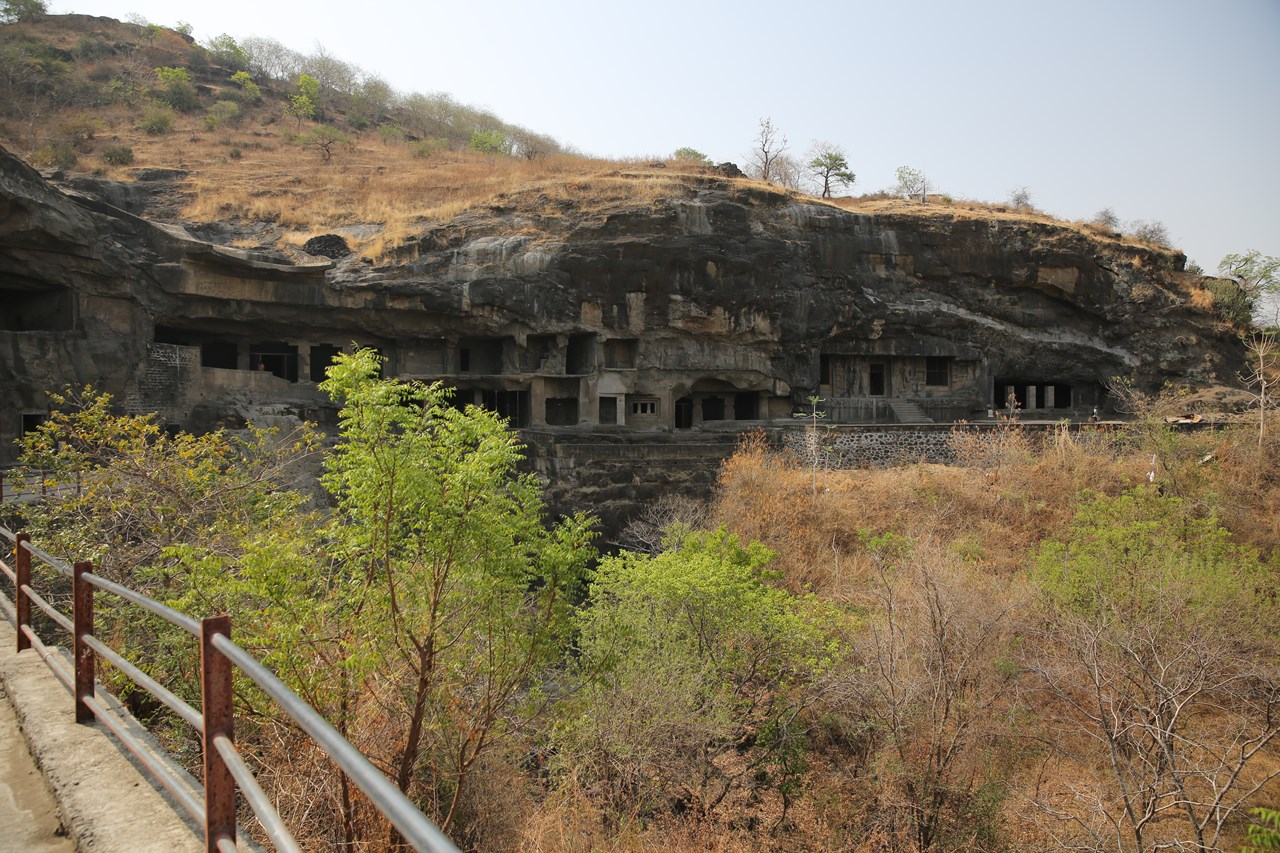 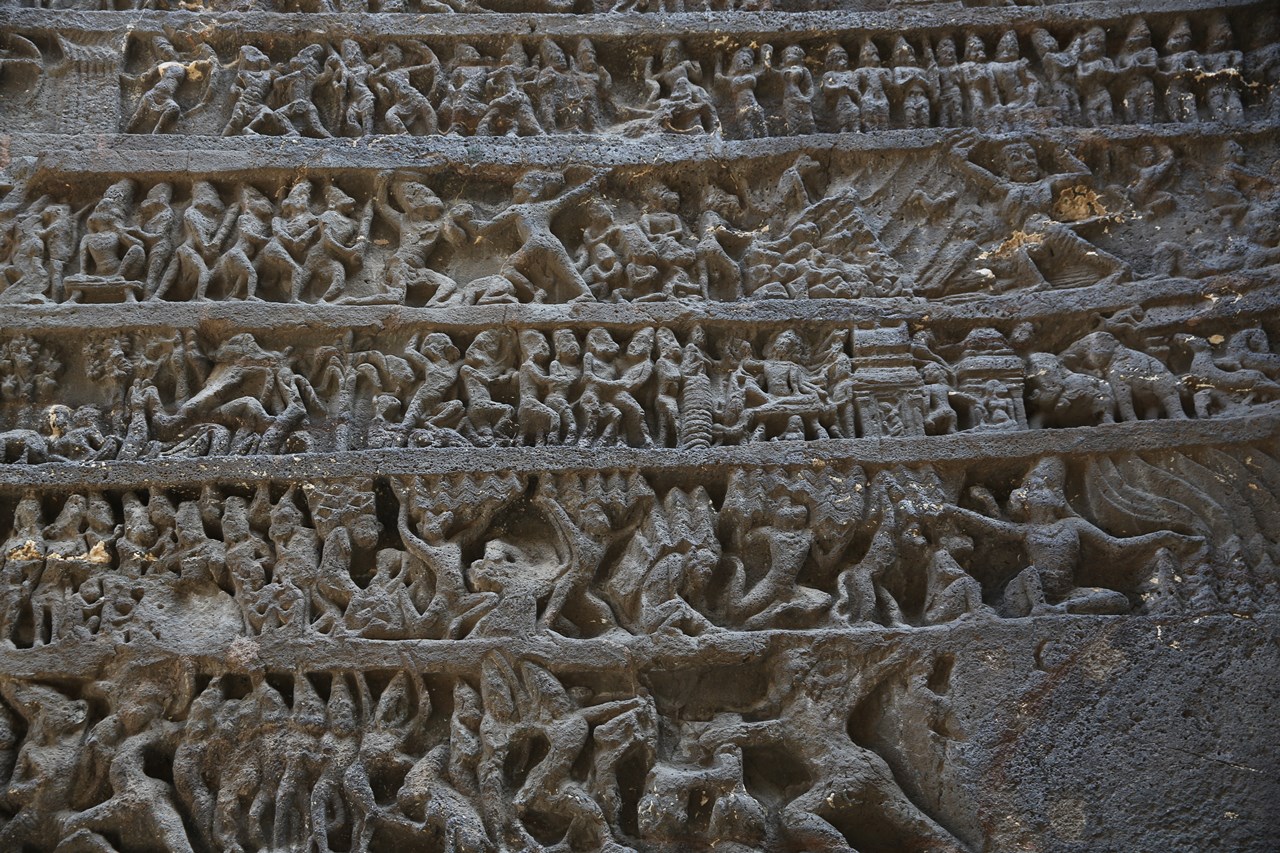 This cave temples are also unique artworks you should’ve seen – if you have the opportunity to do it. Because of Hindu temples as part of this site, there were far more visitors as at the Buddhist site of Ajanta. Also in Ellora the same pattern could be seen as before – domestic tourists were highly interested to take selfies with the two „Studds“. 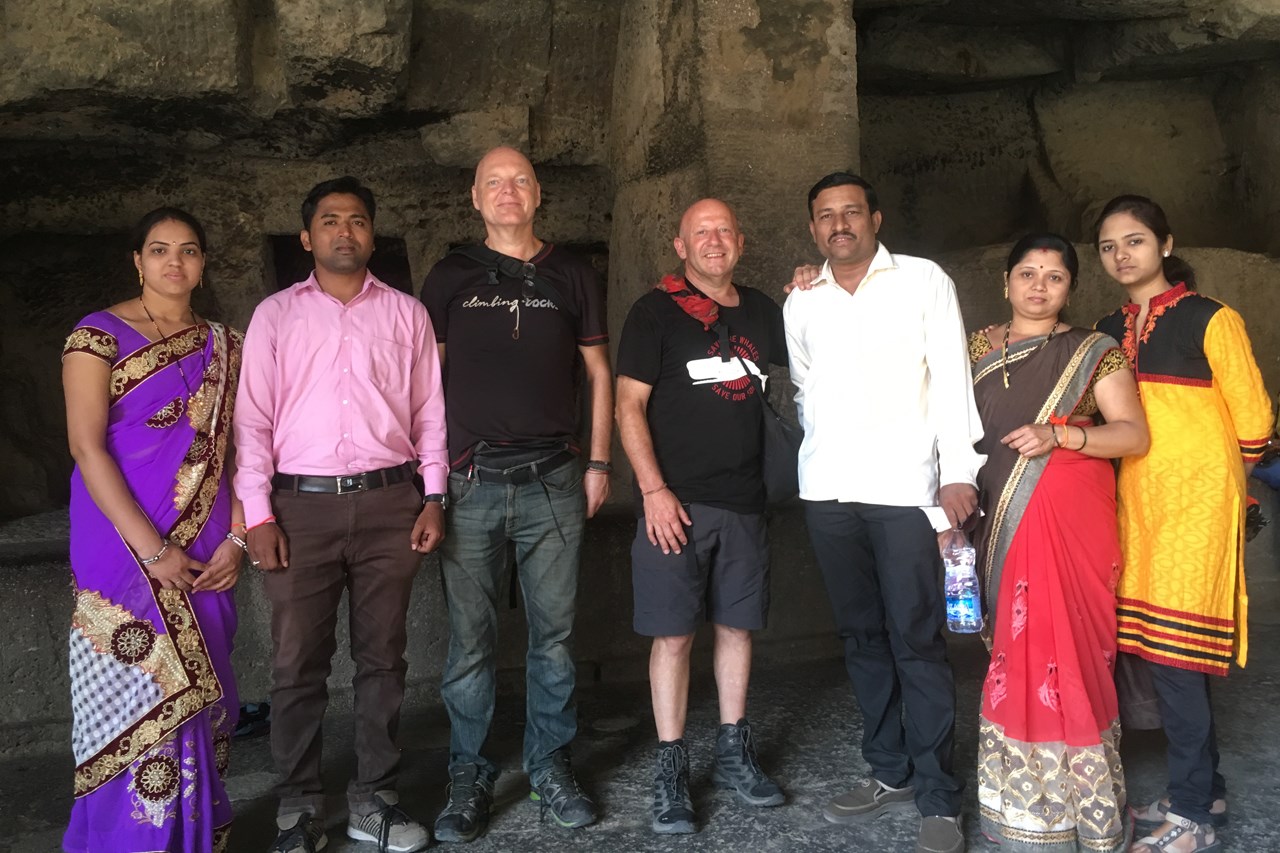 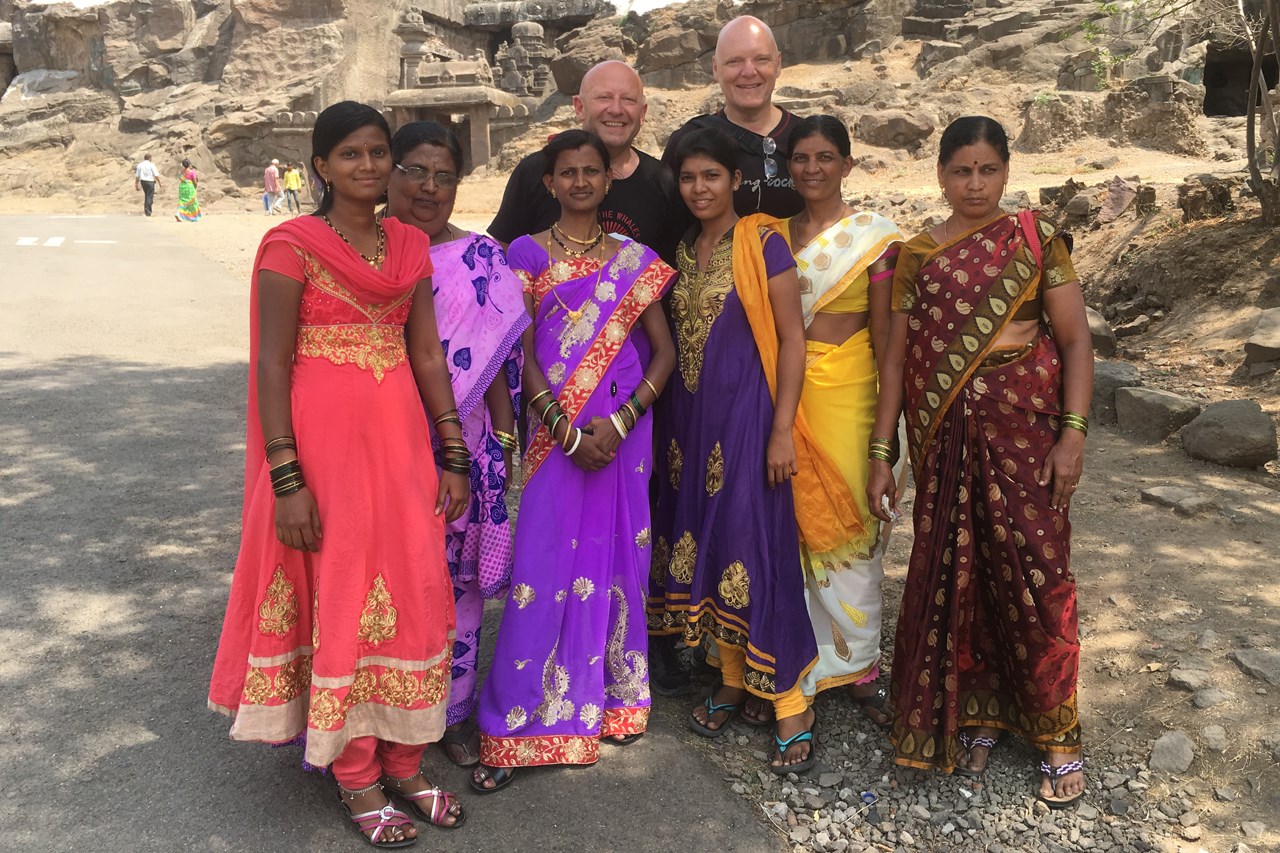 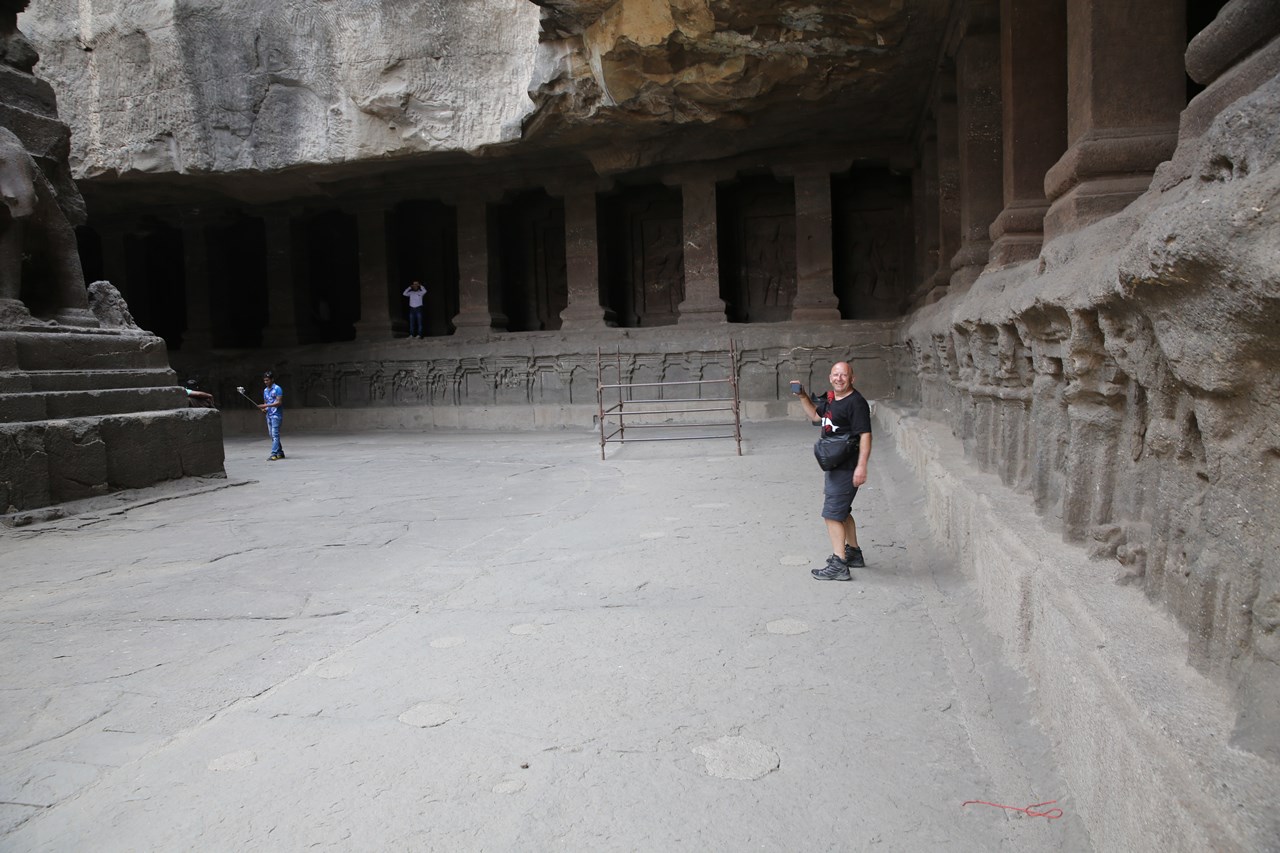 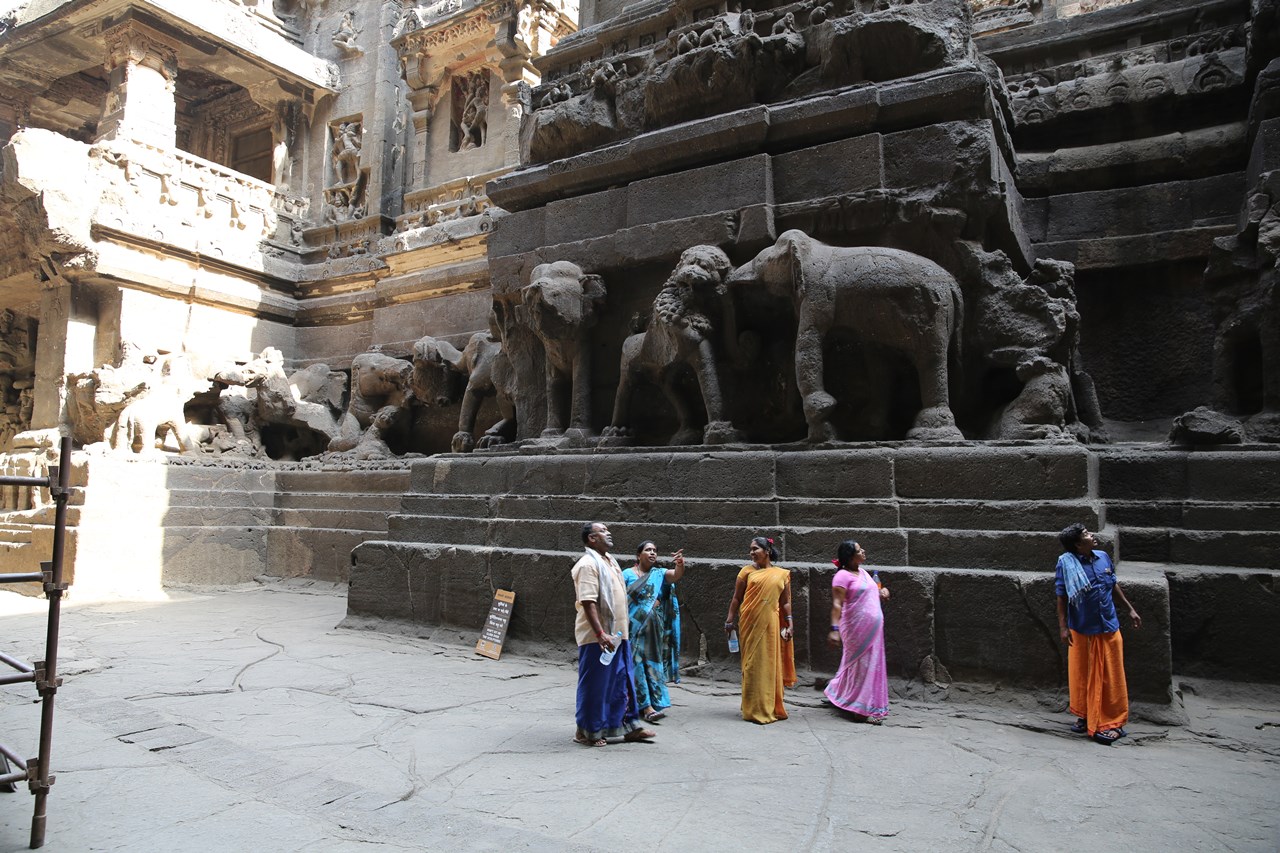 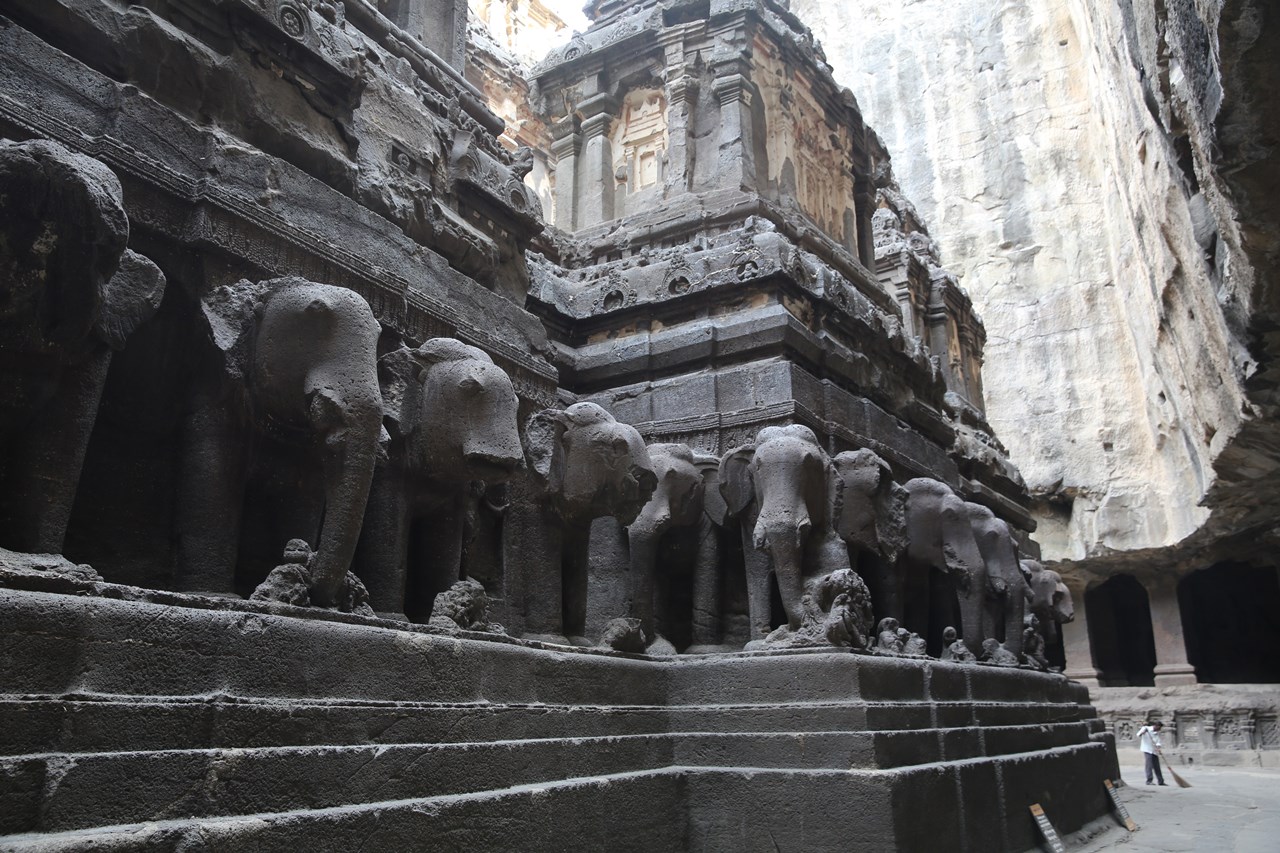 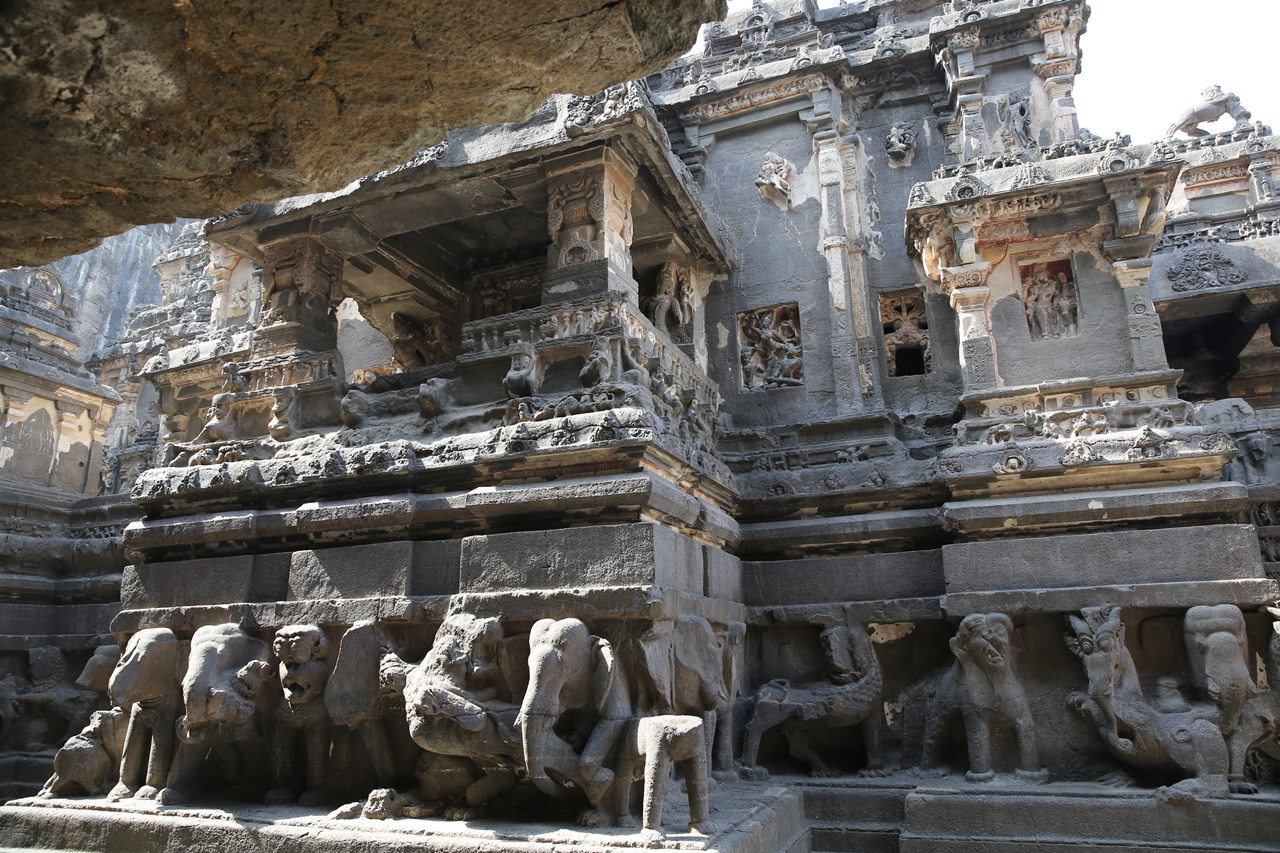 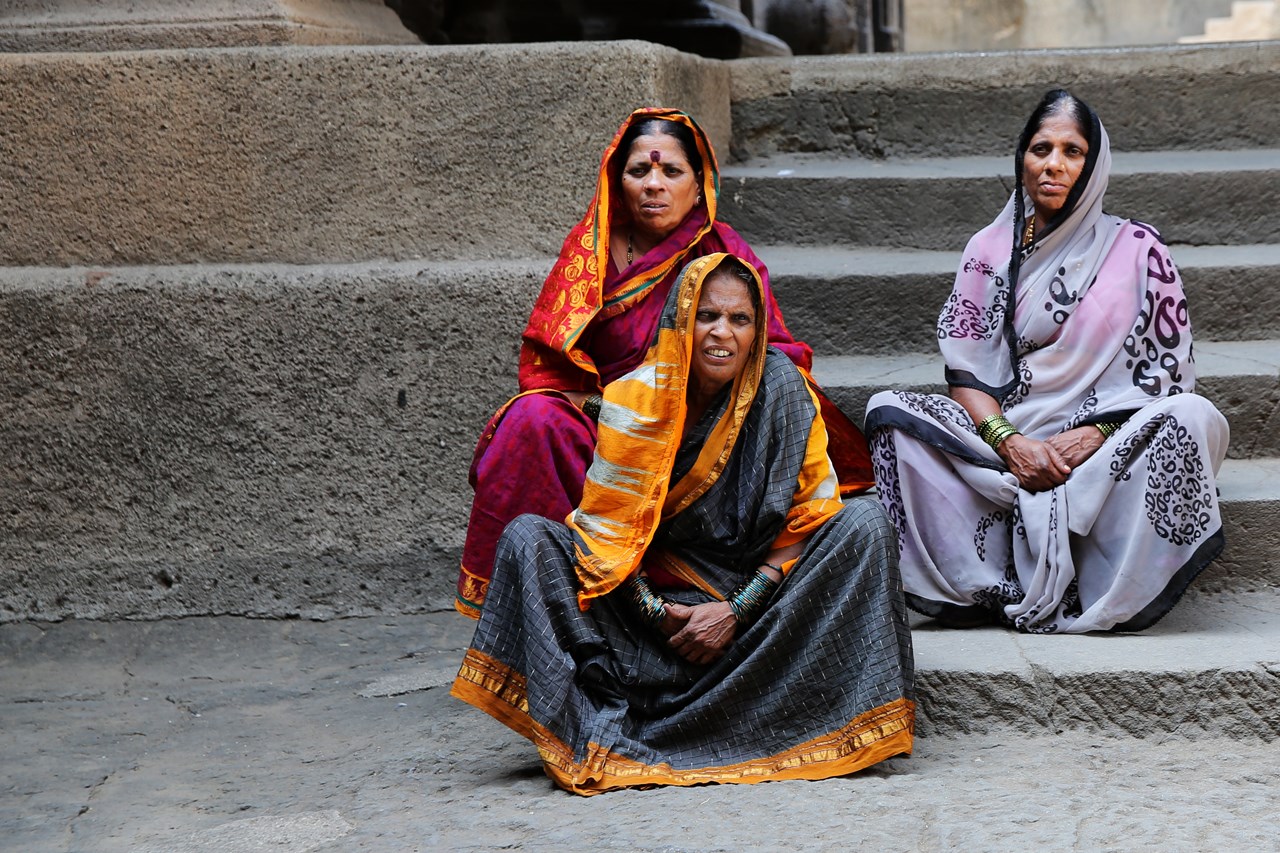 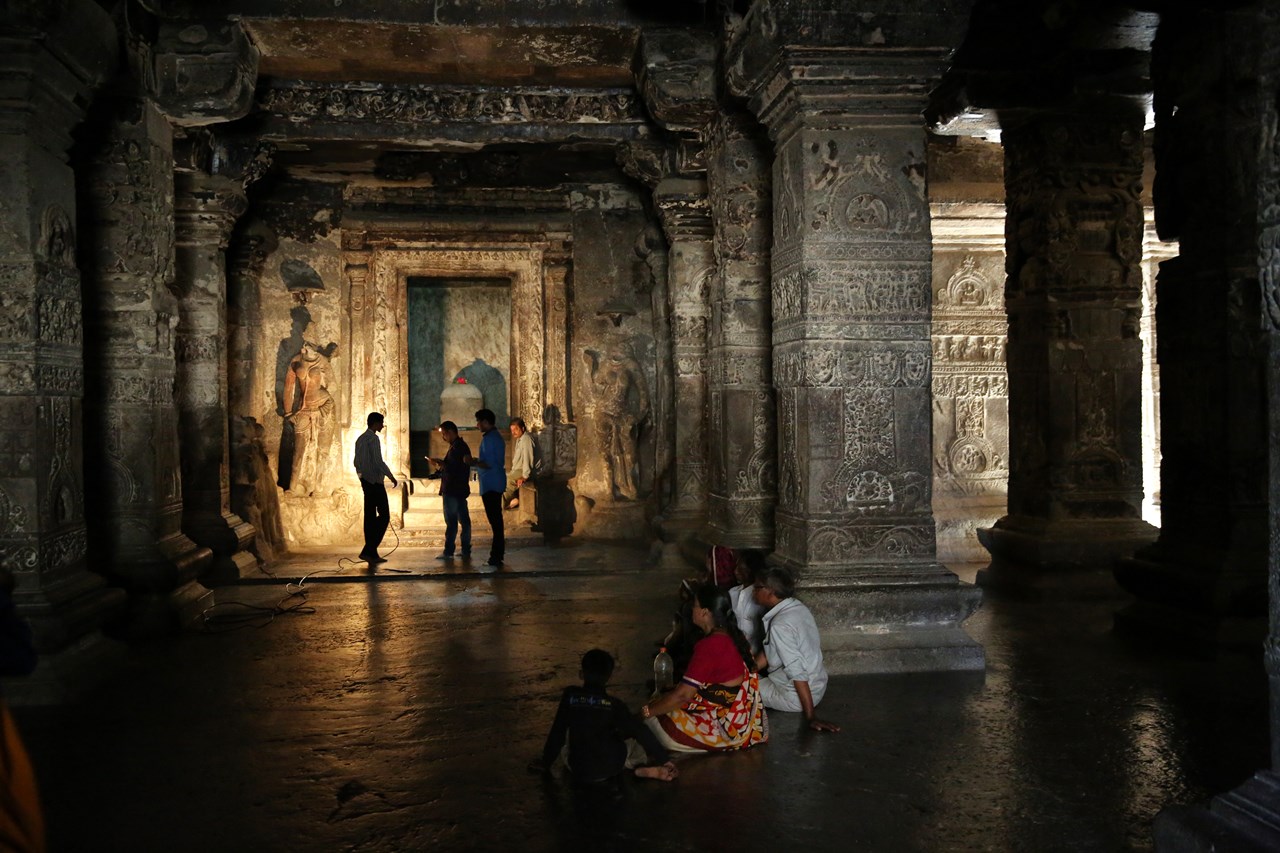 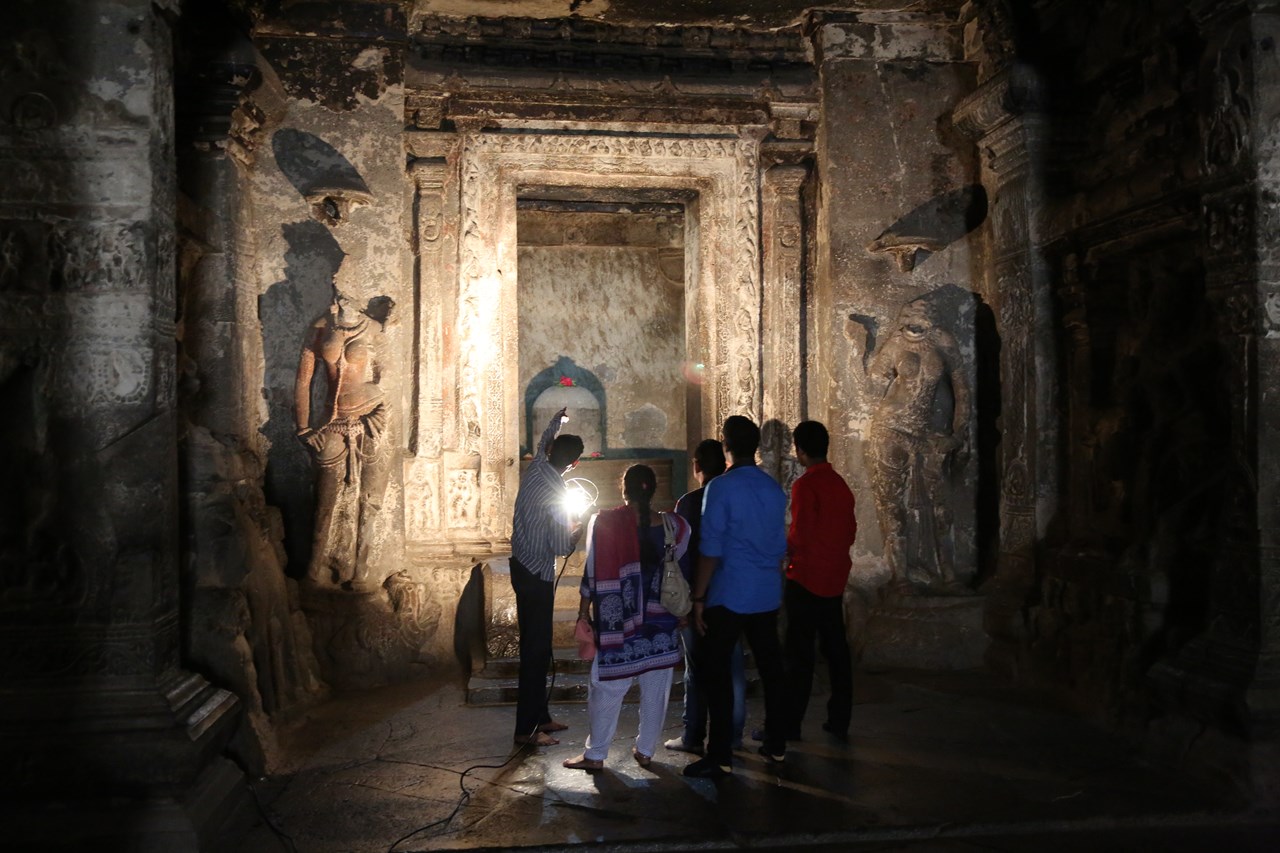 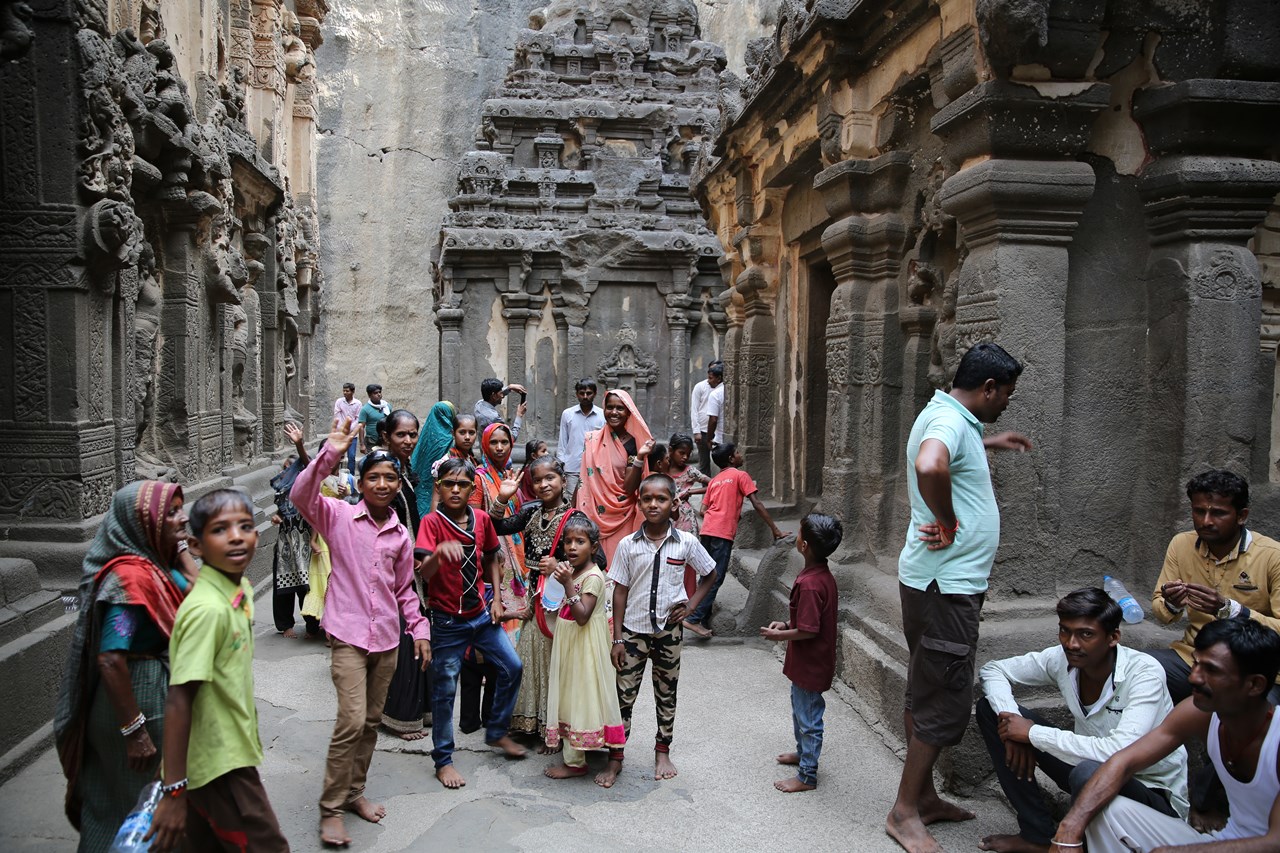 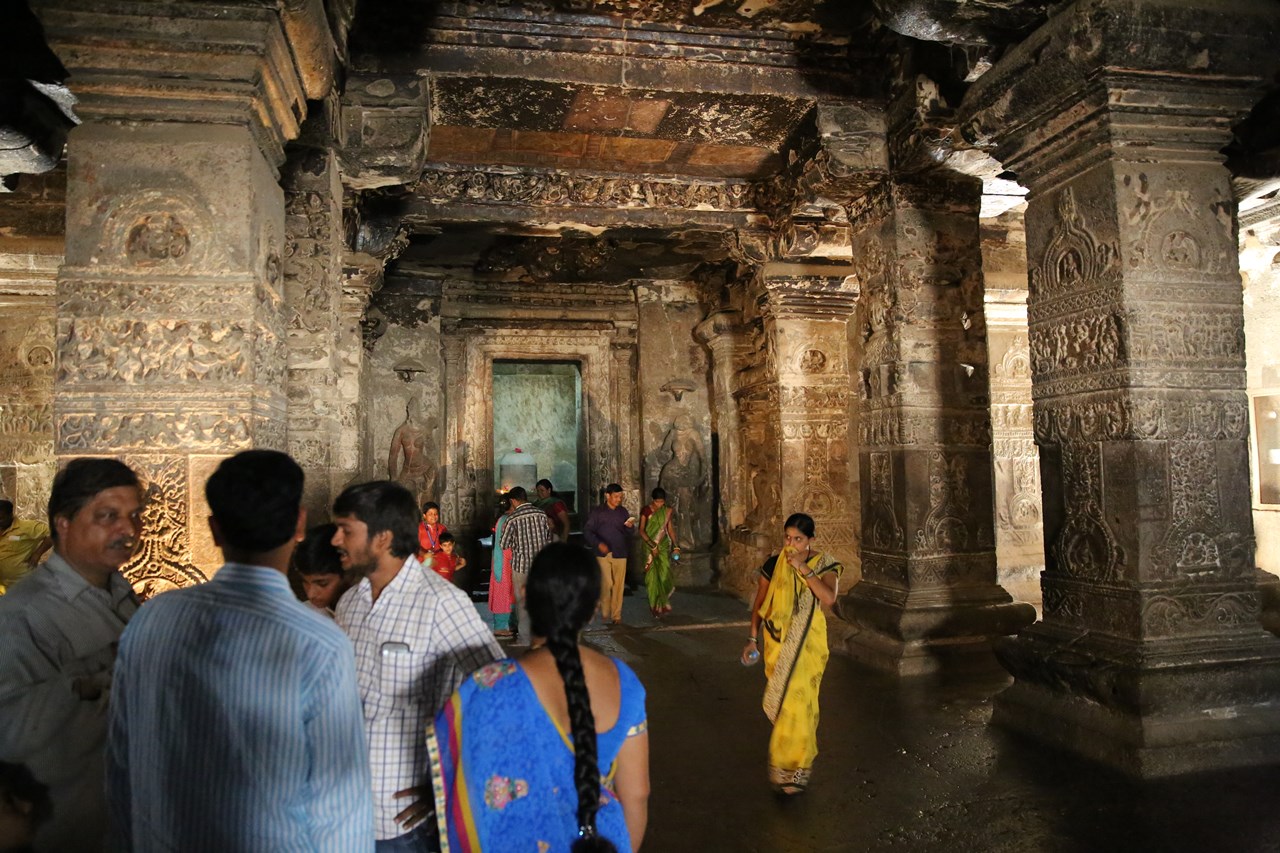 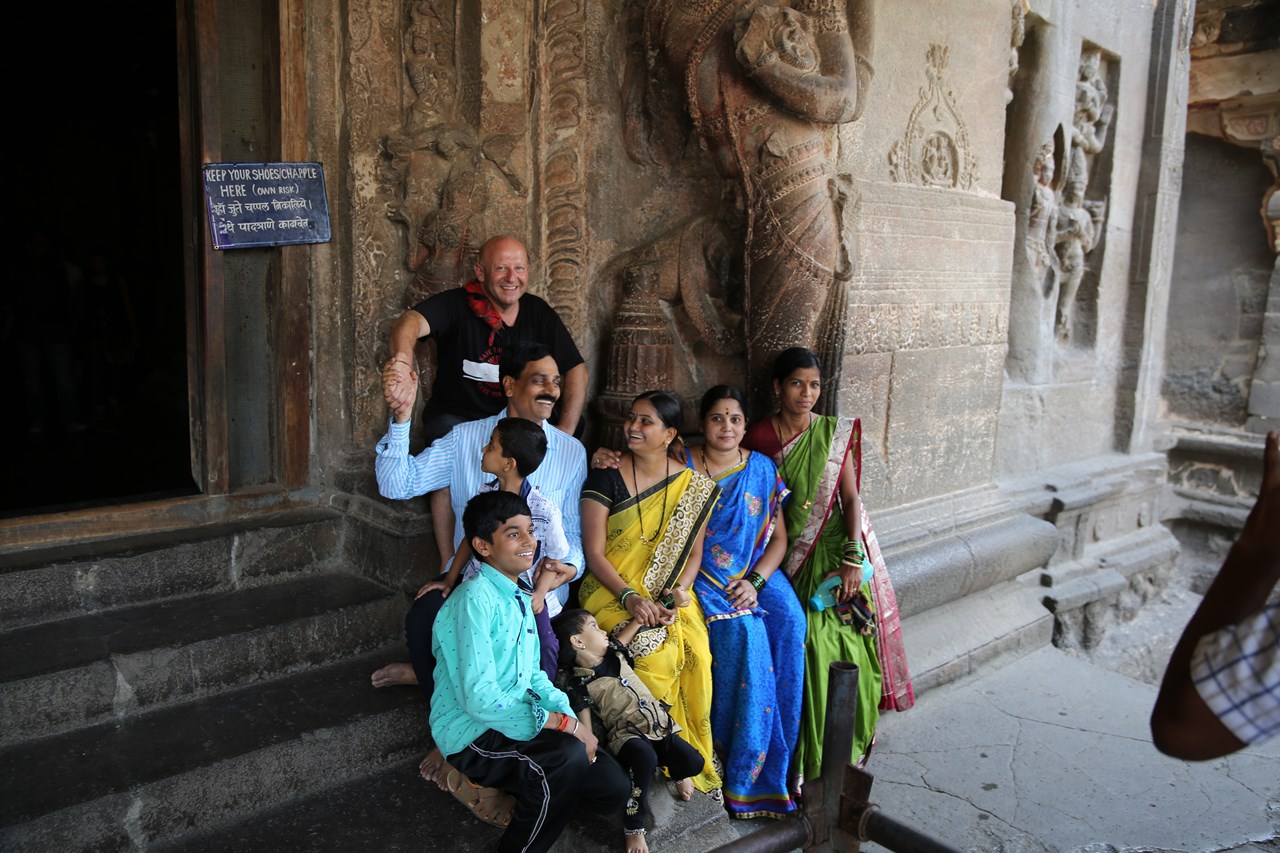 The cave temples are spacious spread in this area and arranged in groups widely apart of each other. To get from one cave group to the other, a shuttle-bus should be taken. Unfortunately this bus ride took long time for us, because of this slightly slow-moving bus driver. 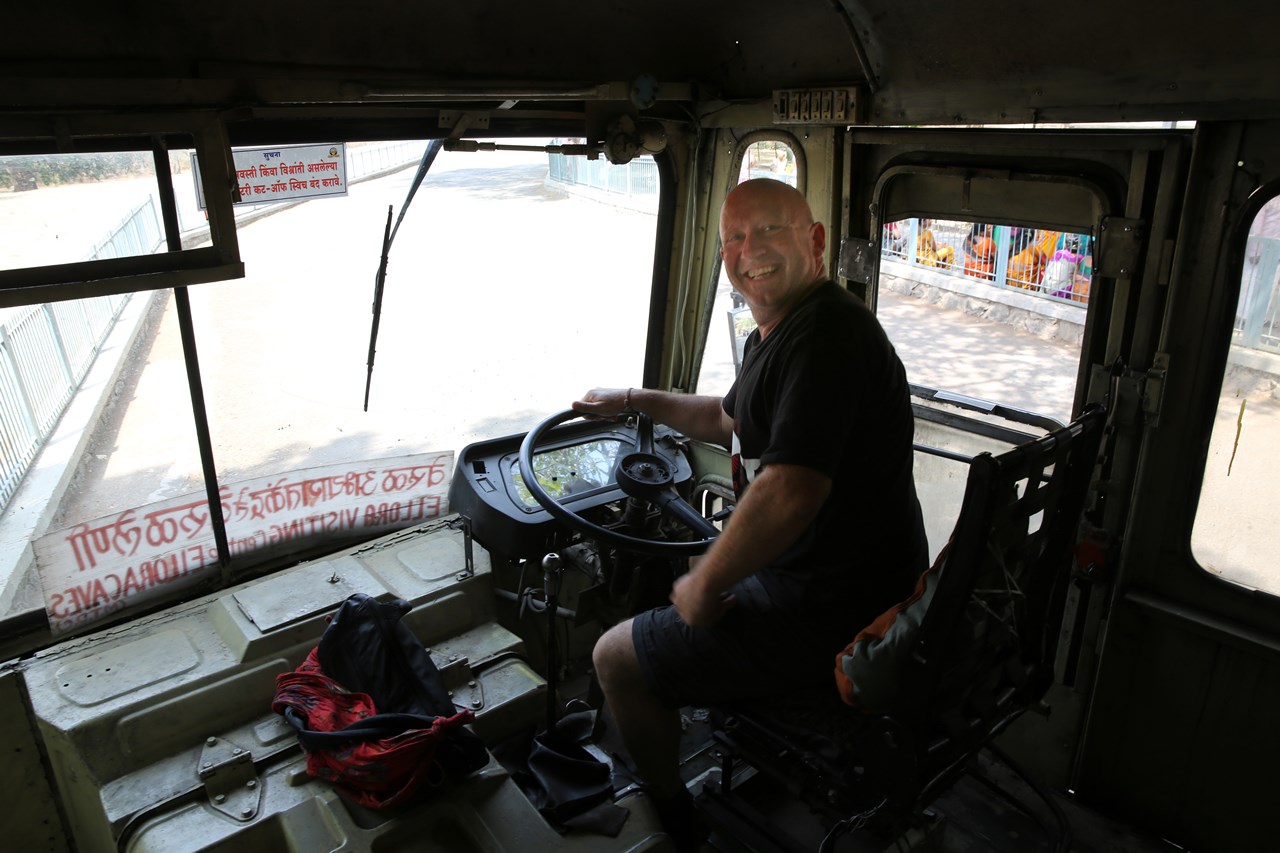 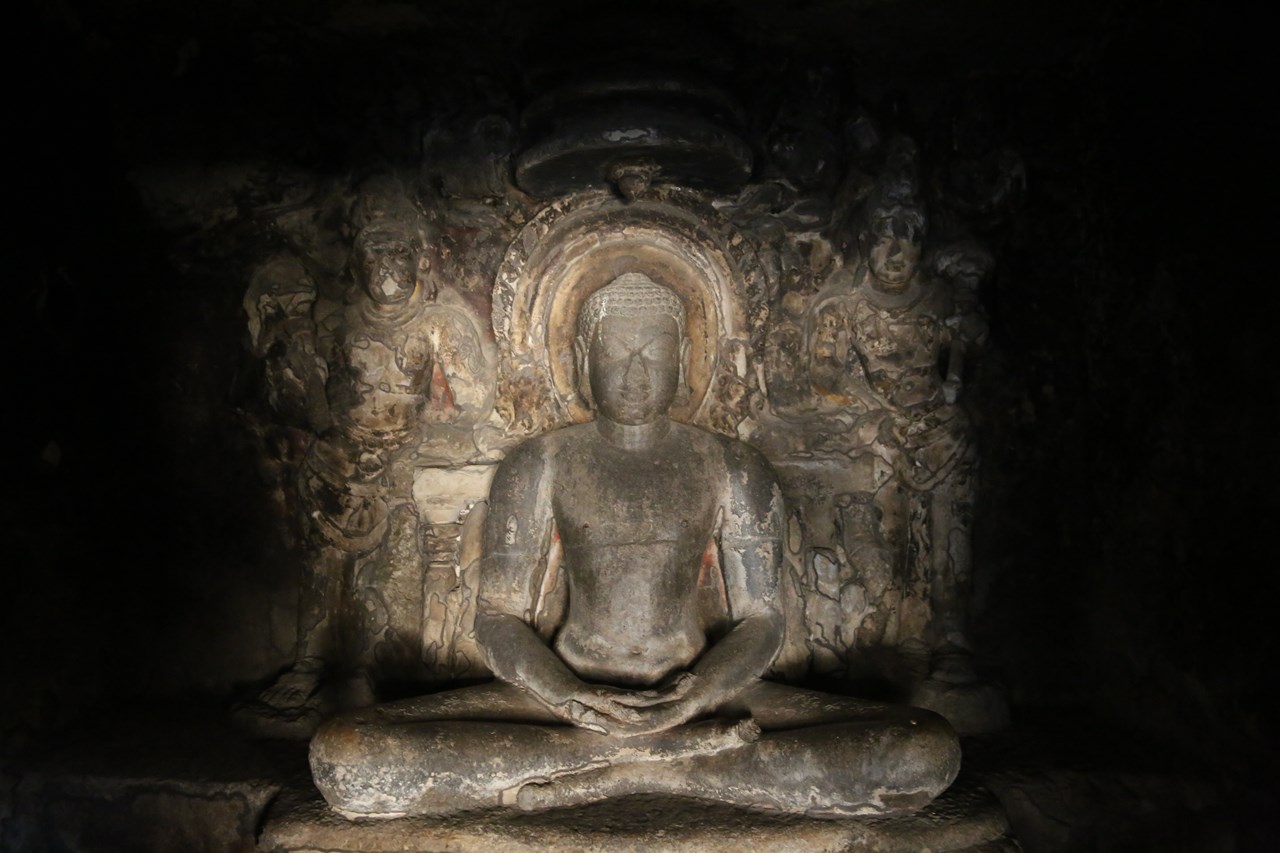 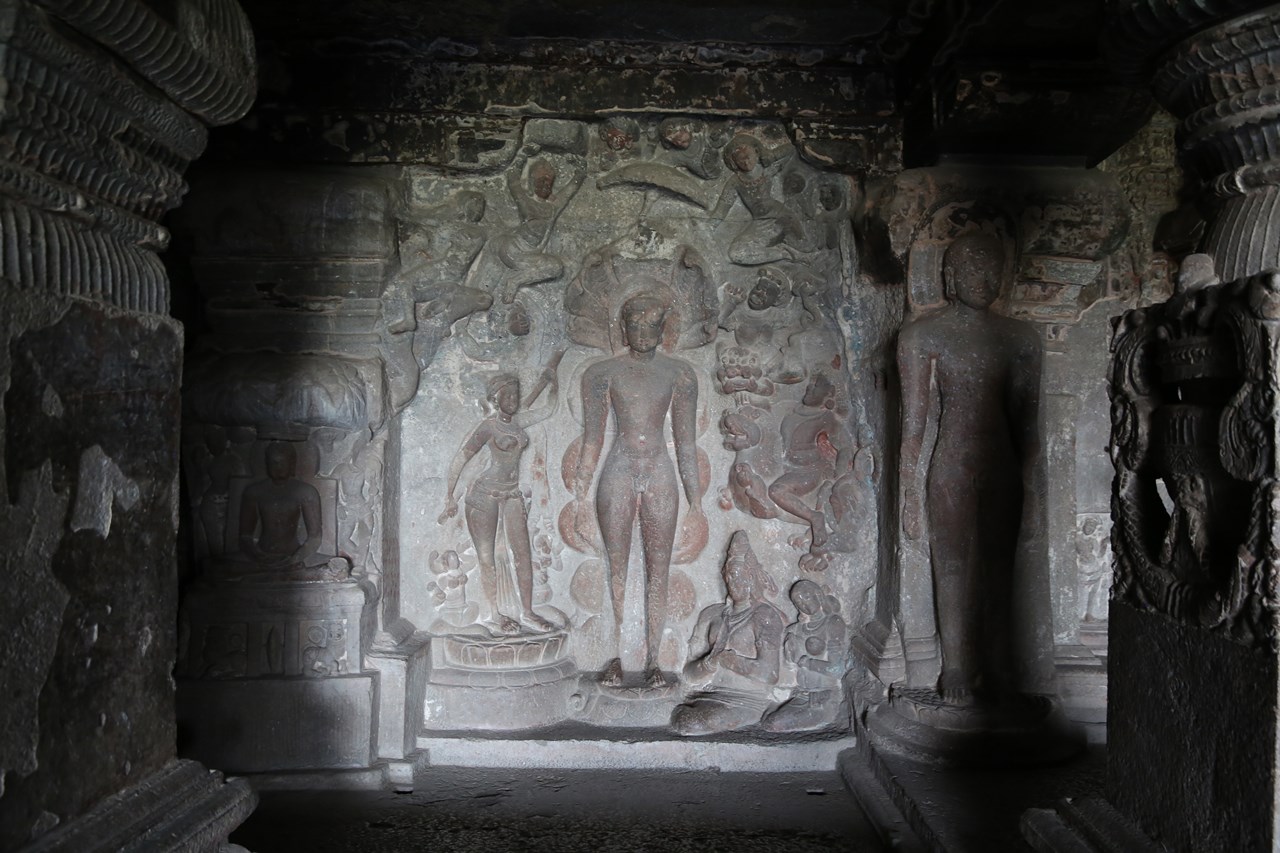 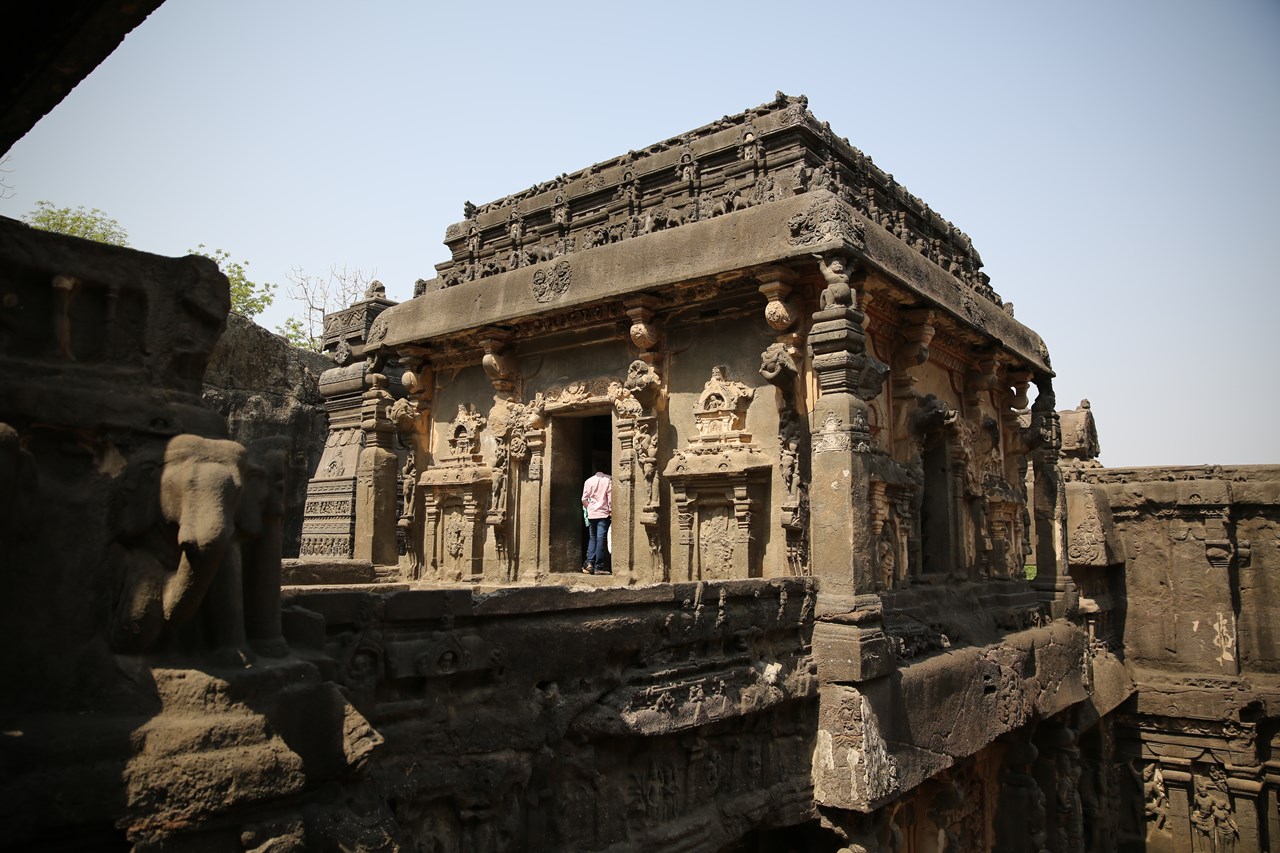 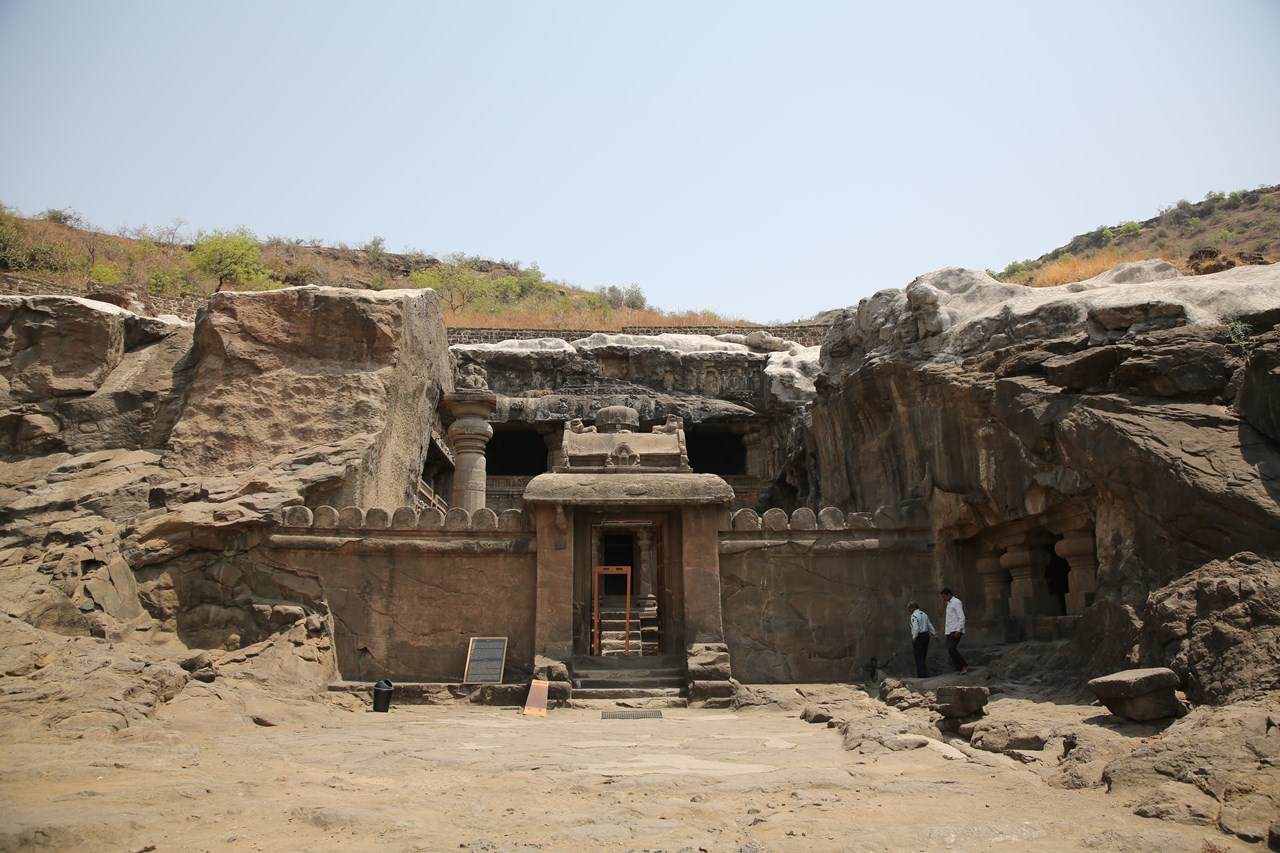 Our cultural program in Maharasthra was completed with visiting Ajanta and Ellora for the moment. I’ve seen it before, I saw it now and I’m going to see it hopefully in future. This both sites are so impressive for me, that I’m going to visit them again at next opportunity. Now we are heading west – towards coast.

#18 – The shipwreck graveyard of Alang