At 6 o’clock in the morning we were picked up by car in front of the hotel, to be brought together with other tourist extras to the fort – to the shooting location. After an extensive breakfast we were dressed. Here, for the first time, I also learned that the film we are going to play in is „Lost in India“. It is a Hollywood Bollywood co-production, planned as a successor to the „famous“ film „Lost in Thailand“ and is produced by the same crew, who had already shot the Oskar-crowned movie „Slumdog Millionaire“. 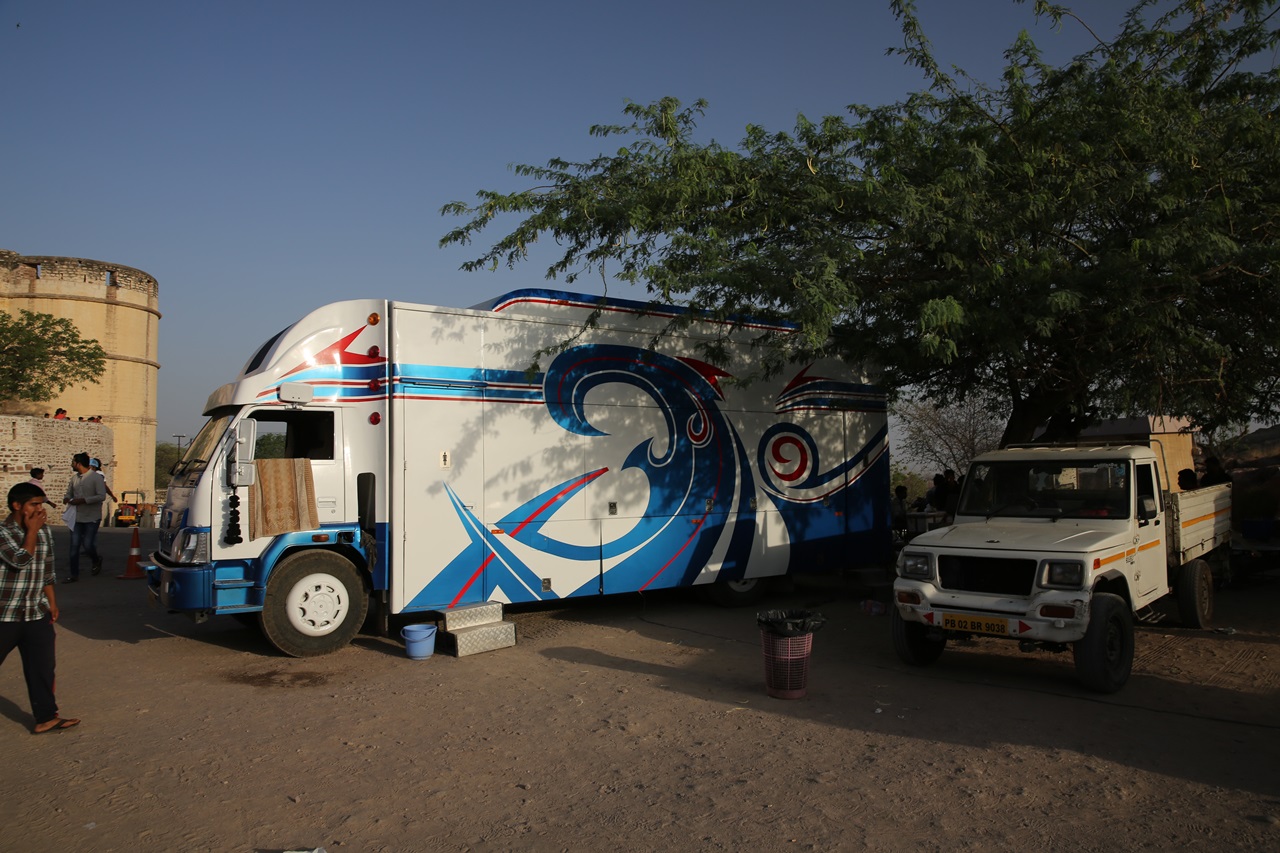 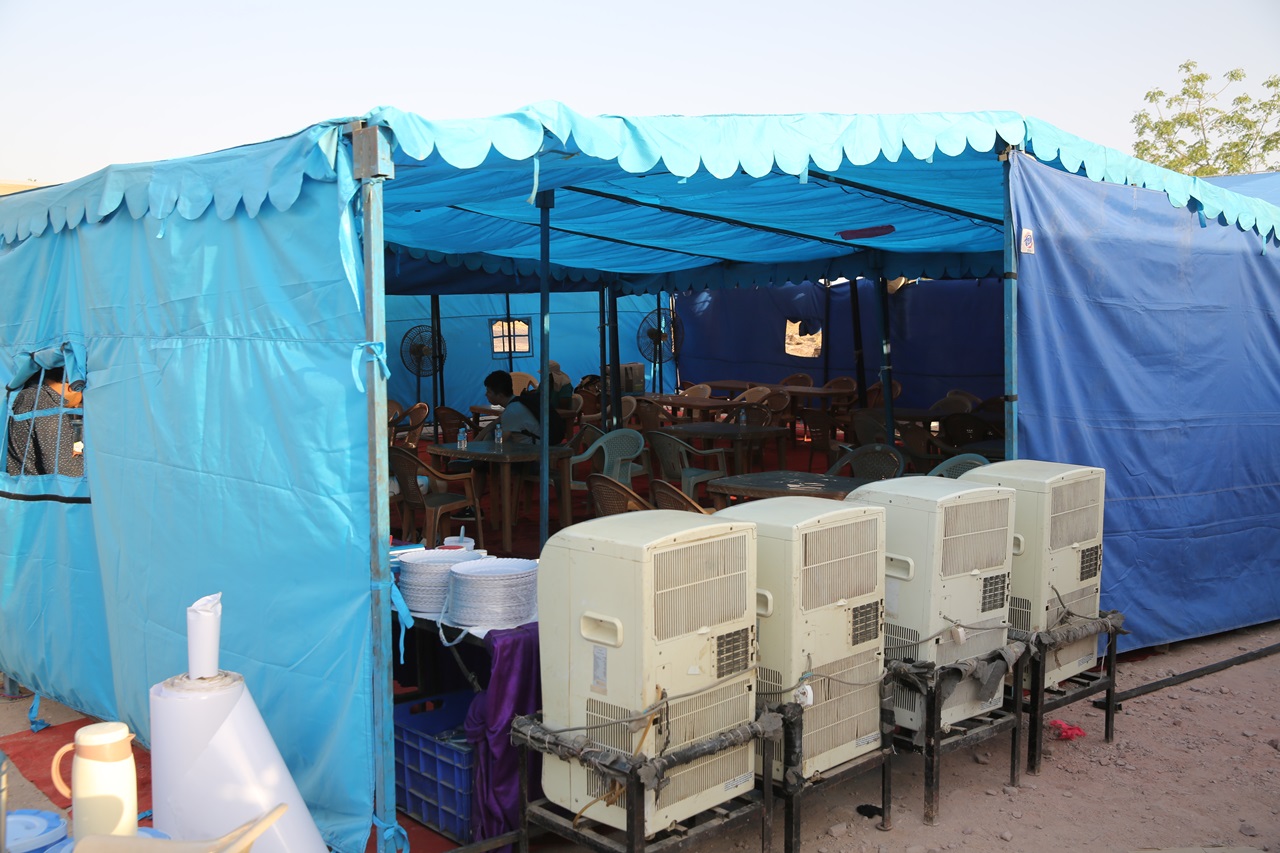 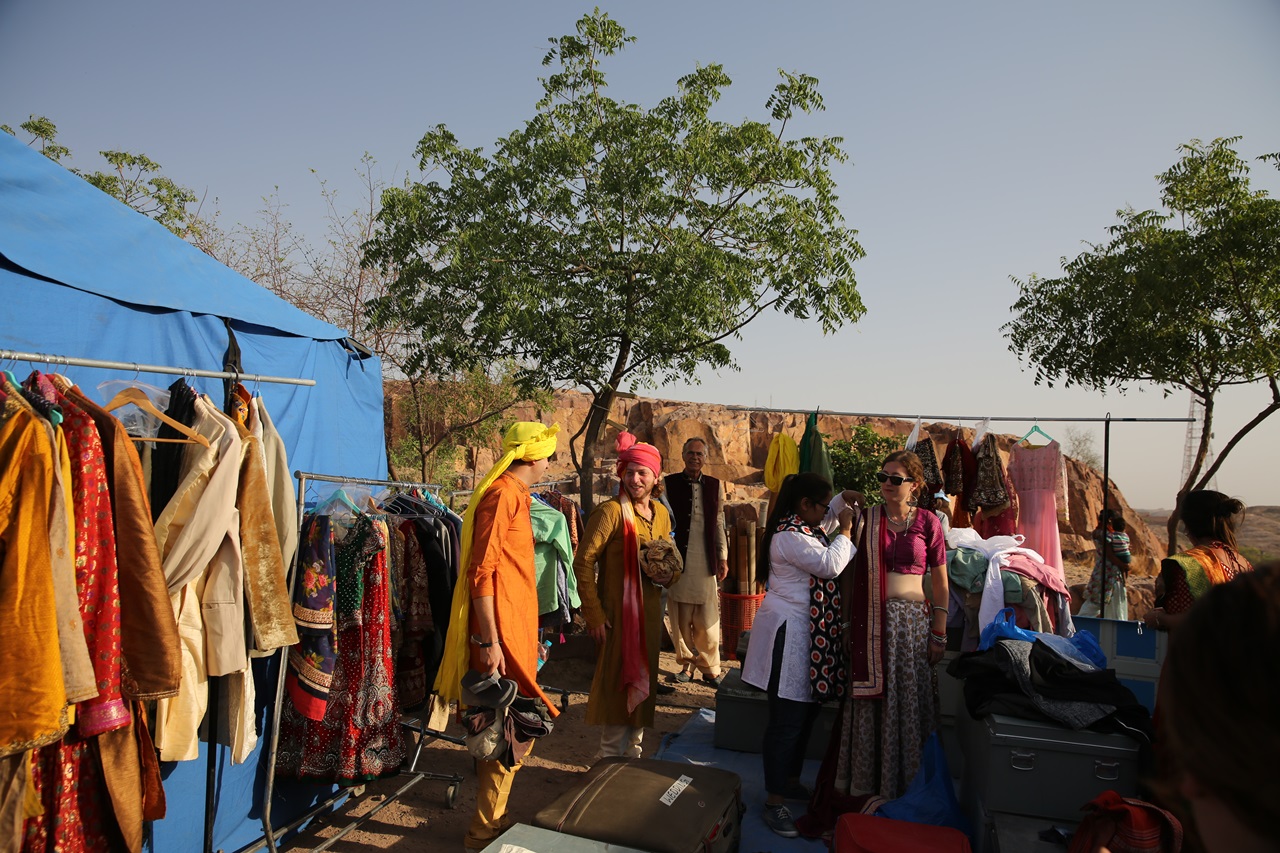 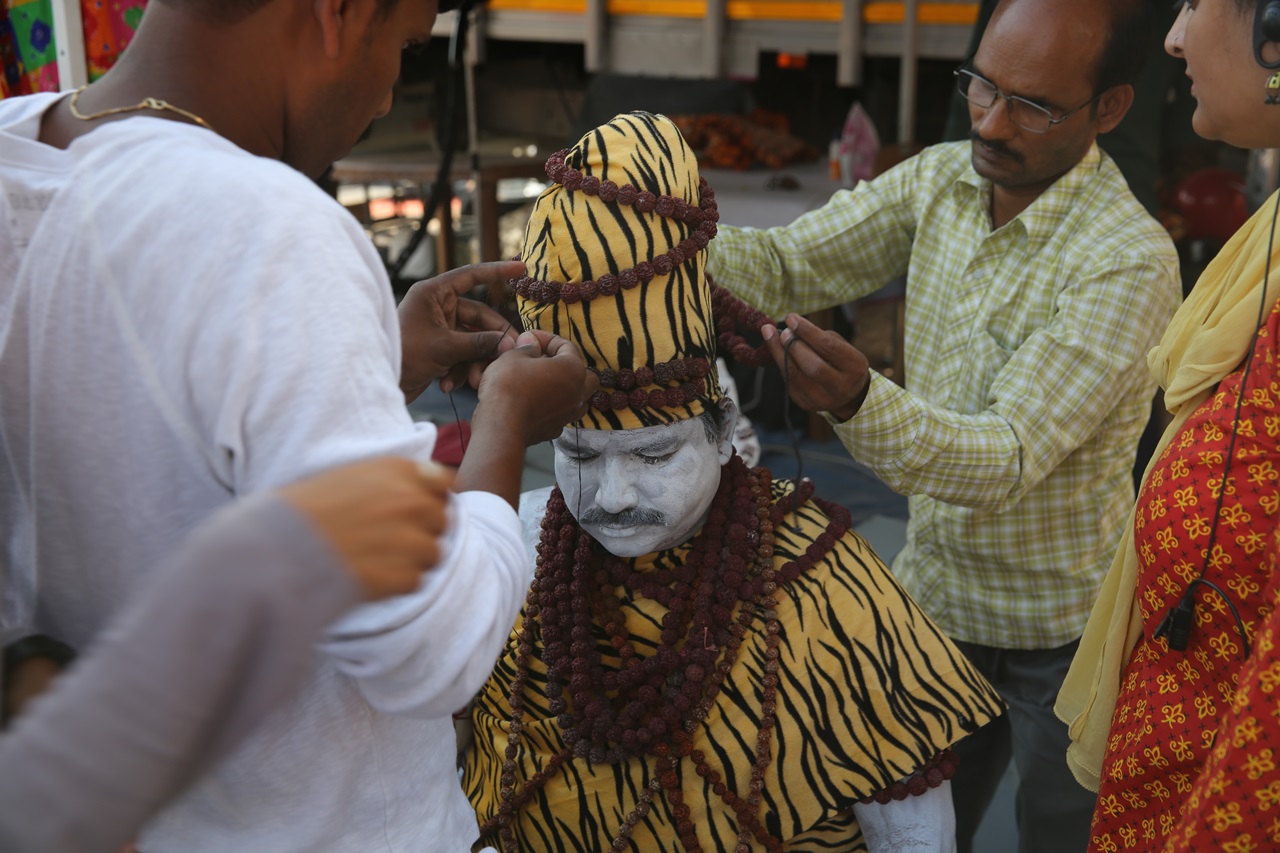 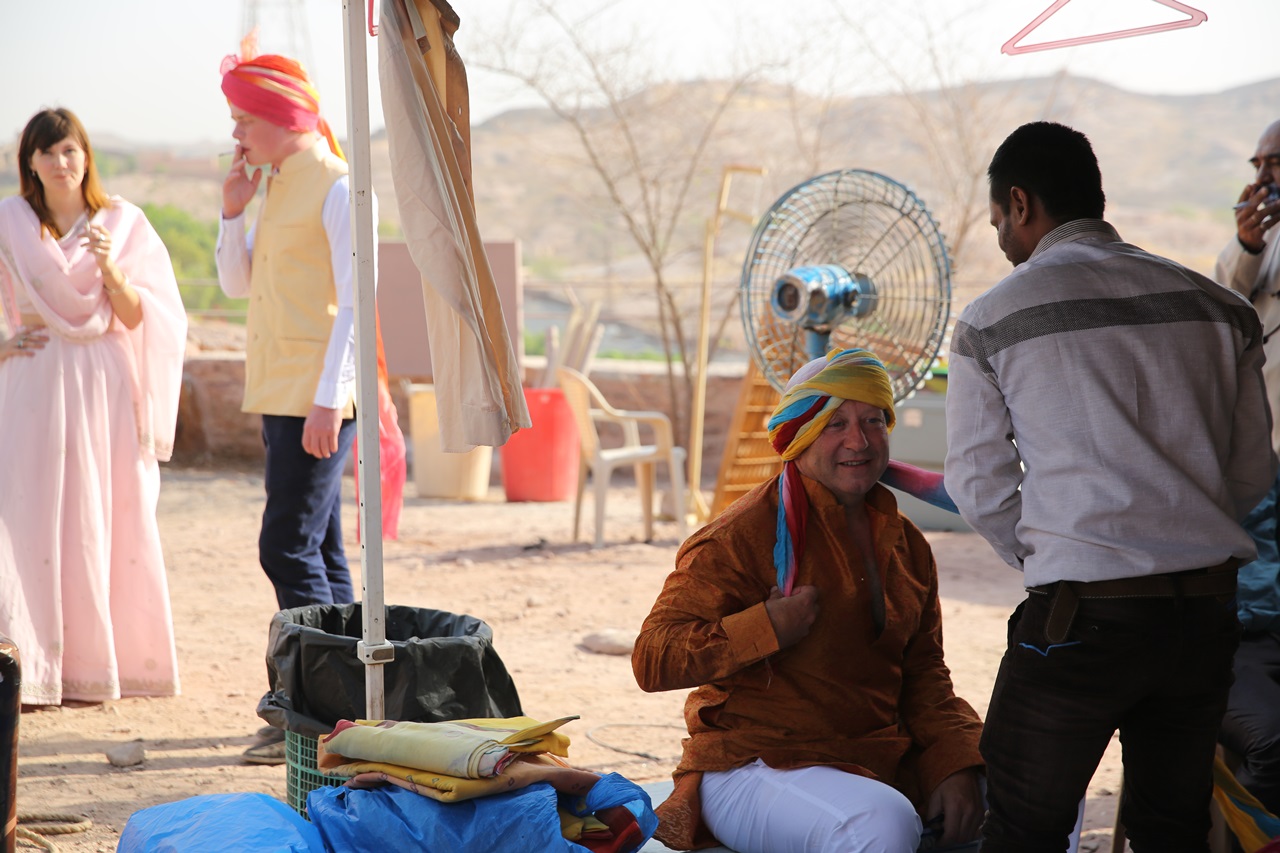 It took me a little longer to get dressed, I think I was finished last. The reason for this was because I was slightly bigger and broader than a typical Indian – the tailor had a lot to do to make one of these typical Indian robes for me. The young lady who led the Fundus was already quite desperate. But ultimately the result could be seen. I just could not move too fast, or the shirt would have burst at my back. 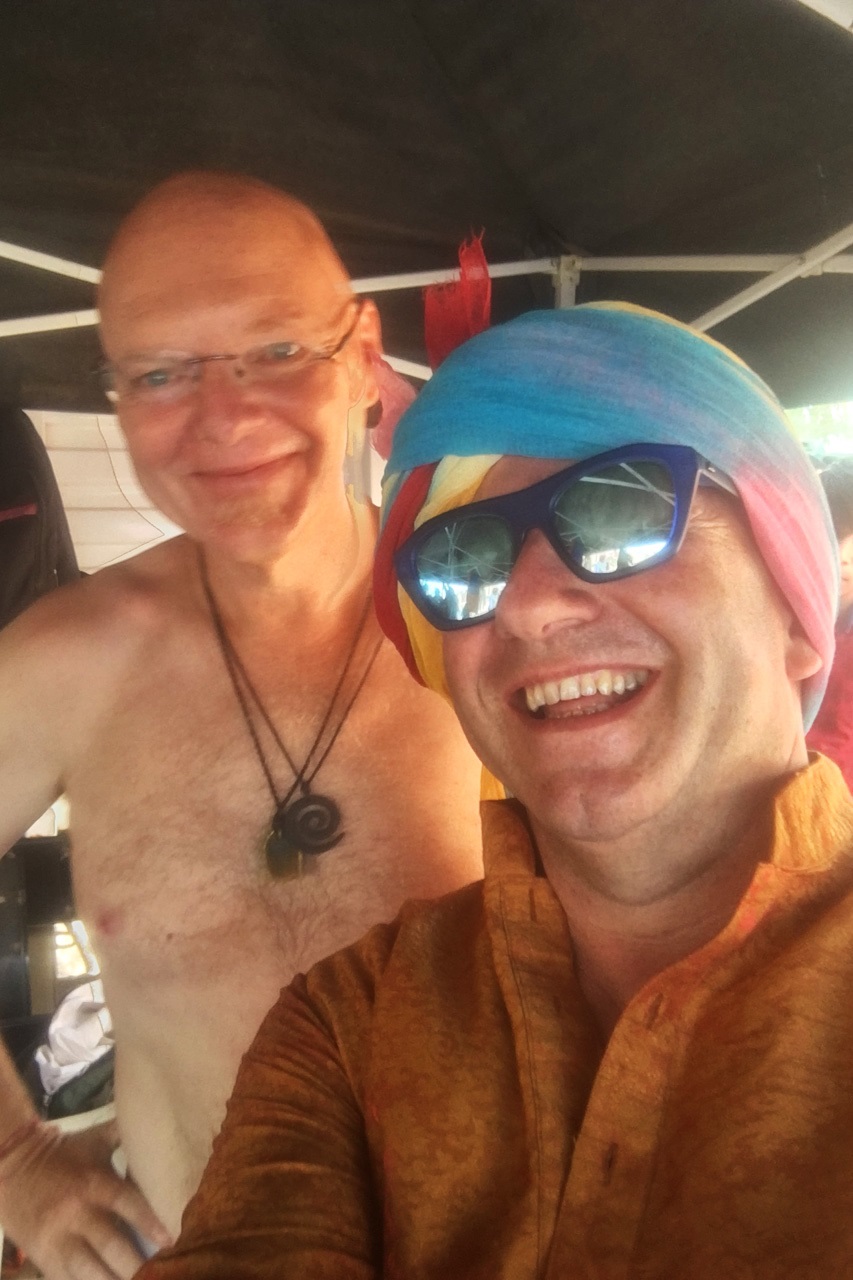 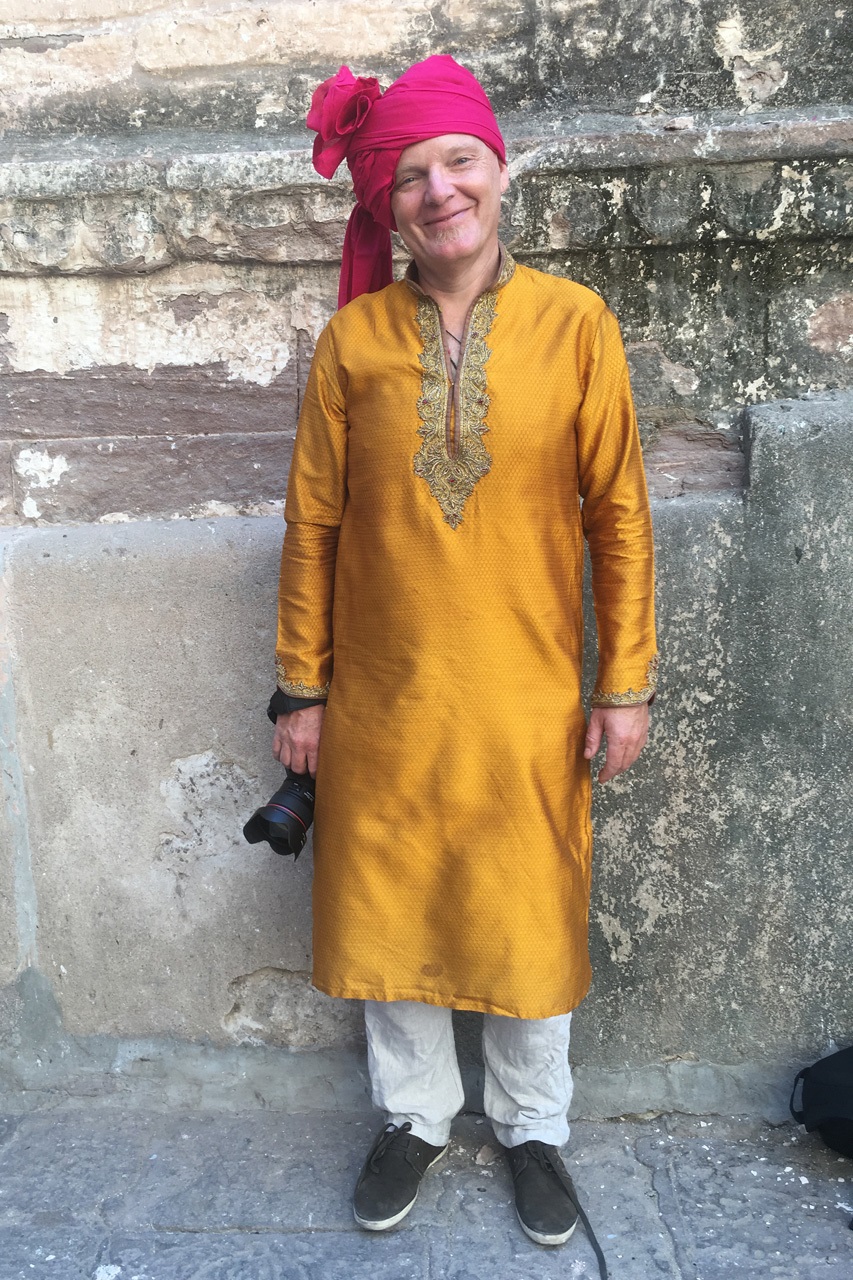 The next thing was to wait. The shooting was already in progress, but until we extras were allowed to enter the set, it took about 6 hours. For Indian conditions, each of the waiting foreigners got a lot of money – 2,000 INR (about € 28) per day as well as the food. For comparison – a truck driver earns a monthly rate between 5,000 and 9,000 INR, but has 30 days a month on the road without holidays. People just sit around, talk, make fun, take pictures in groups and it was actually quite funny. 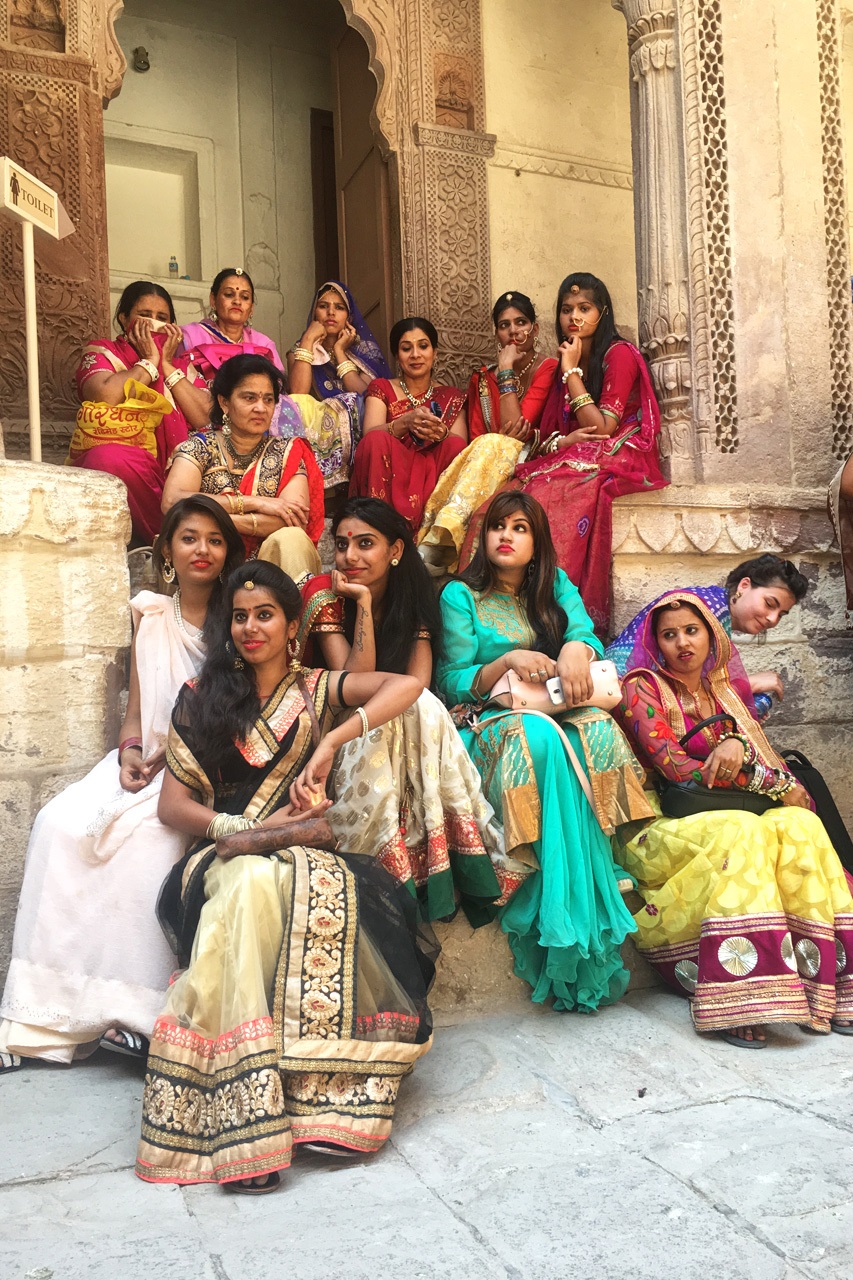 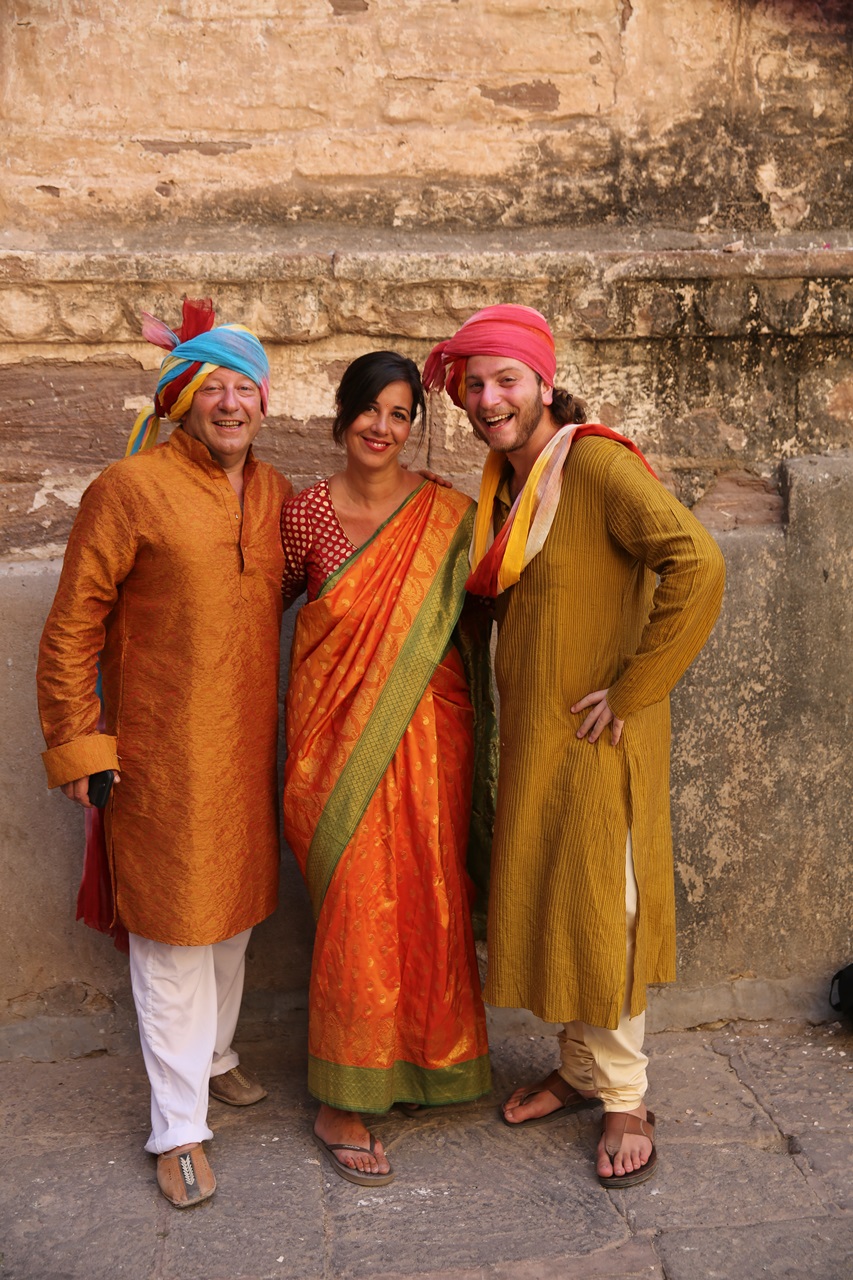 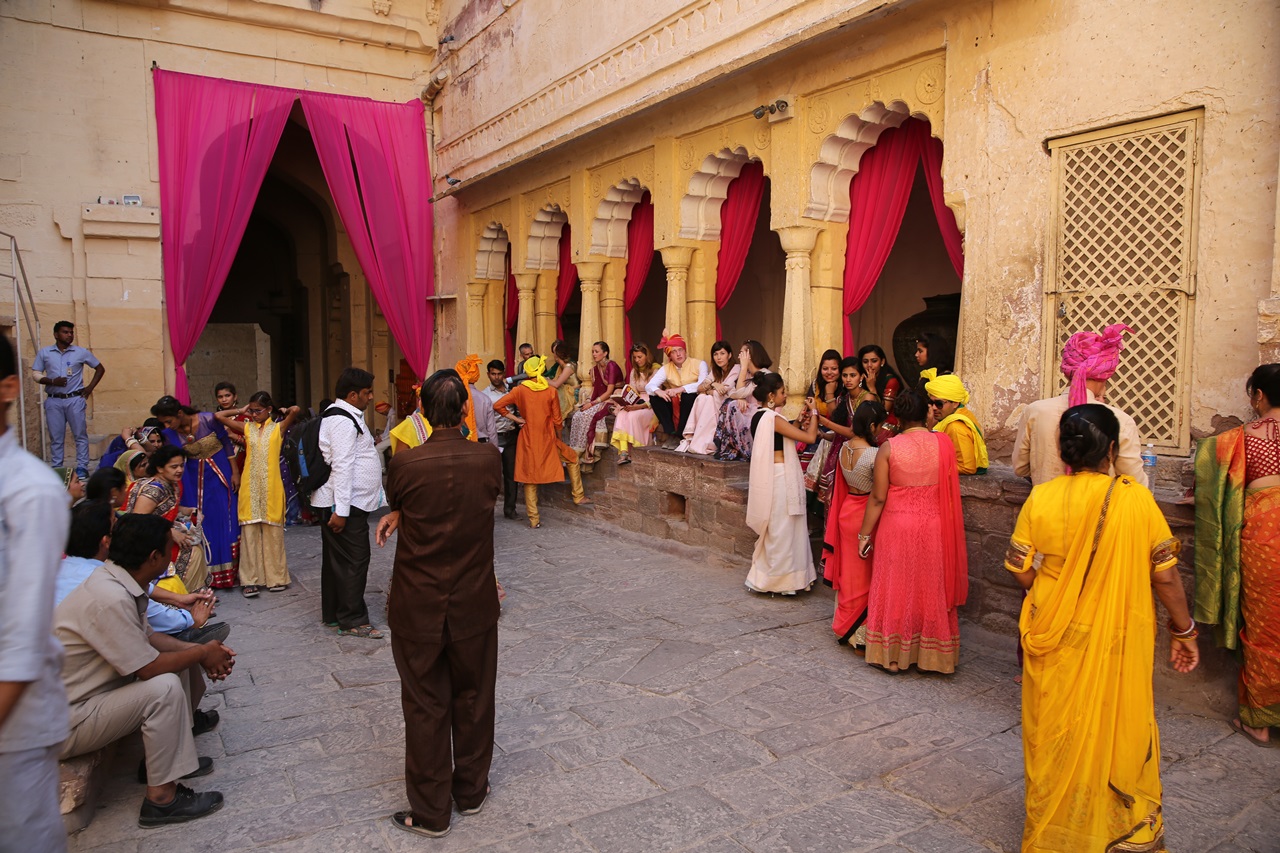 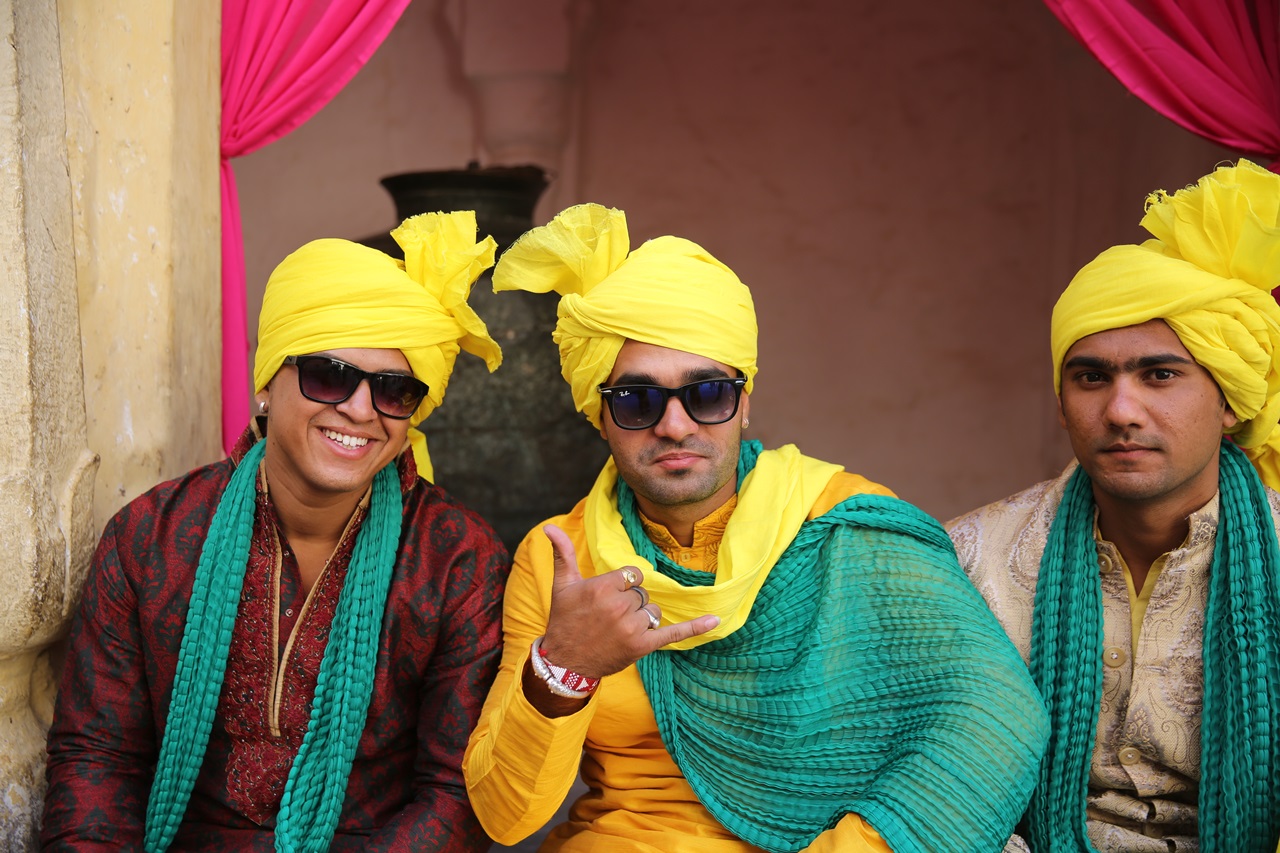 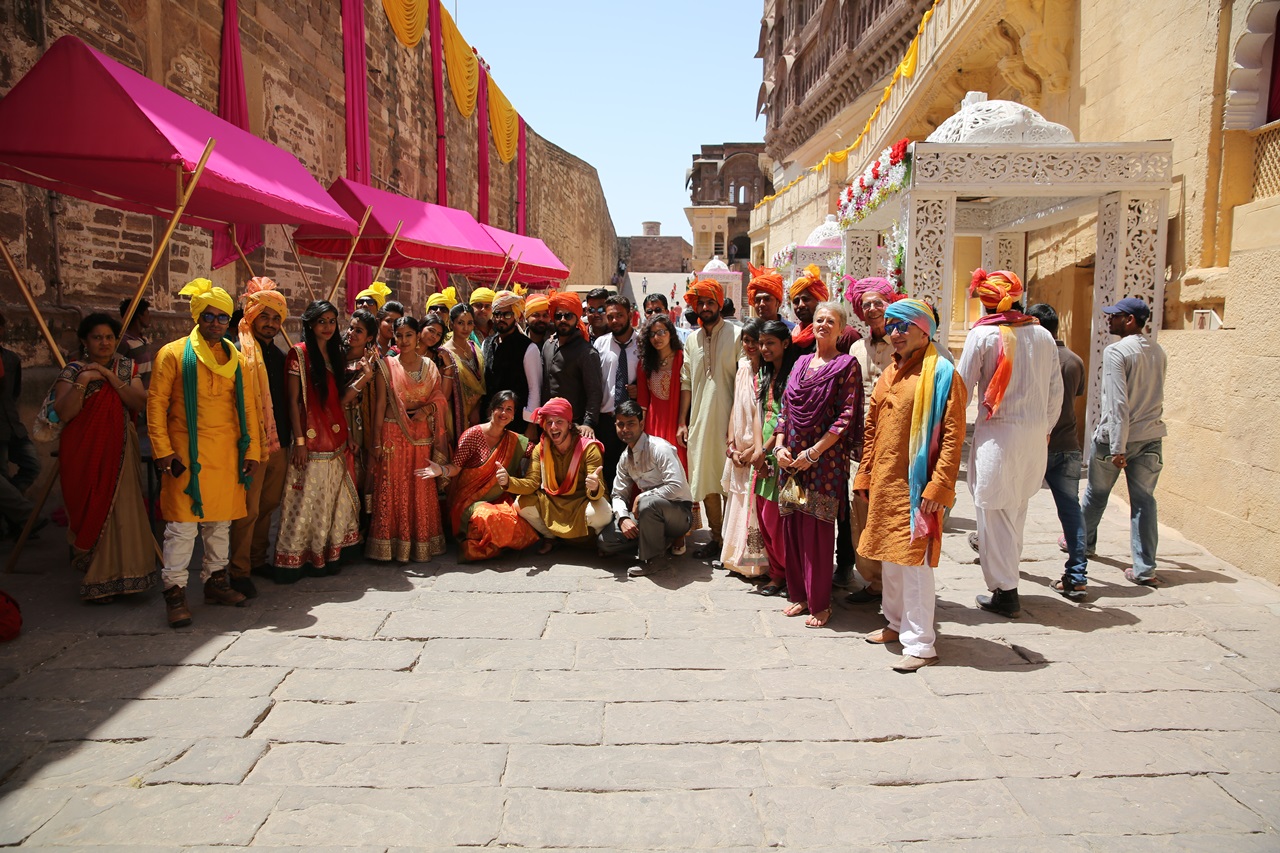 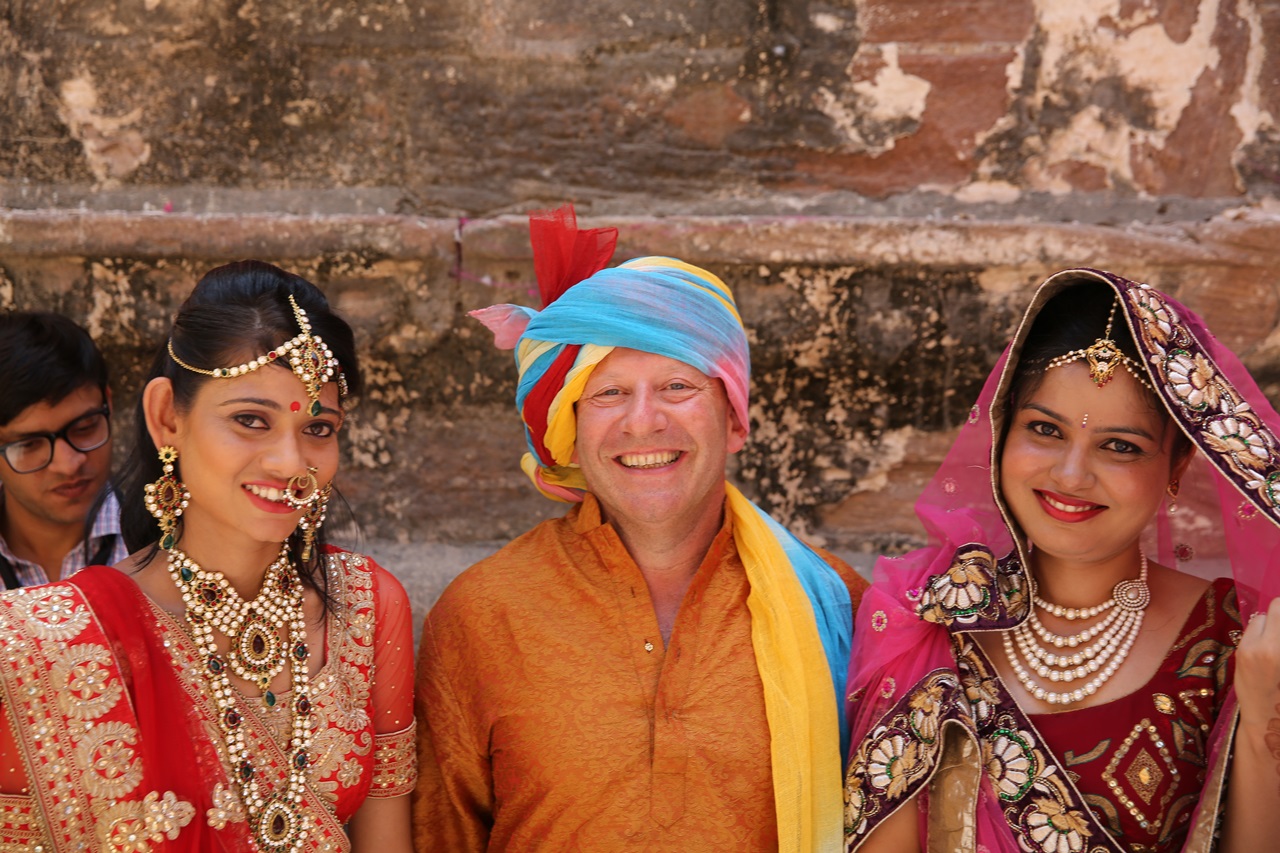 As always, the kiwi sunglasses had a special appeal, especially among young men. One or the other wanted to try them out and get themselves photographed. 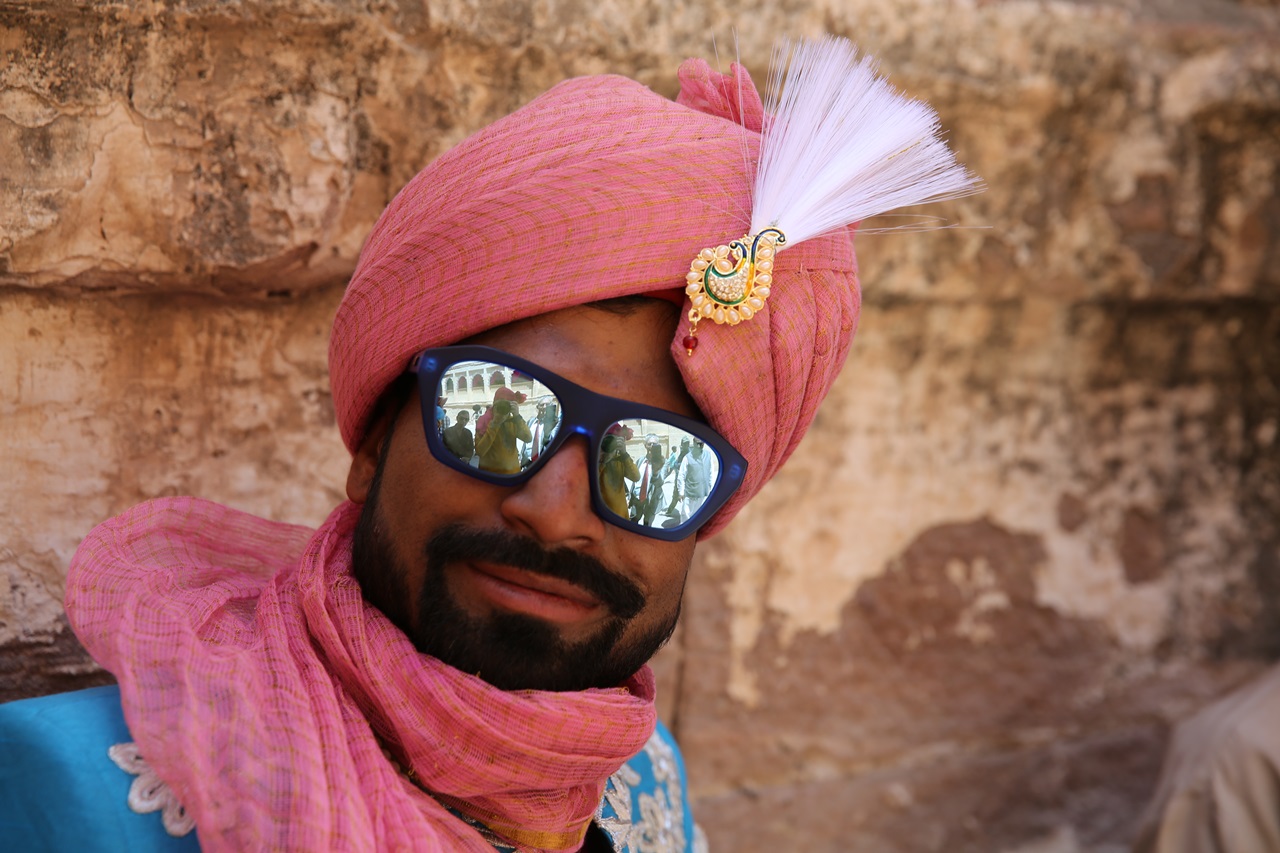 In the course of the morning, a photographer appeared who offered the young women to photograph them. I did not miss the opportunity to take photos with him when they pose. After we compared the first photos, I was beset downright of the girls that I should take photos of them. So easy you can get Indian beauties before the lens. 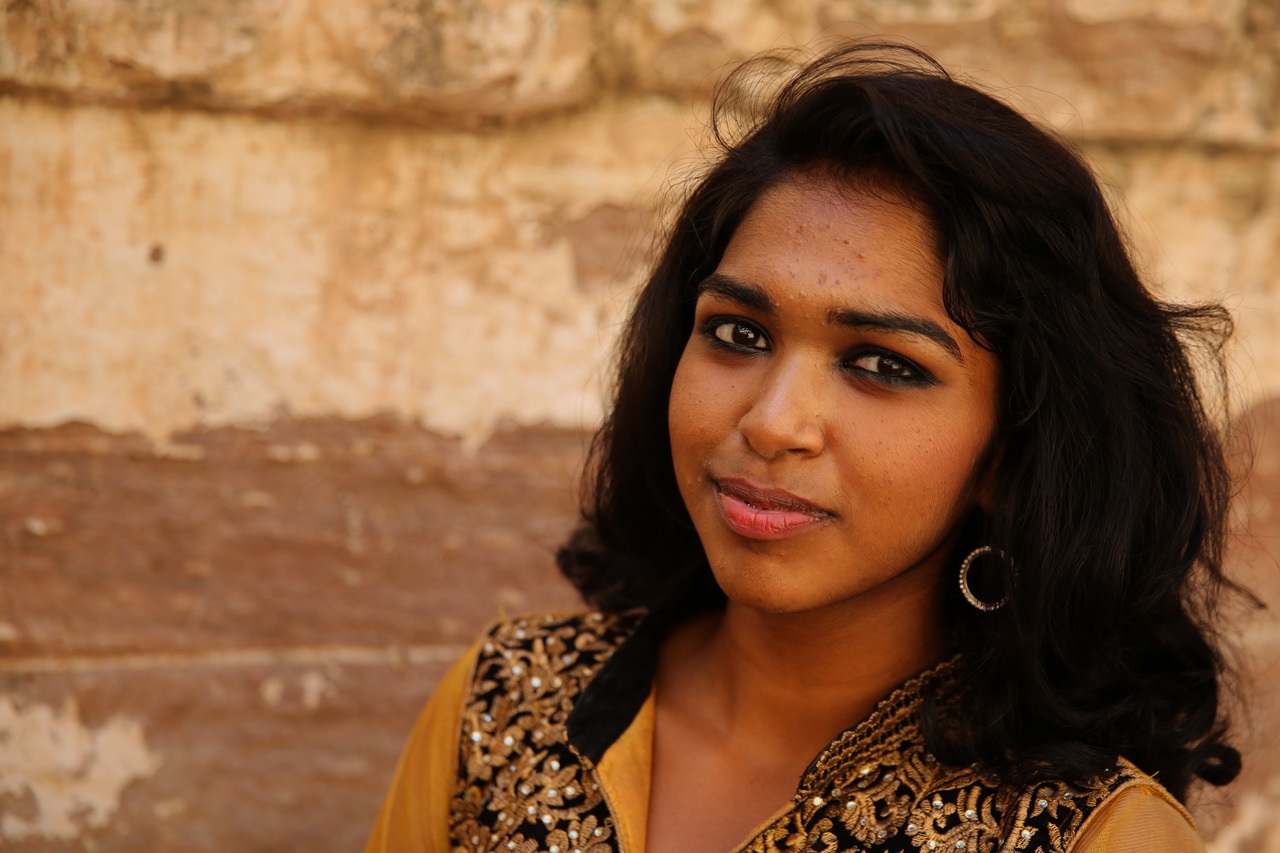 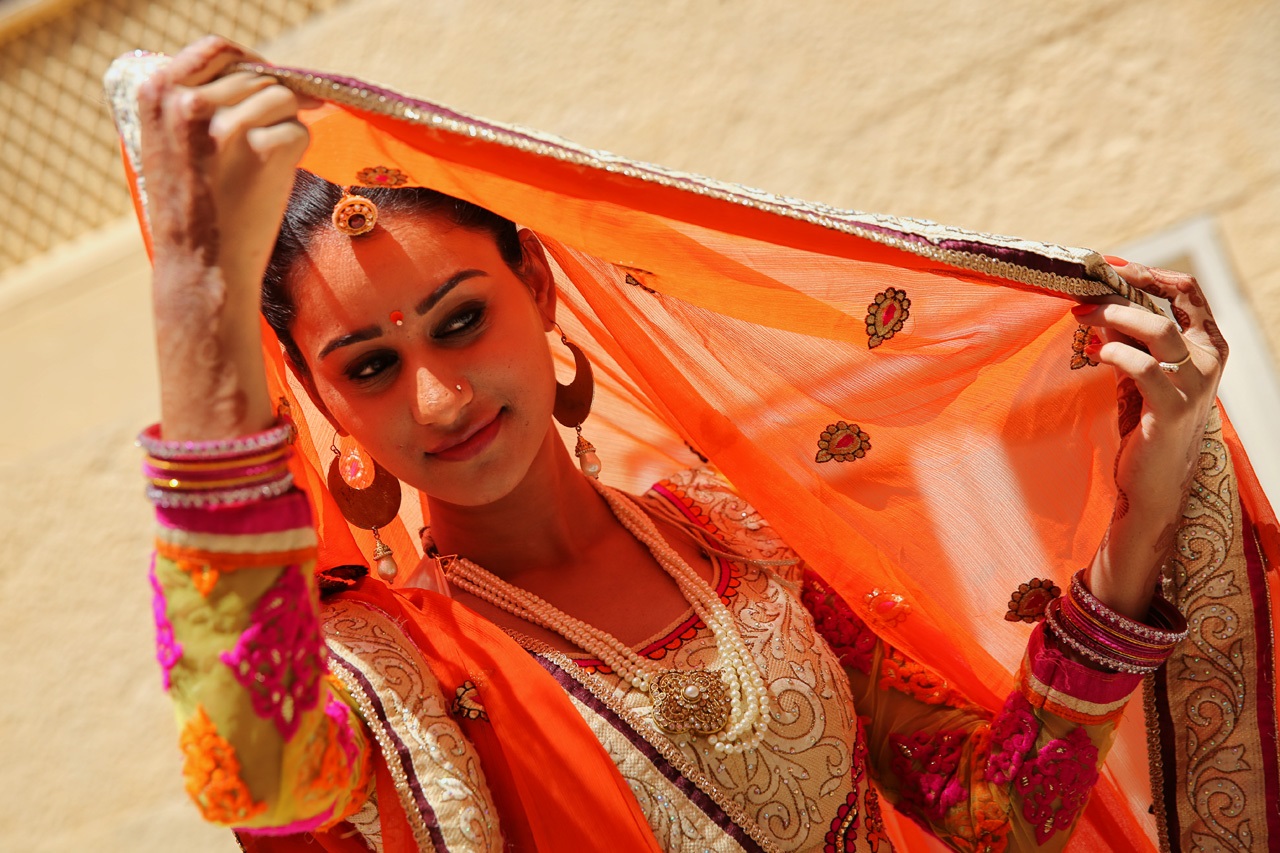 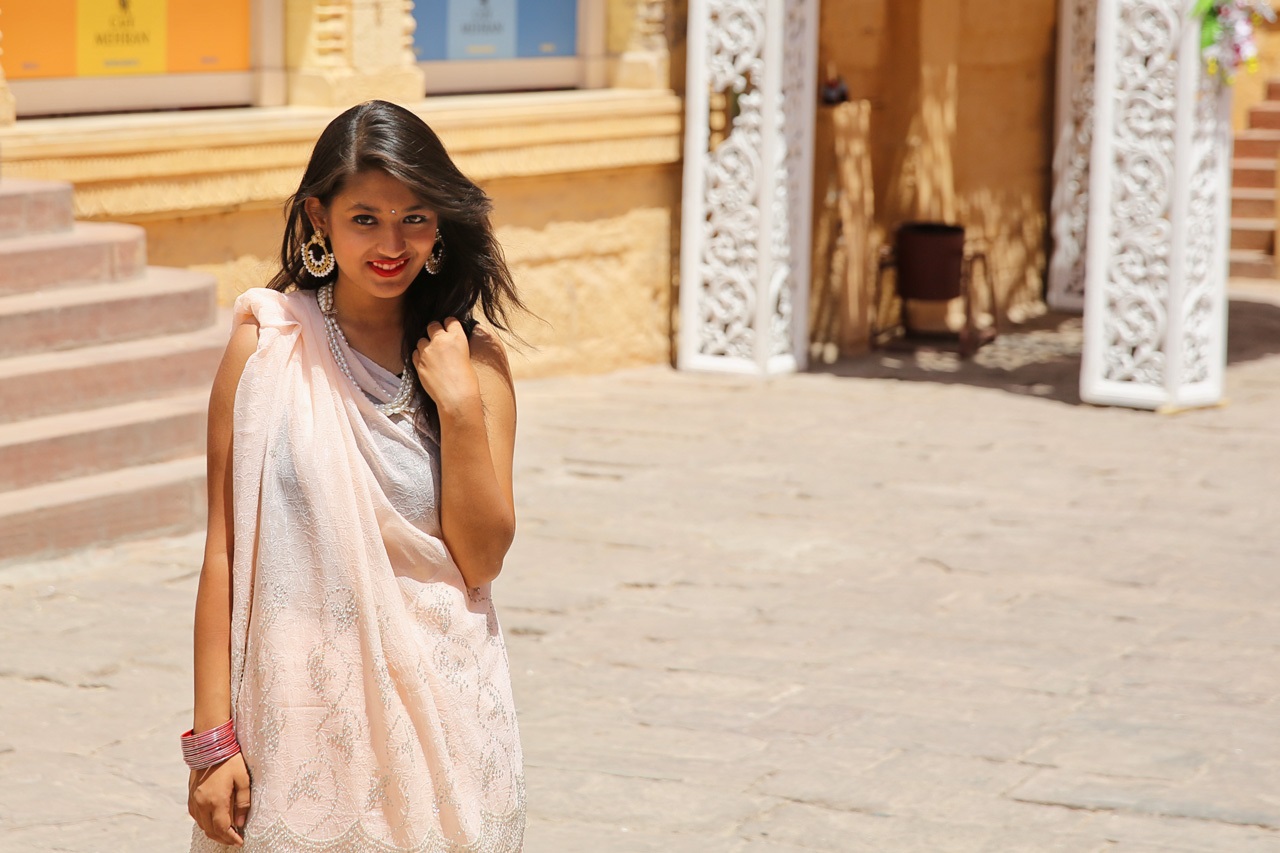 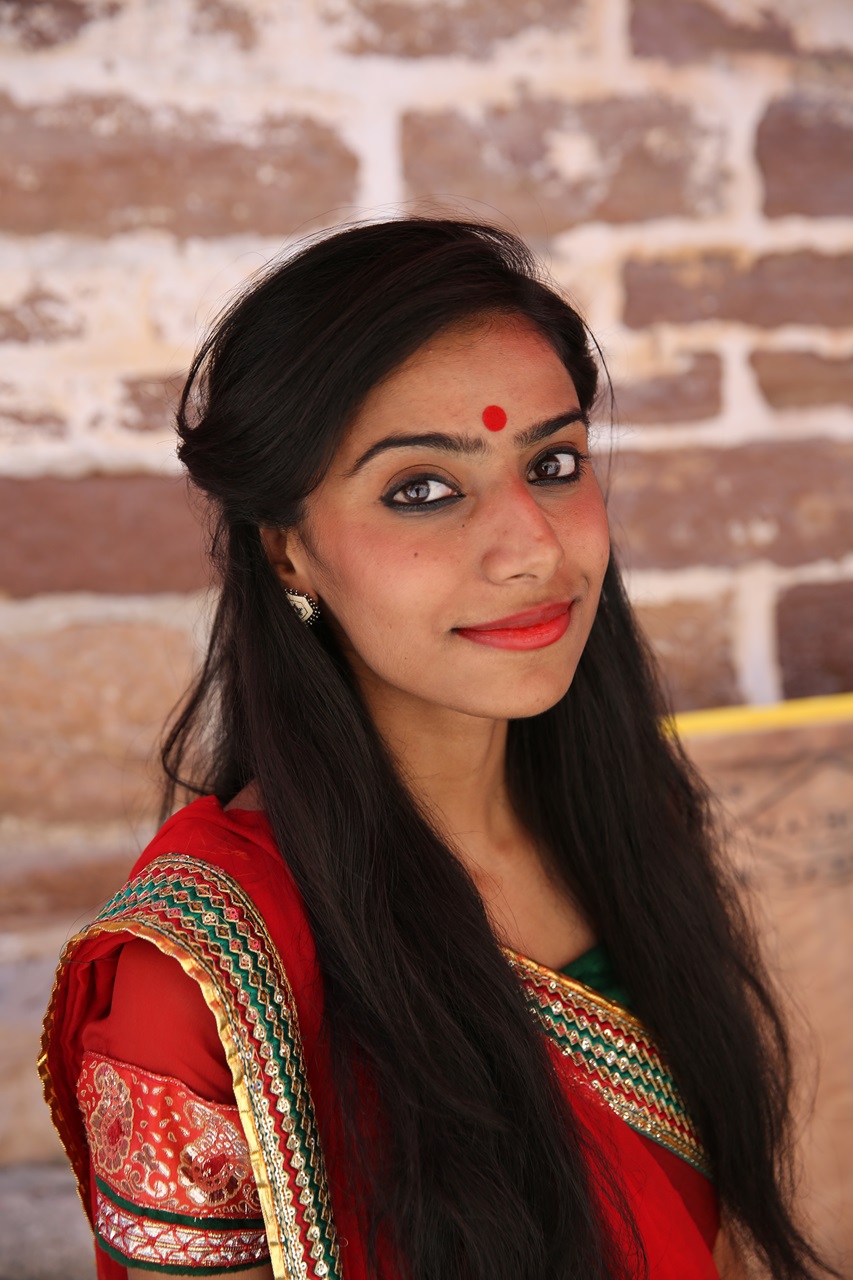 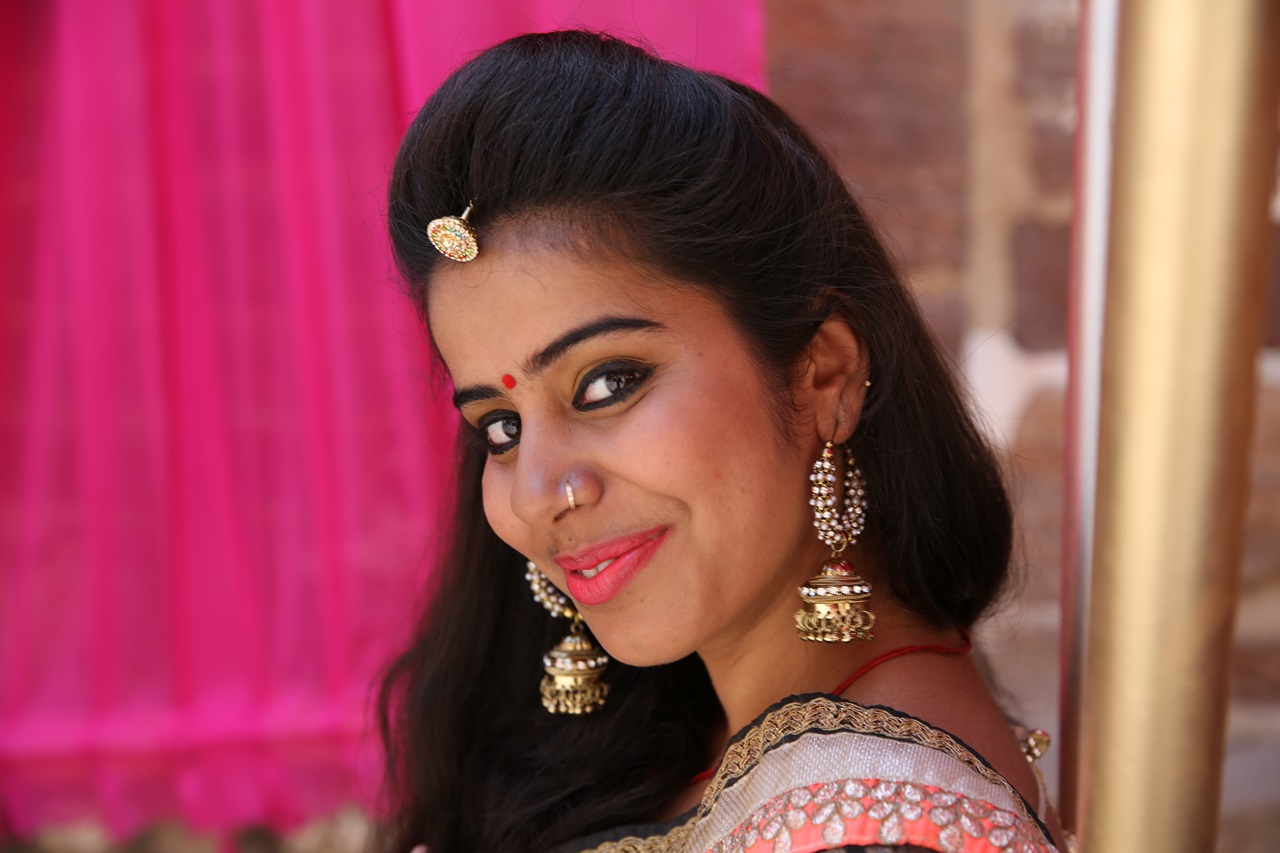 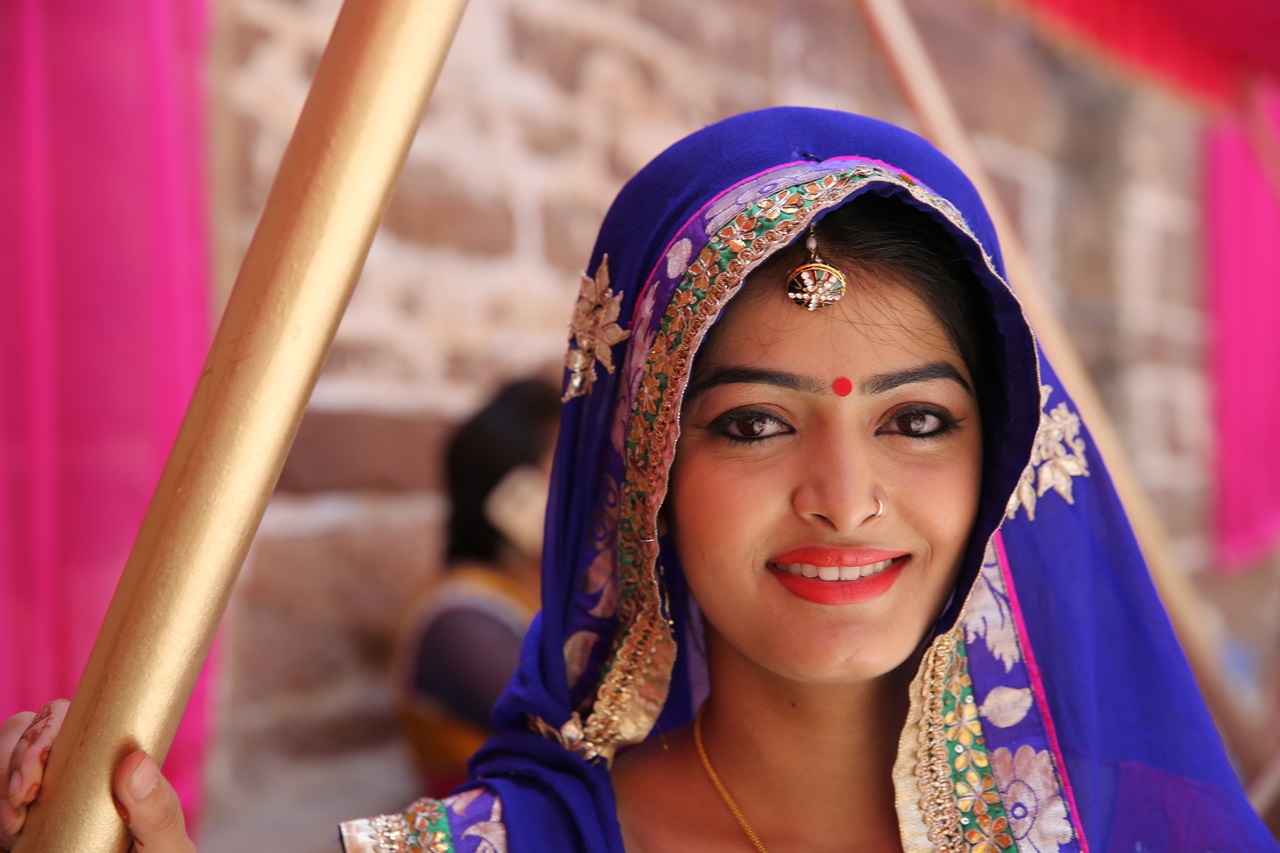 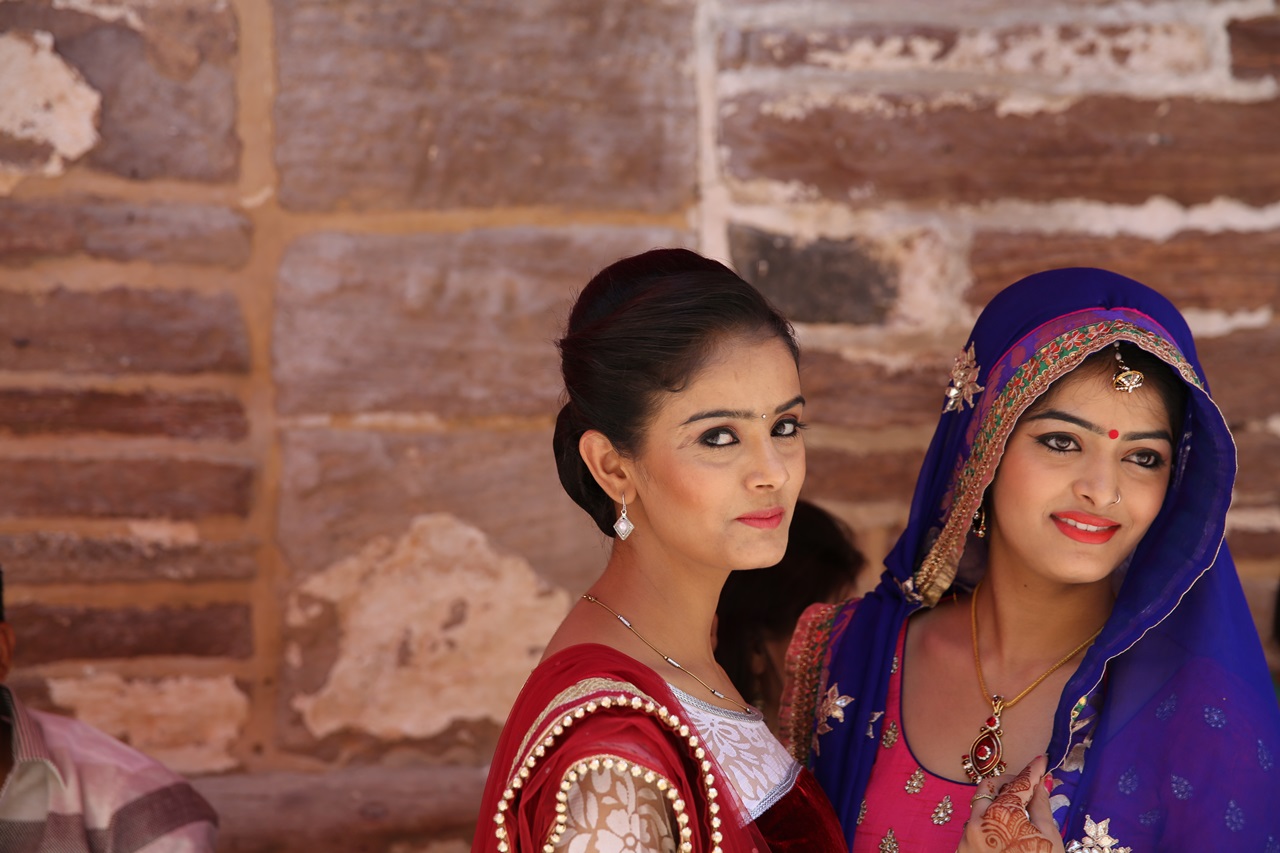 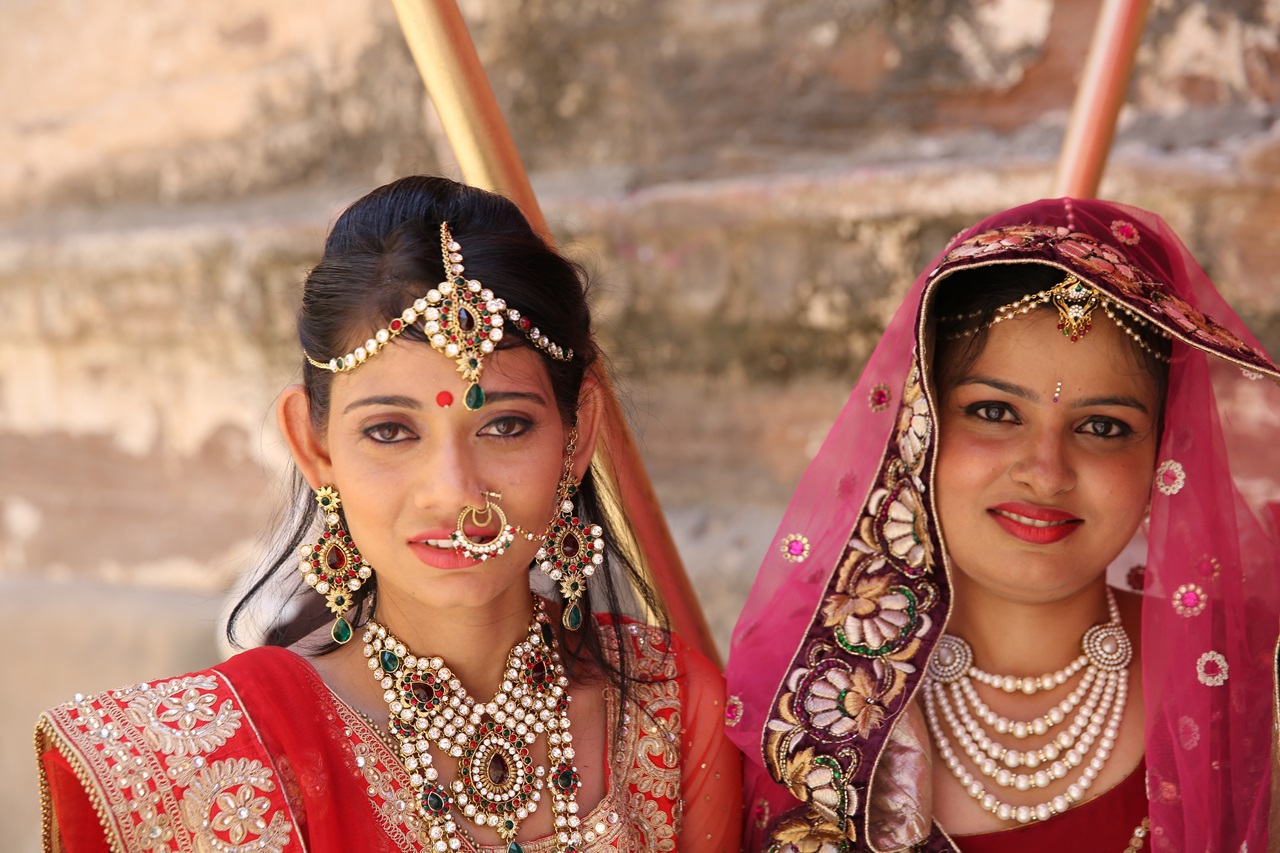 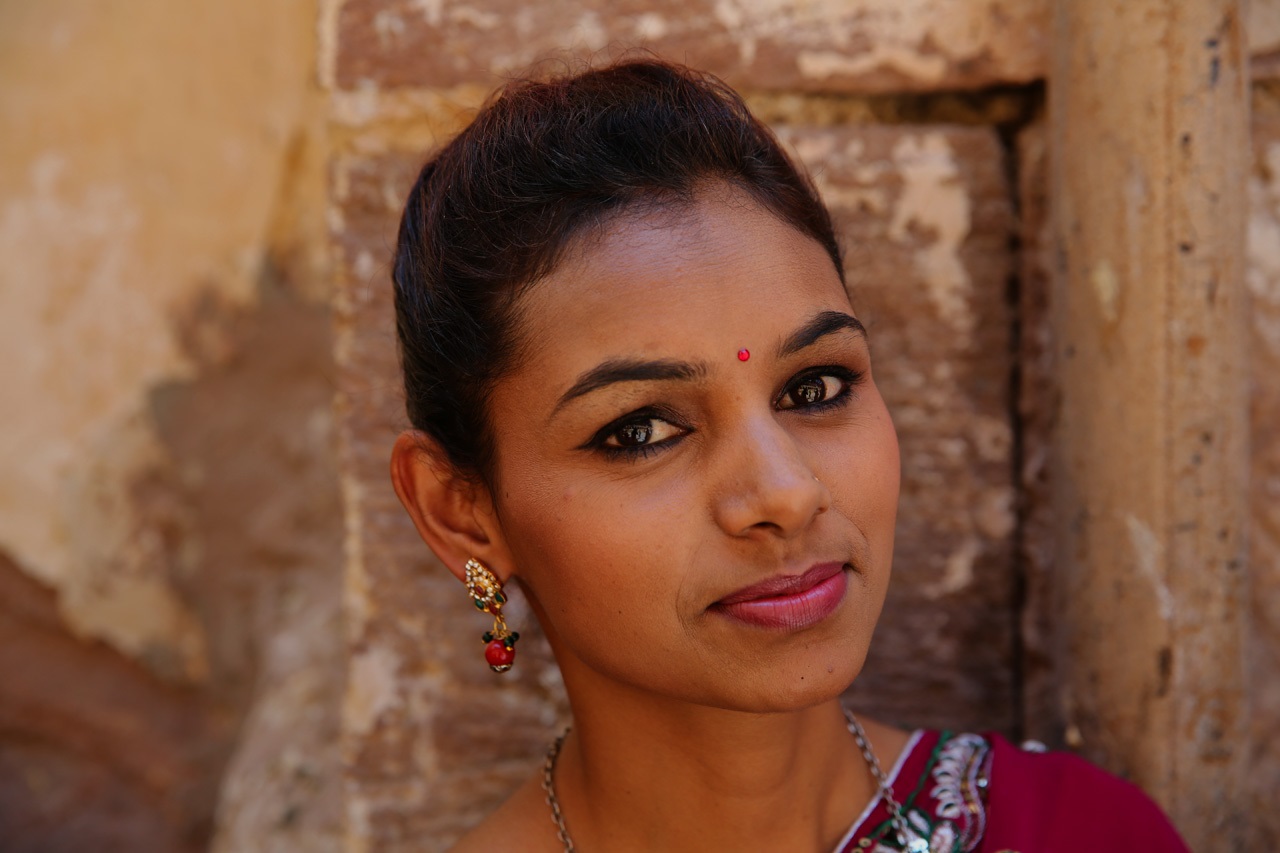 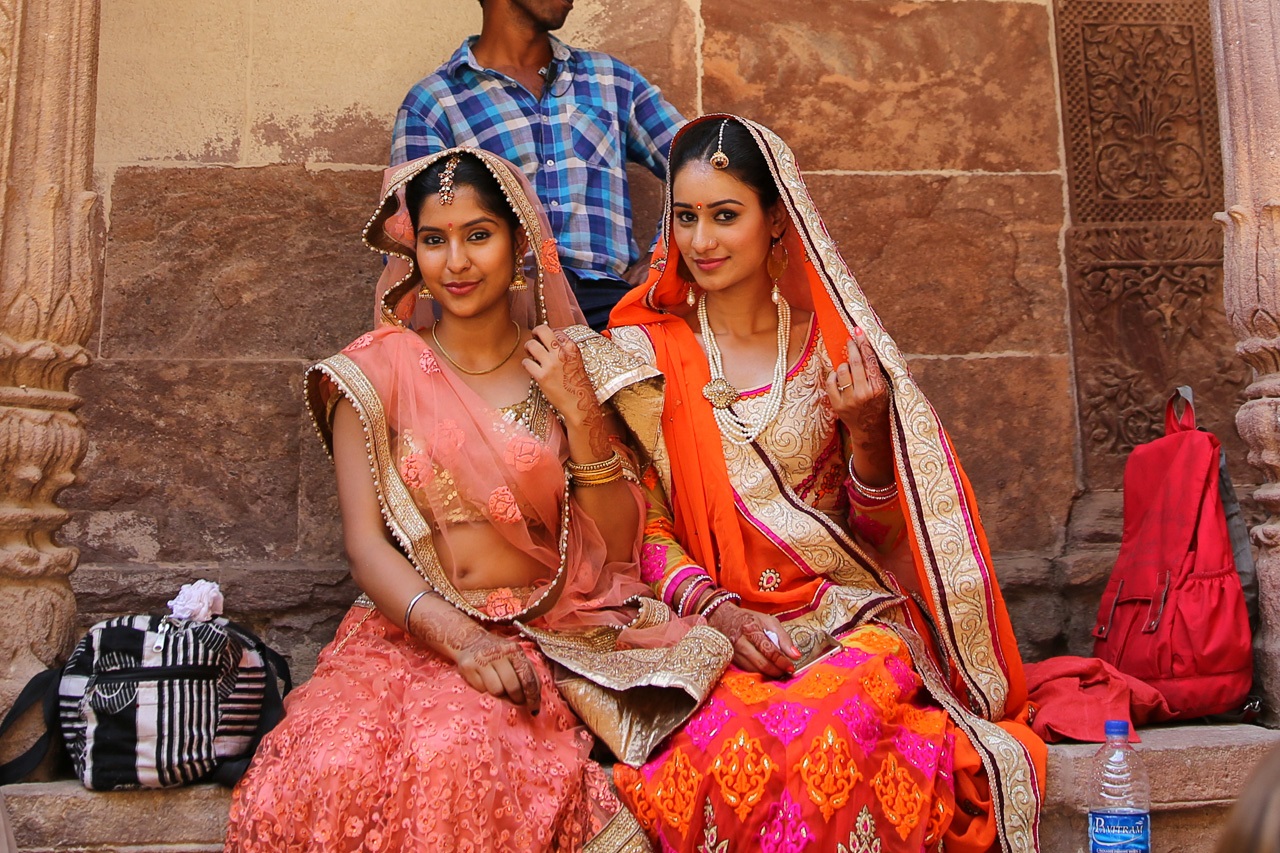 Right on the set photography was forbidden, the security staff ensured that I could not unpack my camera. Nigel had it a little easier with his I-Phone, he could secretly shoot a few photos. We extras were used in a wedding scene as wedding guests. I had to pursue my „favorite job“ like most others – I’d to dance the whole afternoon. Countless repetitions of the shoots to the constantly same music made the whole thing a bit boring. 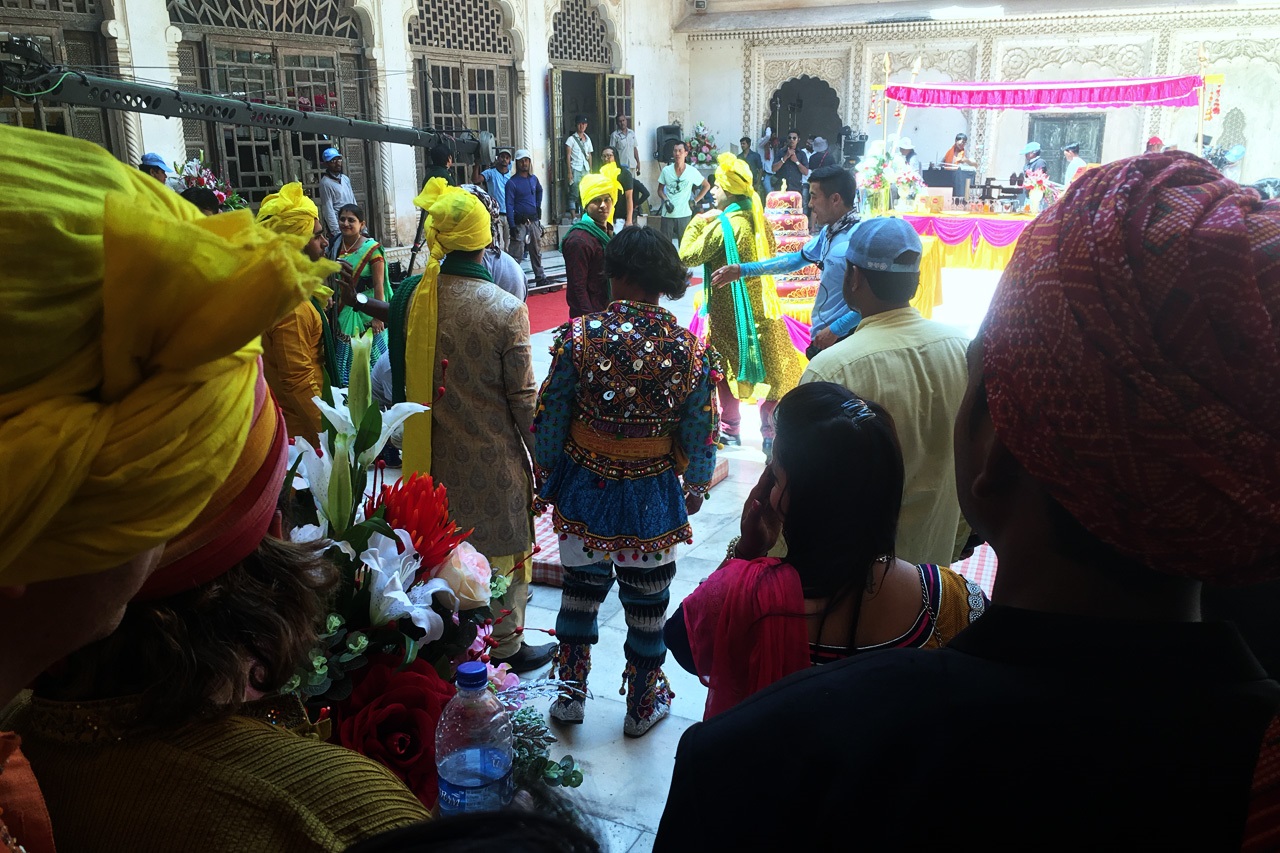 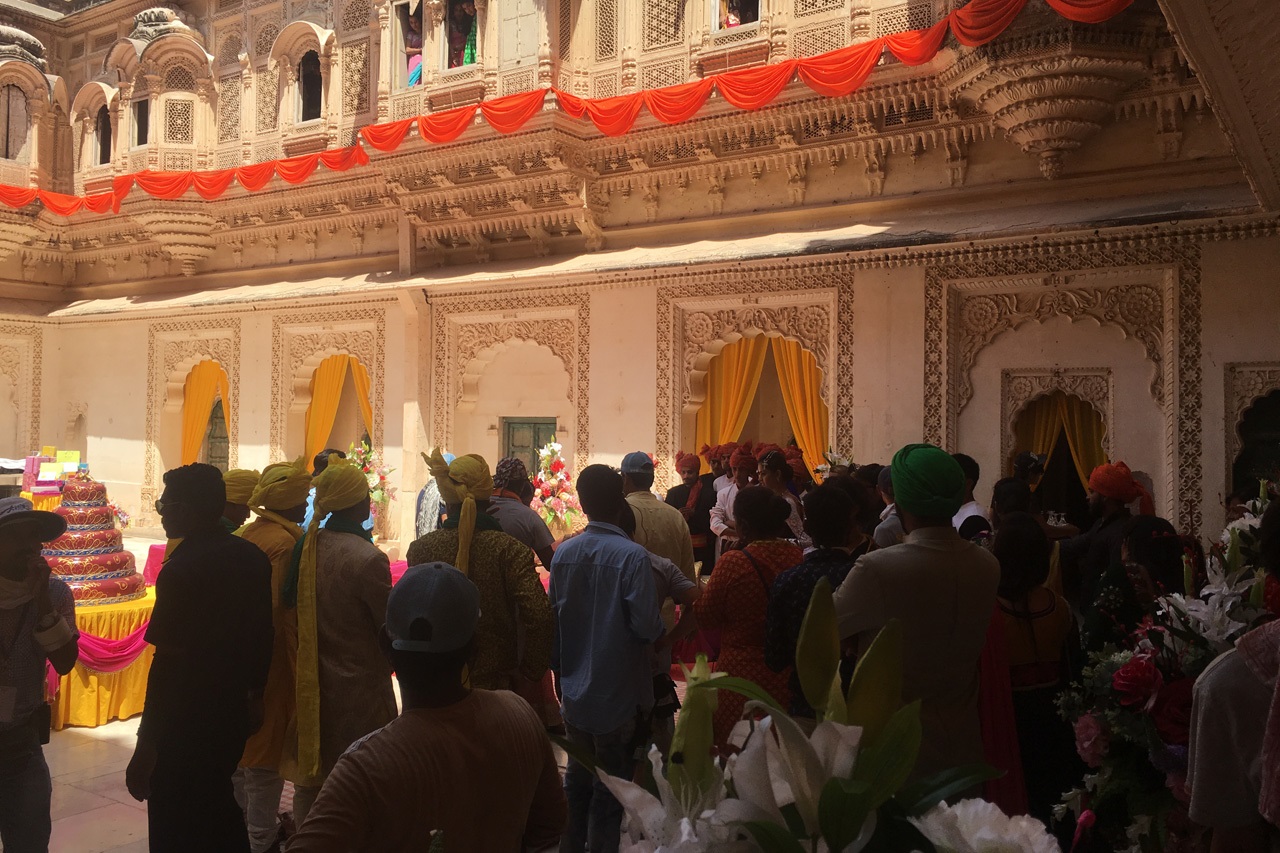 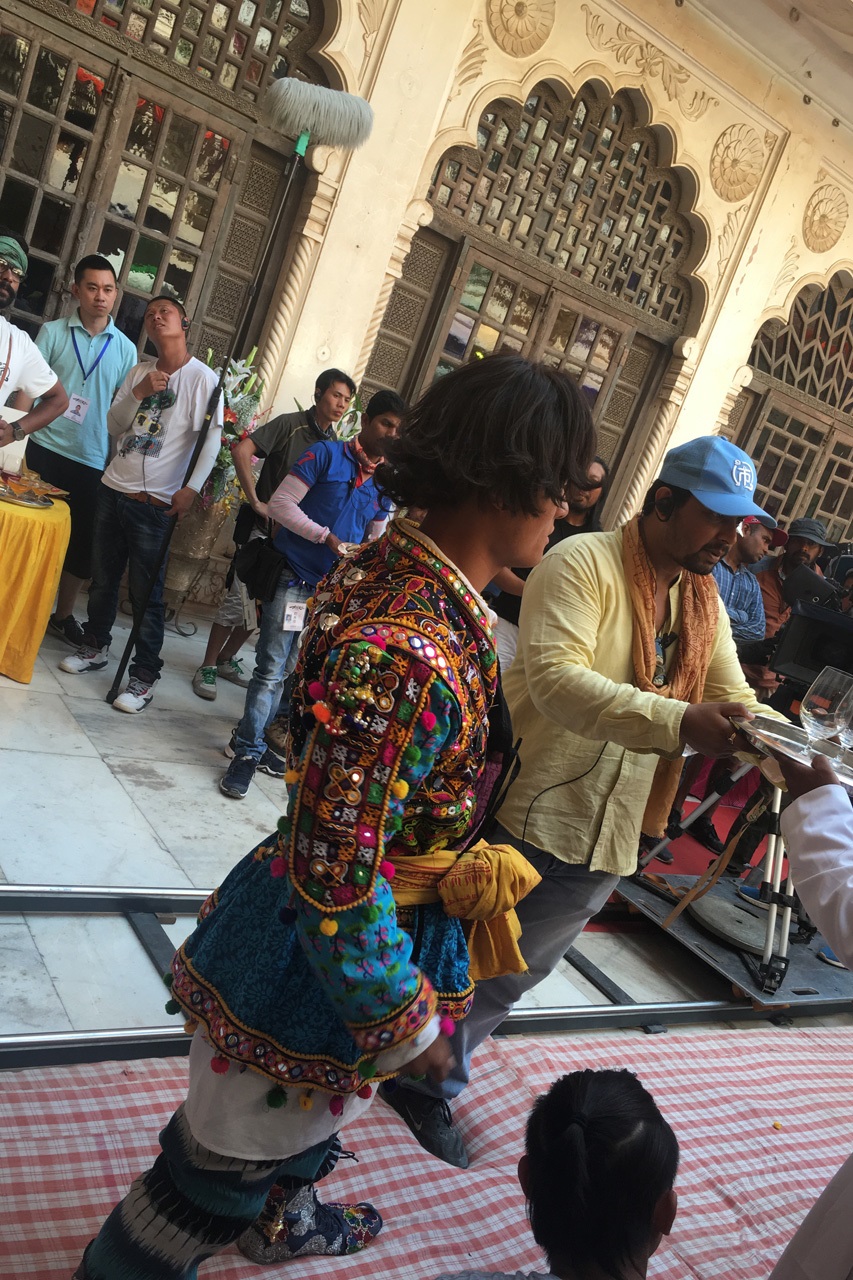 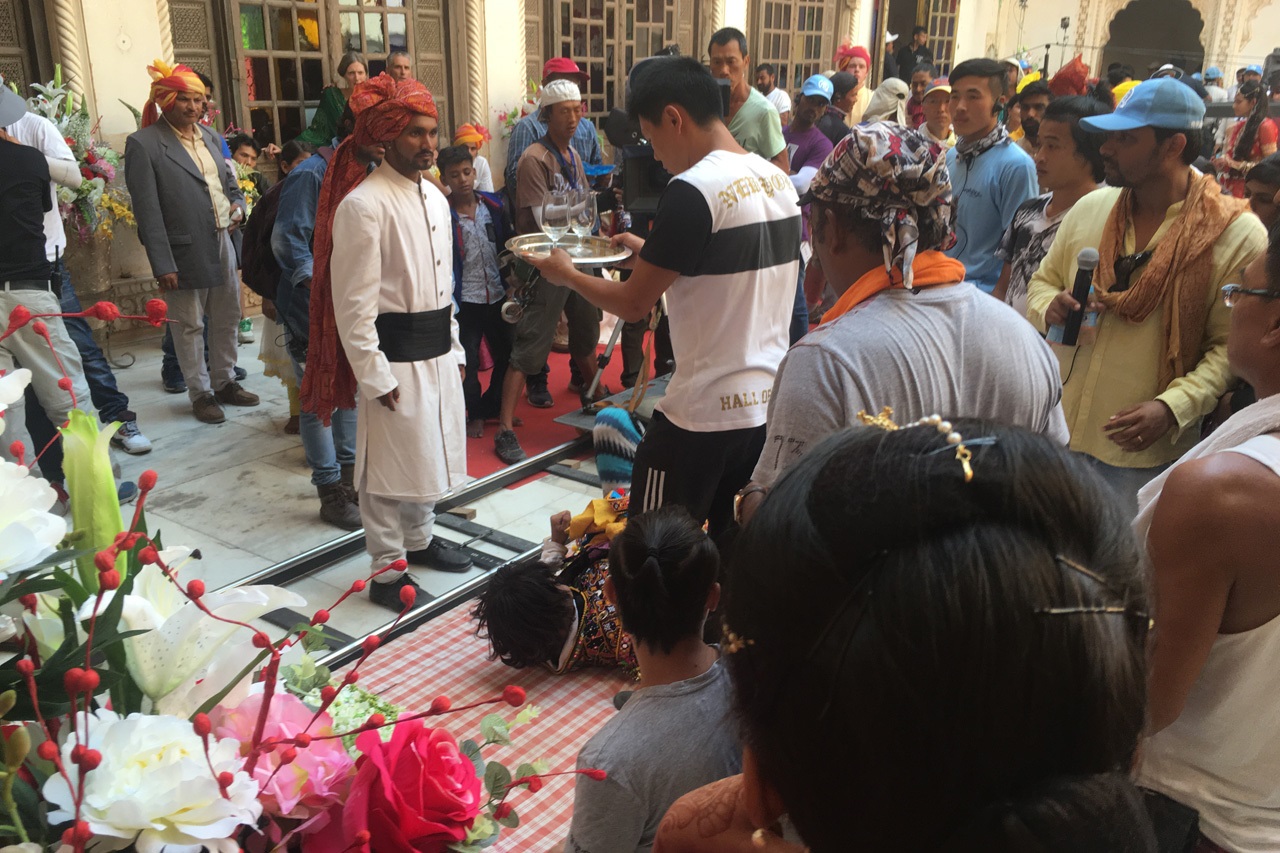 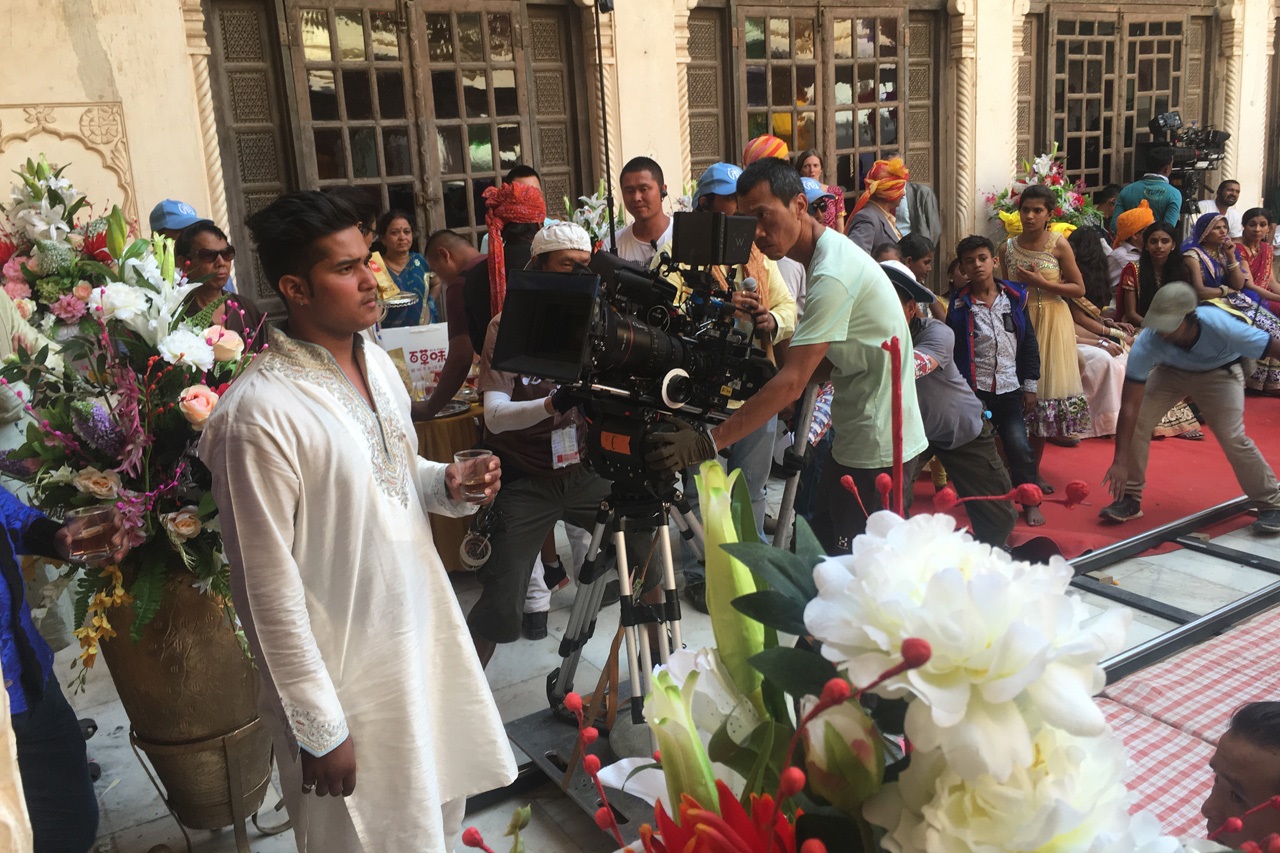 After the shooting day we were asked if we would not return the next two days. We gratefully declined, because for us it goes into the desert to the west, to Jaisalmer.