Northern of Queenstown is the Lake Wanaka with the village Wanaka. For me it was as beautiful there as in Queenstown, only a lot quieter, less touristy. Again there was a mountain to go up during a day hike and had a great view over the lake and the surrounding areas. In the meantime Carsten and I were a well-rehearsed team when hiking and could keep a relatively high speed even on longer ascents. Therefore, such day trips never took longer than 6, maximum 7 hours. 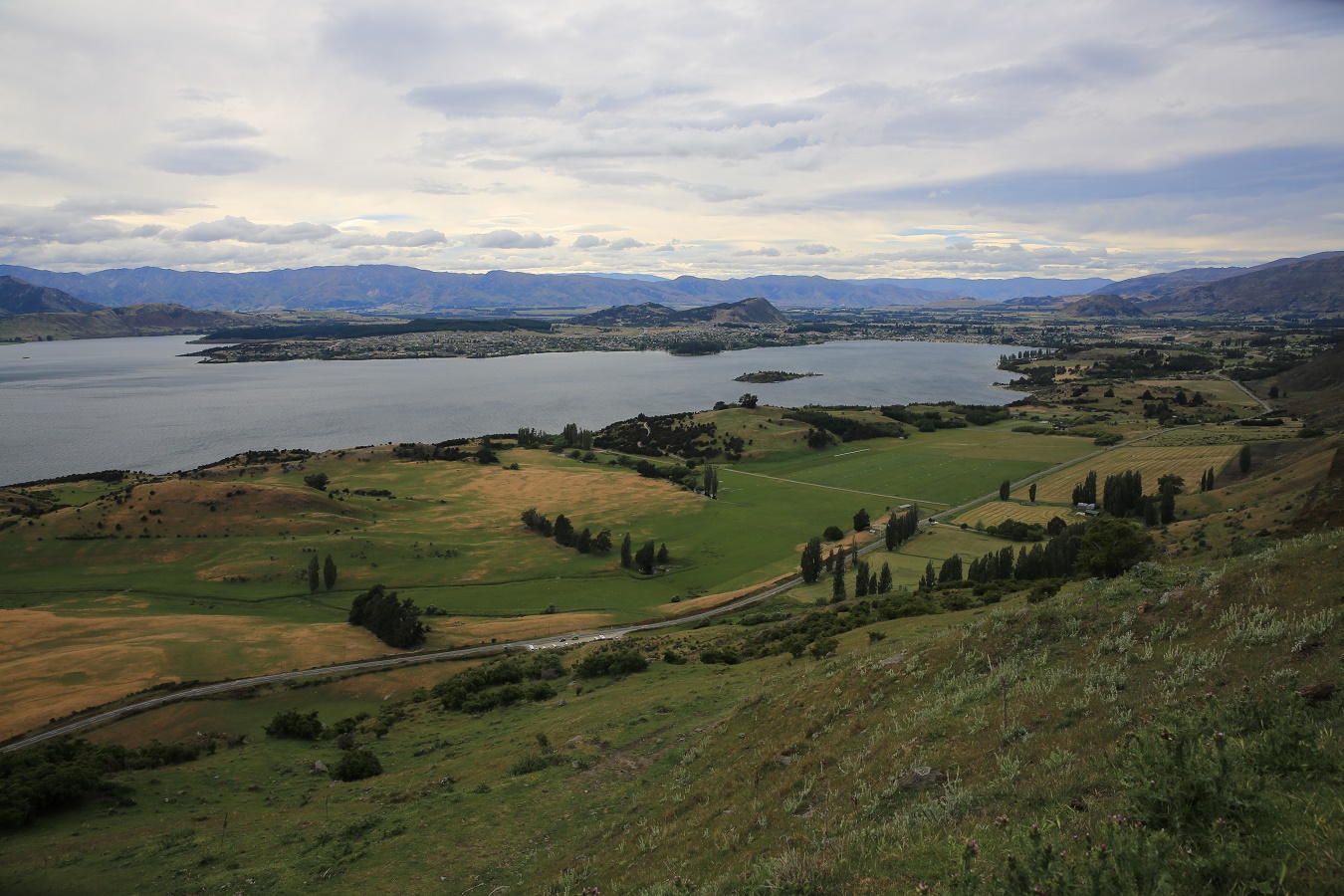 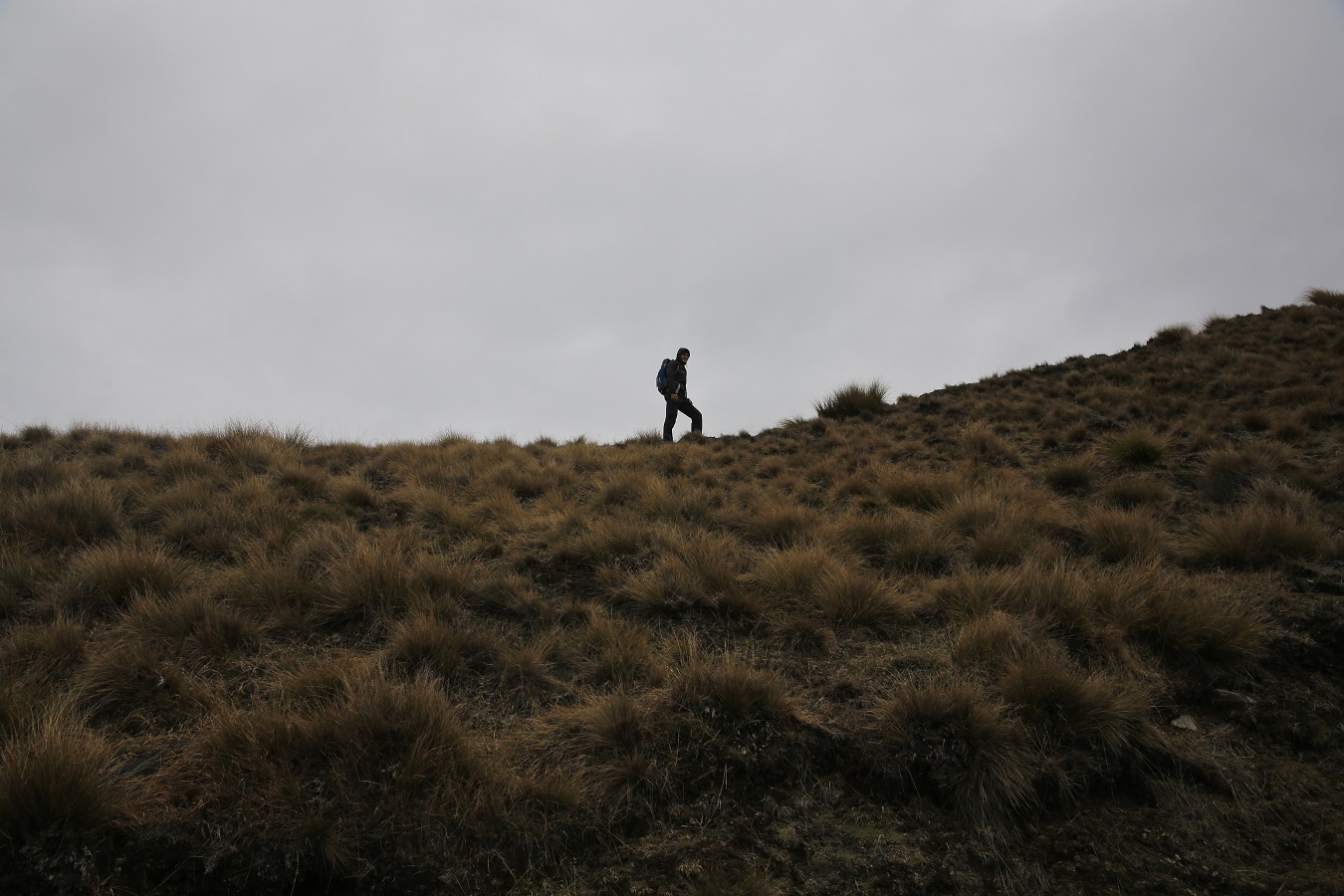 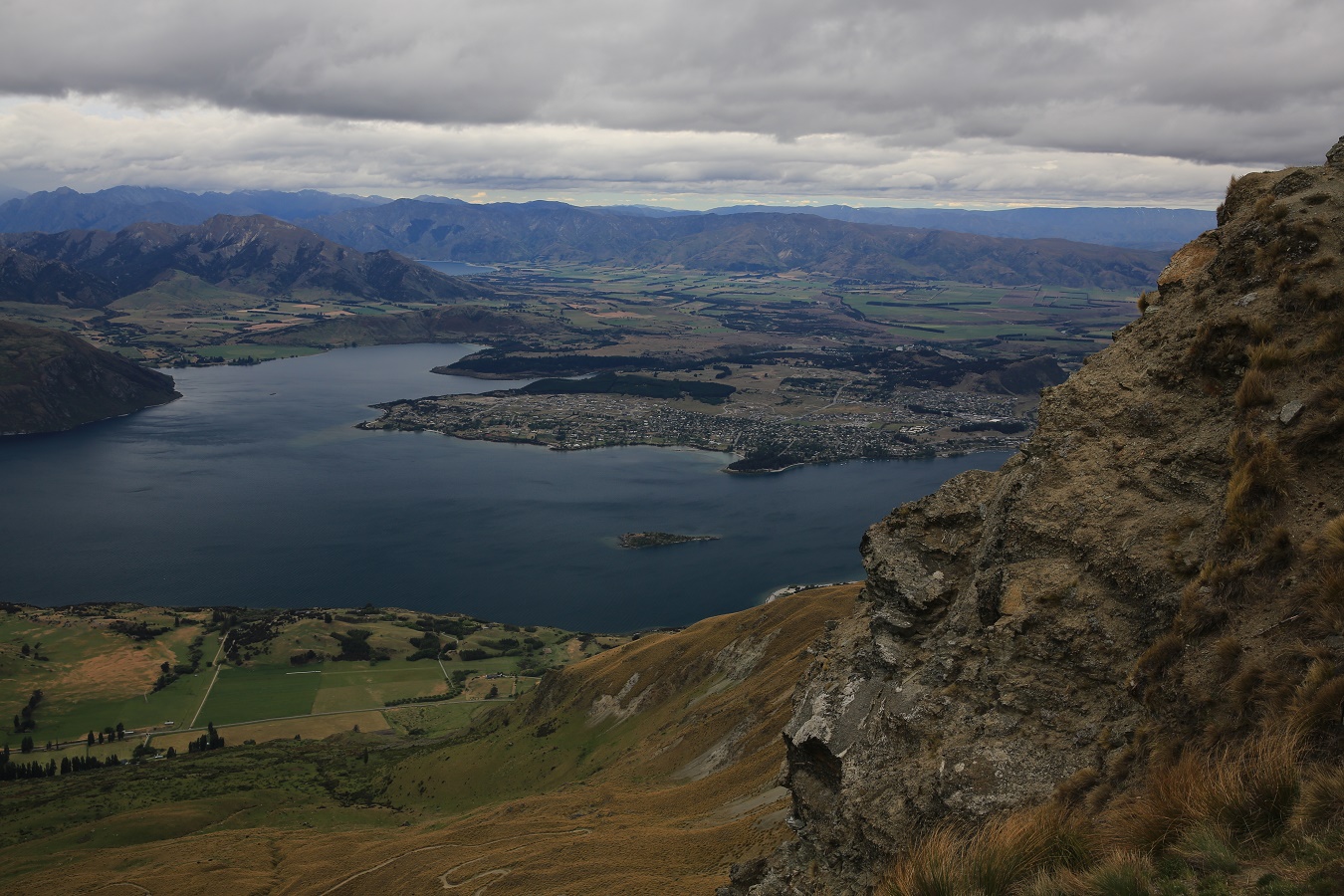 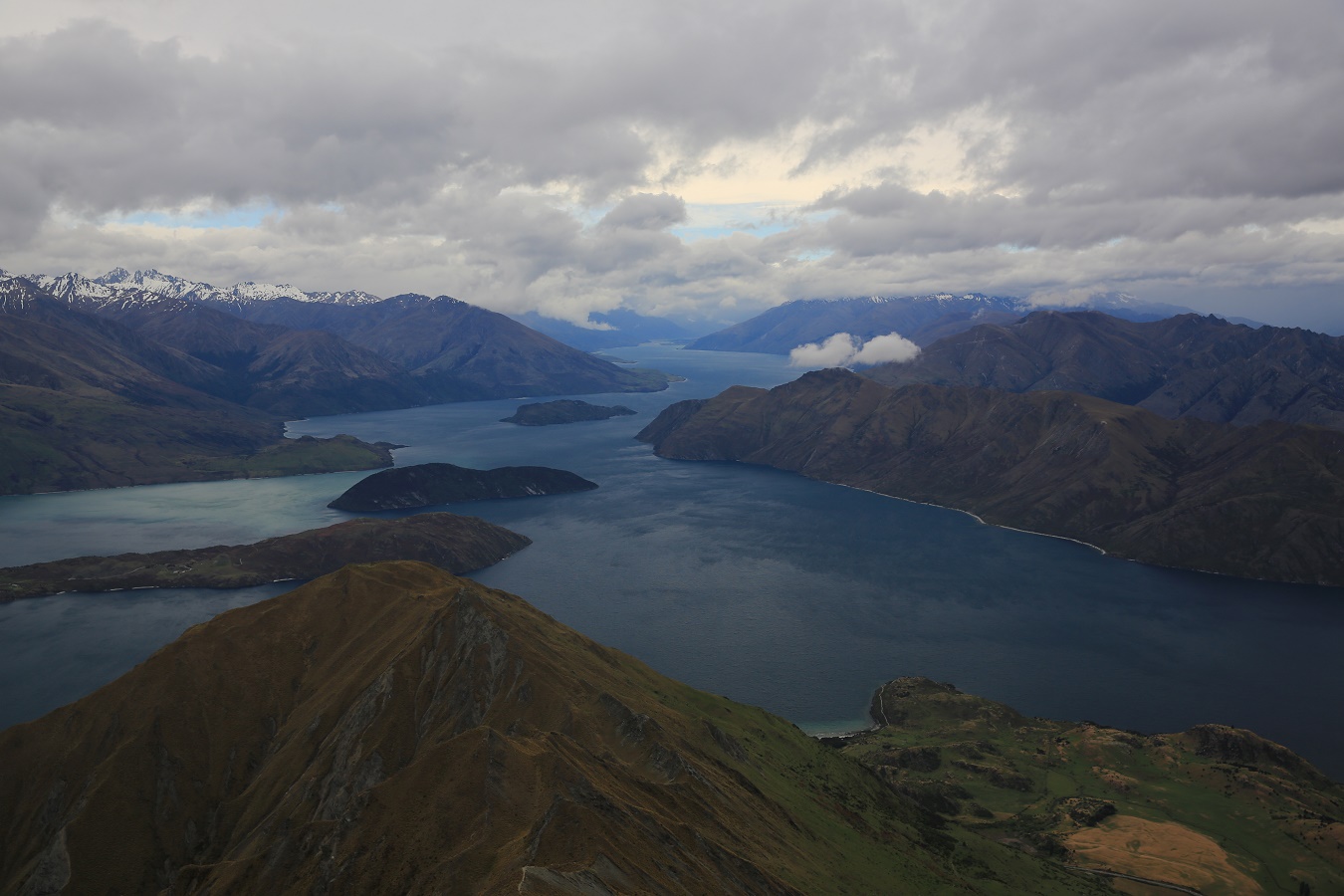 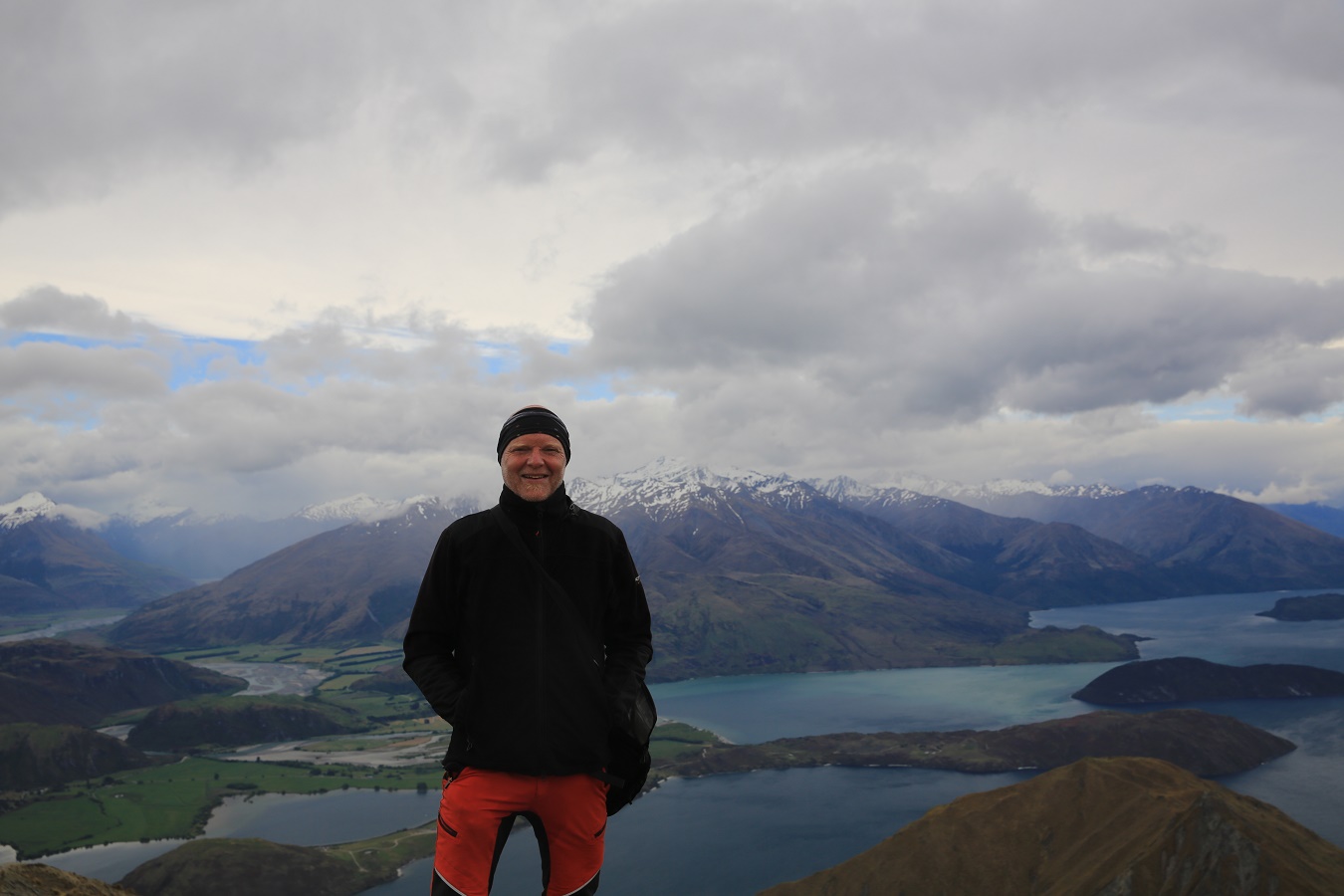 During December the weather here on the South Island was actually always bad – we had frequent rainfall, mostly cloudy and the few days with sunshine could be counted on one hand. I had thought that it couldn’t get any worse after the Fjordland National Park. The closer we came to the east coast to the Tasman Sea, the more intensive the rain became. The few days when it was “only cloudy” were a relief and had to be used intensively.

The two big glaciers calving from Mt. Cook on the coast towards the sea were the destination of numerous, mainly Asian tourists despite the adverse conditions.

However, the Franz Josef Glacier and the Fox Glacier suffer the same fate as all ice masses on our earth – they are melting away incessantly due to global warming. This was very interesting to observe for both of them – you could walk for miles through scree slopes where the glaciers were only a few years ago. 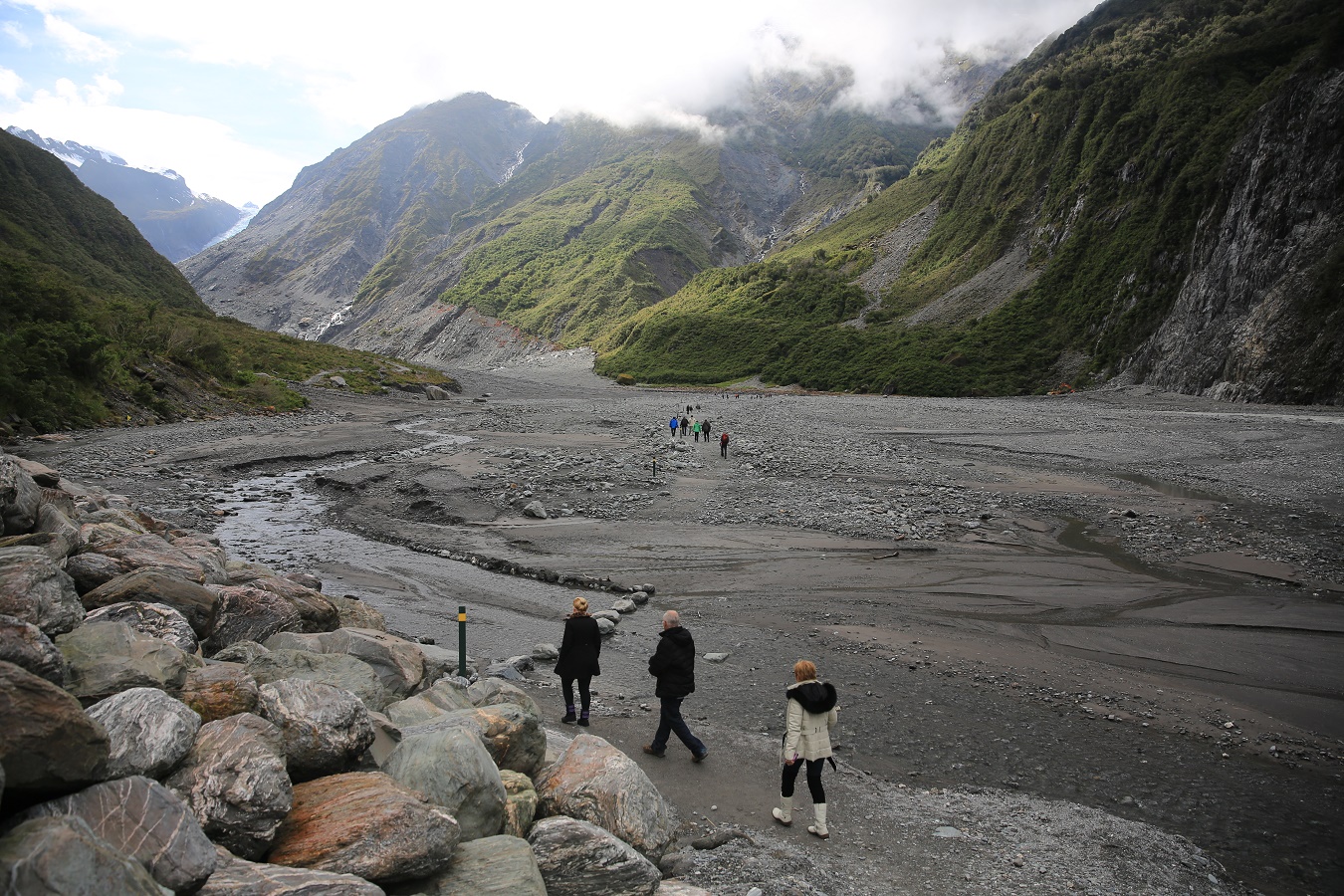 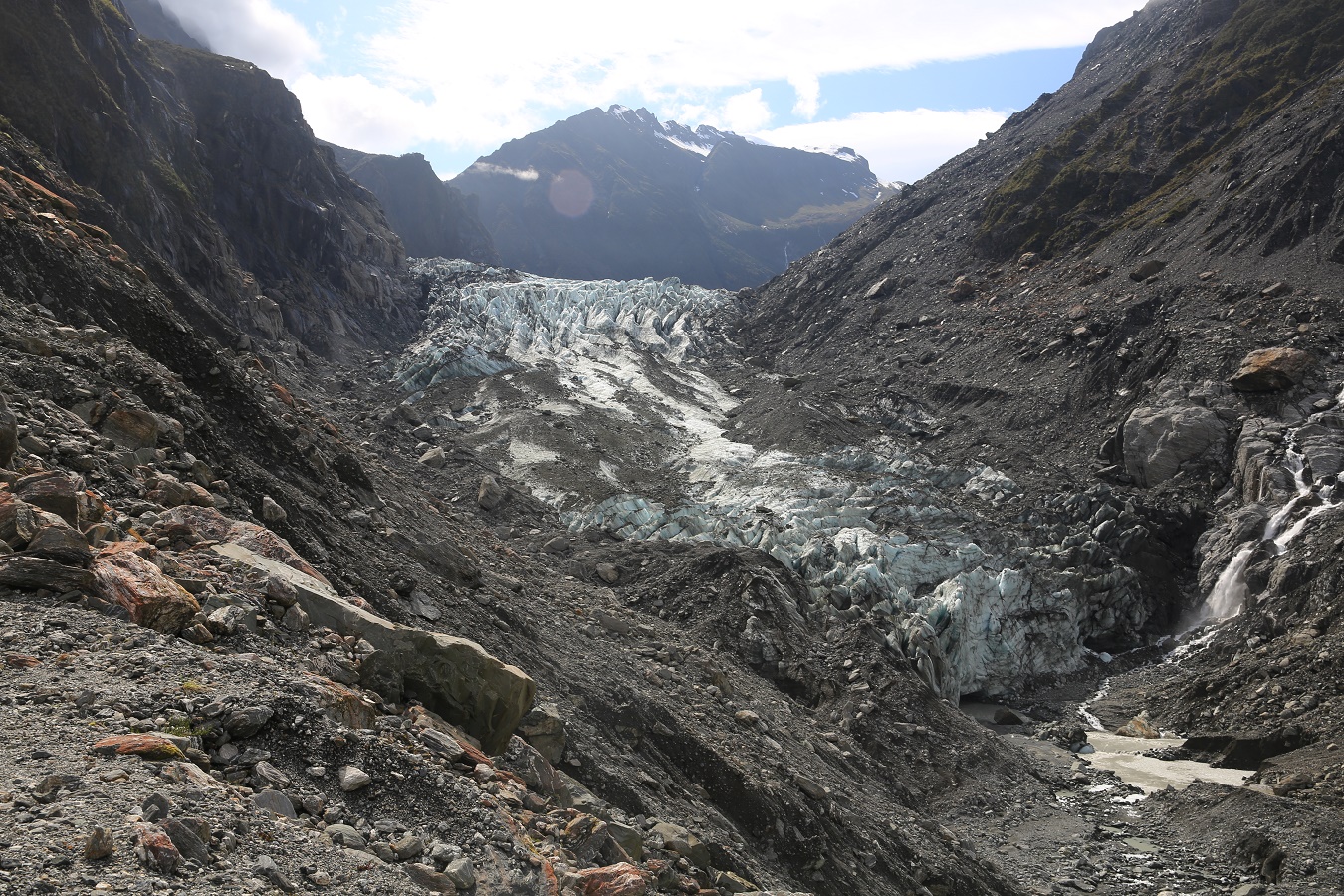 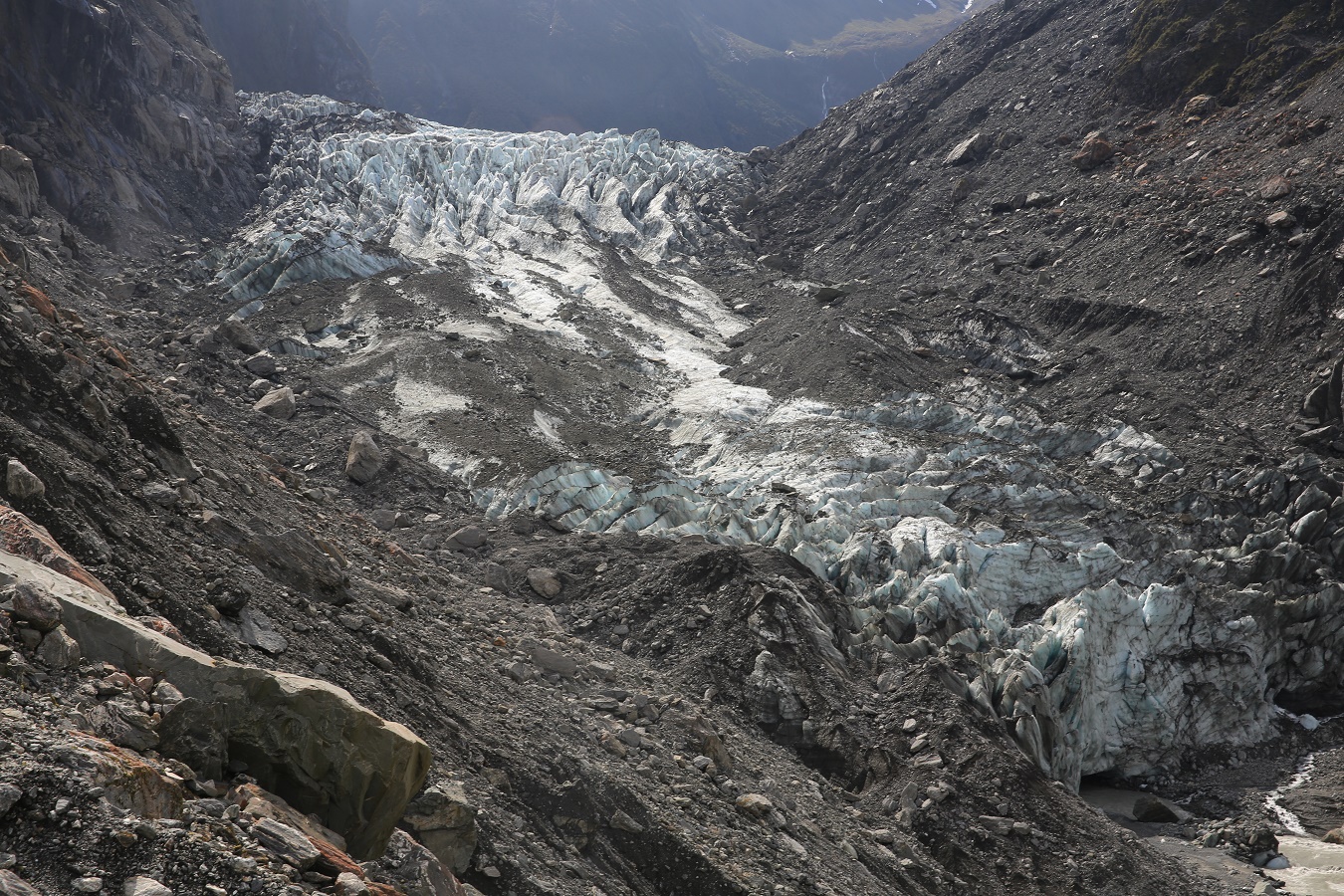 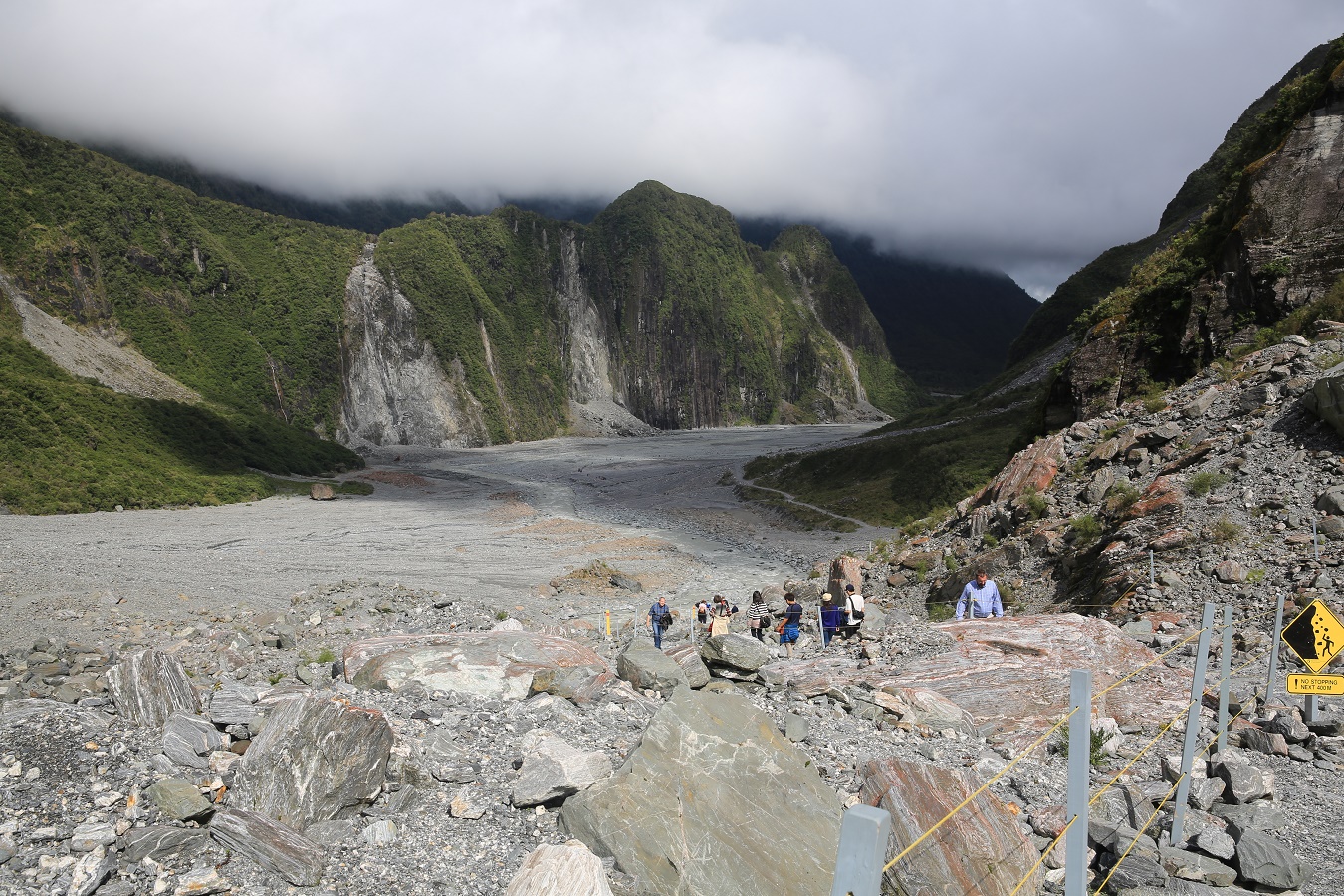 Particularly tragic was the accident that had happened 5 days before we arrived at the Fox Glacier: A helicopter with 7 people on board had crashed during a glacier tour – unfortunately all passengers of the plane died. 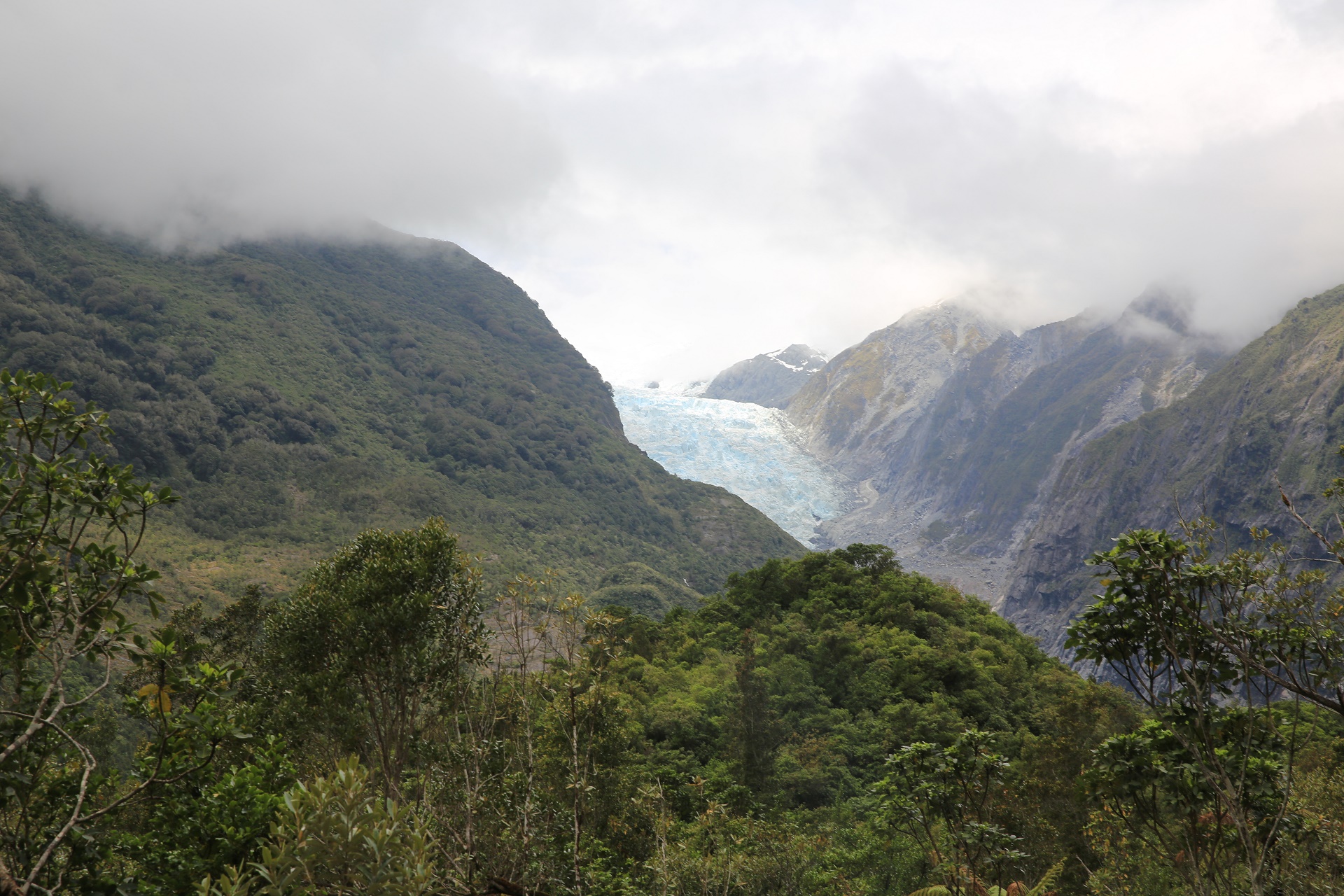 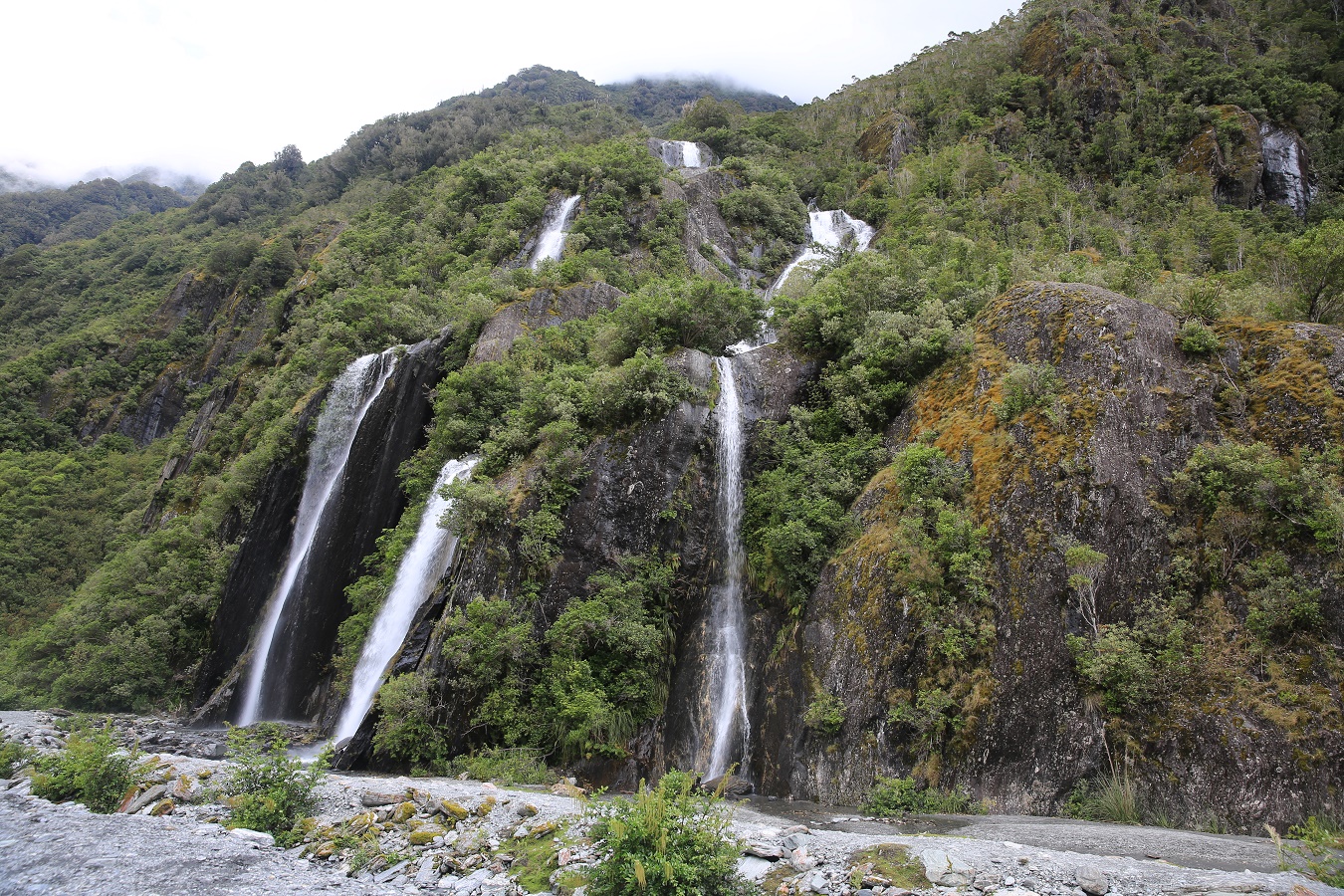 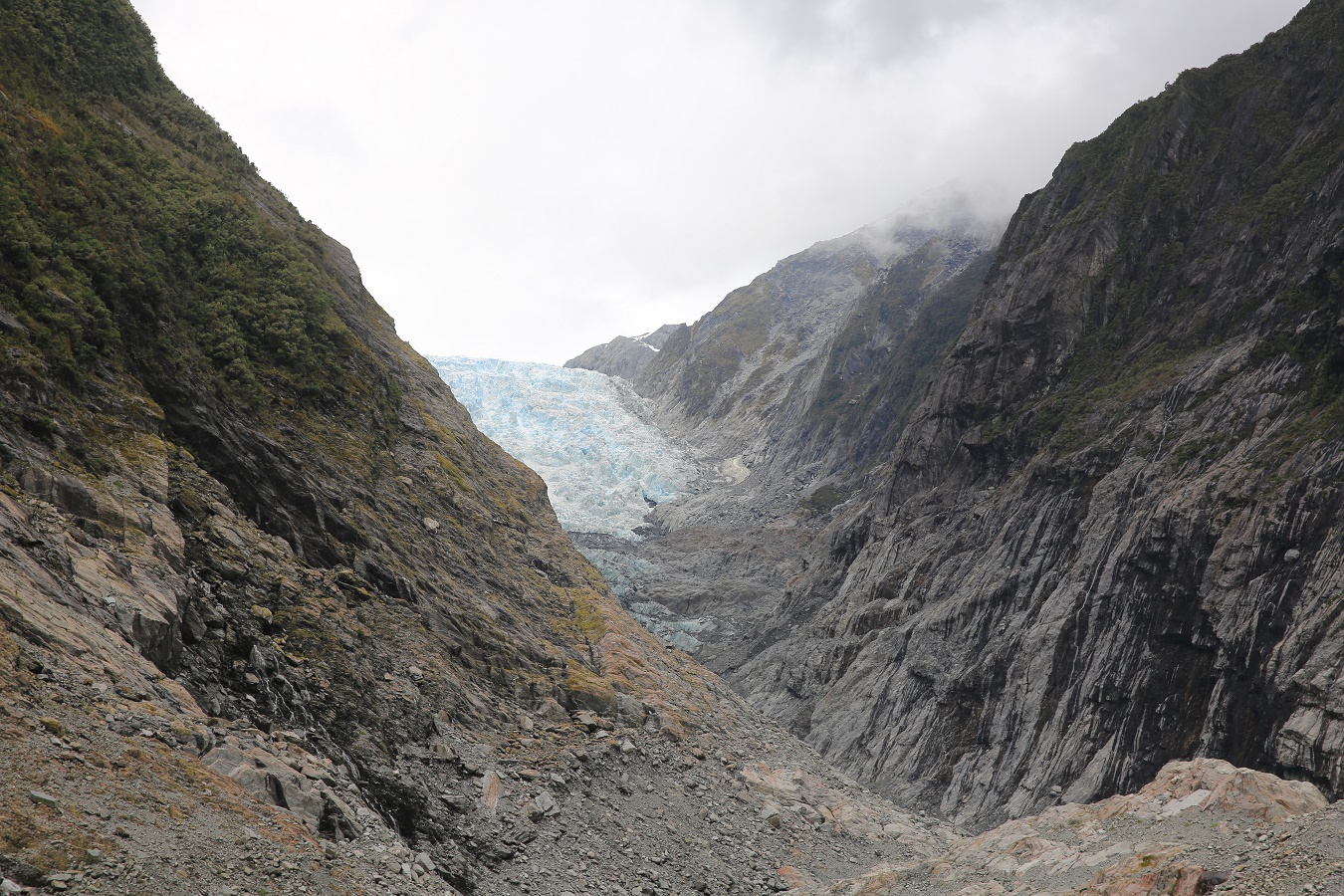 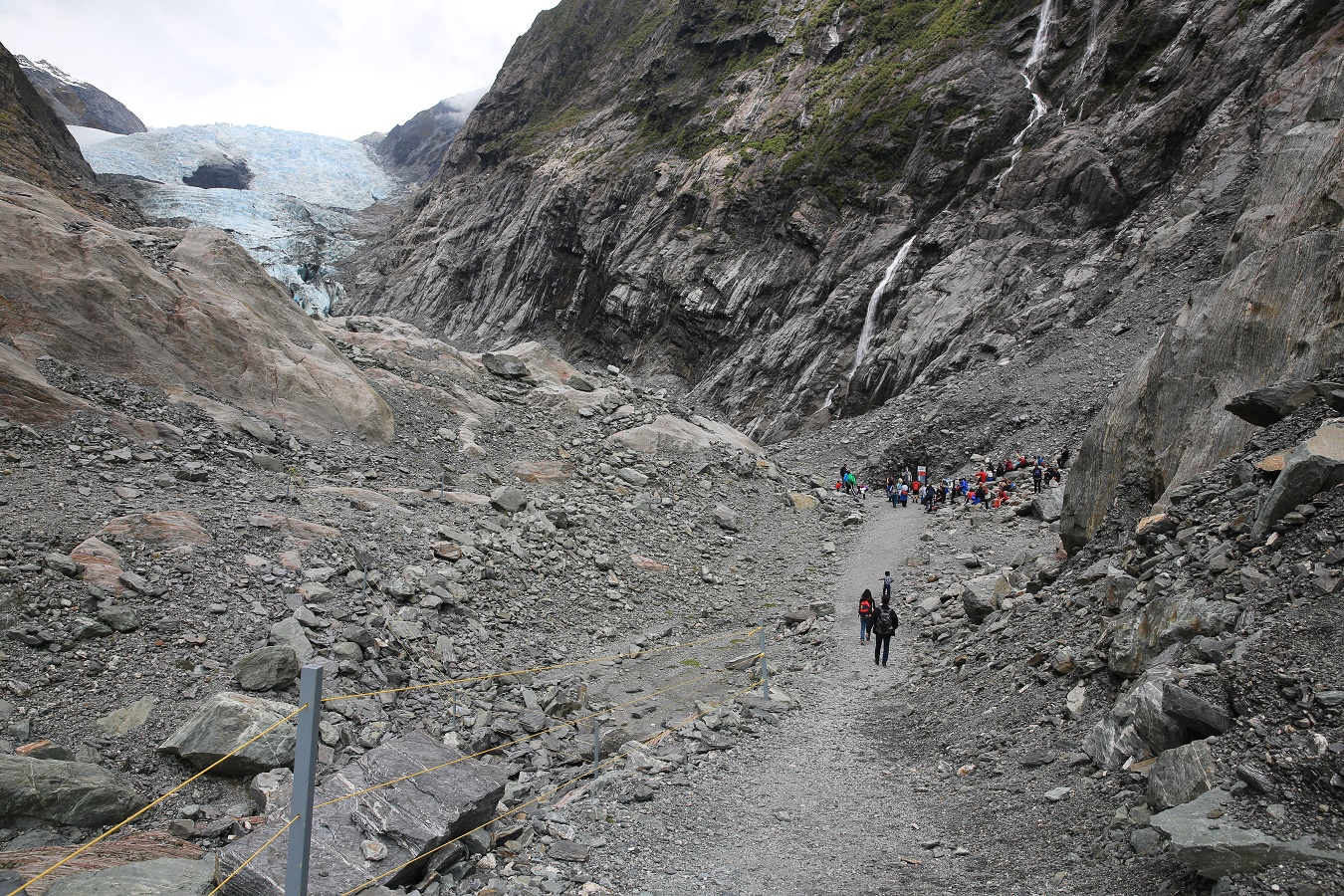 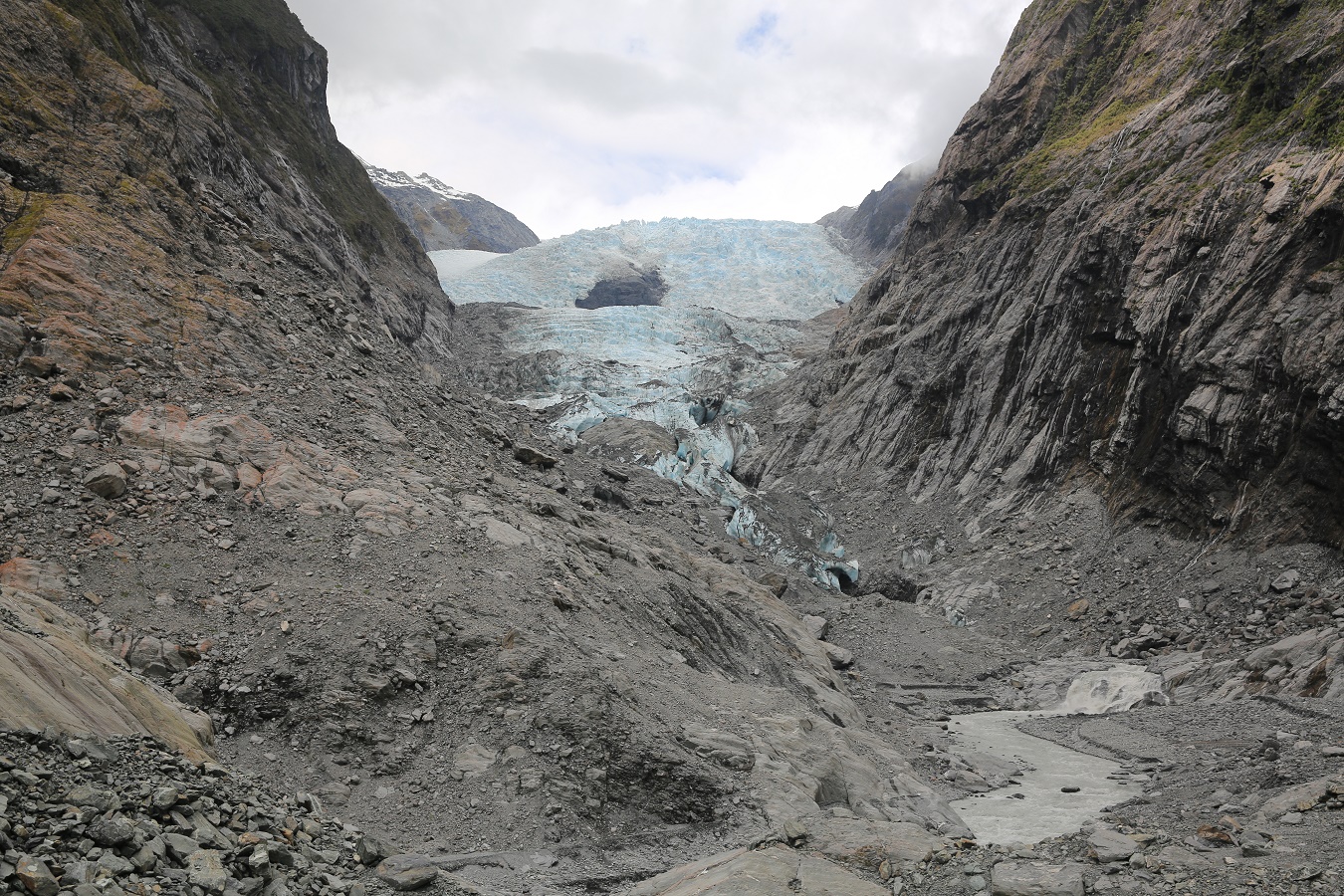 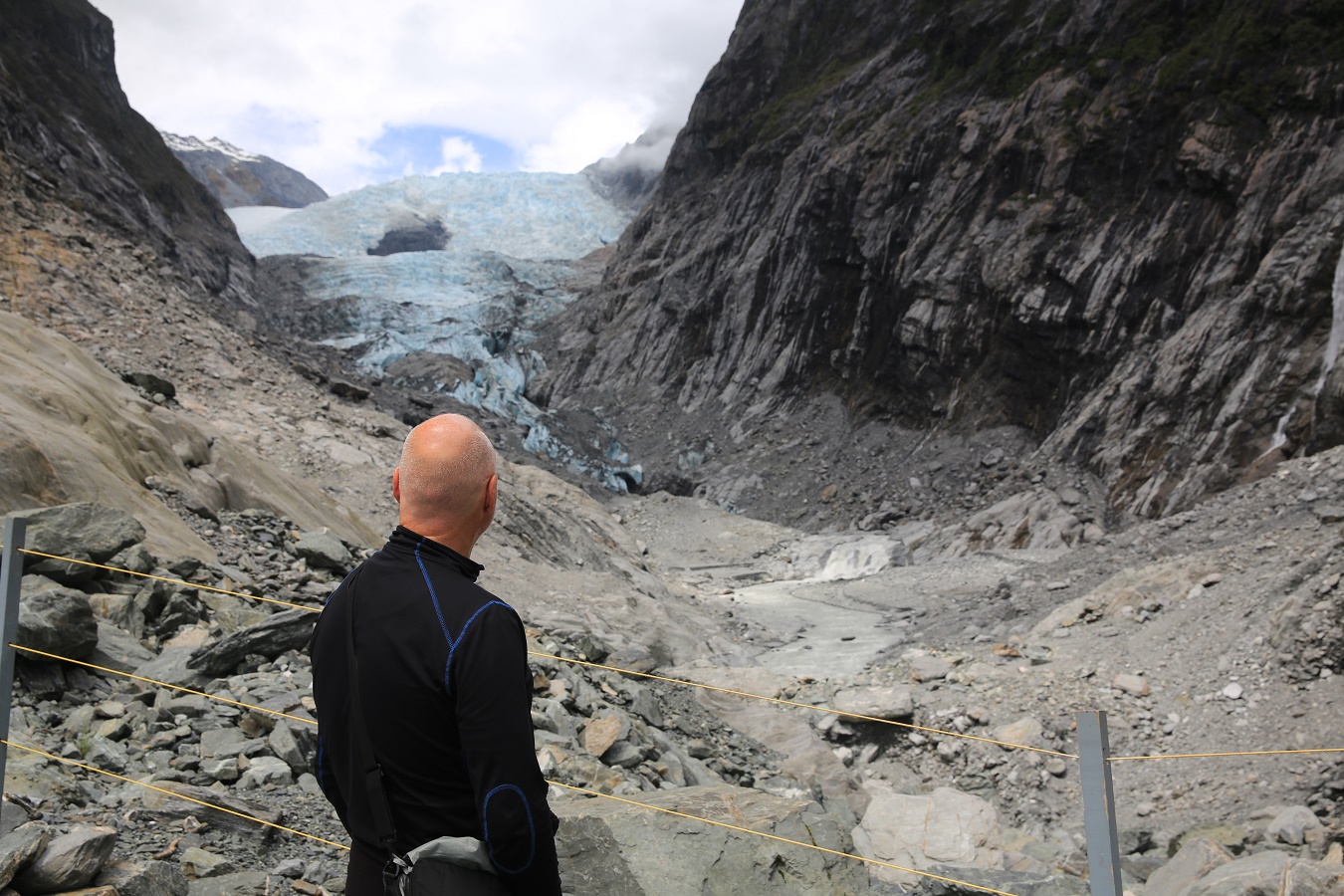 These are the last usable photos of New Zealand – on the way further north and over the Arthur’s Pass to the east coast it had rained heavily for several days, or sometimes it had poured so heavily that you couldn’t even get out of the car.

My last stop here on the South Island was Christchurch – I couldn’t imagine it before, but this city was so colourless for me that I couldn’t bring myself to take even one picture. In Christchurch I waited a few days for my onward flight to Auckland, because from there I went for a few days holiday to the South Seas.