The capital Vientiane is located about 9 hours by bus south of Luang Prabang on the Mekong River directly on the border to Thailand. Although the city with its 600,000 inhabitants is the political and economic centre of Laos, it somehow has a rural, village-like character. After the arriving, a suitable room was found relatively quickly and after everything was packed away, the first exploration tour could start. 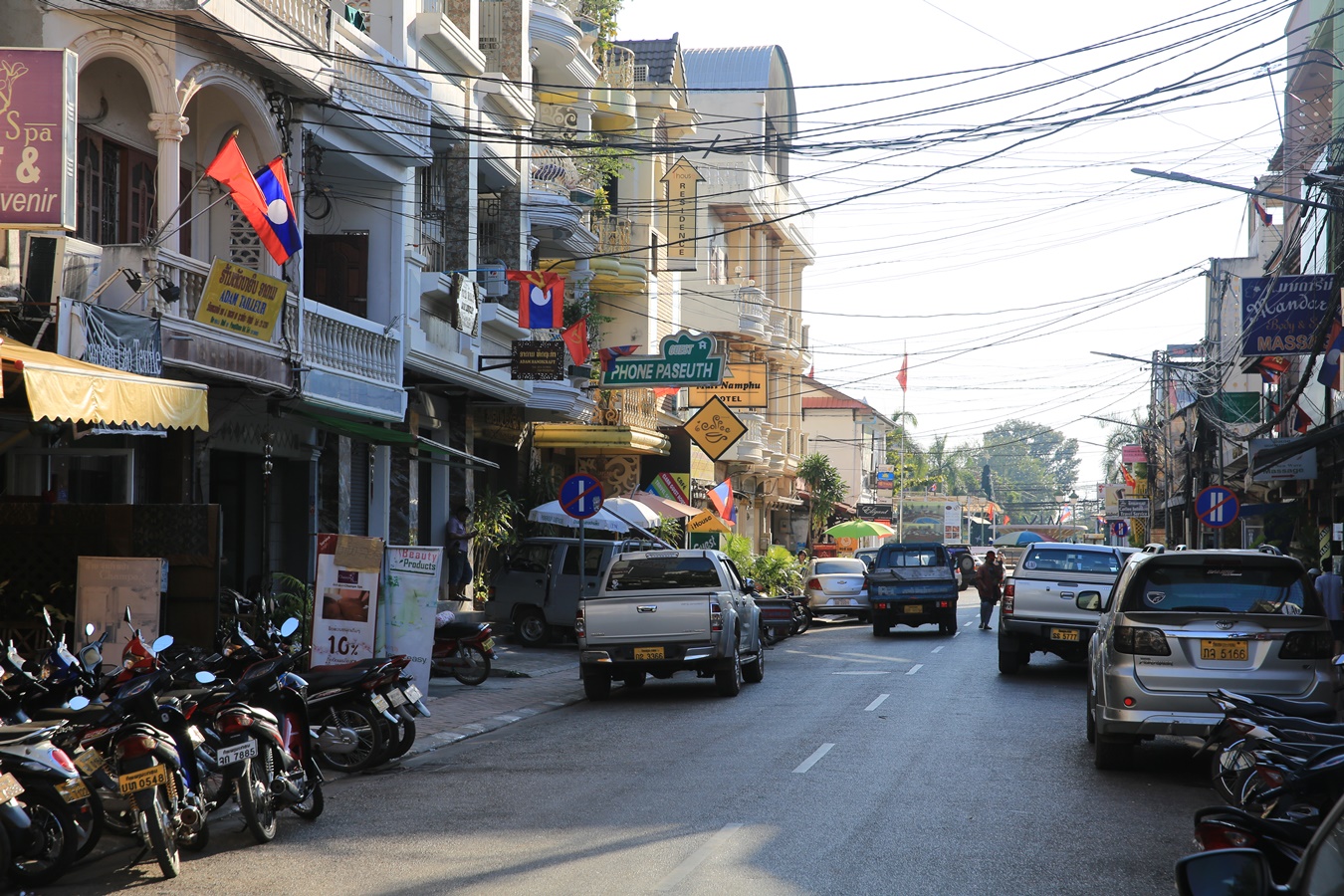 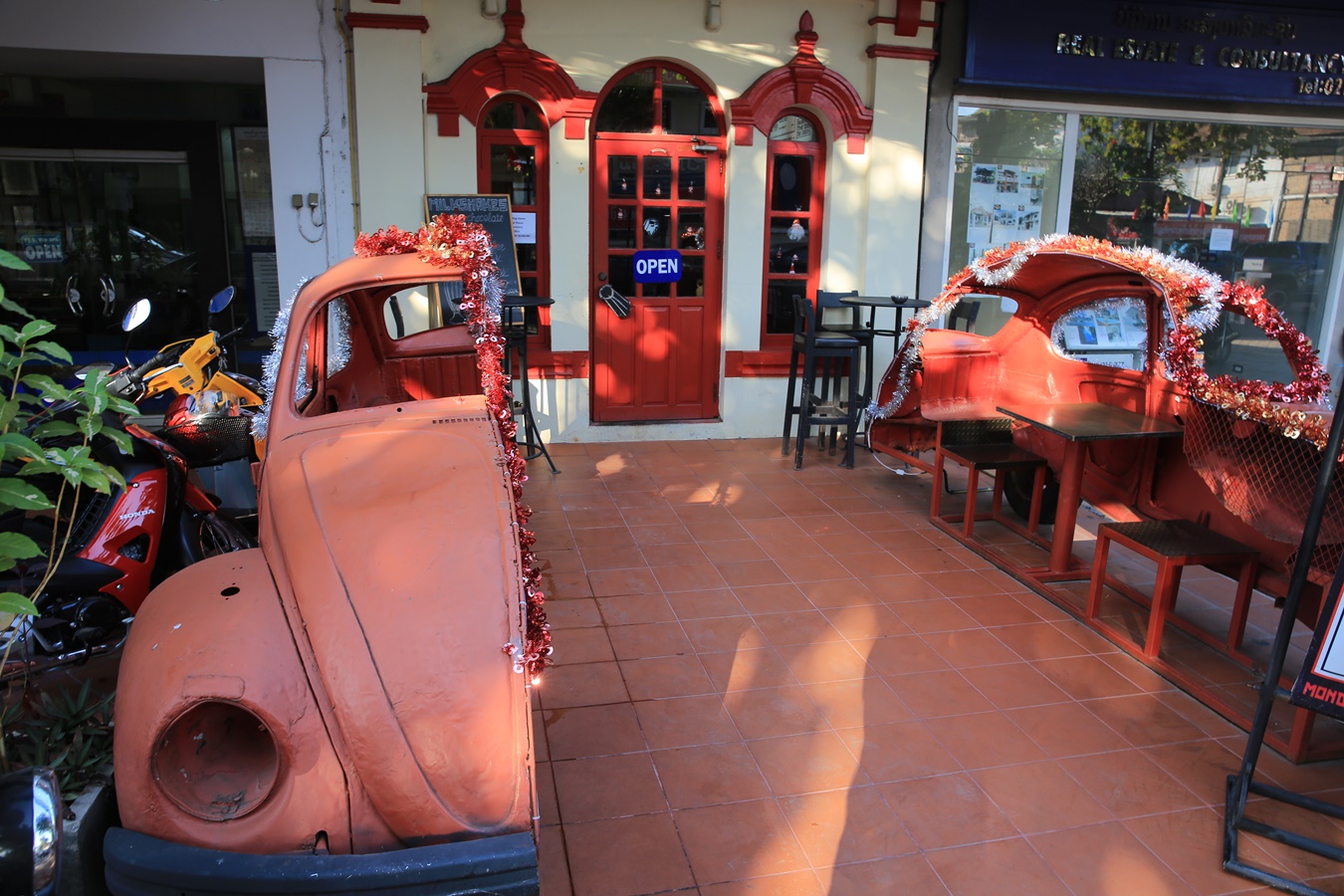 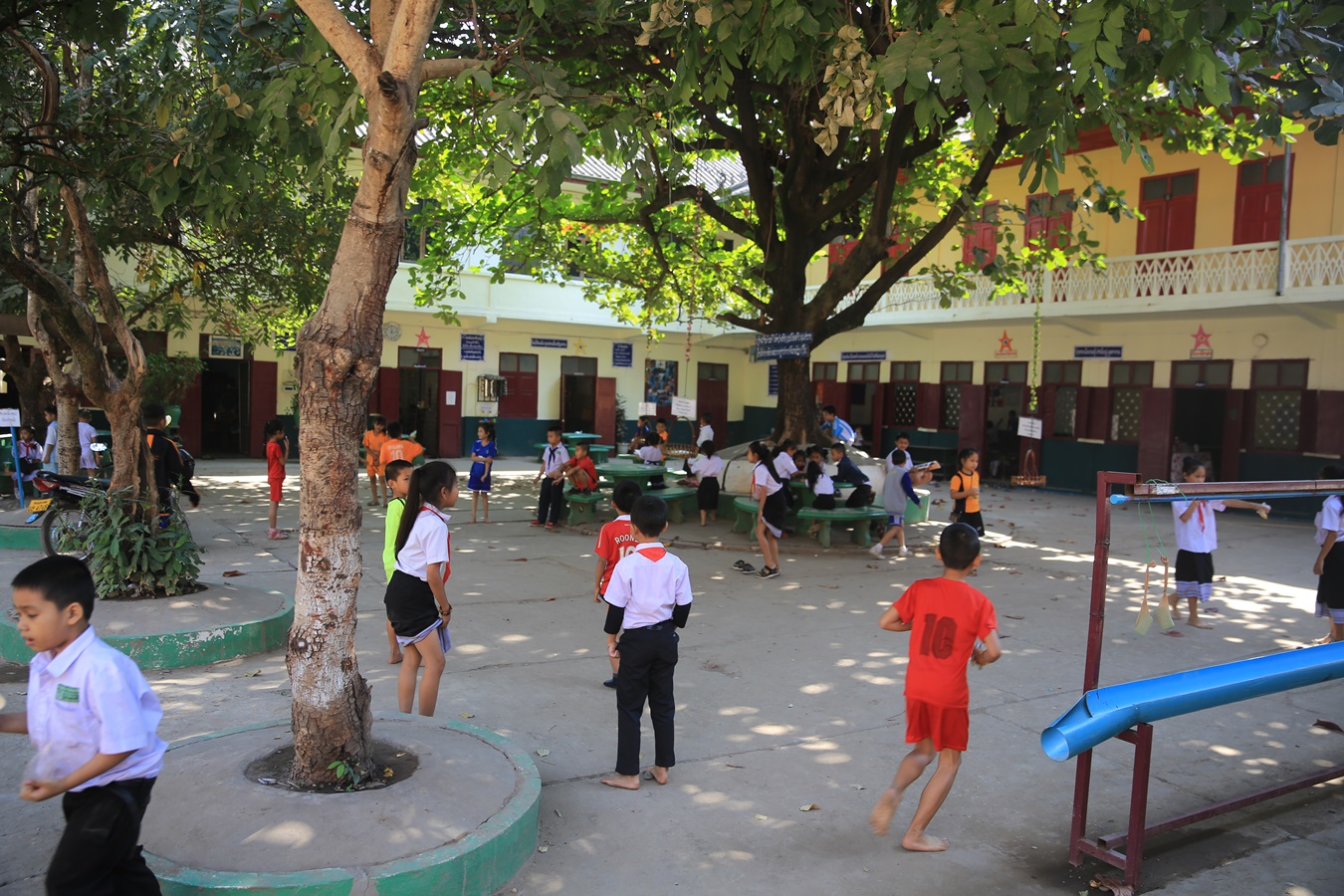 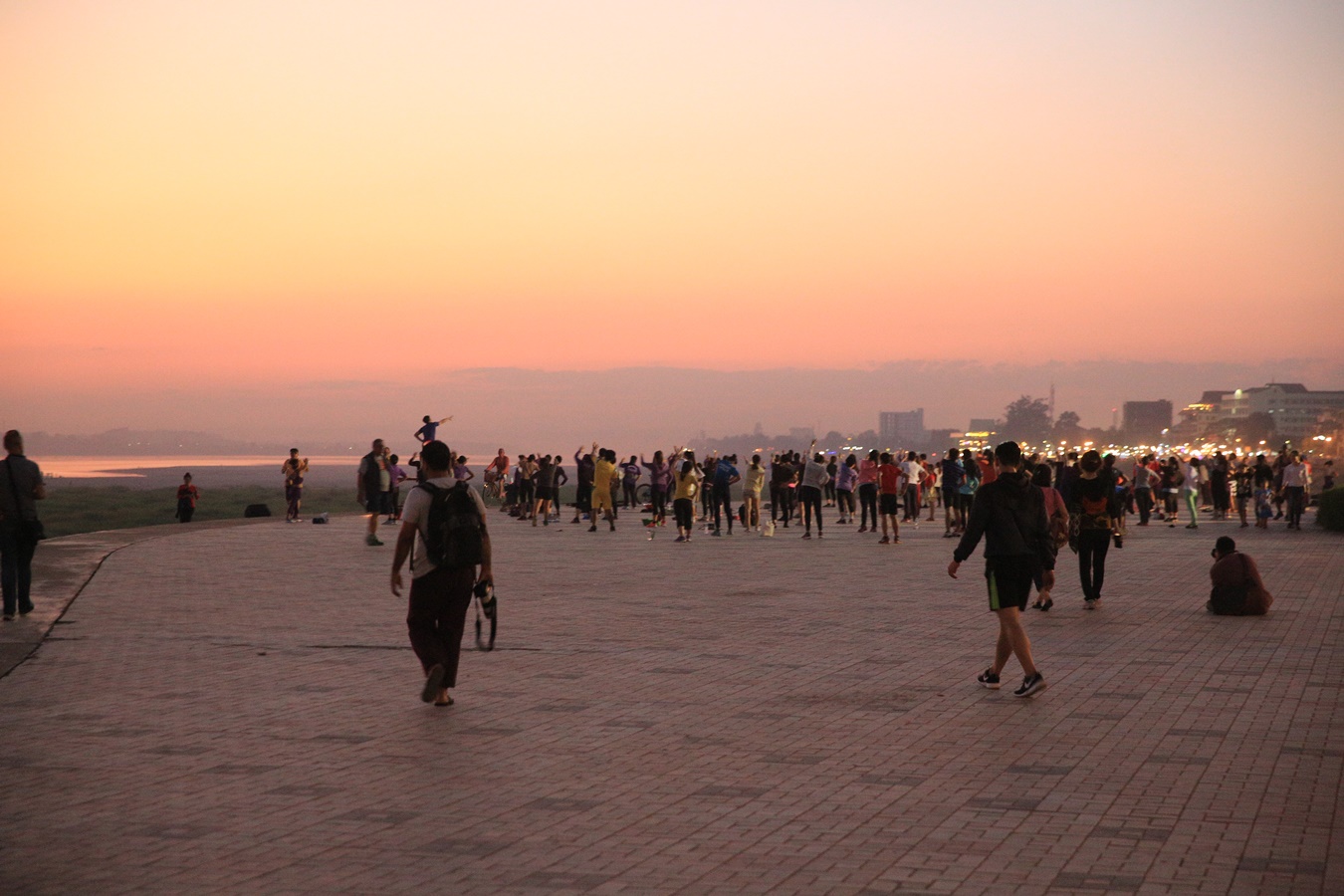 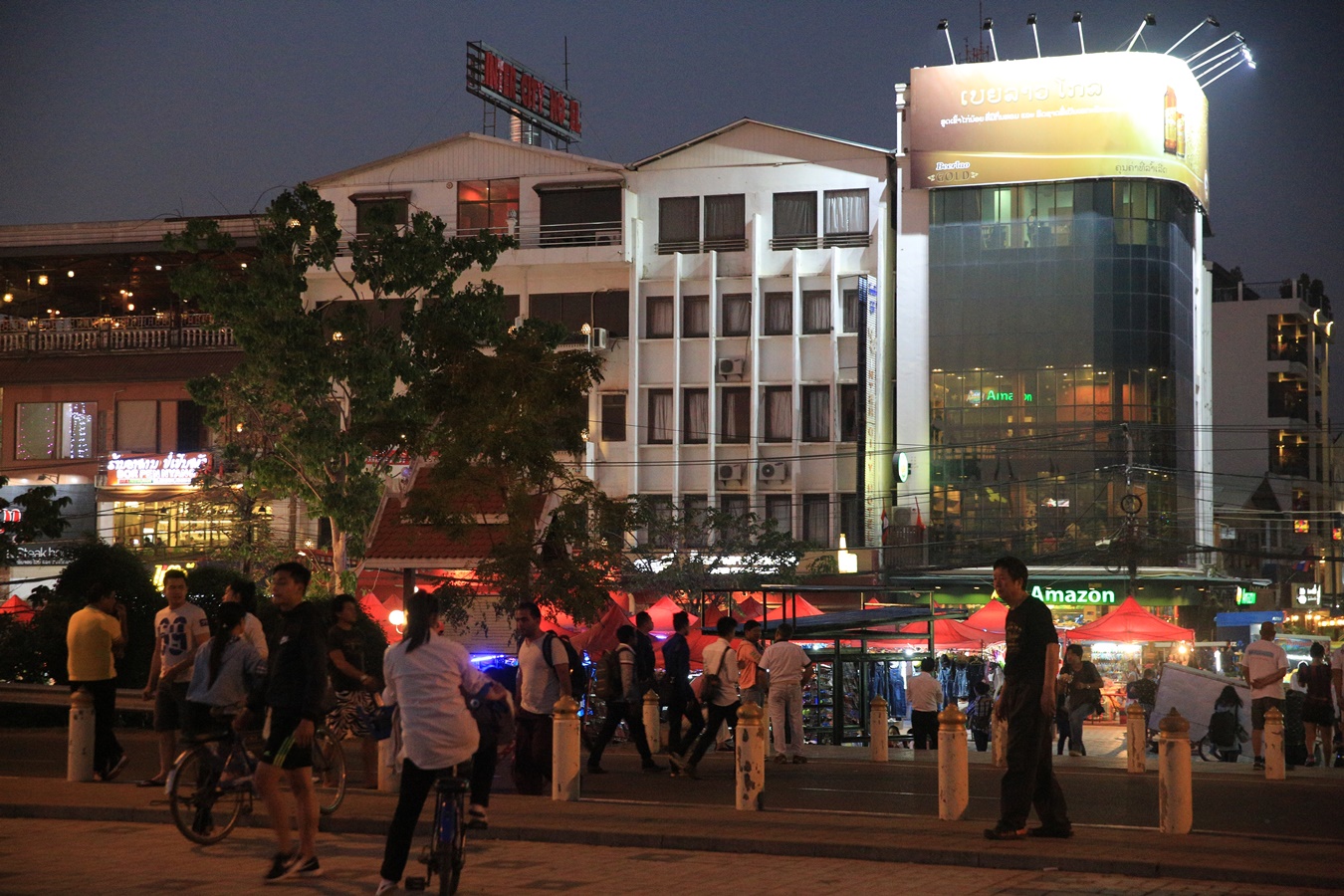 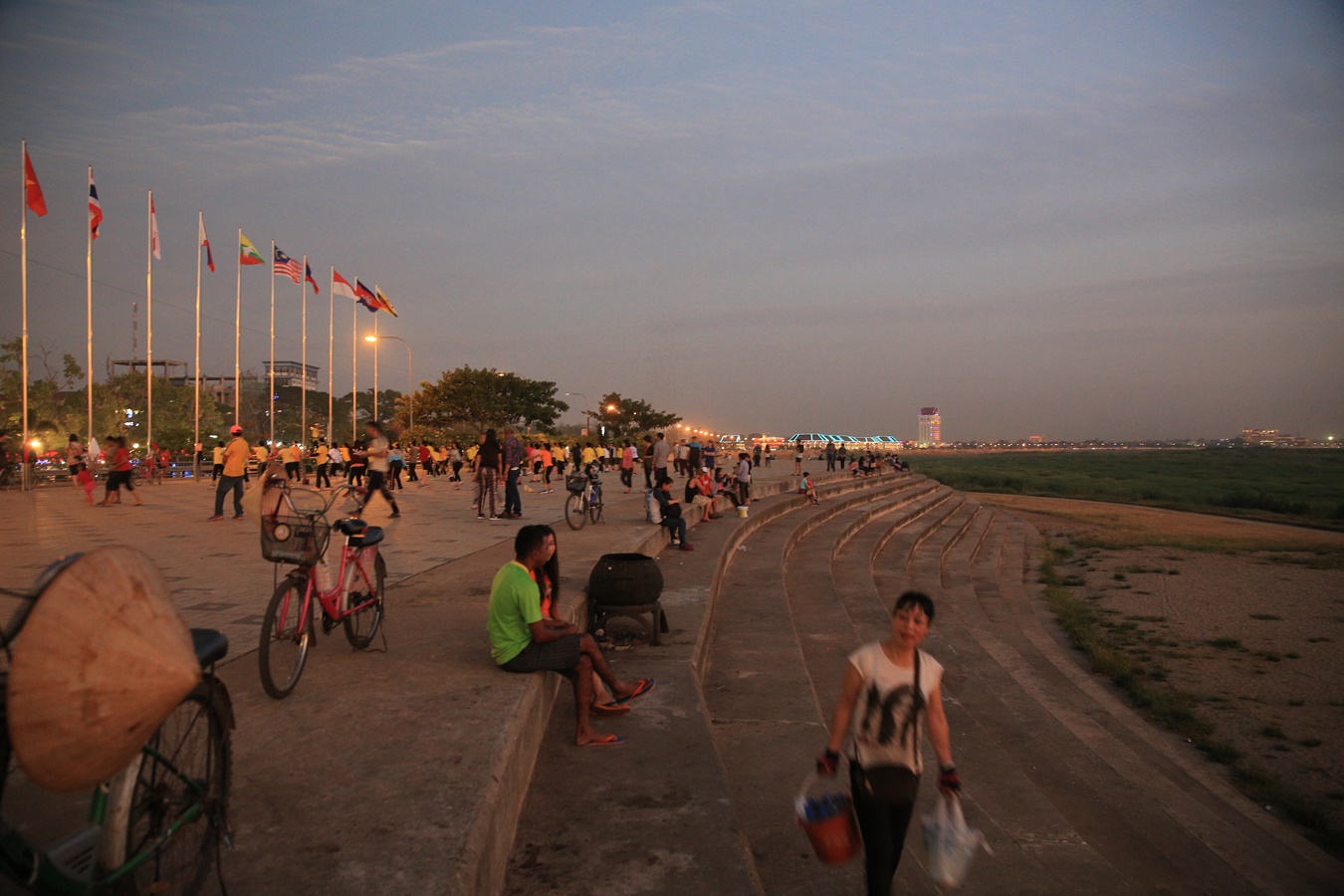 I had a lot to do here – when entering Laos, the border soldiers noticed that the last available page of the passport was used for the Laotian visa. So my passport was full and – I didn’t know – I couldn’t travel on with it, because existing visas cannot be overstamped or glued over. So I cannot continue my journey to Cambodia with this passport. Austria does not have its own embassy in Laos. According to the information on the website of the Austrian Foreign Ministry, the German Embassy is responsible for Austrians. However, after a phone call there, it became clear relatively soon that they could not do anything for me – unless I was in a hospital or in prison. Which means that I first have to return to Bangkok to the Austrian Embassy to apply for a new passport before I am allowed to travel on in Asia.

The second thing was that I still needed vaccinations. When I left Austria I didn’t know that I would end up in Asia. So I had started in New Zealand and Australia to catch up on the necessary vaccinations for this part of the world. At this point I was getting very annoyed. In New Zealand I paid about 600 Euros for a dose of rabies and Japanese Encepahlitis, in Australia about 300 Euros for a dose of rabies – here I got both vaccinations for about 50 Euros! The same drugs from the same manufacturers. I don’t think the pharmaceutical companies in Laos pay anything extra, they will make money with their drugs and vaccines here as well. Conversely, however, this means that in the industrialised countries we are fleeced to almost fraudulent extents by this pricing policy. And that is very annoying. So guys – if you need these vaccinations, go to Laos. If you compare the prices, flight and at least 2 weeks stay is included :).

The visit of the Lao national museum was an experience in many ways. Although the exhibits were a bit sparse – the few valuable items were kept so “safe” that you could hardly see them – you got a general overview especially of the recent history including the Indochina War and the Communist Party. 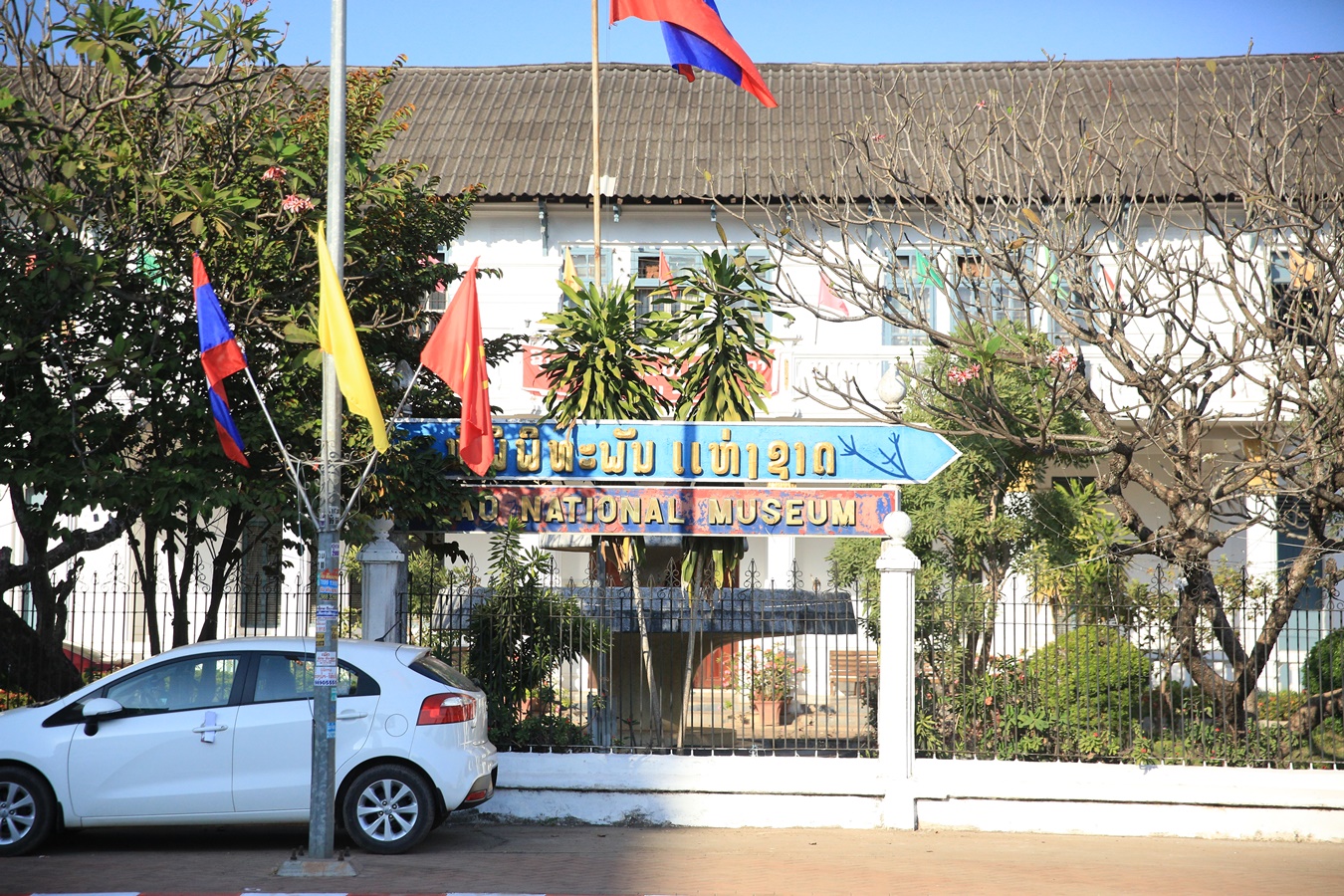 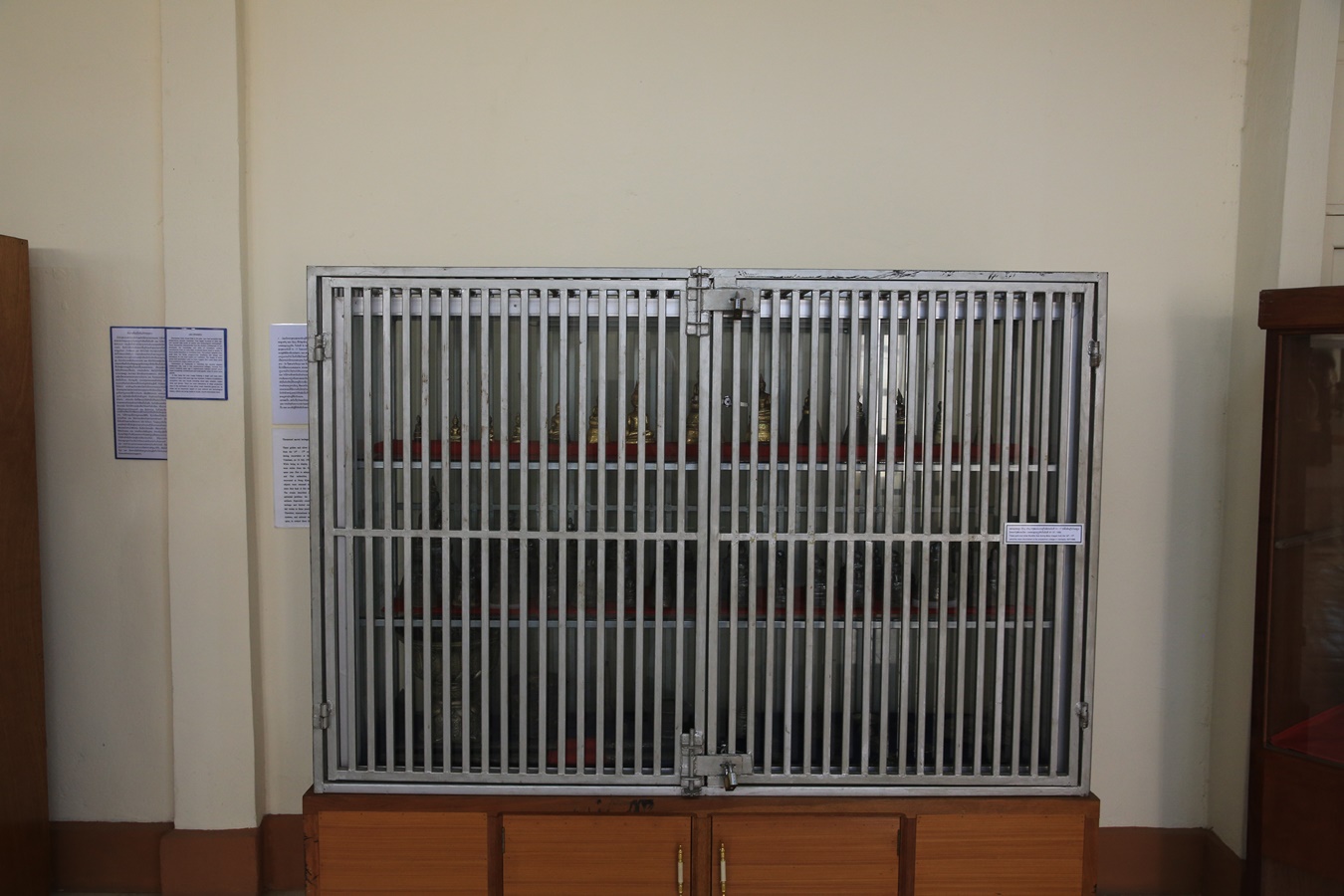 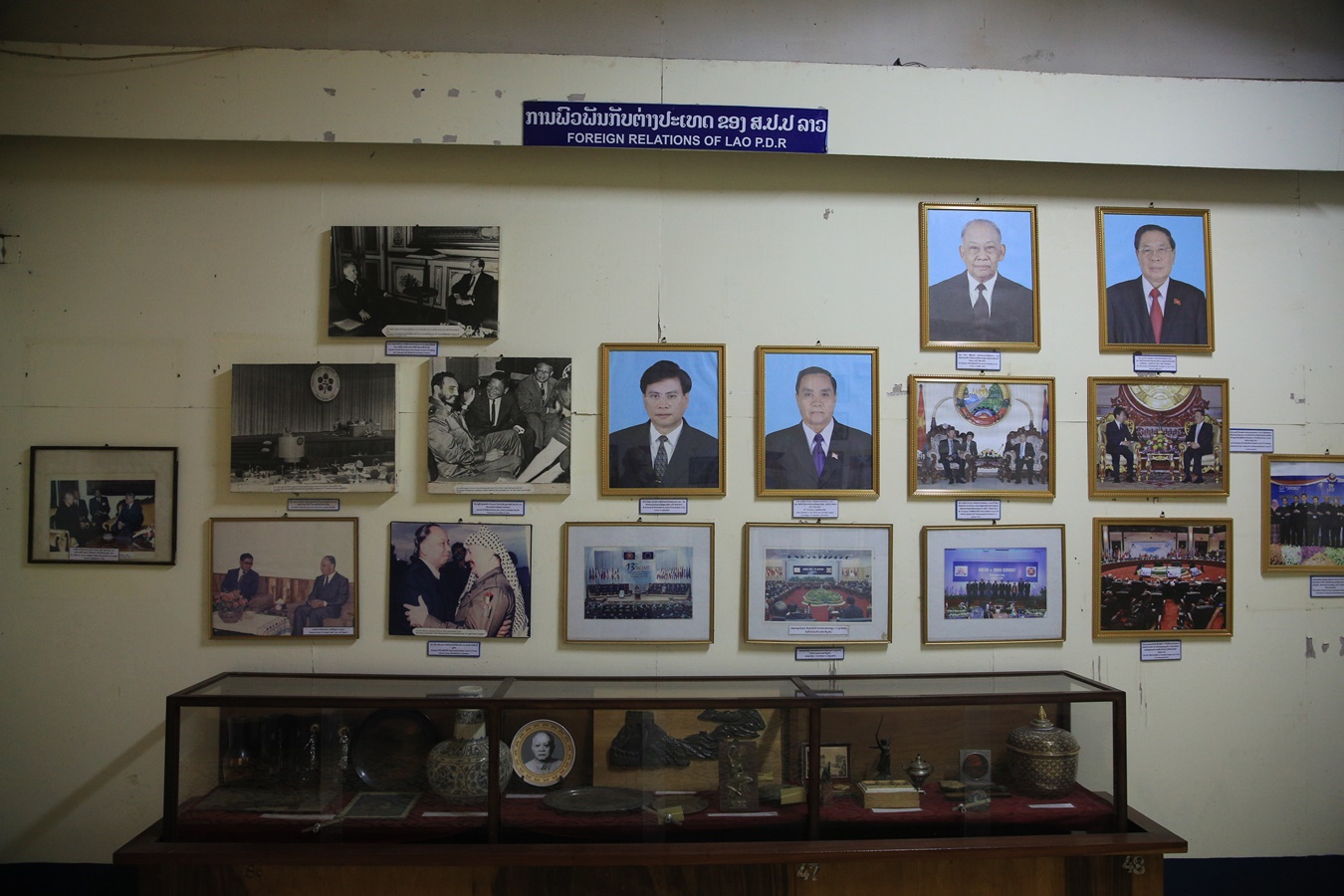 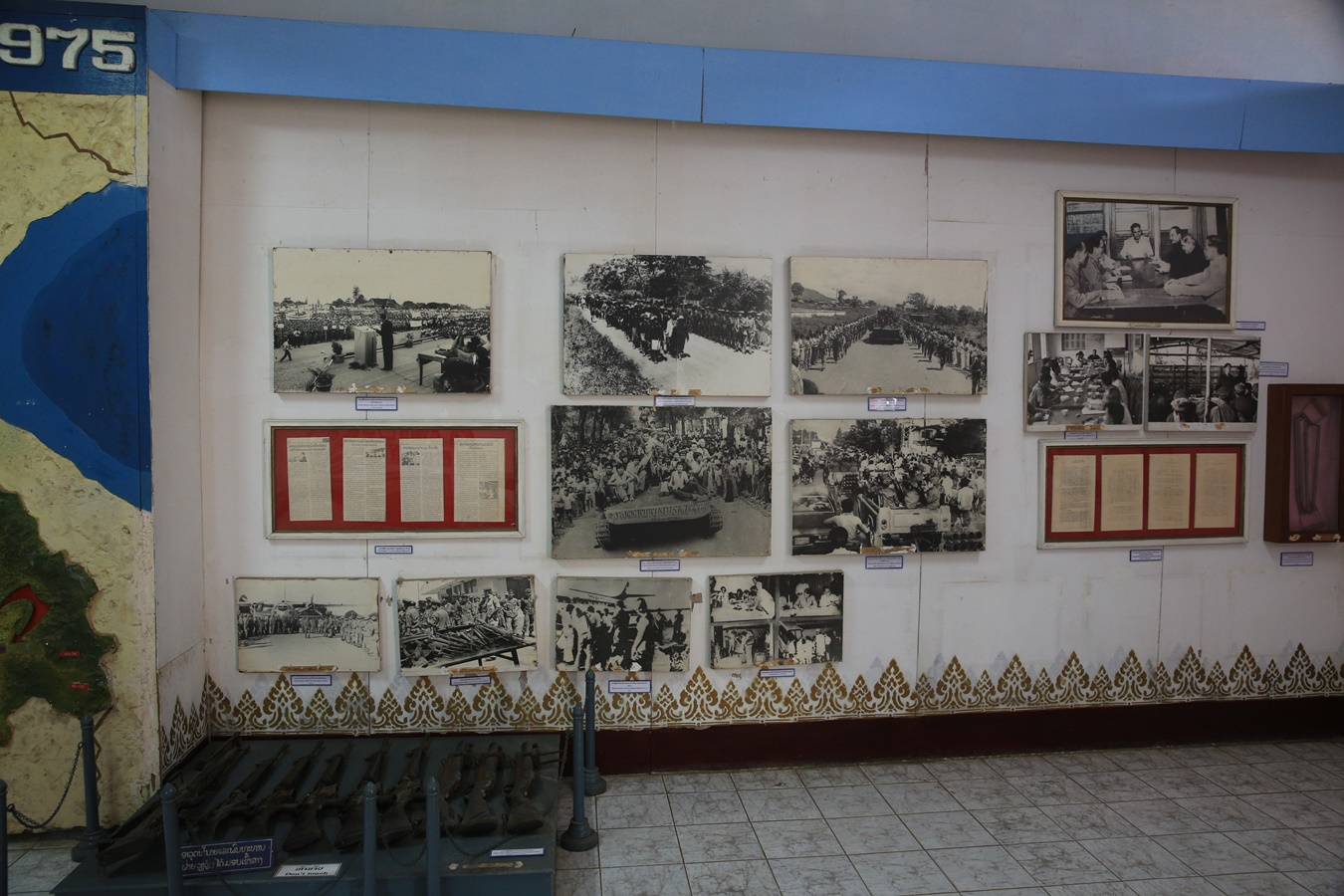 The visit of the COPE Center, a private initiative that provides information about the American bombings during the Vietnam War and their consequences for the population, was very interesting.

Part of the supply routes of the North Vietnamese troops – the Ho Chi Minh Path – ran through Laotian territory in the border area. American bombers wanted to destroy these supply routes and in return dropped so many bombs that Laos is the most bombed country on earth. More than 2 million tons – about 260 million bombs were dropped along the border. 30% did not detonate on impact and some are still lying dormant in villages, fields or forests. About 50,000 people died during the bombing – since the end of the war about 15,000 people died from unexploded ordnance. Hundreds of thousands are missing arms, legs or their eyesight. Although work is being done to track down and remove these war relics until the country is finally cleansed, it may take decades. With these facts, there is really nothing more to say. 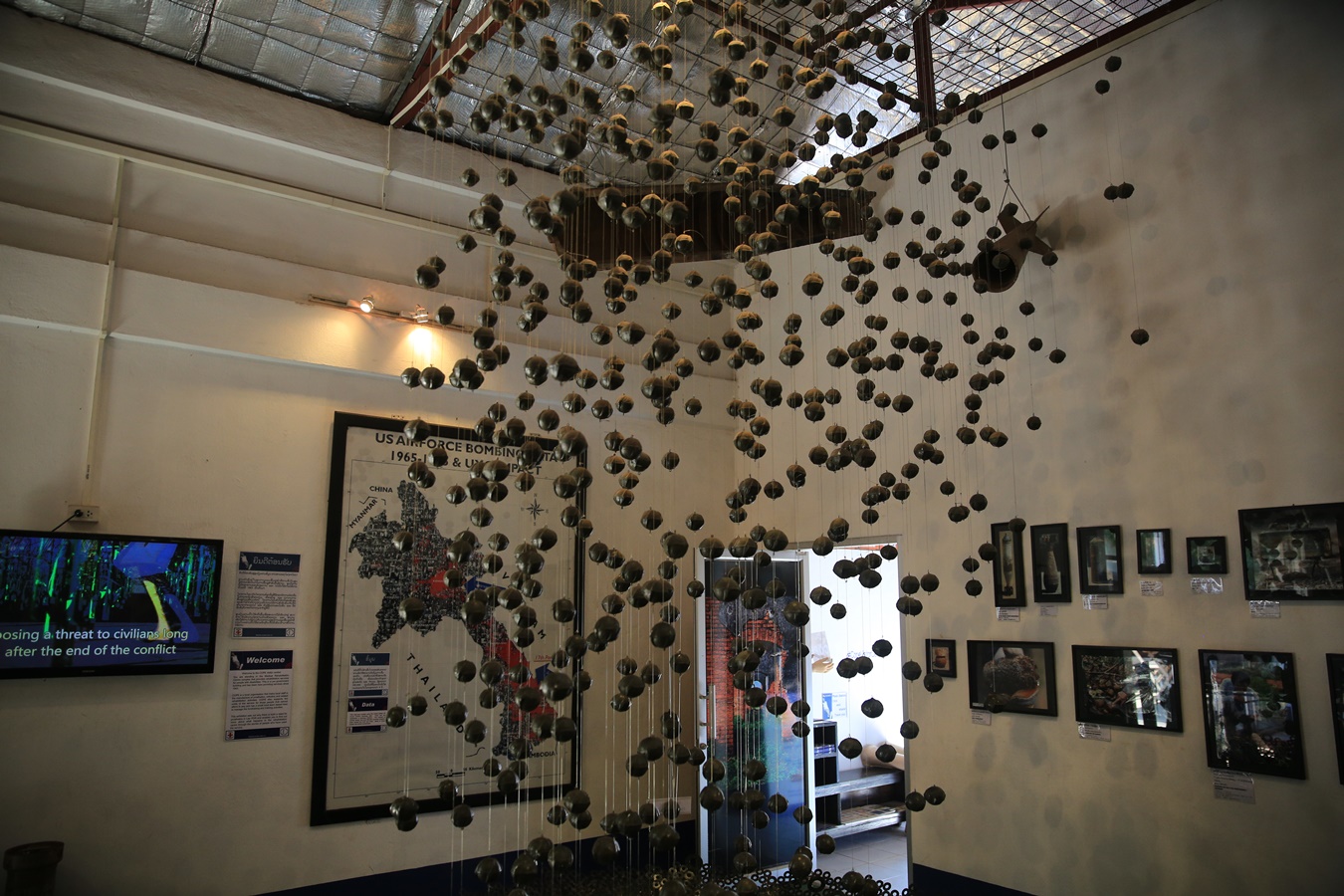 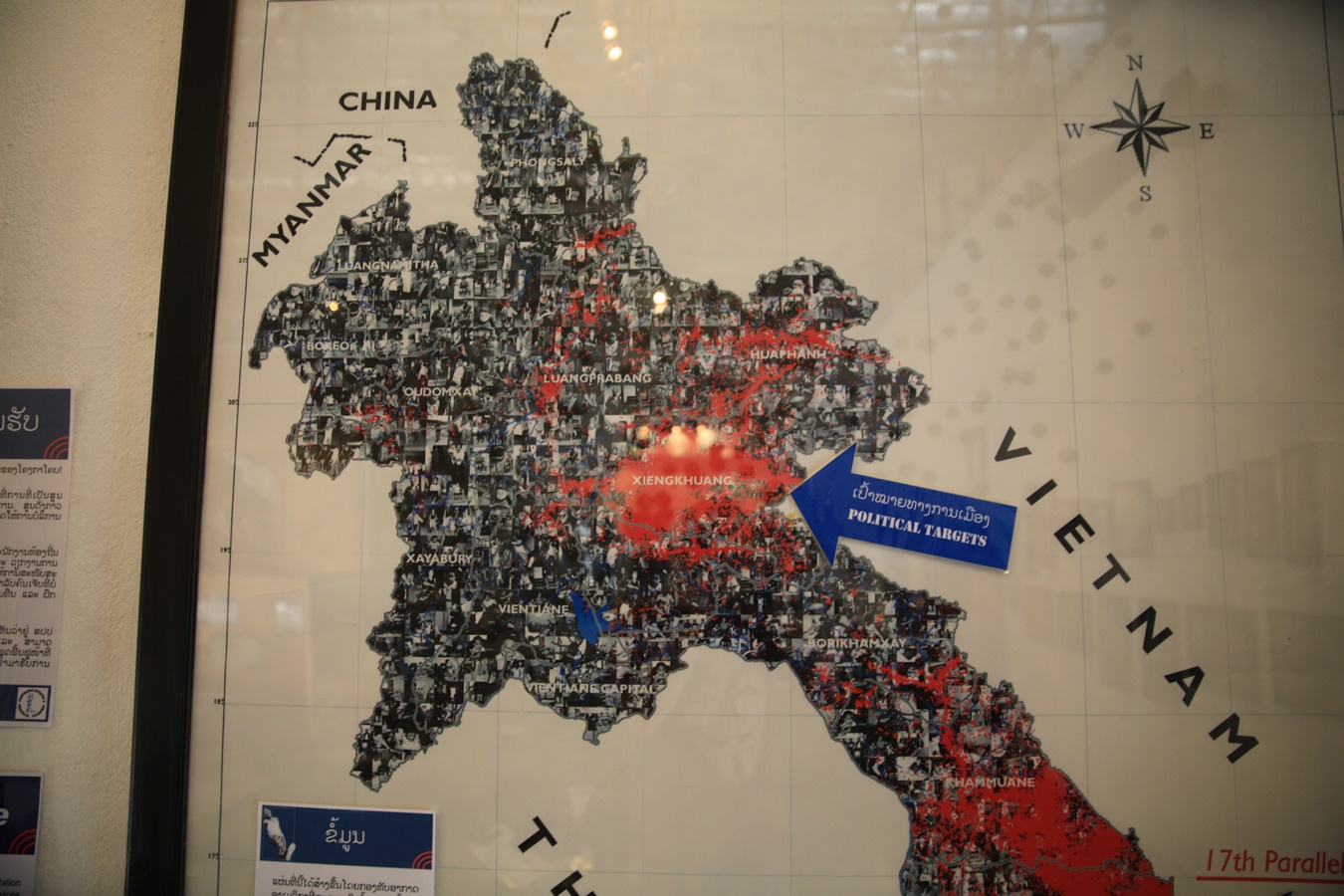 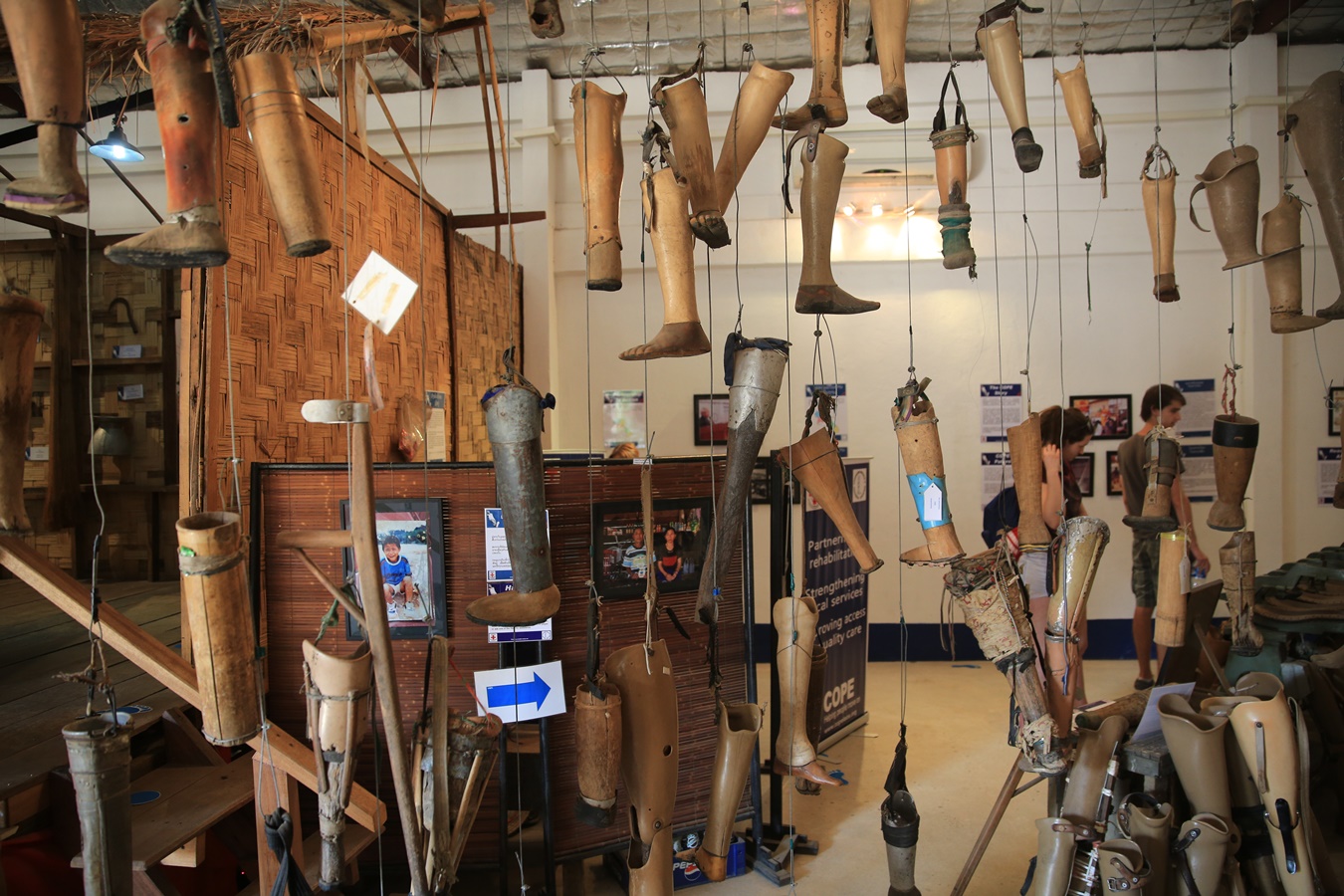 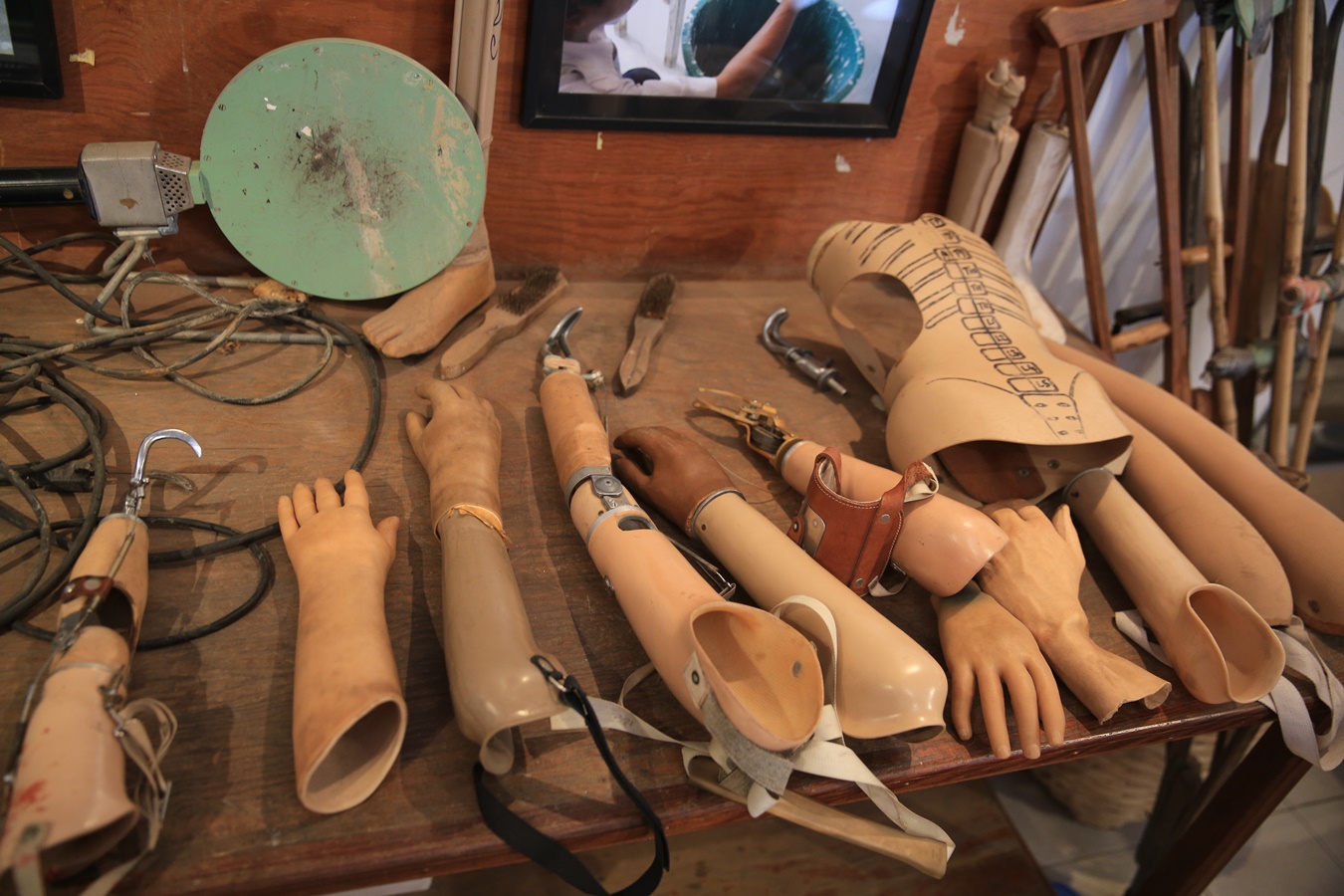 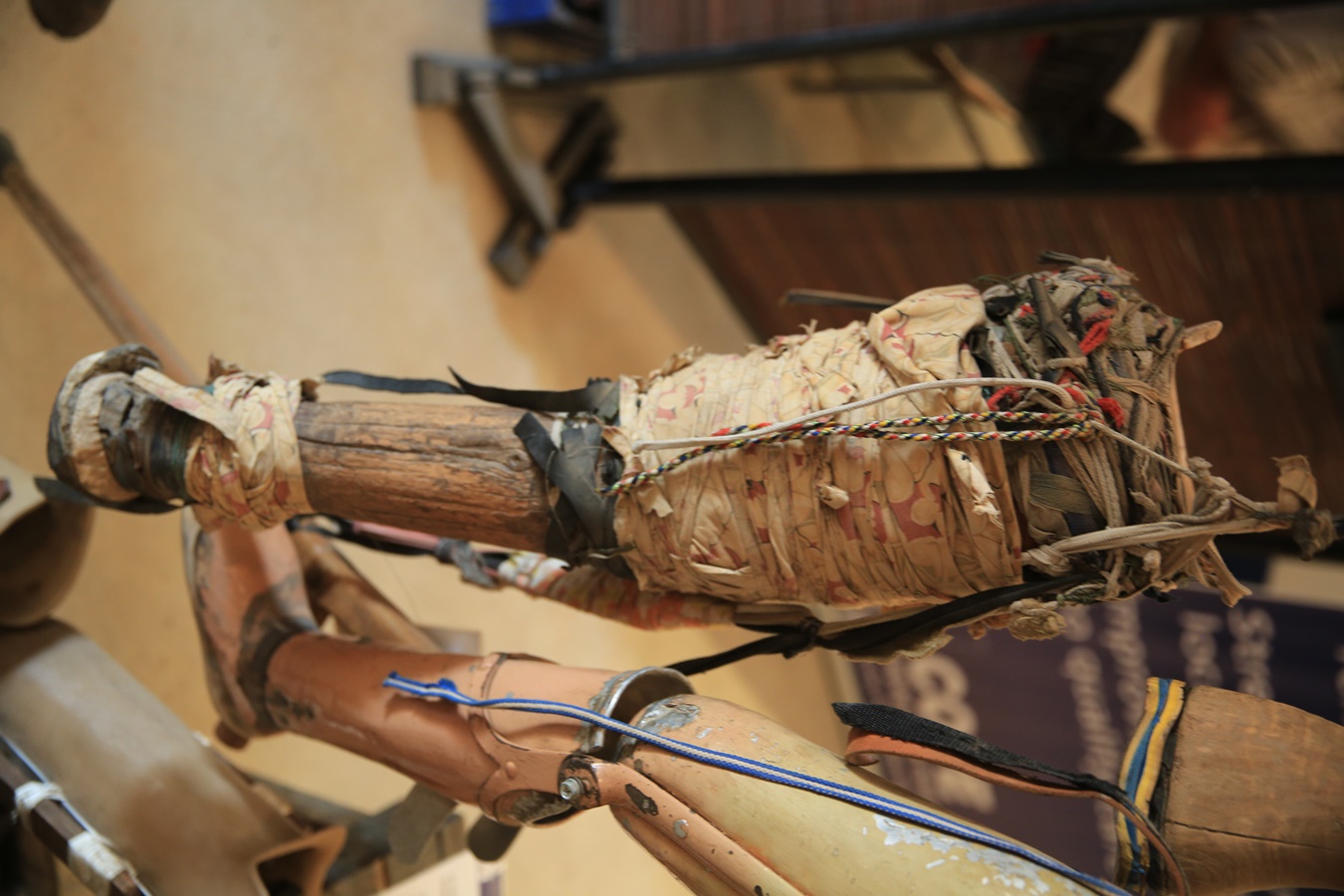 In the very south of Laos, almost directly on the border to Cambodia, there are 4000 islands. Some very idyllic islands in the Mekong bear this name. If you choose one of those islands, which are less crowded by tourists, you are at a perfect place to relax. 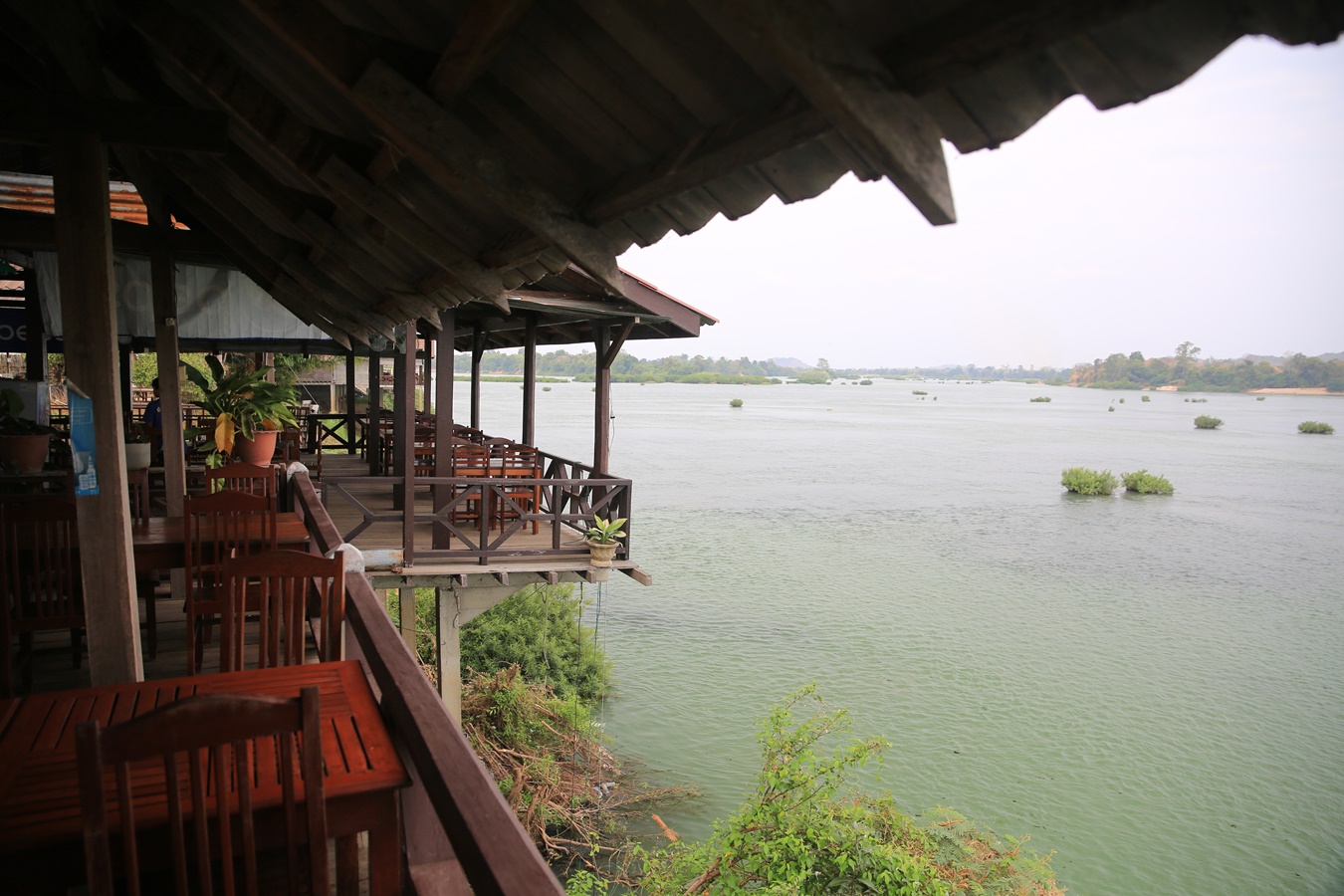 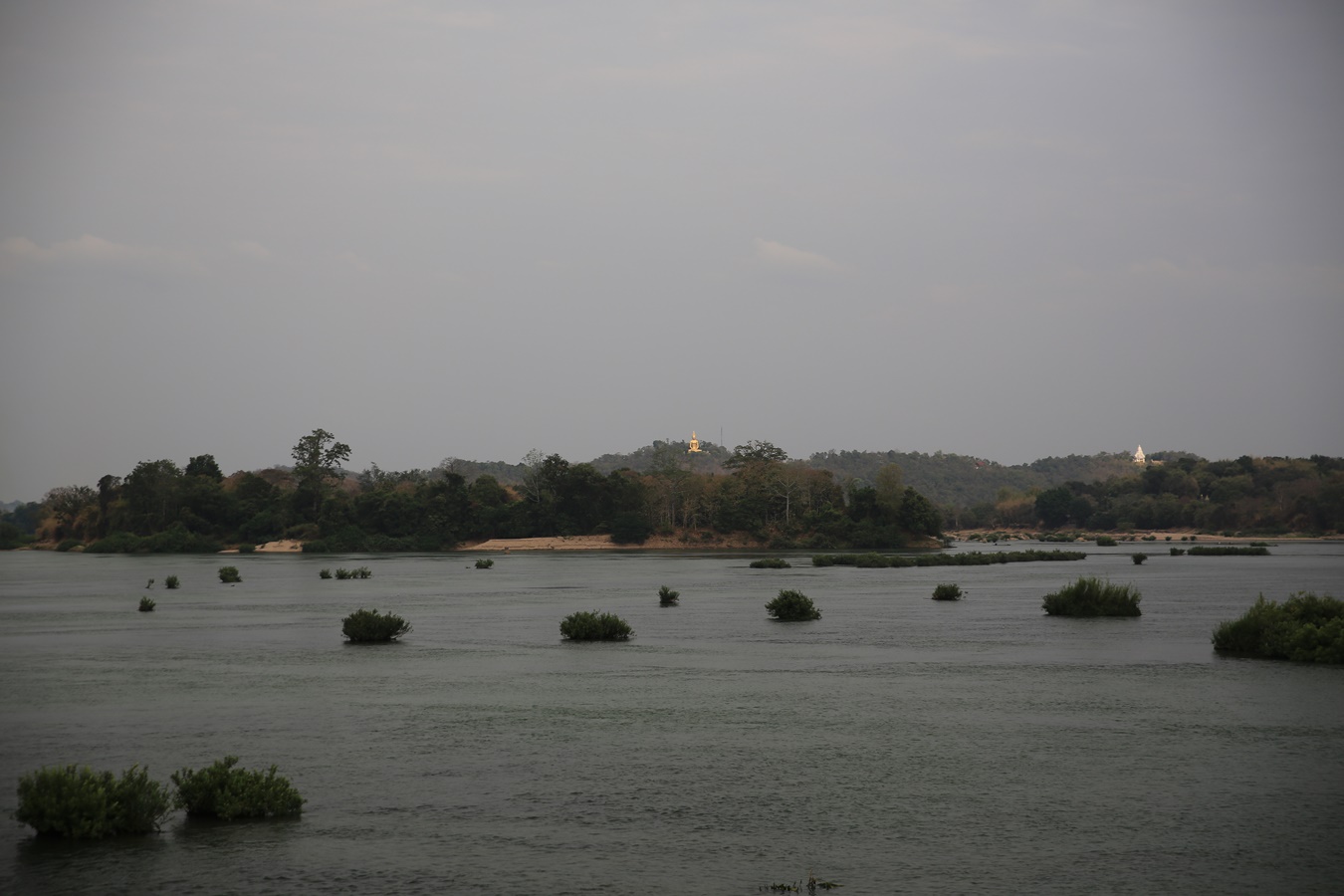 The few things you can see there are easily accessible by motorcycle within a radius of 50 km. I had borrowed one for an extensive exploratory tour and could see some villages, the Mekong waterfalls and of course a remote monastery. 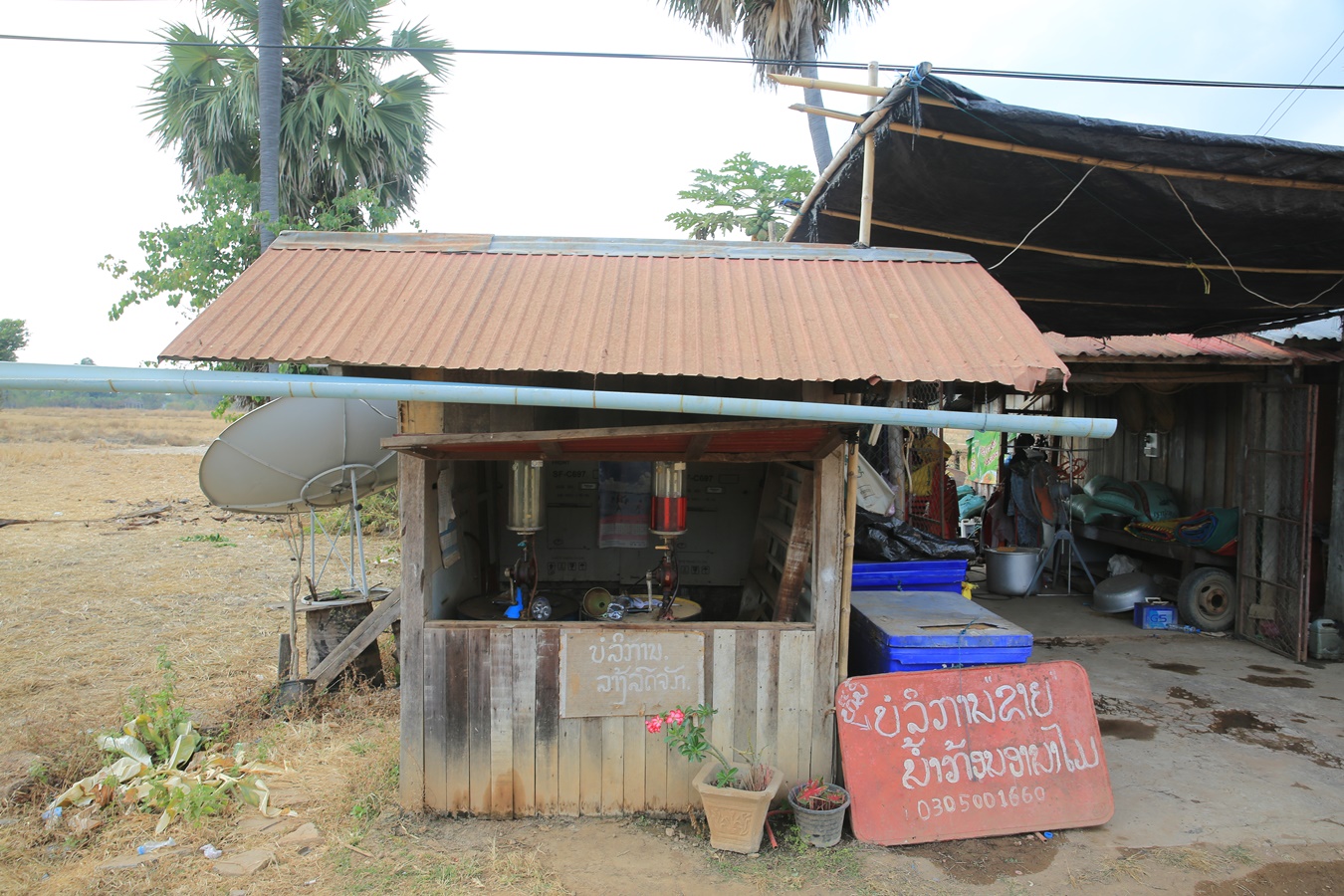 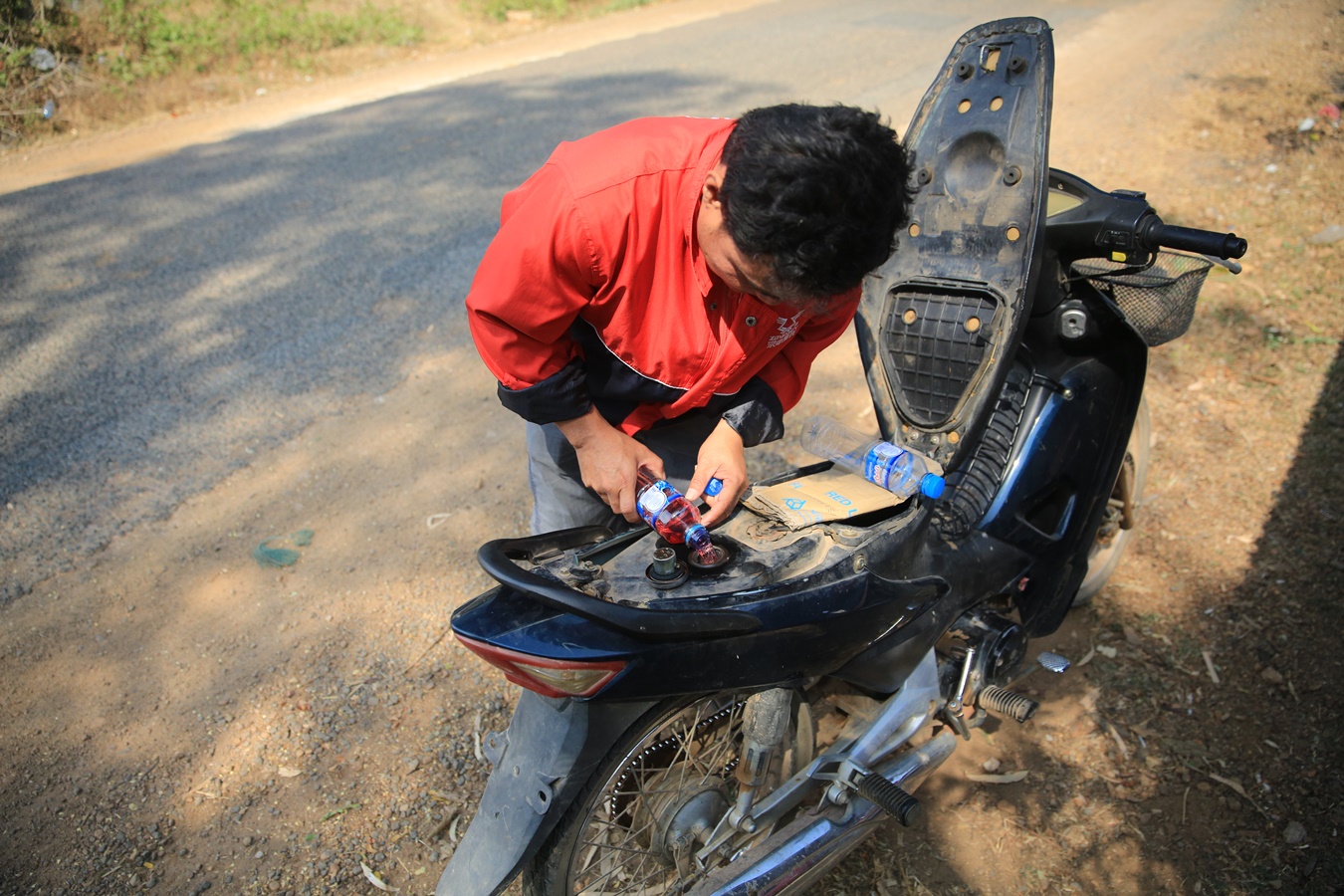 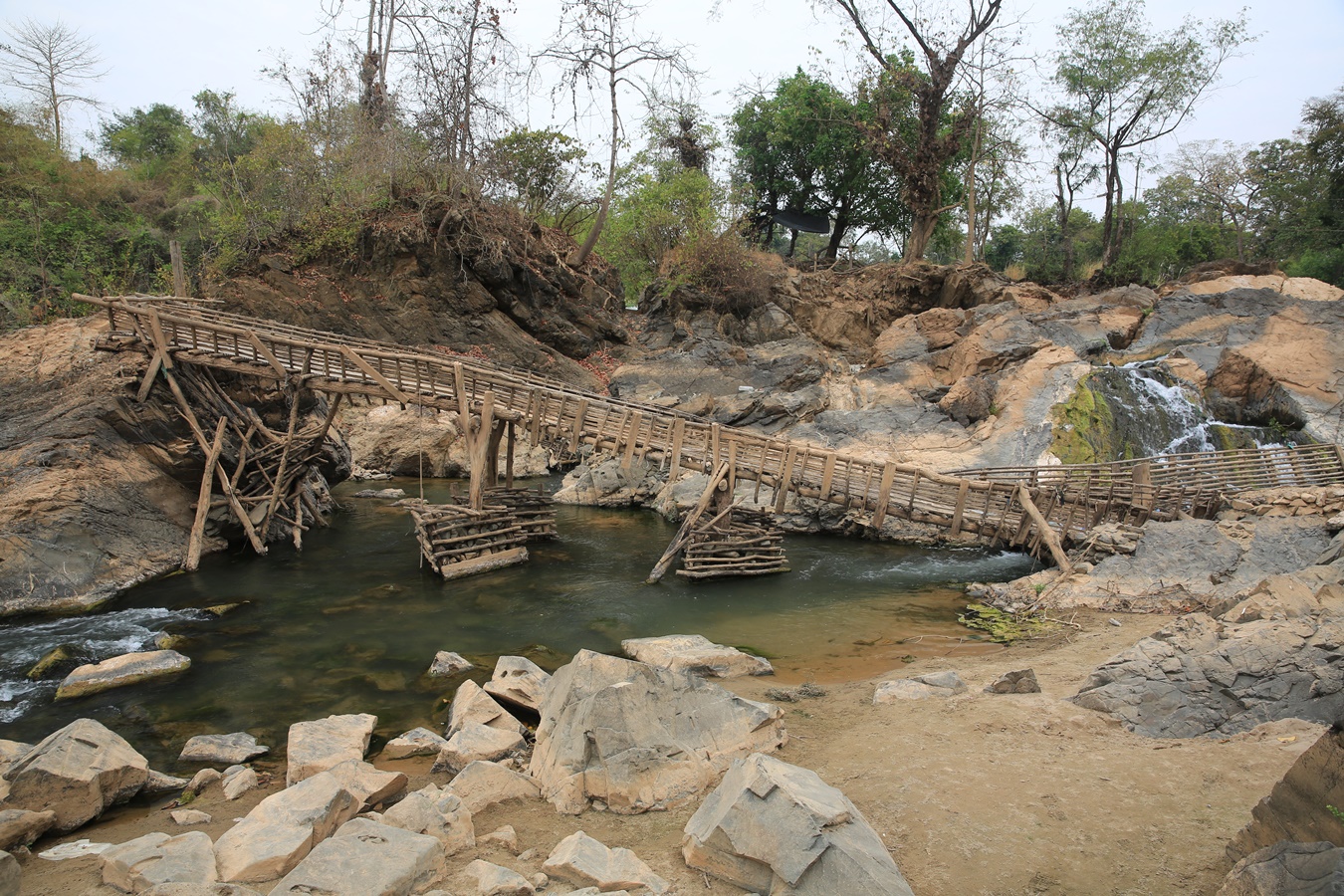 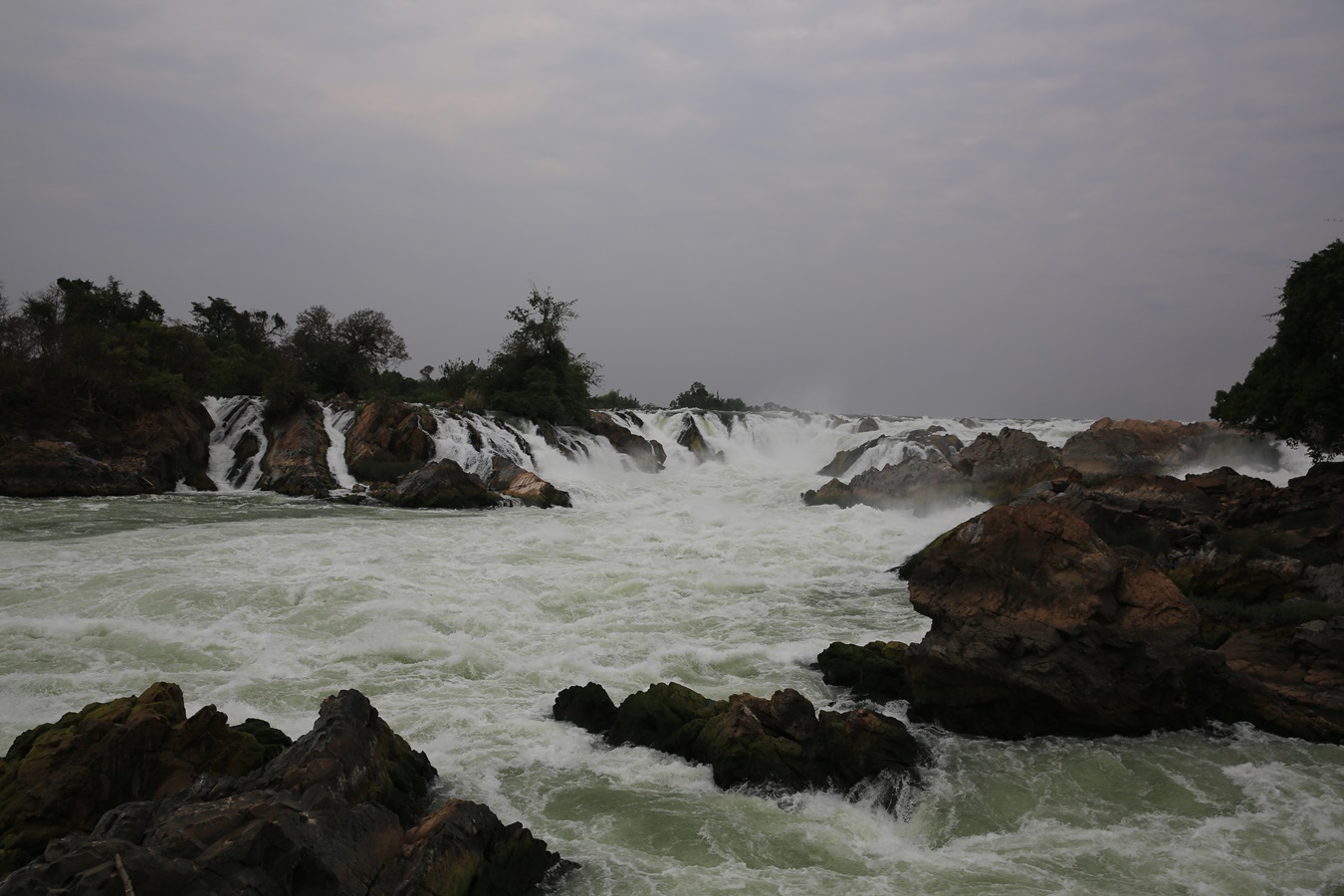 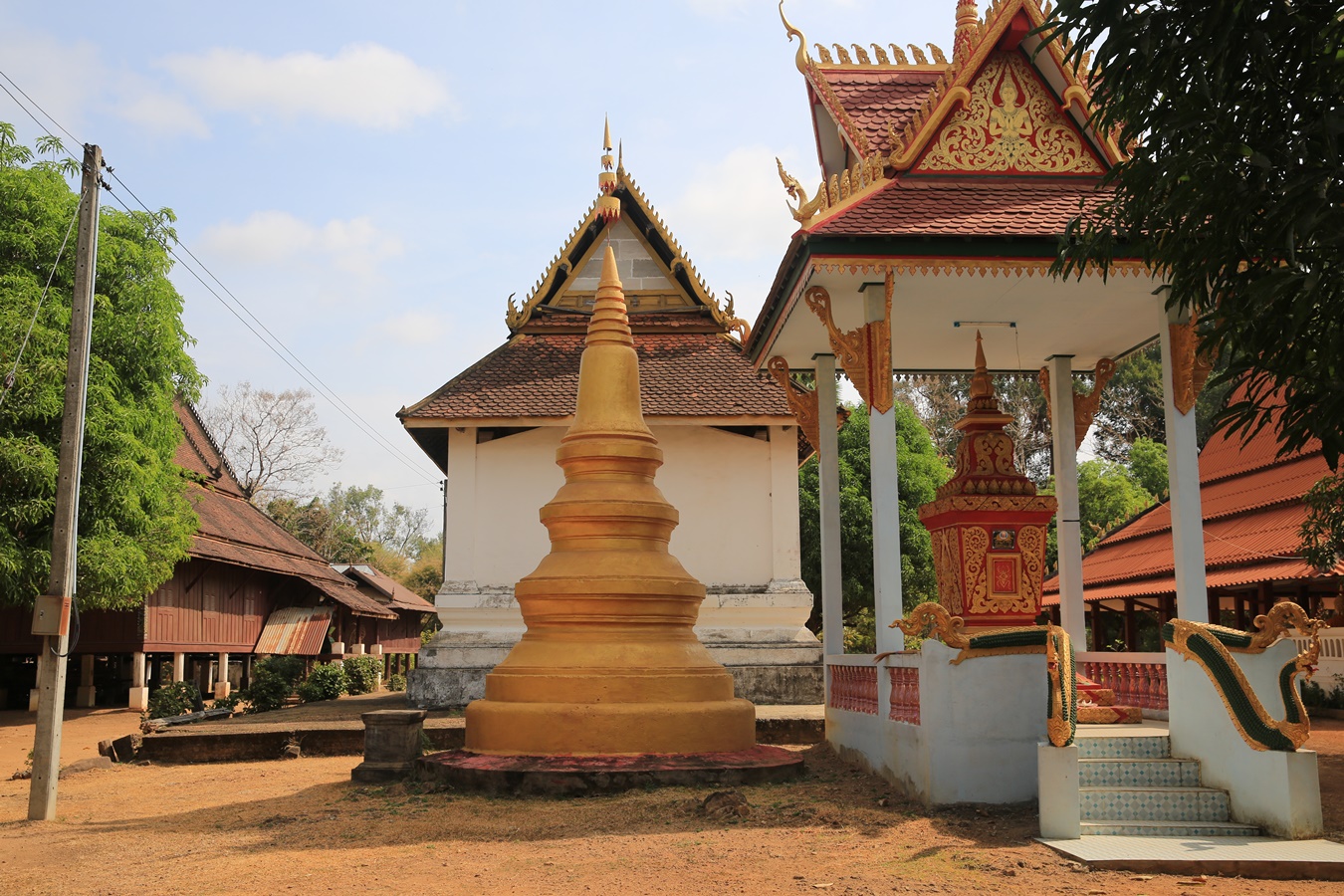 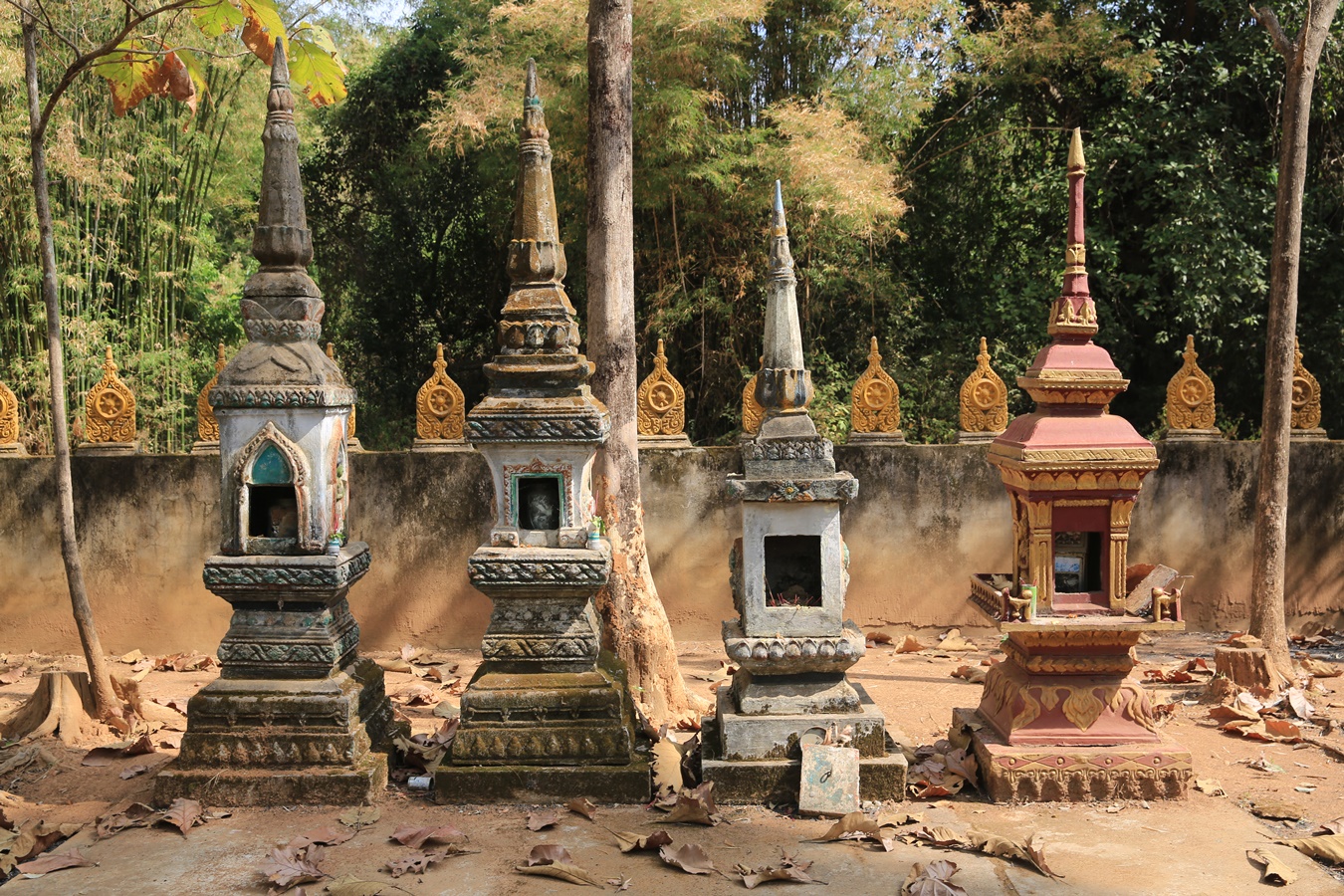 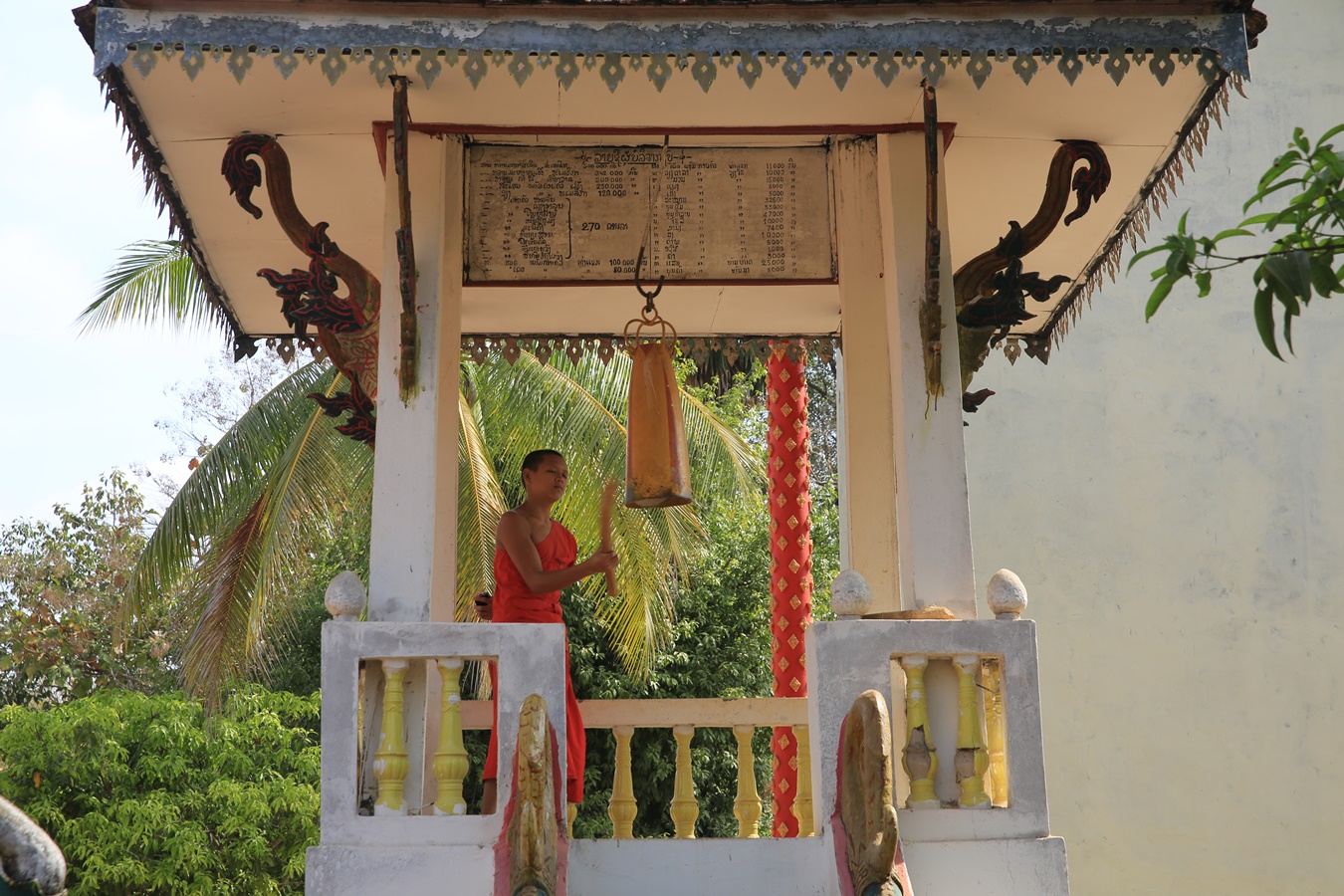 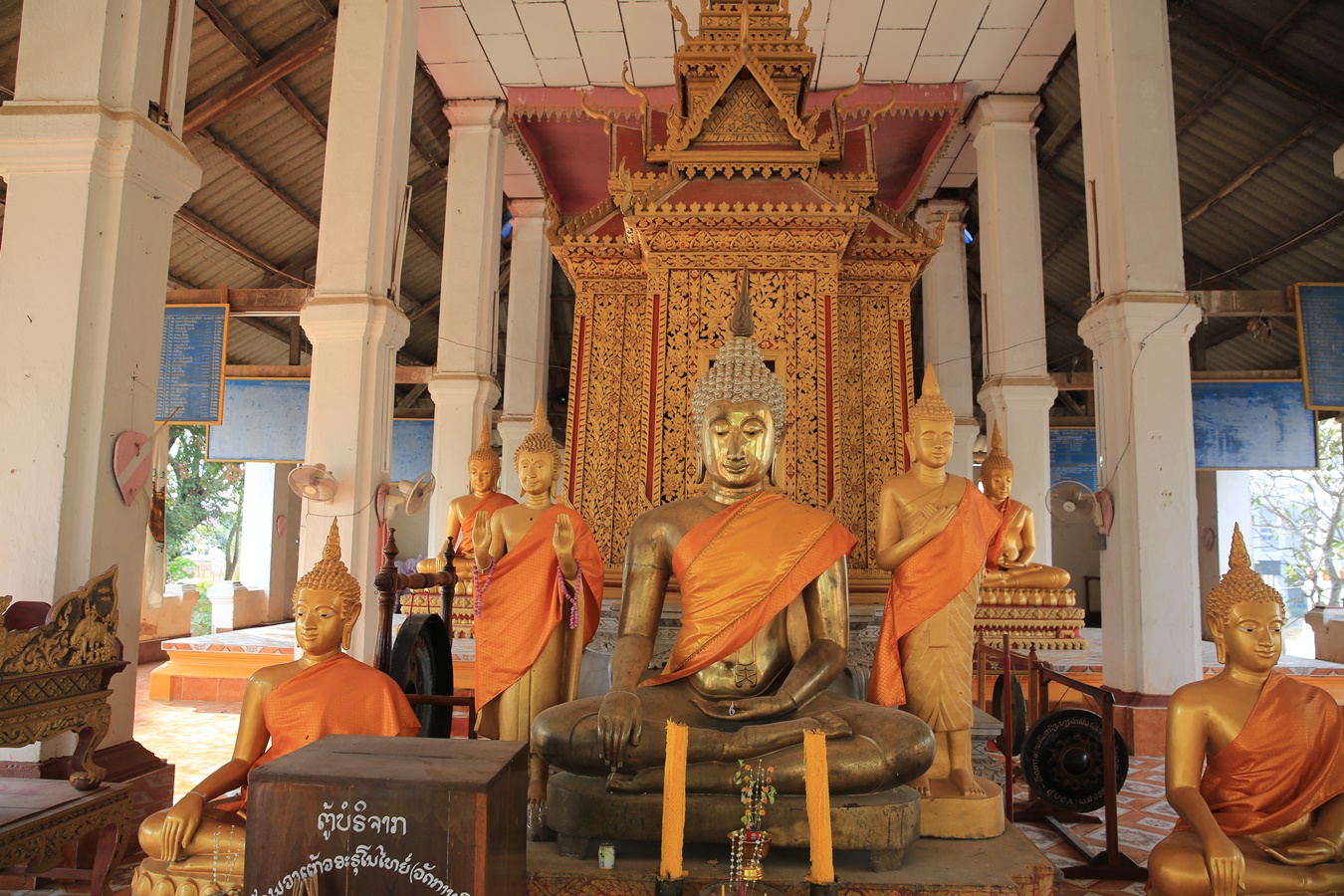 On the way through the countryside and remote villages I noticed many people and loud cries on the edge of a small village. Cockfights have a tradition all over South-East Asia. At such bloody competitions it is about high stakes and the inferior animal loses its life. The spectators were all men – they cheered the animals frenetically and loudly, and when an animal launched a supposedly decisive attack, they cheered as if someone had scored a goal. Losing bets is often a problem for whole families – men gamble away the money and the women still have to feed their children somehow. I left the arena before the end of the fight – I don’t need to see everything. 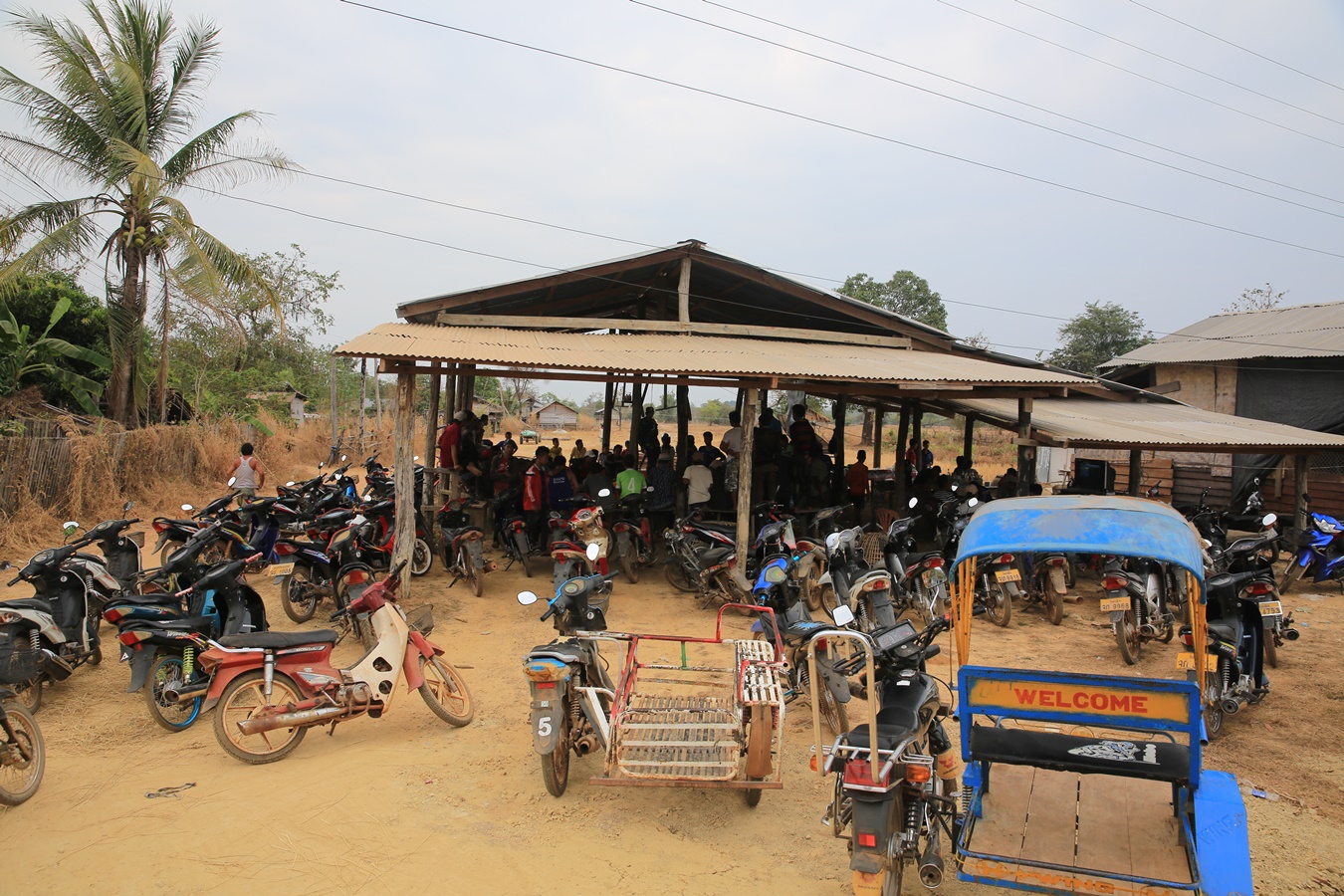 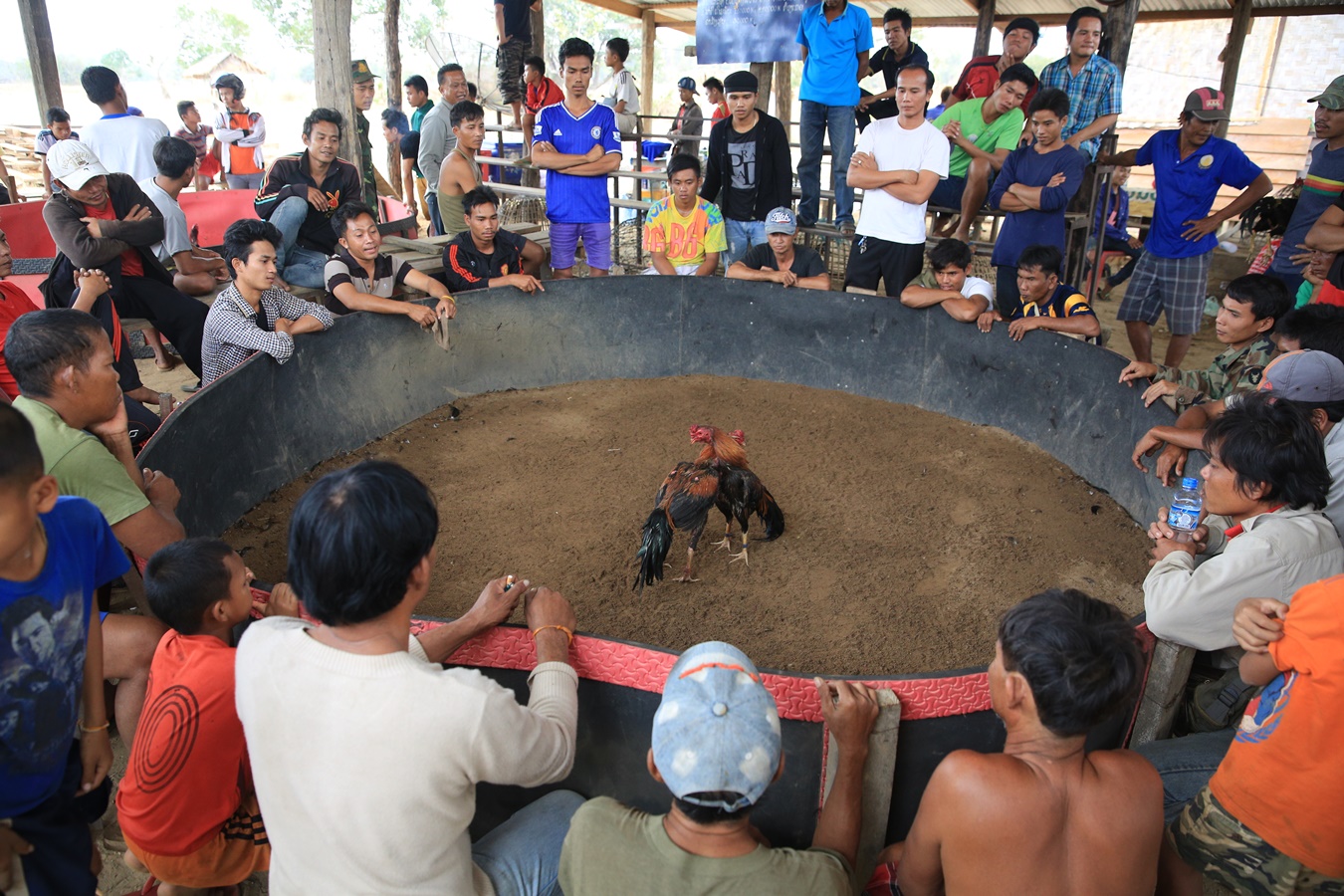 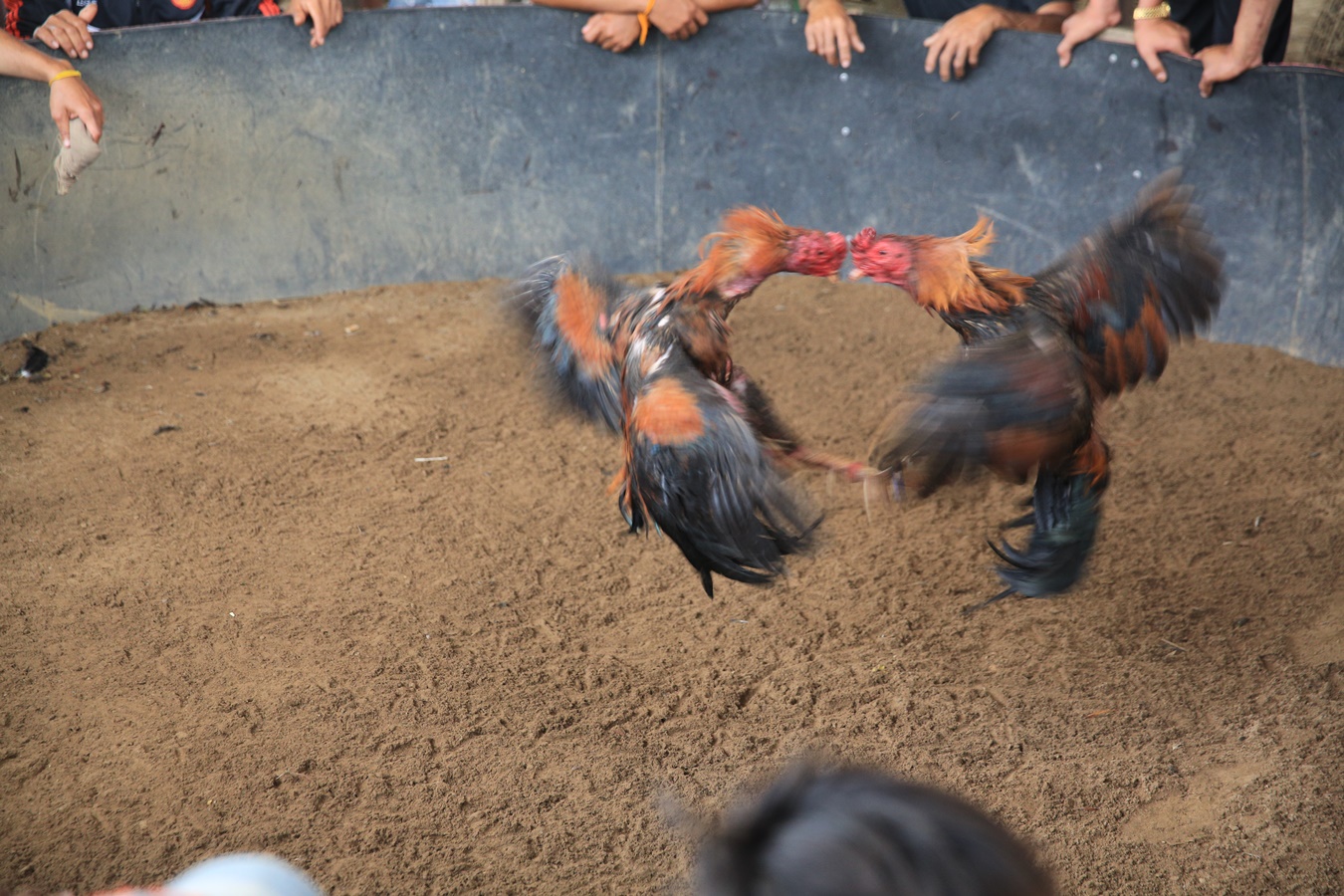 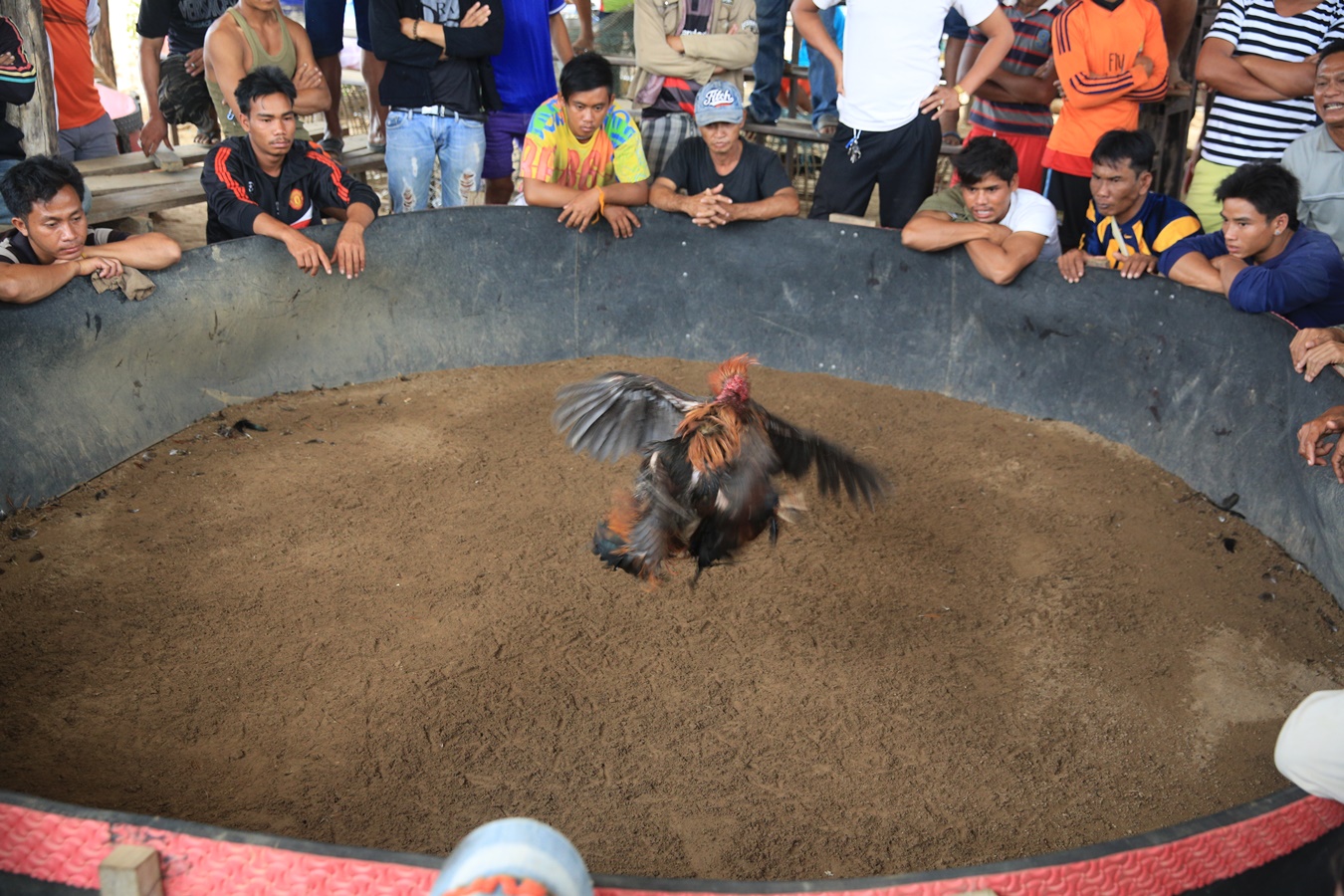 Now I have to go on to Thailand, since I need a new passport.
-Henry