It would take us about 10 hours to ride the next 500 km from Jaisalmer to Udaipur. That’s why we’d to start at 4 am – because we wanted to cover as much as possible of this distance in the cool hours of early morning – before the heat is upcoming again. Night-rides are something special in India – bad road conditions, vehicles without light and animals are making motorbike riding really dangerous. One advantage of starting early is, that there are at least not so many heavy vehicles – busses and trucks – on the road. On the other hand you have to deal with tractors, ox carts and animals while daybreak. In particular straying dogs are roaming around the roads, are crossing them unpredictable and involving always some potential danger. Myriads of dog carcasses, overrun by vehicles adorn the way. Having a collision with a dog means, to face death for bikers responding incorrectly. It is essential in such a situation, to stabilize the bike and avoid to fall. Even it is hart to say and against our natural reflexes: Don’t hit the break and no sudden steering movements when it is impossible to avoid an impact. In case of doubt: accelerate – the more stable your own balance  and the higher your kinetic energy would be, the greater is your chance not falling off the bike. This is just for small animals applicable – don’t try it with elephants or cows! We’d spoken before about such situations – Nigel had a collision with a dog without harming himself this morning. I’ve been very glad that he was reacting correctly.

On our overland journey we are reaching locations, where the people normally not be able to set their eyes on tourists. For the villagers we were appearing as walking attractions – in the age of cellphone-photography almost everybody wanted to take a selfie with us. It’s enough to stop for a break, just having some tea or water. Within minutes you are surrounded by loads of people – everybody want to be on the photo. 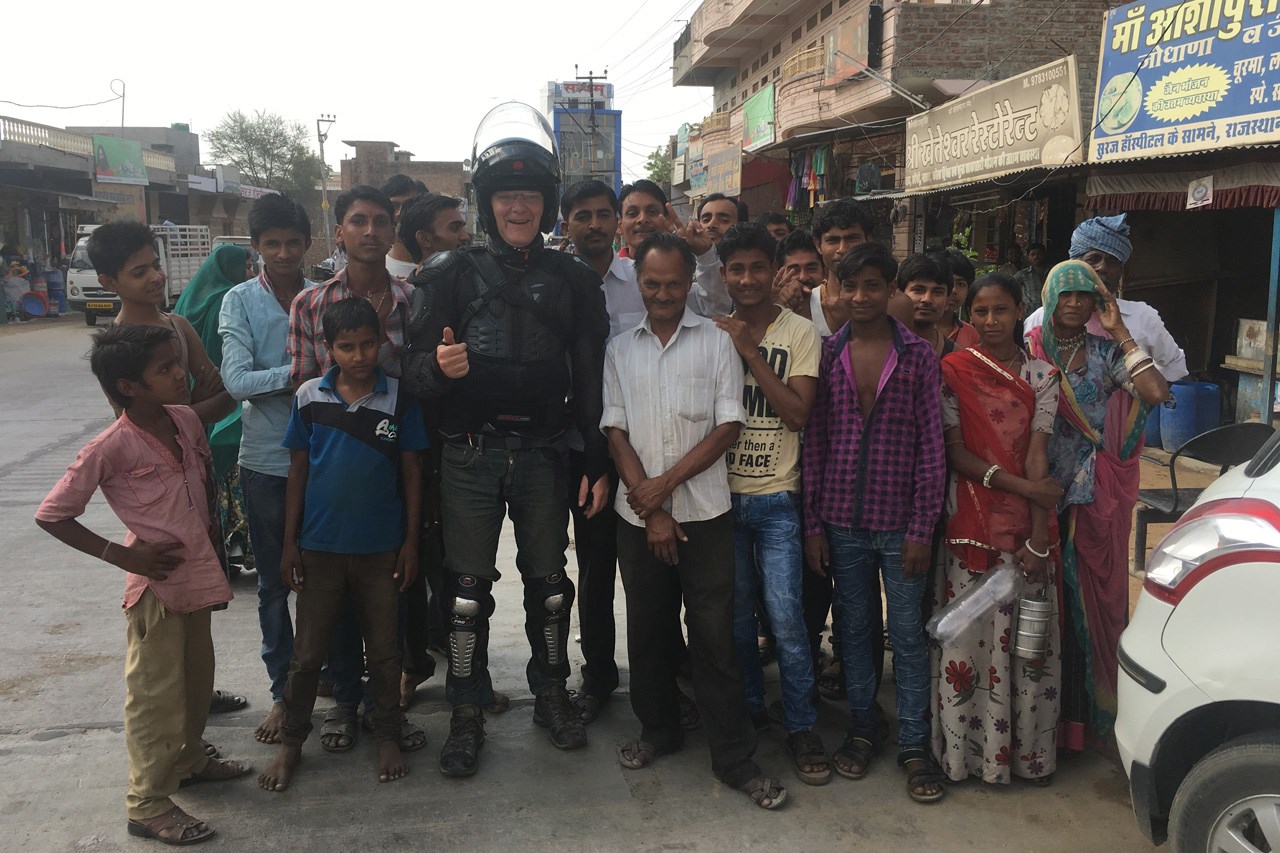 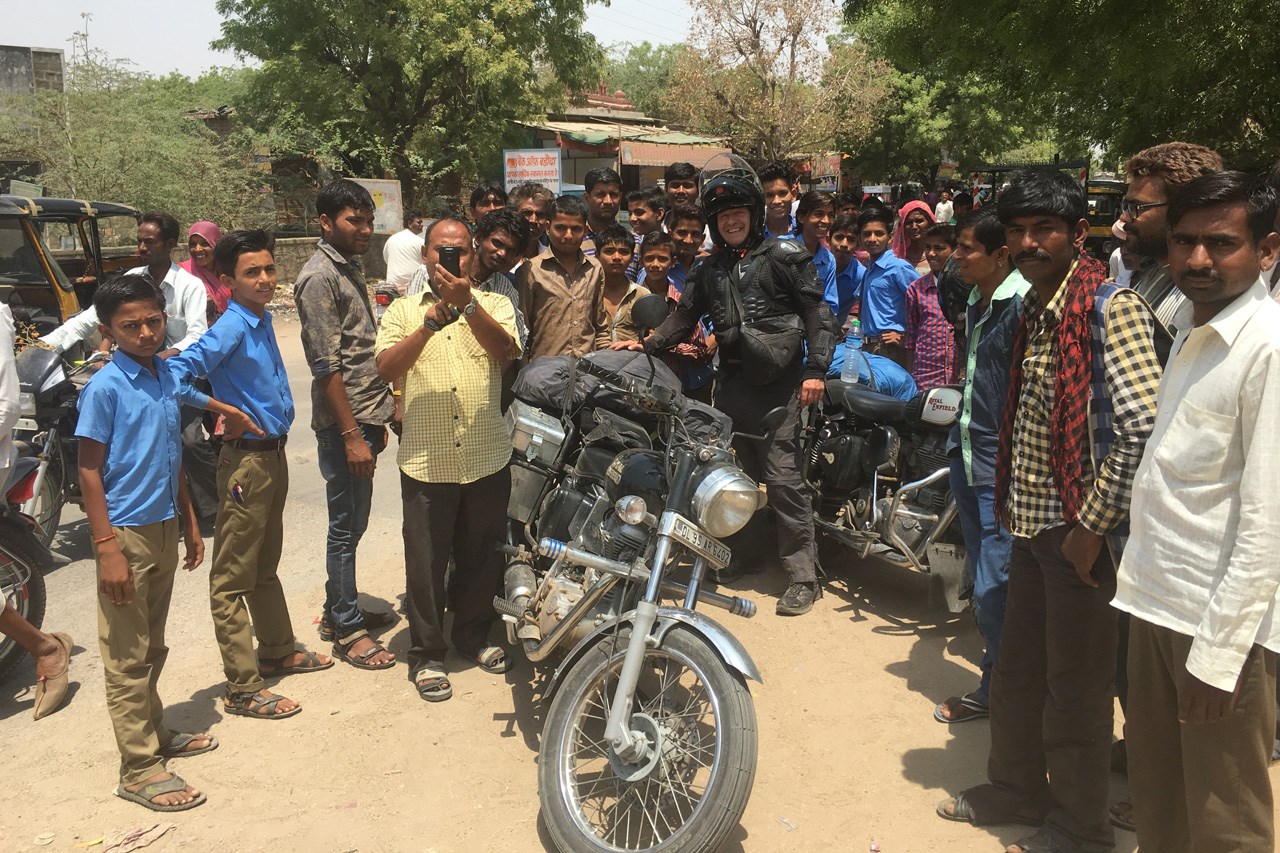 Udaipur was our last stage in Rajastham, before we were heading south to Ujjain for joining Kumbh Mela. Udaipur is located at two lakes and therefore it is called „Venice of the east“. Like other older cities in Rajasthan, the historic center of Udaipur seems to be a widely branched labyrinth of narrow streets and alleys. Numerous palaces, temples and havelis are providing an extraordinary, oriental flair. 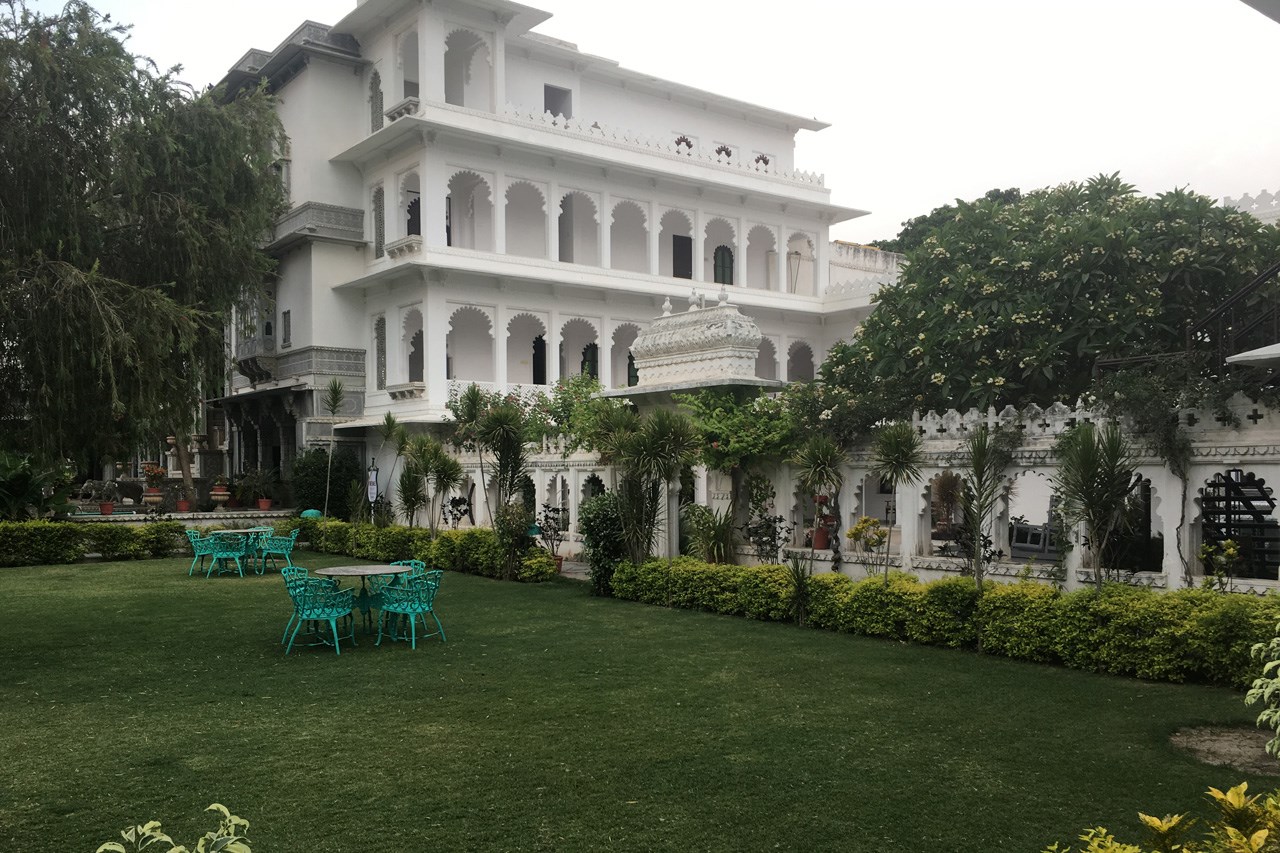 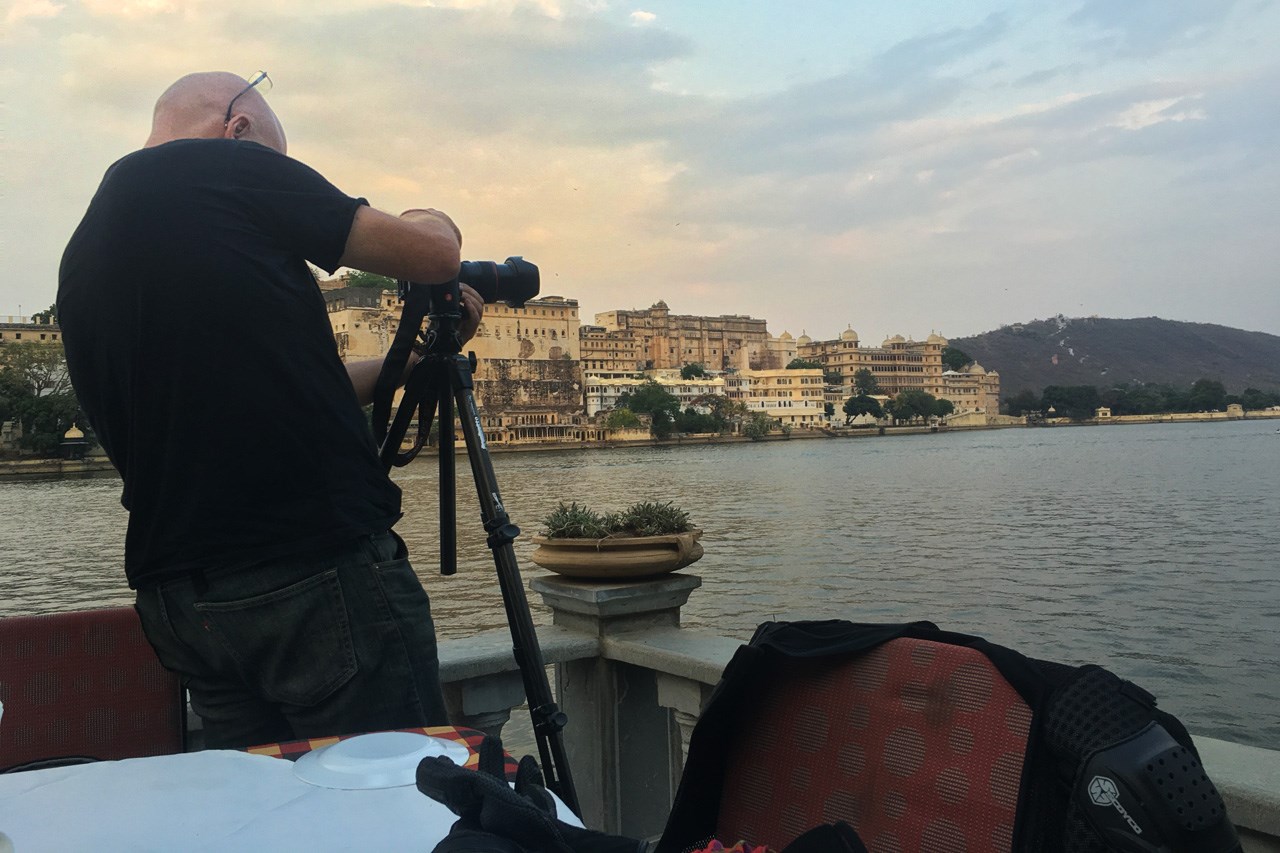 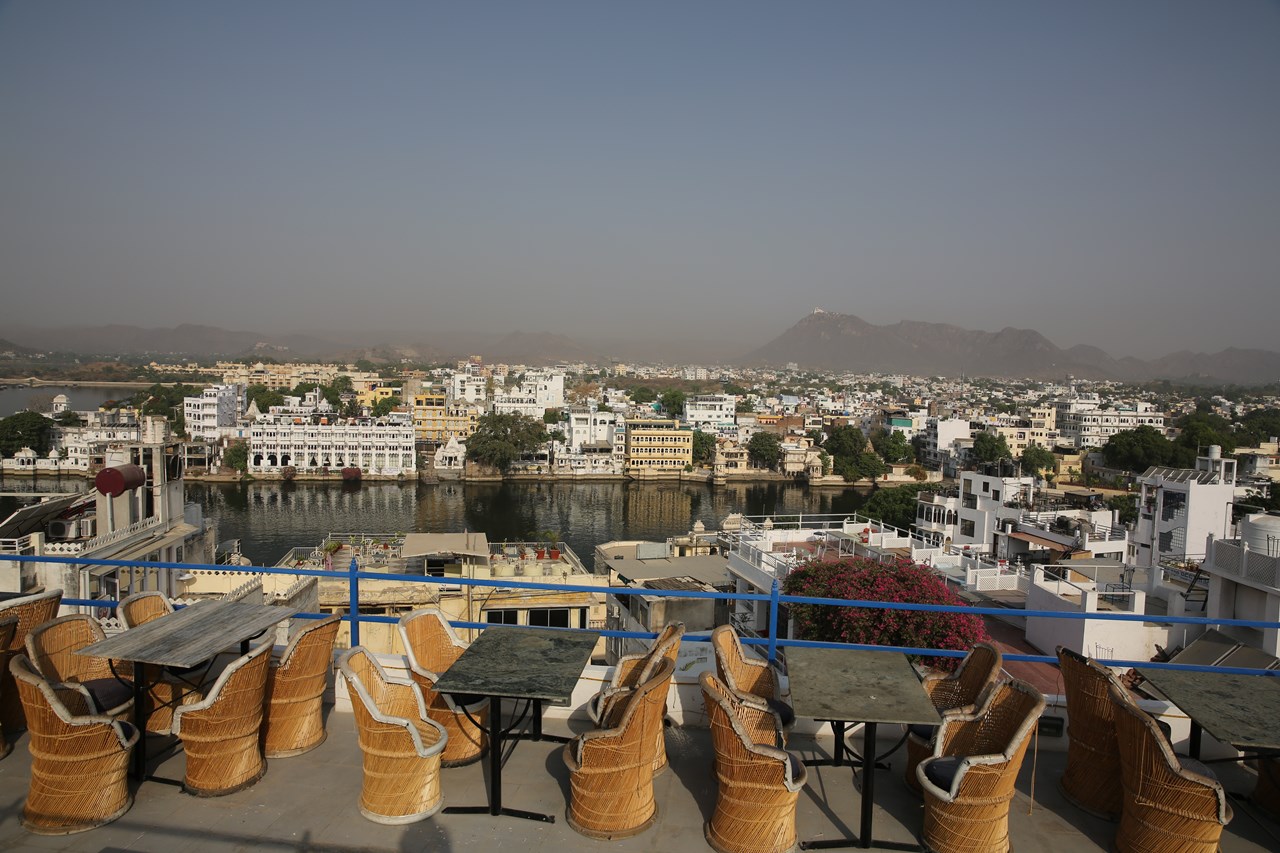 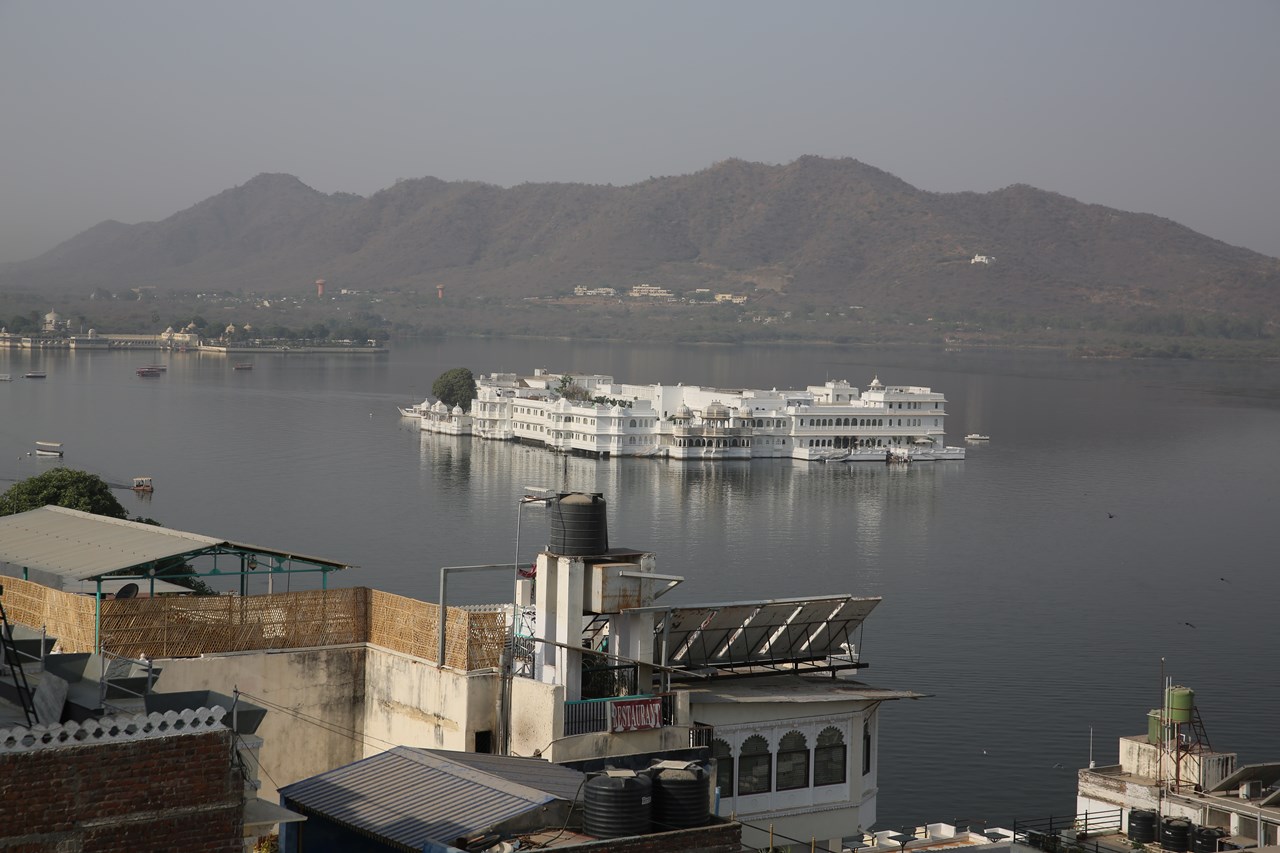 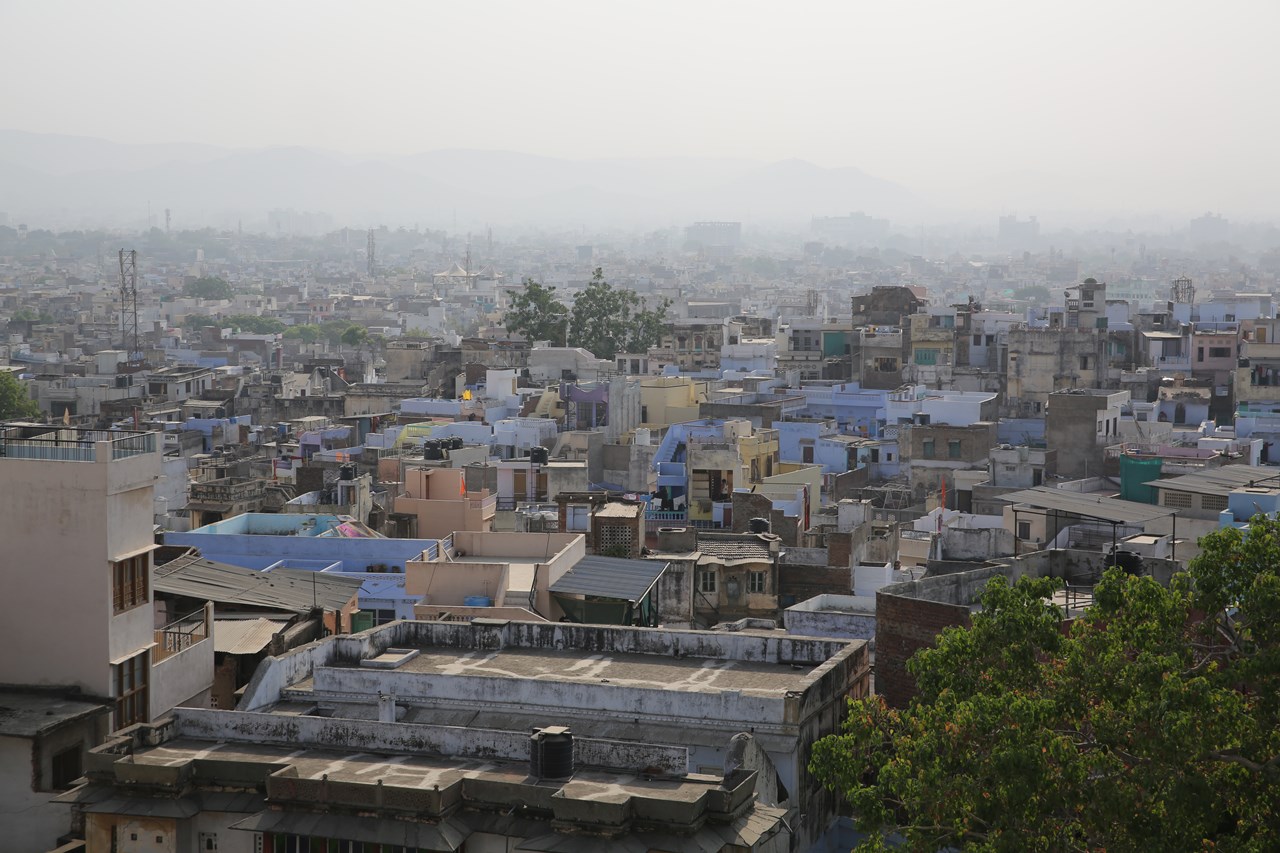 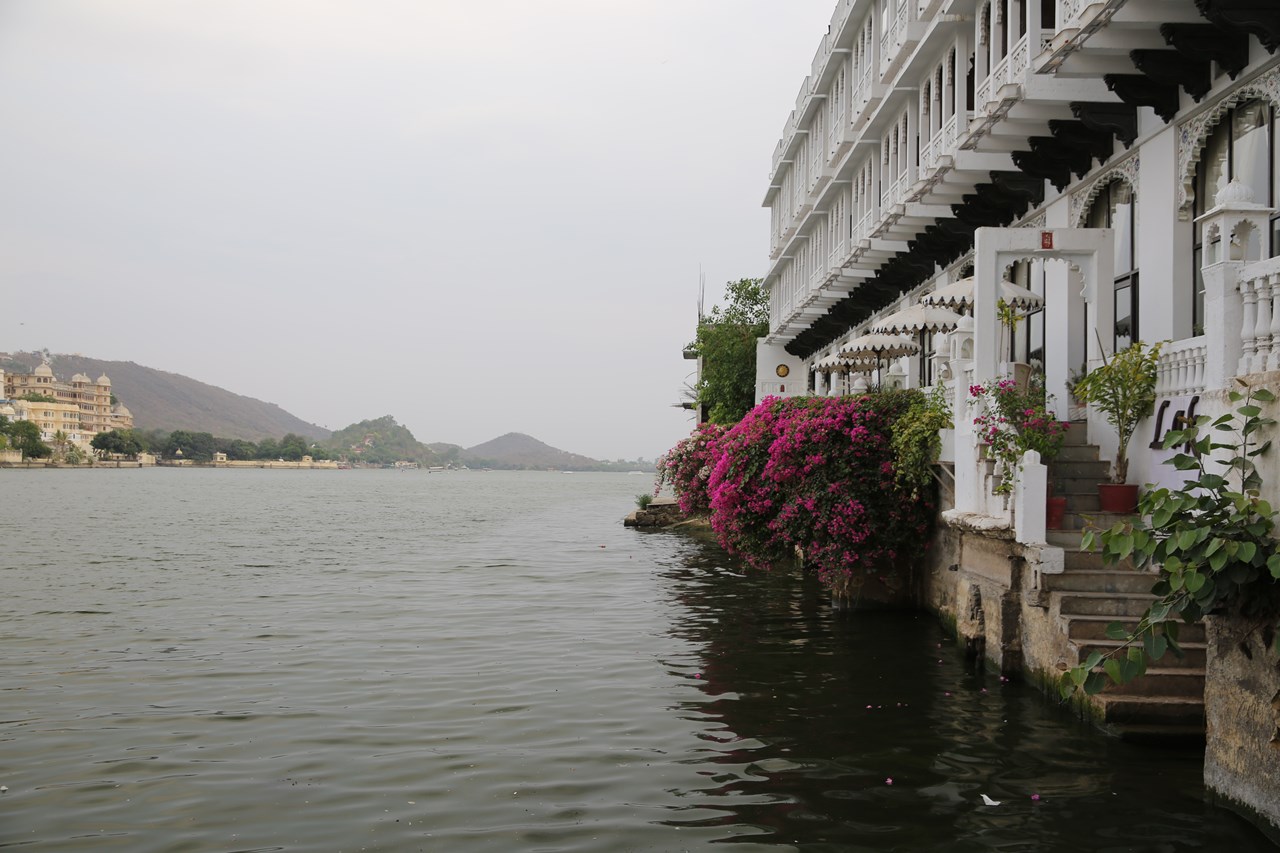 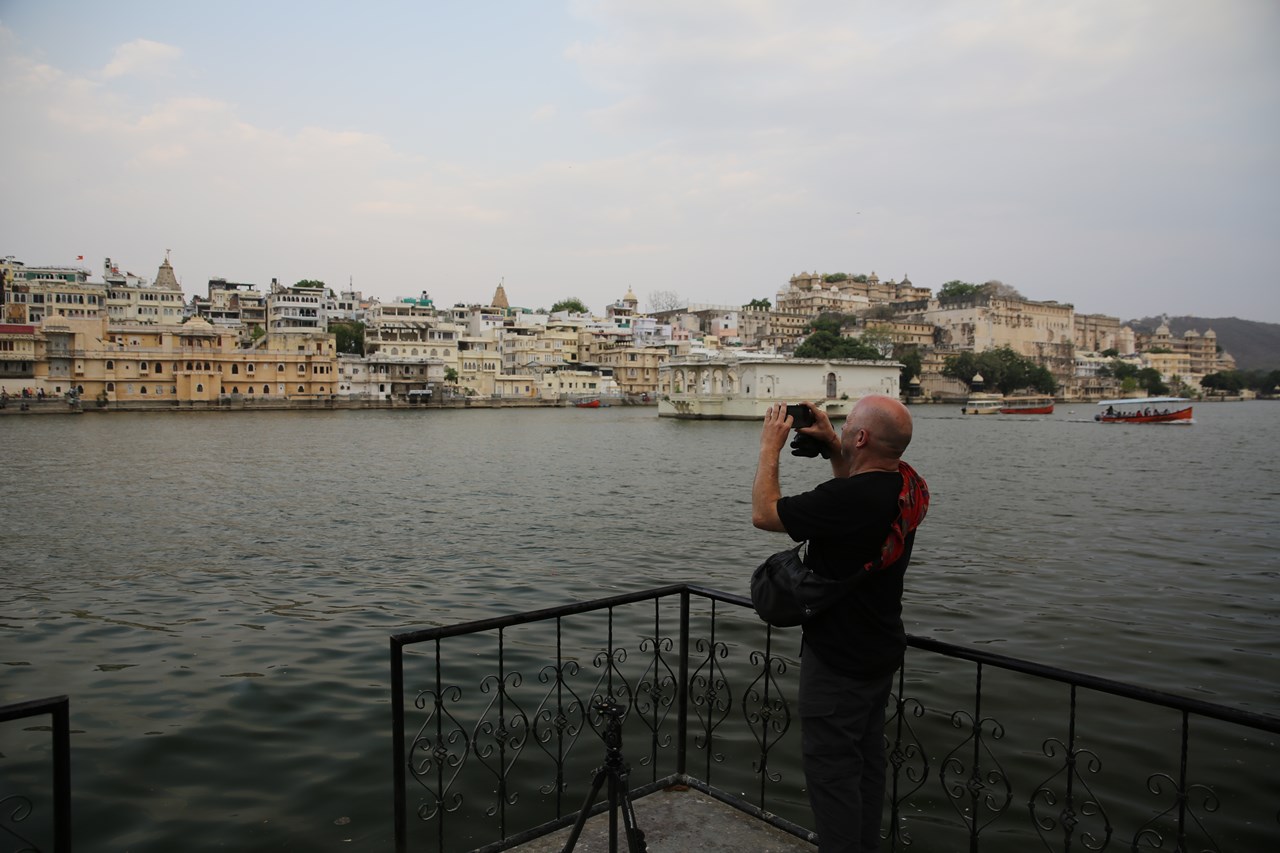 Close to the city on a hill you can find the monsoon palace – a 18th century ruin providing gorgeous views over both lakes and the city. This hill was declared as a nature reserve 15 years ago and is now a place of retreat for the last wild leopards in this region. 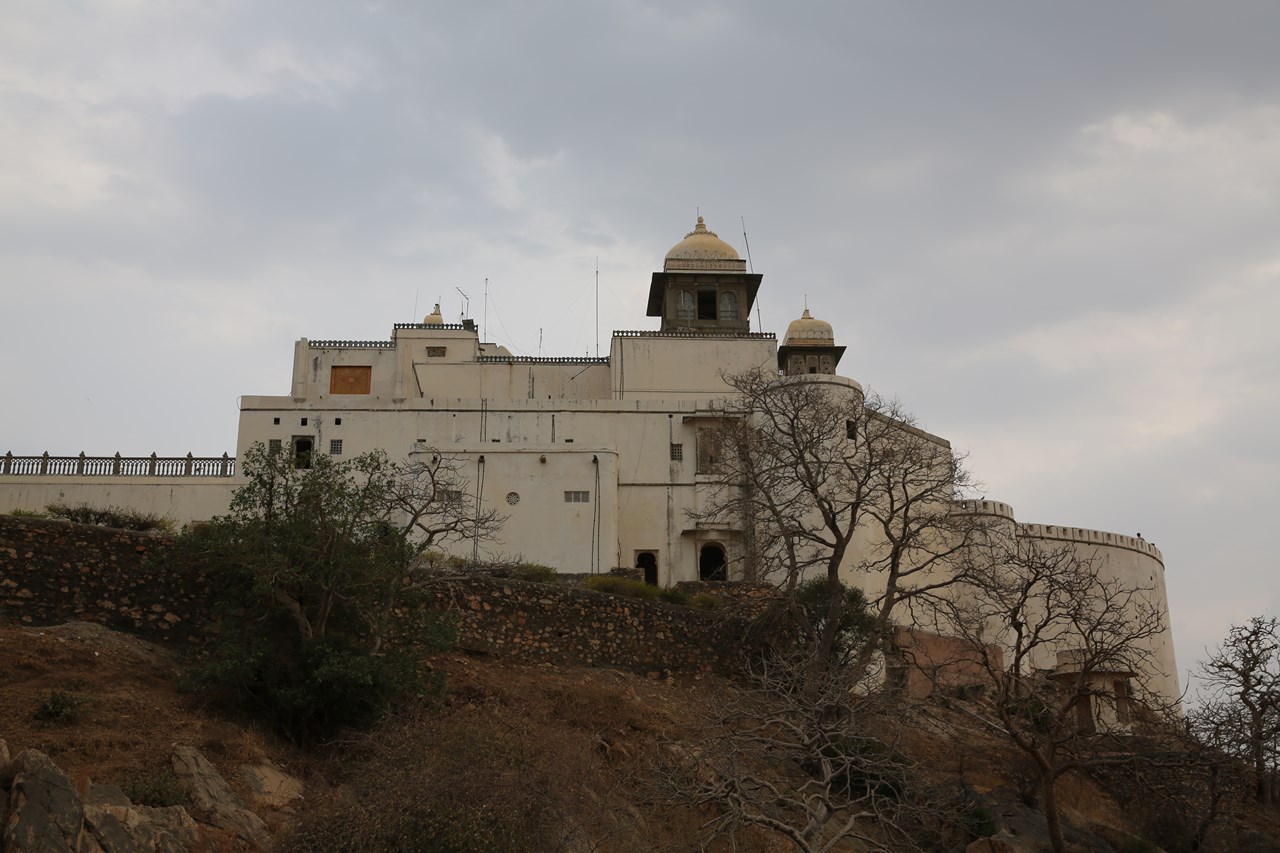 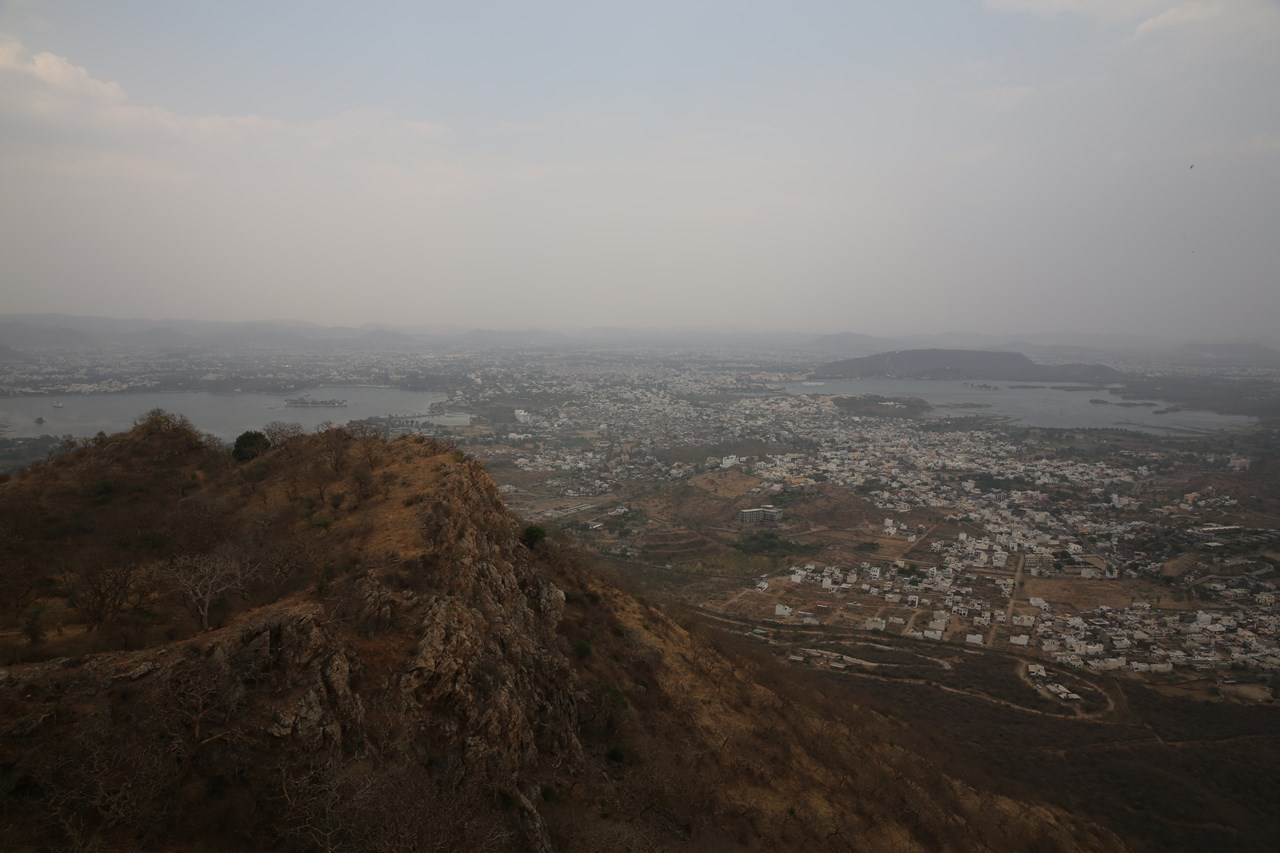 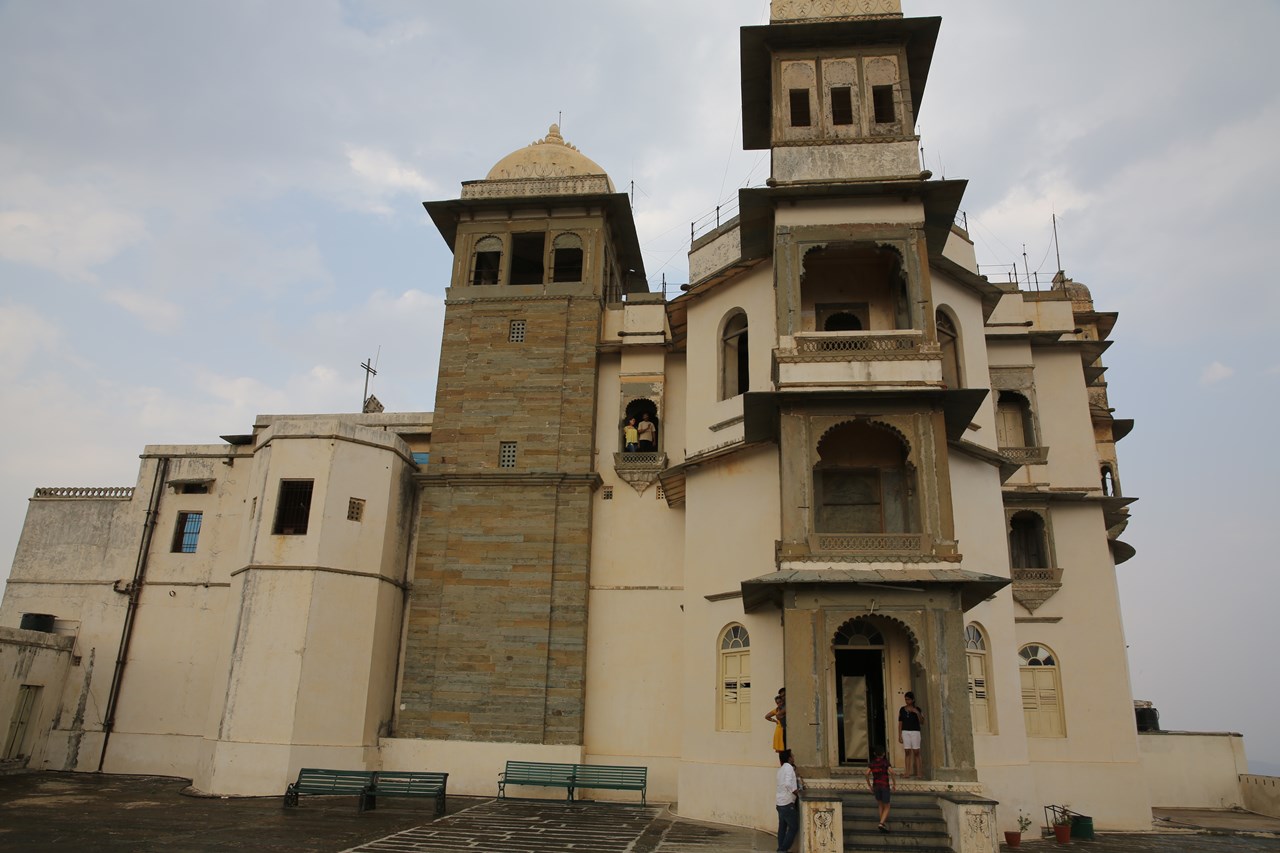 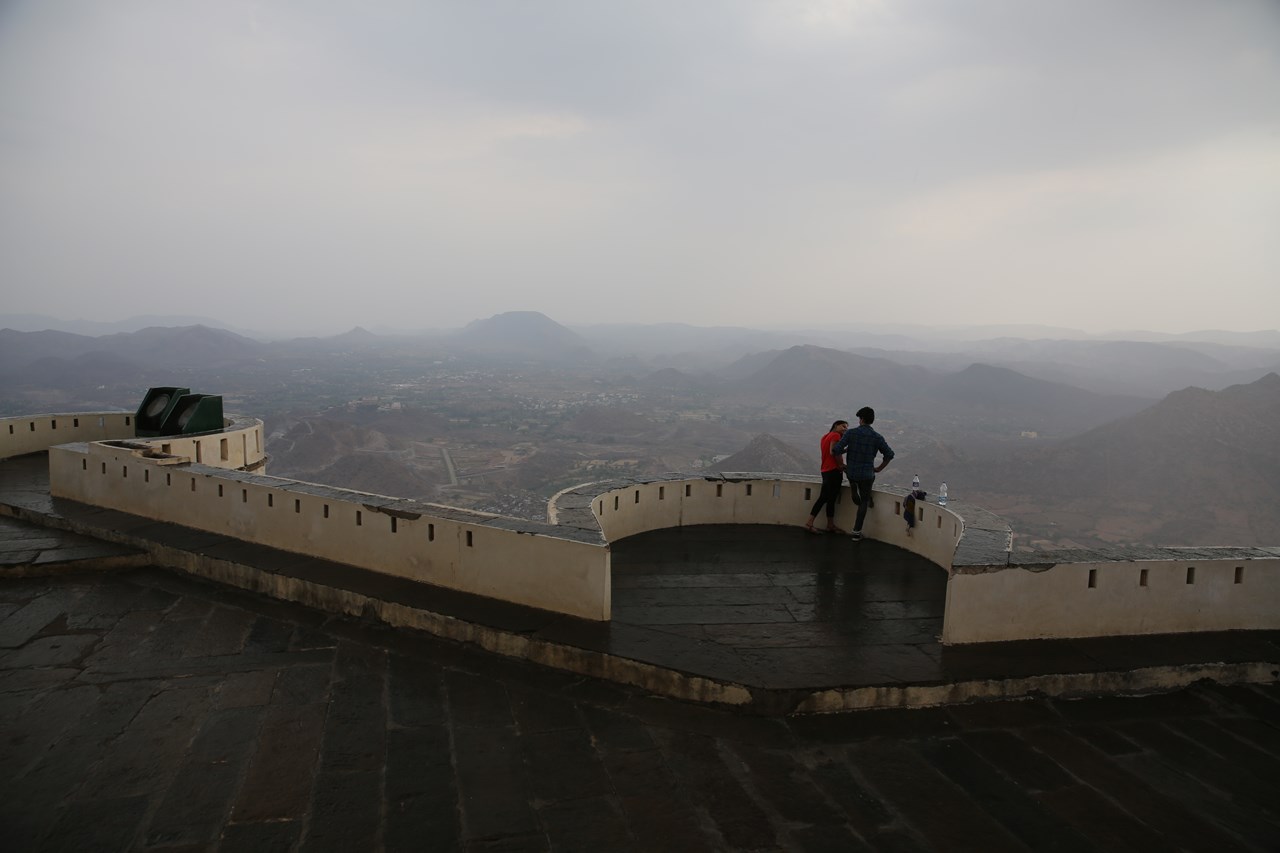 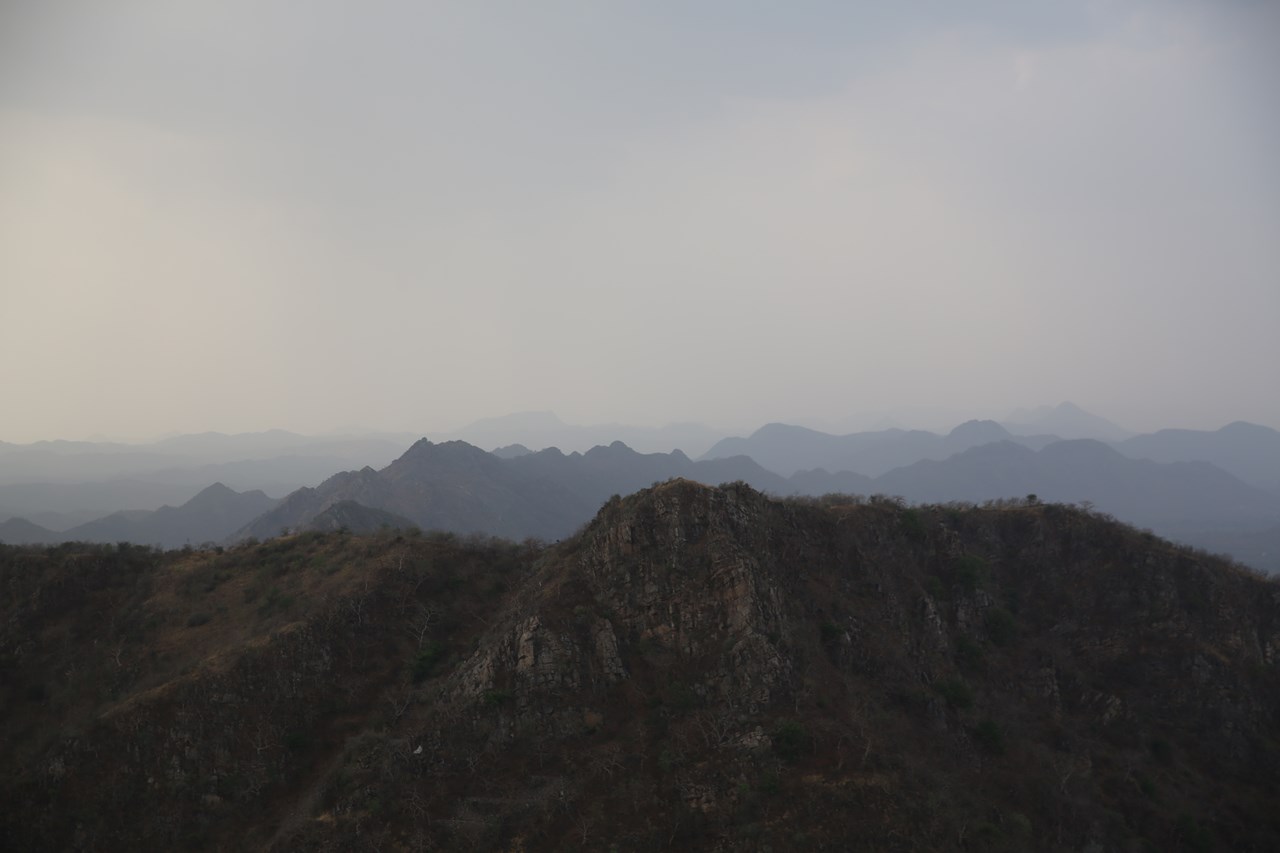 Udaipur became also famous as film location of the James Bond movie „Octopussy“, who was produced partially in this city. The city palace and the lake palace have been particularly emphasized in this movie. 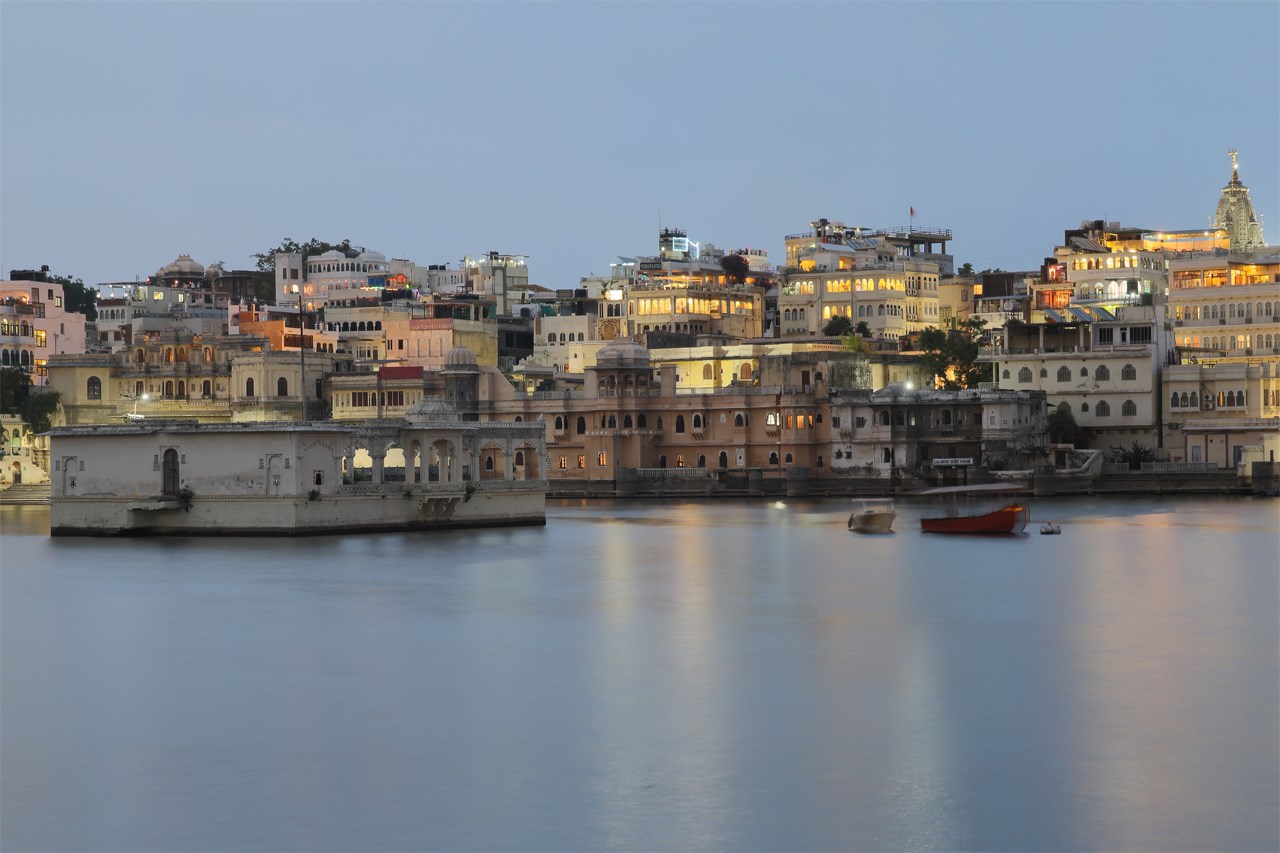 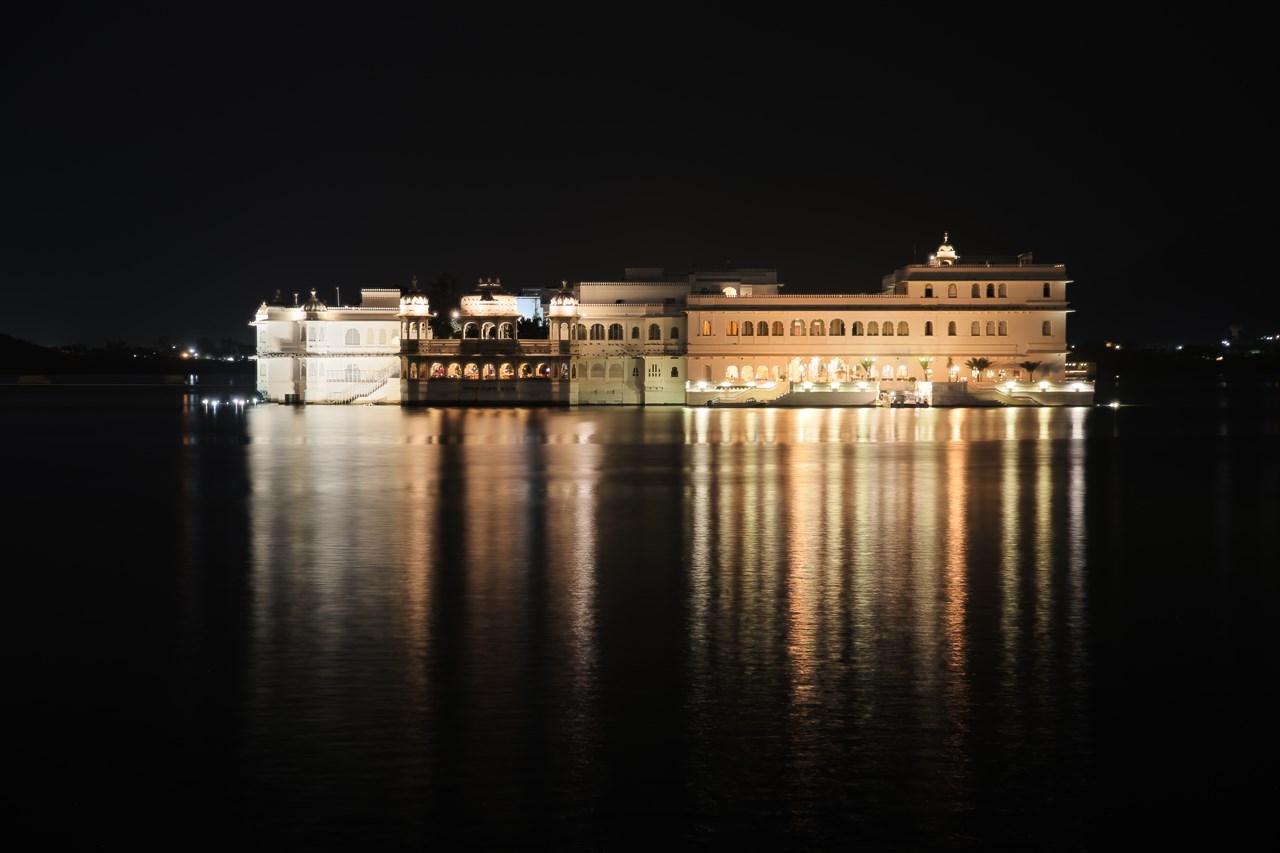 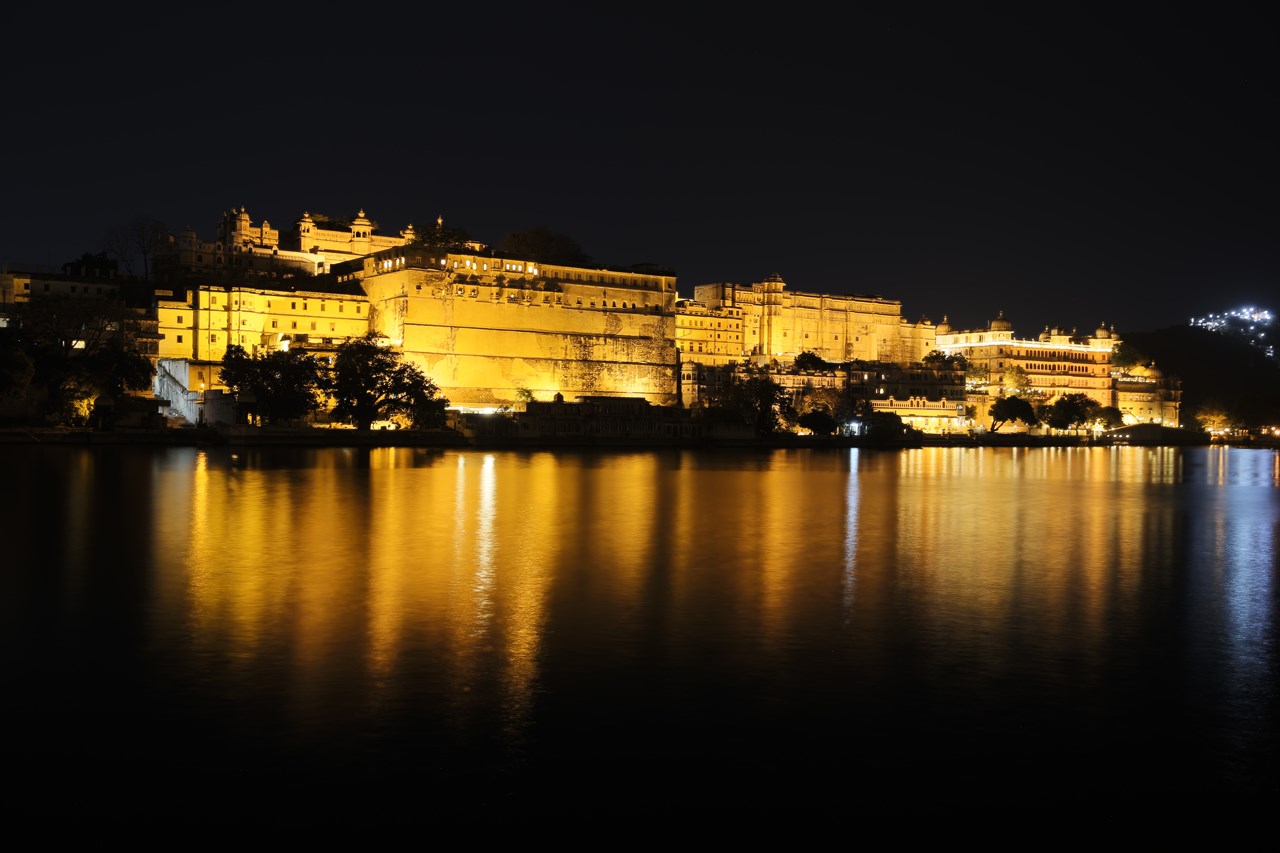 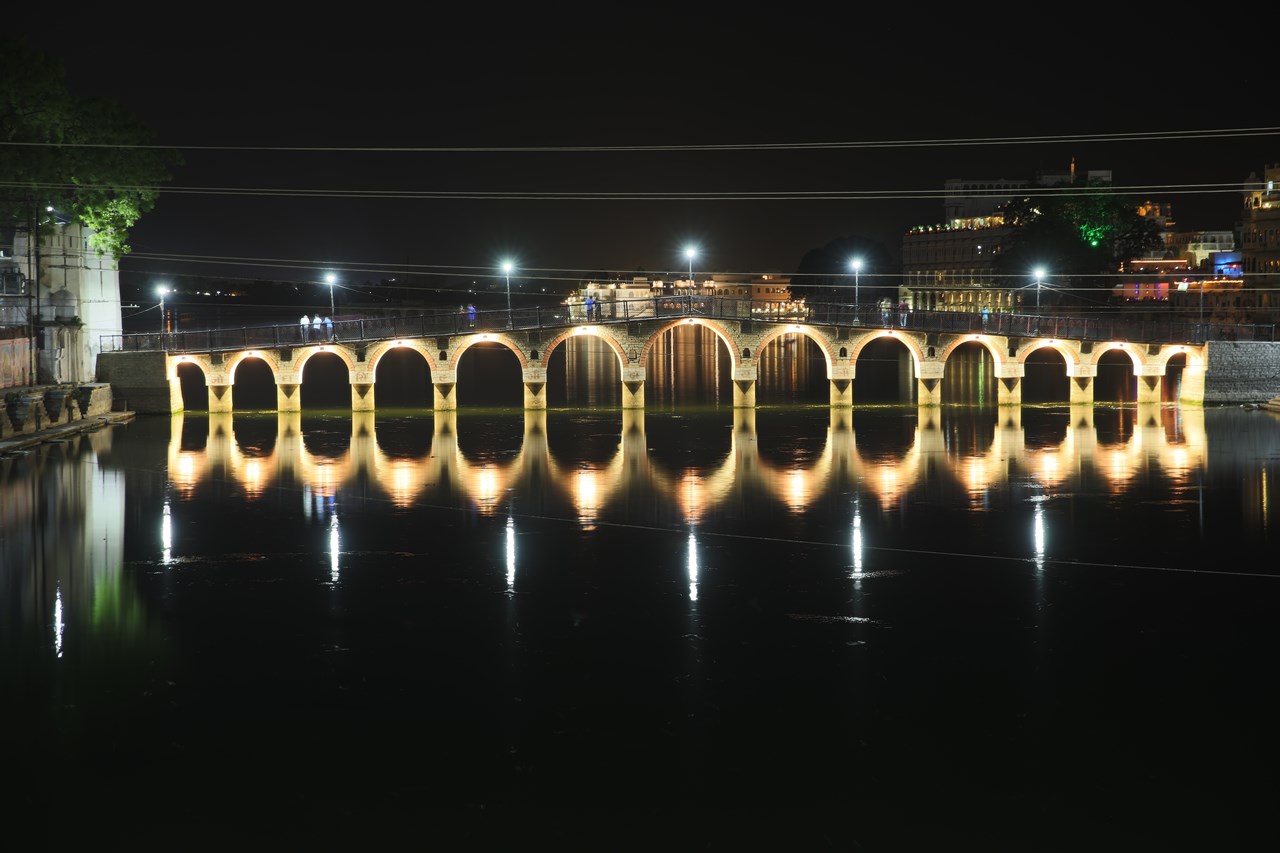 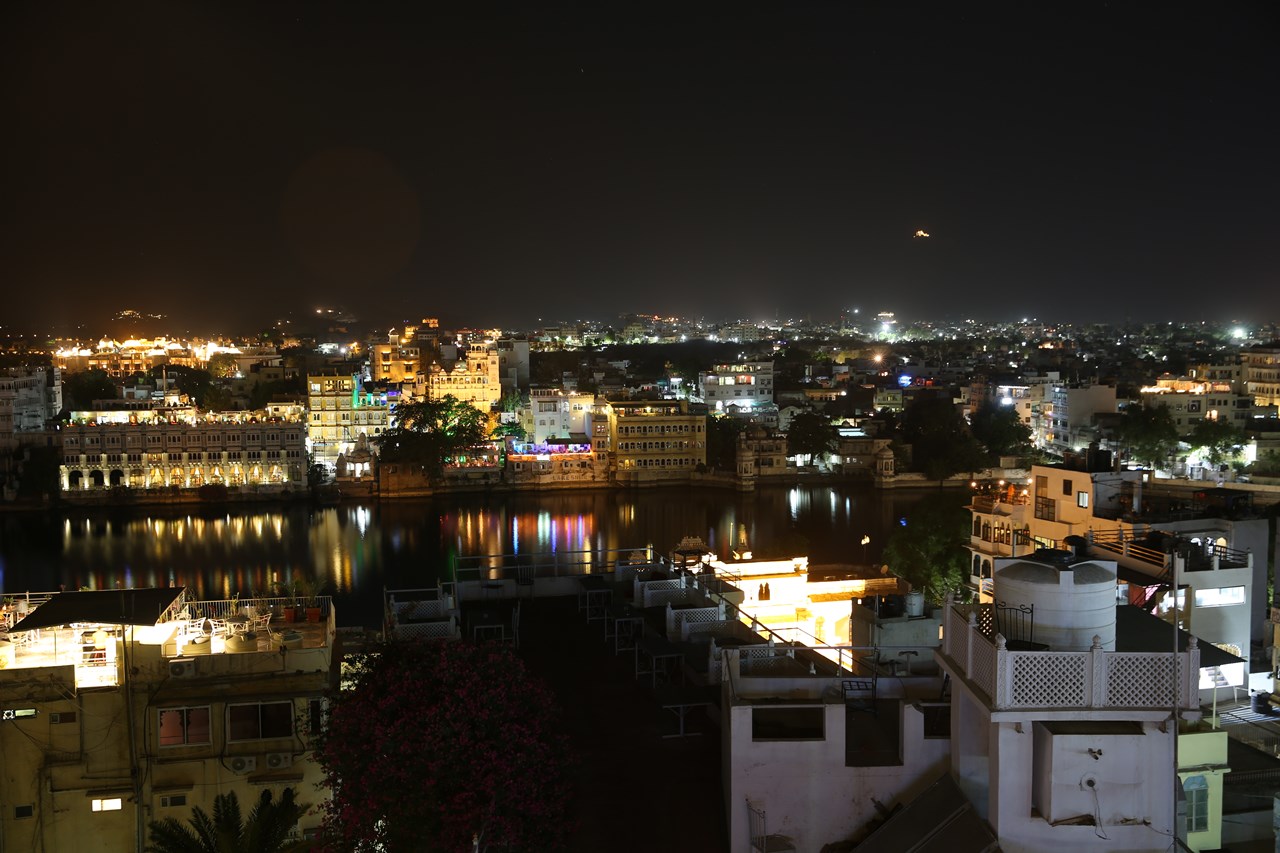 We couldn’t really dip in this city. To stay more than 2 nights was not possible, because we wanted to join the Shukla/Akshey Tritya festival at Kumbh Mela in Ujaiin on 9th of may 3 am. Ujjain is about 350 km south of Udaipur. To be in time at this huge festival, we’d to start in the evening before at 9 pm from Udaipur. This night ride was like hell – myriads of pilgrims had the same idea like us – this vast traffic volume was horrible. Around midnight we were able to stop for a short nap at one of the restaurants along the road. 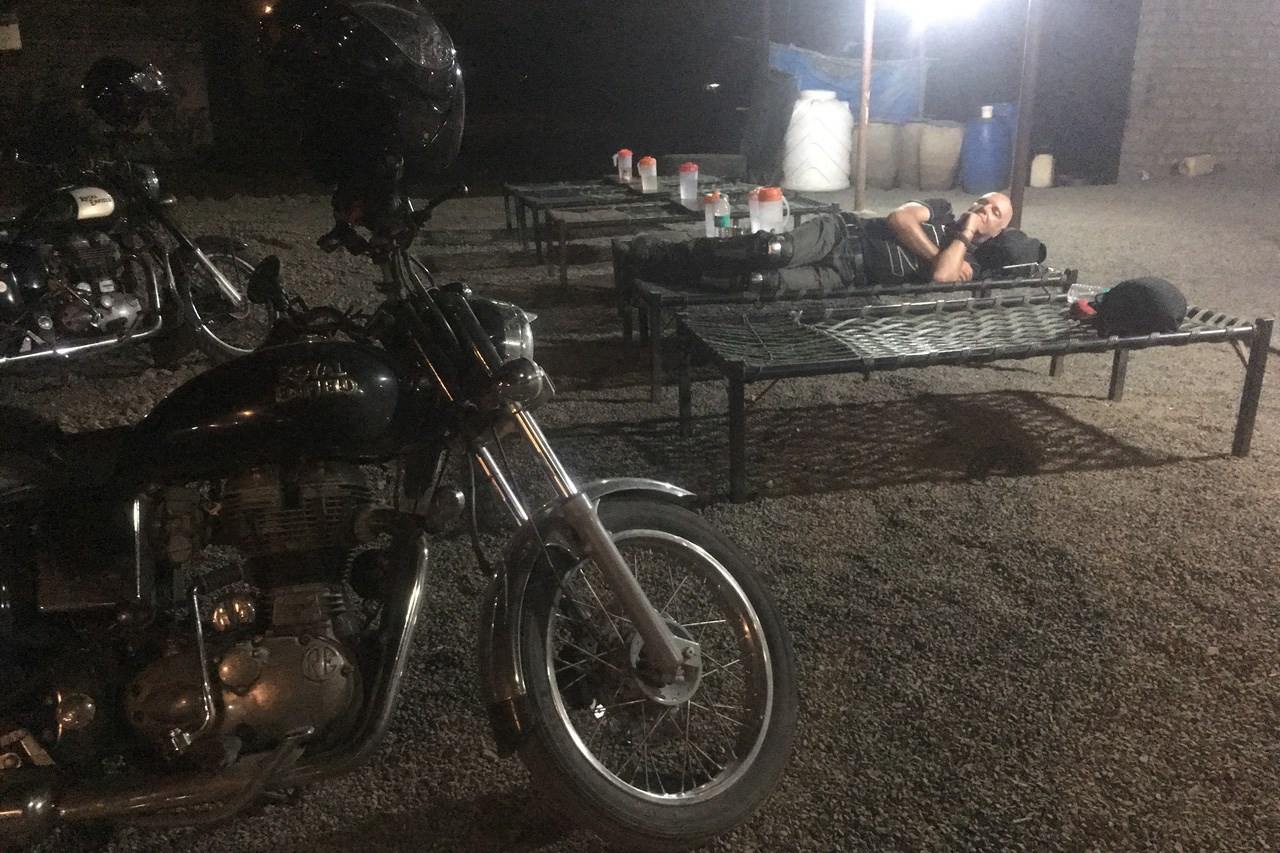 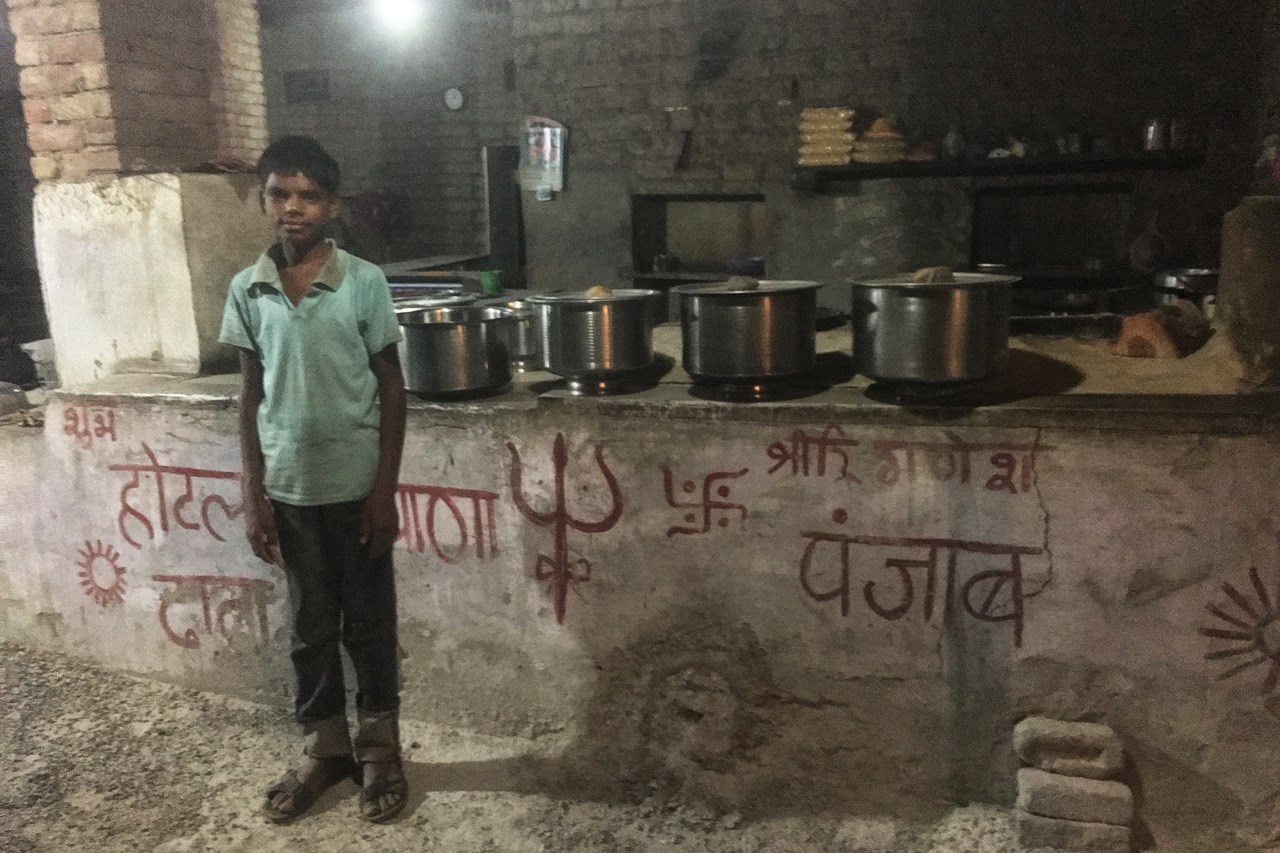 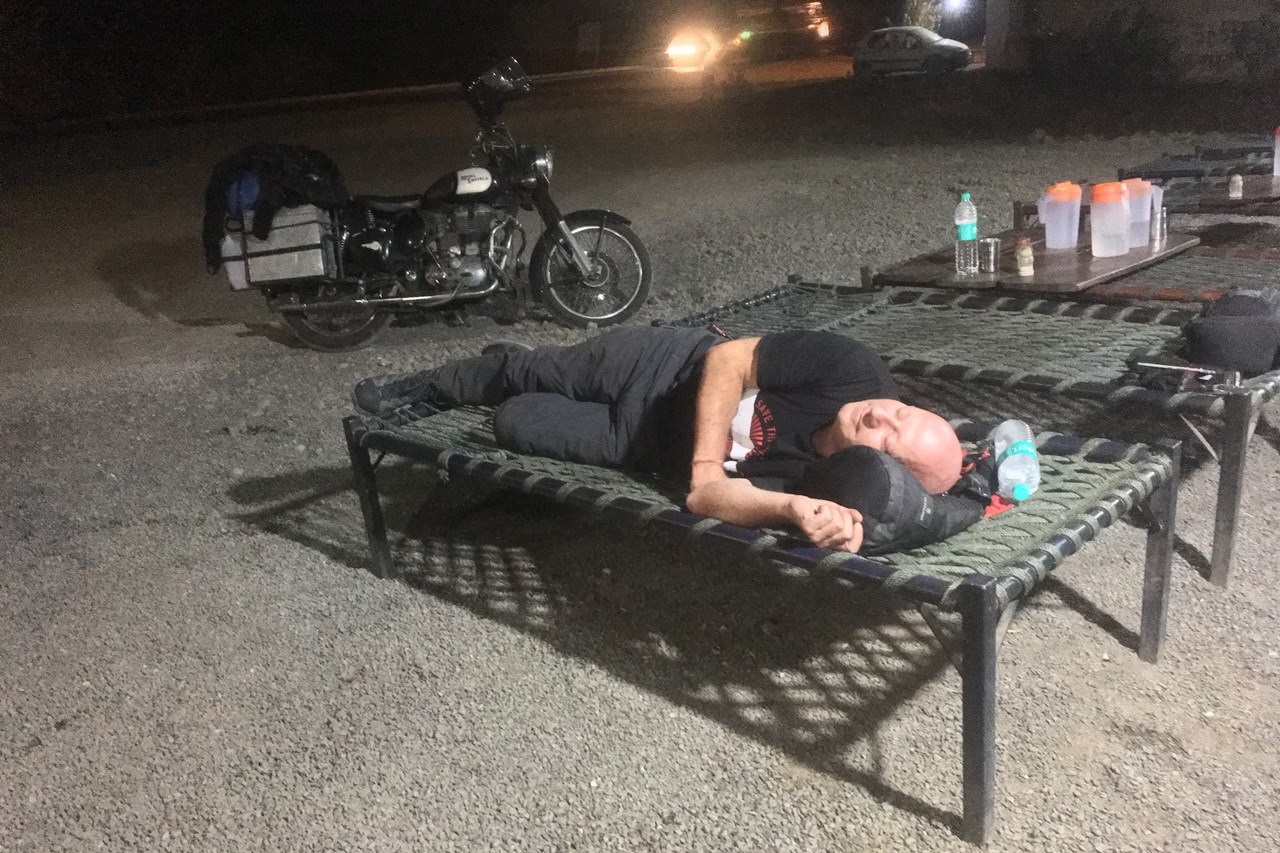